Swipey Rogue is a fast paced, auto-running dungeon crawler that crams elements of Rogues and RPGs into a bite-sized experience that's both action packed and thought provoking. Puzzle your way through each room relying on quick reflexes and pattern recognition. Level design has just passed a major milestone. The first of four worlds, the Lava World is now complete with 50 levels polished and ready to ship. Read on for screenshot previews of the lava world levels. 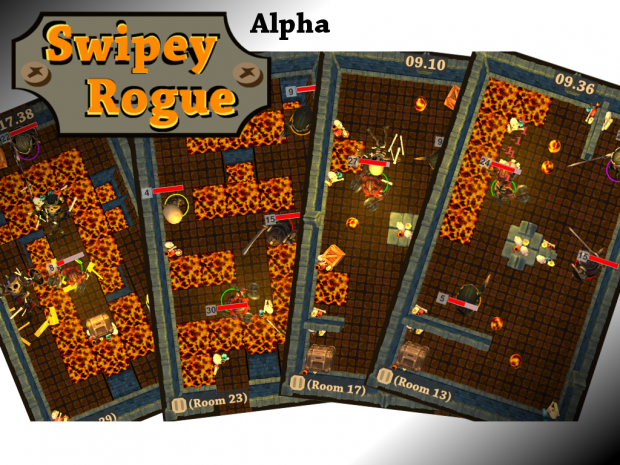 In this video update, I play through some levels and share the new enemy models and aesthetic polish. The crates and enemies now toss debris when they're smashed (crates toss wood bits, skeletons toss bones). The enemy corpses remain in the level now, and hit damage numbers fly off the player and enemies during combat.

The underground mines that you explore in Swipey Rogue are broken into 4 elemental themed areas. The Lava World is full of lava flows, lava pits, and fireballs. I just finished polishing the last of the 50 levels in the lava world so I'm celebrating by sharing some shots of a selection of the first 50 levels.

I'm really happy with the amount of tweaking that they've gone through. A diverse set of people have been playtesting and I've been absorbing all of their feedback about pain points and massaging things along the way. 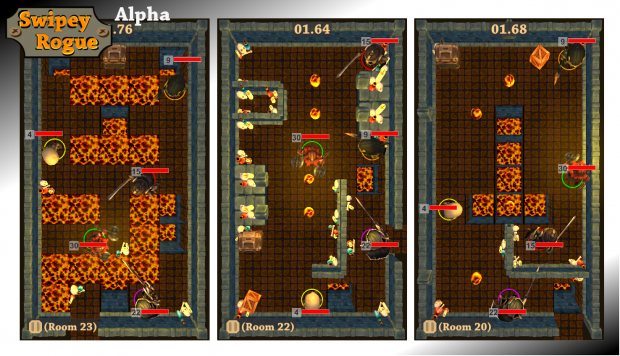 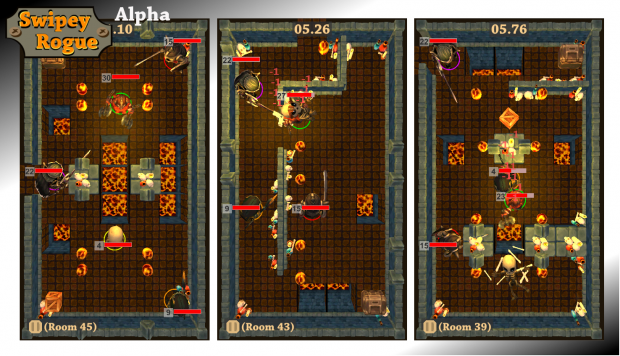 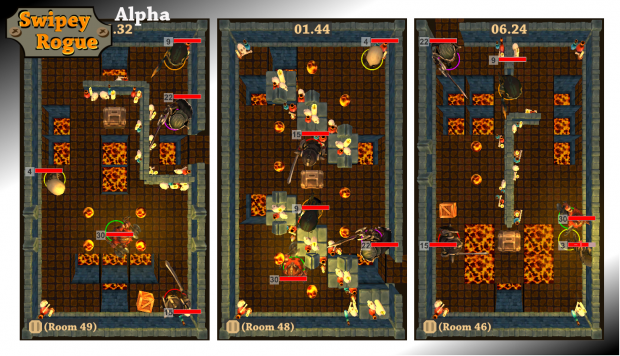 Development on the remaining worlds will continue through March as I overhaul all the 2D art in parallel with the artist who is making the new art. I'm looking forward to sharing more as things develop, and I can't wait to release so everyone can play.