Swipey Rogue is an arcade mashup of swipe-action, auto-running and dungeon-crawling, room-puzzling. It's my first fully independent game and work is slowly but surely coming near the end! I've completed the main gameplay mechanics for the 4th and final area of the world: Magic Area, and I've designed the first set of its levels for Challenge Saga mode. I can move on to polishing the Rogue Run mode next then I'll have a really polished press build to share and test while I add more levels. 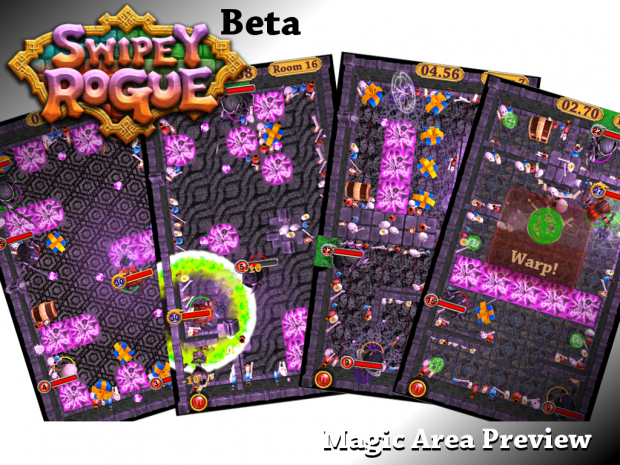 I posted up a new video devlog with a full preview of all the new gameplay. I demo outside at dusk for extra Magical effect, haha. Check it out, enjoy!

Here's a couple new gameplay gifs showing off the Player Warps and the Enemy Warps, both new gameplay features recently added to the Magic Area.

I've renamed the game modes again for clarity. Check it out. I've also updated the Challenge Saga overworld menu. The new background looks better, and I've included links to the leaderboards for each section. The titles look tilted because they are, all titles rock back and forth now to give the menus a little bit of life. 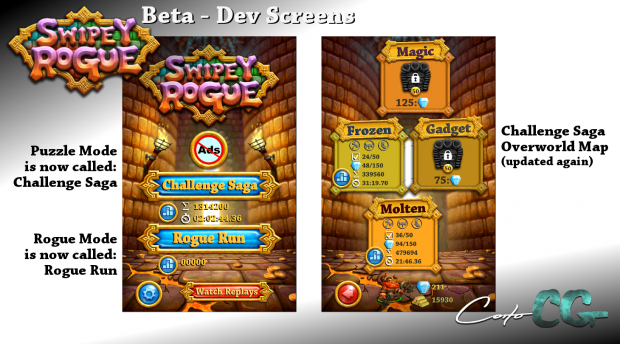 So the point of Challenge Saga is to have a huge pile of pre-designed rooms to play that both introduce all the gameplay mechanics for each area, and offer challenges that you can thrash on and try to 100%. Each area has its own progression menu with stats showing your progress in the area, and how many challenges you've completed in each room. This meta-gameplay is very reminiscent of games like Retry and Candy Crush Saga, so I wanted to include something in the mode name that hints at a vast progression. I may keep the name, I may change it to Challenge Quest. I haven't decided yet.

Rogue Run felt like a more interesting name. I didn't want to use the word "mode" since it's so boring. I hope it also conveys the "one off" nature of the mode since it's just a quick run until you die with no progression or saving.

Since the core content and functionality is winding down, I've allowed myself to get into a little bit of polish. Here's some of the things I've been working on. Lots of little details. :) 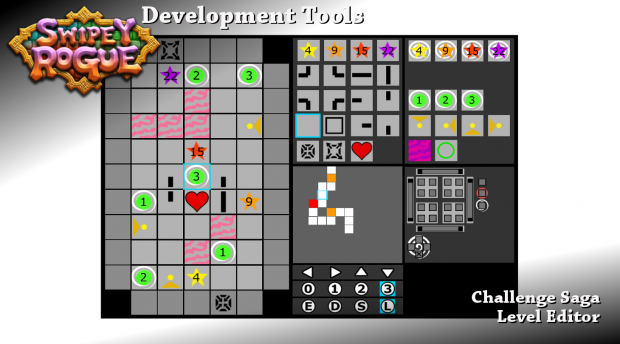 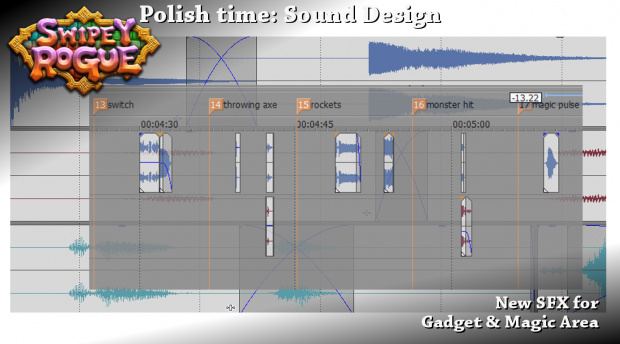 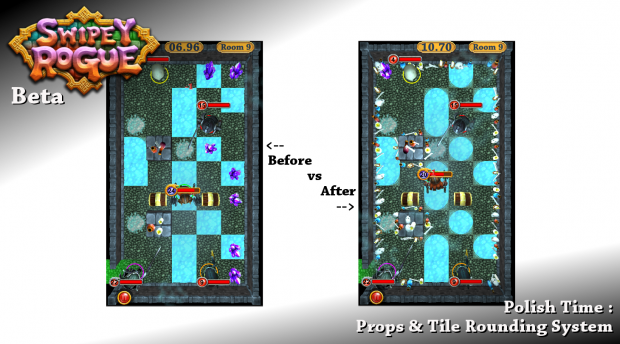 As always, many many thanks to you for dropping by and checking out the progress since last time. Still lots to do but it feels like that light at the end of the tunnel is getting brighter (maybe it's getting closer!). I'm going to move on to getting Rogue Run in a polished / playable state then I'll have a nice test/press build I can share while I'm wrapping up creating the rest of the rooms for Challenge Saga.