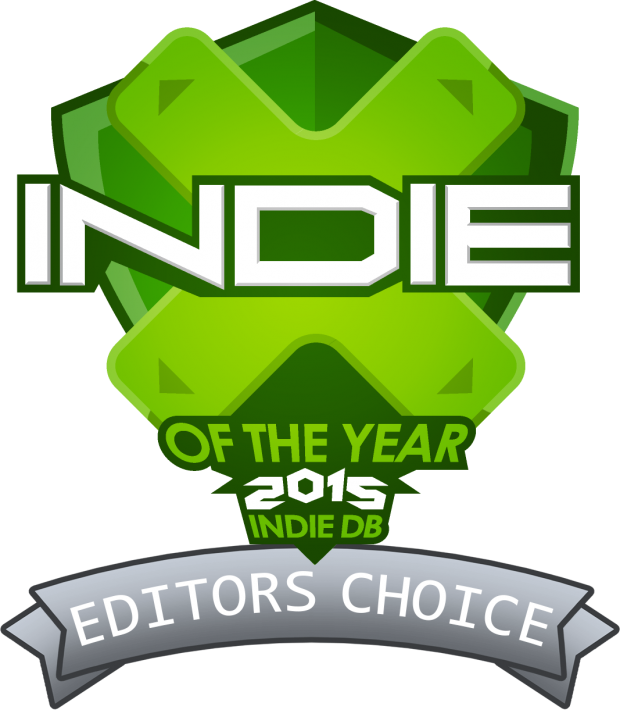 Welcome to the 2015 Award Presentation, whilst the old computer crunches through the 120,000+ votes cast this year. We would like to take the time to announce the 2015 Editors Choice (see also Mods & Apps).

Lovers in a Dangerous Spacetime is a 2-player co-op micro-platformer set inside a neon spaceship locked in battle with hordes of space baddies. Players work together running back and forth between ship control rooms, manning turrets, lasers, shields and thrusters to rack up points and stave off a vacuumy demise. In mish-mash terms you could describe it as Jumpman meets Asteroids meets Han saying "Don't get cocky."

Fran Bow is a creepy adventure game that tells the story of Fran, a young girl struggling with a mental disorder and an unfair destiny.

Immersive first-person parkour in a surreal, physics-driven voxel world. Every move can modify the environment. Surfaces pop in and out of existence at will. You can try the fantastic Demo!

The Town of Light is a first-person psychological experience with locations and characters inspired by real events. It's made by the independent studio Lka.it. Our goal is to recreate the experiences, the anguish and the human drama of patients living in mental institutions up to the end of the last century: both the pain of mental disease and the horrors patients underwent within the walls of the institutions where they were being “treated”. Our story takes place in one of the biggest asylums that ever existed in Italy, which counted more than 5000 internees at one time and was located in the city of Volterra: an asylum with a most controversial though little known history.

Guild of Dungeoneering is a turn-based dungeon crawler with a twist: instead of controlling the hero you build the dungeon itself. Using cards drawn from your Guild decks you lay down rooms, monsters, traps and of course loot! Meanwhile your hero is making his own decisions on where to go and what to fight. But will he be strong enough to take on the dungeon's overlord?

Karmaflow: The Rock Opera Videogame is a puzzle platforming game. It is a unique spin on the traditional gaming experience. In Karmaflow, the game’s story is presented entirely in the form of a rock opera, sung by some of the world’s most talented rock voices. You play as the Karmakeeper and it's your task to restore the balance in various mysterious worlds.

An asymmetrical puzzle/party game where one player in virtual reality must defuse a time bomb with the help of their friends in the real world. It's great fun and hilarious to play with friends, when tensions run high and you've got information coming in from all angles.

Leave the farms and cities behind, jump straight into managing your own planets in The Universim, a brand new god-game in development. In The Universim you play as a god, you will not interact directly with the population that inhabits your planet, however you will be able to help them. You will have the power to stop wars between cities on your planet or you can ignore them and allow one city to destroy the other. 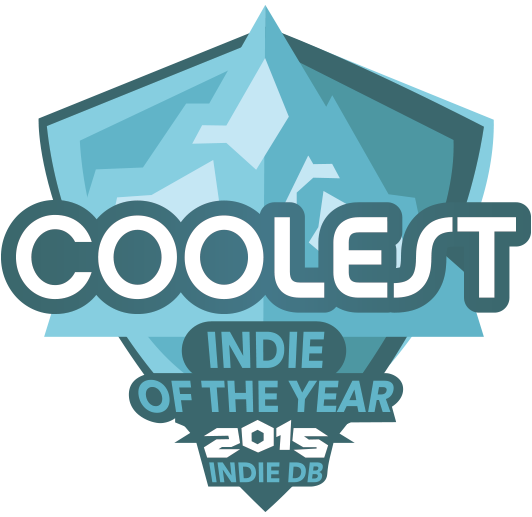 Iceberg says: "We have been following Universim for a while and as a publisher with a passion for anything futuristic/strategy/management we feel this amazing good-looking title could become the ultimate treat for fans of the god-game genre. Thumbs up Crytivo Games, you just won the coolest Game award of the year! Congrats"

Squad is an in development tactical multiplayer shooter with a heavy focus on teamwork, communication and realism. The game will allow players to fully experience the rigors of modern day combat, from the tactics and tension of manoeuvring, all the way to the action and intensity of a firefight.

Verdun is the first multiplayer FPS set in a realistic First World War setting. The merciless trench warfare offers a unique battlefield experience, immersing you and your squad into intense battles of attack and defense. The game takes place on the western front between 1914 and 1918, in one of the bloodiest conflicts in world history. The developers were inspired by the infamous Battle of Verdun France in 1916. The game includes many historically accurate features such as realistic WW1 weaponry, authentic uniforms and maps based on the real battlefields of France and Belgium.

Can you survive 1000 rooms of cute terror? Or will you break once the cuteness starts to fade off and your running for your life from the unspeakable hideous beings that shake and writhe in bowels of this house? They wait for you, they wait and hunger for meeting you. They long to finally meet you and show you how flexible your skin can be after it has soaked in blood. Will you brave this journey, will you set to beat the impossible, the insane, and the incorporeal? Grab it free here! 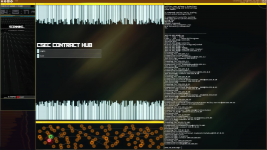 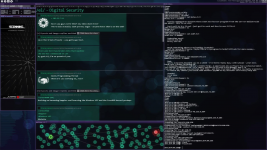 IndieDB Editor says:"We dove down the rabbit hole and found an amazing game inside, get your linux hats on and sleuth across a hidden network of open ports, humor and intrigue. With mod support we can see Hacknet becoming a very interesting place to visit."

October 11, 2013 - Strange occurrences have disrupted the routines of the PATHOS-2 research facility. The radio is silent. Behavioural anomalies of the machines are increasingly dangerous, if not...malevolent. The facility is devolving into chaos. No weapons, and the only escape is practically unthinkable.
SOMA is an aberrant tale of scientific inquiry and survival; an entropic exploration of synapse and circuit that wades through the delusions of human consciousness. 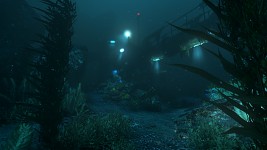 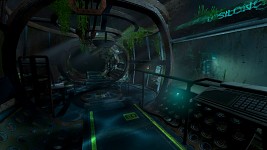 IndieDB Editor says:"Taking the tried and proven approach from Amnesia and Penumbra, SOMA soaks you in atmosphere and suspense, With a vibrant community of creatives preparing your next adventure, this title has a long and vibrant life ahead!"

Build and Manage A Maximum Security Prison. Prison Architect is the world's latest Prison Management Sim. Starting with an empty plot of land you must construct a holding cell with basic water and electricity to house your first batch of prisoners, to buy you enough time to create a proper cell block. 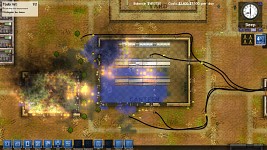 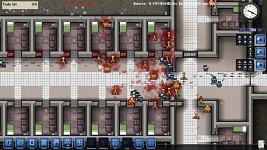 That covers this years Editors Choice, Be sure to have your game on site for consideration for the 2016 awards! The Players Choice Upcoming Announcement will be on December 27th. Happy holidays, see you then!

Ah, loving these. Especially Eden Star. Congratulations to all winners.

Congratulations to all entrants this year, a staggering number of votes to process but its shaping up to be one of the best years for indies yet, we look forward to seeing everyone's projects flourish and evolve in 2016.
Keep up the awesome work!

Is a big surprise that I can't find Undertale in here. Good job to all participants and to IndieDB!

This is editors choice - players choice is next. We try and recognise games that we really enjoy, are deserving and not always the obvious picks as there are so many brilliant indies to choose between.

I actually look forward to the Editor's Choice more so than the Player's Choice for this very reason.

Pleased to hear it, what are your picks this year?

Indeed, which makes me wonder if you guys played Undertale :D

Thank you all for your amazing support!

Congratulations to Squad for creating a great game and continuing with support for Project Reality!

Great list, deserving winners. Players choice is up next... looking forward to it. 130,000 votes!

Cool, congrats to all, that is a nice line up for sure, its been a rad year.

Also a massive thank you to the staff of indieDB you guys are awesome and must be burnt out from this month I can only imagine what you all had to do to make it happen. I wonder if all the articles submitted this month made some of you go crazy :)

Anyways all us indie devs and fans/readers appreciate the hard work and the support you all do all year round. Thank you.

The grammarian in me can't help it...
The word you want is mettle, not metal.

Congrats! Lot of stuff to look into over the holidays :)

I was voting for Fran Bow, Soma and Spooky.
I am satisfied :)

Loving Squad so far, really happy to see it on the list!

Congratulations to all winners!!!

Congratulations to all winners. Sad no Insurgency.

I think some of the wadjet eye games are doing the same quality too.

Sad that Renegade-X didn't make the list this year despite a few patch releases.

RenX was a pick for last year ;)