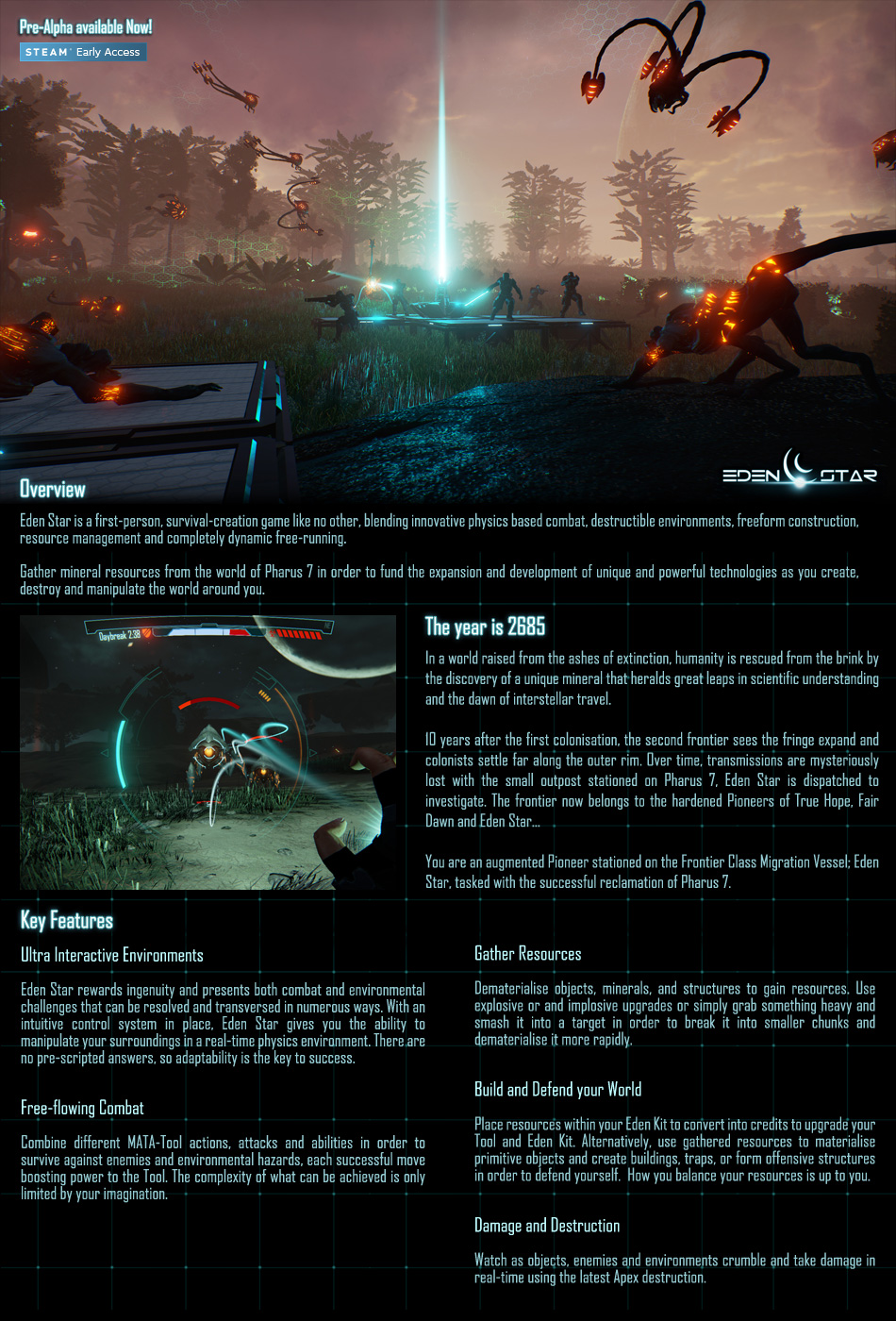 After months of work and the immense patience that has been bestowed upon us by all, it has arrived! the latest hotfix release. The update is inbound imminently and your client should update soon!

All the work you’ve been currently seeing through our weekly blogs is on it's way as well so make sure to keep those hawk eyes on us for more updates.

In this release you can enjoy the new upgradeable turret system in Multiplayer, and a vastly improved (and less difficult) beginning to the Singleplayer game. Amongst many other fixes and optimisations which we've included further down.

This also includes progressive damage visuals for each model:

Another big change is the games load times, which have been reduced drastically. So now there’s no need to put the kettle on for a hot drink before diving in.. unless you really Love a good tea of coffee. (we actually think it's essential to the survival experience).

Important: THIS IS A HOT FIX UPDATE - ALL OFFICIAL SERVERS WILL BE WIPED
Please be sure to update your own custom servers.

Where we are now - Summer Development Update!

Aloha IndieDB! we're back!, we've been keeping our weekly updates to Steam for a while, but the recent substantial changes require more online love to...

Whilst resolving a lot of the major issues that everyone has flagged up on Steam, we're hot on the features and content train, as well as a final UI pass...

We're featuring some big up and coming changes to multiplayer in this weeks blog! Watch several of us attempt to take down a Thunderfoot while testing...

Ready your cyborg eyeballs o_o. Our latest development blog has insights into what's just around the corner for our single player introduction! The experimental...

are you guys looking for artists by chance?

for the first time since a long time i see a good looking survival exporation sandbox game with good looking creature and what seems to be nice animation and correct AI. tracking it.

edit: i am looking for a similar kind of game with a good atmosphere and well done AI/creature and animation. i hope this game will succeed in creating this where all the other ones failed.

I can publish your game in my blog? is a latin blog.

I just jumped on the experimental build after not playing for awhile and to put it simply....DAYUUUUUMM!! You guys are on fire!

Thanks dude! We'll be online over the holidays playing on the new servers so come join us :)

Sounds great what is the server name?

Lovely looking work there folks. I'll vote for ya!

A lot of people are talking about having played it. Is there a way to play it/slash buy it?

Eden Star is available as a Pre-Alpha on Steam Early Access here :
Store.steampowered.com

The game is still in development, so things will change with each update; features added, bugs fixed, variables balanced etc. If you are happy with the current features, go for it- we'd love to hear your feedback!

How are the world (worlds - maps??) in this game?
Is it one big open world, or several maps the player can roam around in?

Thanks for the question Ferdyfist,

The current world (island) is one and a half kilometers of area to explore. We are currently working on an 8 kilometer map for the multiplayer Alpha. Multiple islands (maps) are something we would like to deliver in the future, but one big open world is our current plan for the Alpha :)