Welcome to your new summer job at Freddy Fazbear's Pizza, where kids and parents alike come for entertainment and food as far as the eye can see! The main attraction is Freddy Fazbear, of course; and his two friends. They are animatronic robots, programmed to please the crowds! The robots' behavior has become somewhat unpredictable at night however, and it was much cheaper to hire you as a security guard than to find a repairman.

"innovative indie horror, at its best."
Indie of the Year 2014 I Player's Choice
RSS Articles

Welcome to the Players Choice, Indie of the Year Event. Congratulations to all nominees. It has been a massive year for indies -- with so many amazing creations emerging daily. Before we begin it is time for some honorable mentions: Kerbal Space Program - Space Engineers - Project Zomboid - Blade Symphony - Mount & Blade: Warband and Tales of Maj'Eyal each did well in the voting again this year, but did not place higher than they have in years past. Onwards to the celebration!

Escapists is a prison break game that allows the player the 'freedom' to live the life of a prison inmate, ultimately planning and pulling off an escape.

You'll have to stick to a schedule to avoid arousing suspicion, craft the tools you'll need from stuff lying around the prison (or, instead, steal them), make use of/stay off the radar of your fellow cons and guards, and eventually build your own escape tunnel while keeping it hidden from the people that might reasonably want to cave it in. Read more...

In Risk of Rain, time = difficulty. The longer you play the harder it gets, do you tear through the levels as fast as you can or do you spend time collecting some of the many ability granting artifacts? With randomly generated levels, giant bosses and just one life. How far will you go?

An action platformer/adventure game with roguelike elements.While we don’t want to spoil the story, we can let a few things through! The game is set in the distant future, where space transportation is common. Space trains carry passengers and goods all across space. A particular space train, however, had some very special cargo. Through a series of unfortunate events, this space train gets shot out of orbit and crash lands on a mysterious planet.. with one survivor. Read more...

"kickstarted indie that delivered its promise."

Planetary Annihilation is a all new next generation RTS developed by Uber Entertainment that takes the familiar gamplay from Total Annihilation and expands it to a planetary scale. From Earth like planets to Gas Giants and red glowing Lava worlds.

Expand your empire trough out the solar system, harness the powers of planets and uncover ancient worlds of a war long past. Beyond that lies a entire galaxy, each different from the previous one. Wage war with your clan, or go offline in Single player and Co-op local play.

Developed for Windows, Mac & Linux, Planetary Annihilation boost incredibly graphics with a unique art style. Advanced modding support for modders who would like to create amazing mods and changes to the game and much much more! Read more...

In the near future where the a third world war leaves the Earth in ruins but the worst was yet to come. Nobody knows for sure if it was the radiation, the biochemical weapons or an act of god but an unknown virus soon transforms the surviving humans into an army of the animated dead, acting as a single-minded being.

You play a survivor trapped in the savage zombie infested world of Navezgane County Arizona one of the last true Eden’s on Earth. Ironically Navezgane means “Killer of Monsters” to the Apache who have inhabited the land for centuries, and that’s pretty much what you’ll do as you fight to survive and search for the truth behind what really happened. Read more...

In This War Of Mine you do not play as an elite soldier, rather a group of civilians trying to survive in a besieged city; struggling with lack of food, medicine and constant danger from snipers and hostile scavengers.

The game provides an experience of war seen from an entirely new angle. The pace of This War of Mine is imposed by the day and night cycle. During the day snipers outside stop you from leaving your refuge, so you need to focus on maintaining your hideout: crafting, trading and taking care of your survivors.

At night, take one of your civilians on a mission to scavenge through a set of unique locations for items that will help you stay alive. Make life-and-death decisions driven by your conscience. Try to protect everybody from your shelter or sacrifice some of them for longer-term survival. During war, there are no good or bad decisions; there is only survival. The sooner you realize that, the better. Read more...

When Isaac’s mother starts hearing the voice of God demanding a sacrifice be made to prove her faith, Isaac escapes into the basement facing droves of deranged enemies, lost brothers and sisters, his fears, and eventually his mother. Read more...

"This is everything that is right with the modding scene of today."

Renegade X is a tactical First and Third Person Shooter with Real Time Strategy elements, set in the Command & Conquer universe. It is a high quality award-winning free indie game being created on the Unreal Development Kit. Read more...

"innovative indie horror, at its best."

Welcome to your new summer job at Freddy Fazbear's Pizza, where kids and parents alike come for entertainment and food as far as the eye can see! The main attraction is Freddy Fazbear, of course; and his two friends. They are animatronic robots, programmed to please the crowds! The robots' behavior has become somewhat unpredictable at night however, and it was much cheaper to hire you as a security guard than to find a repairman. From your small office you must watch the security cameras carefully. 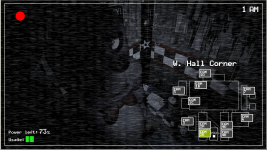 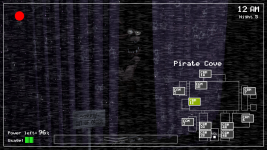 You have a very limited amount of electricity that you're allowed to use per night (corporate budget cuts, you know). That means when you run out of power for the night- no more security doors and no more lights! If something isn't right- namely if Freddybear or his friends aren't in their proper places, you must find them on the monitors and protect yourself if needed! Can you survive five nights at Freddy's? Read more...

"like Counter Strike and Red Orchestra had a baby."

TAKE TO THE STREETS FOR INTENSE CLOSE QUARTERS COMBAT, where a team's survival depends upon securing crucial strongholds and destroying enemy supply. The follow-up game to the award-winning Source mod, INSURGENCY is highly competitive and unforgivingly lethal, striking a balance between one-life gameplay and prolonged action. 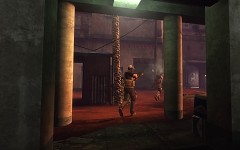 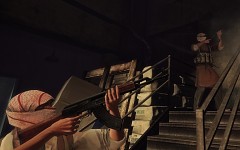 "balanced yet complex. The fun increases each update."

Build insane Robot Battle Vehicles that drive, hover and fly; add weapons from the future and jump in the driving seat as you take them into battle in a team based capture the base Free-to-Win MMO.

BUILD - A futuristic robo vehicle from Cubes, add Wheels, Thrusters, Hoverblades, and Plasma Cannons
DRIVE - Jump in the Pilot seat of your Robot and drive it into battle in Jet Cars, Tanks, Flying Warships, anything you can dream up
FIGHT - Battle online in massively multiplayer mayhem against users from all over the world 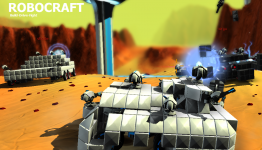 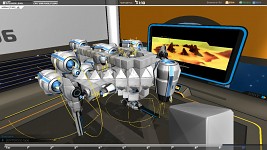 - Over 100 cubes and components to collect and combine to make a million different Robot designs
- Watch as you enemies Robot breaks apart cube by cube as you destroy them with powerful weaponry
- Form Platoons and battle on the same team
- Save your Robots in the Garage in the cloud
- Access your game account from any PC anywhere via Robocloud
- Free-To-Win, everything required to get to the very top of the tree in Robocraft can be gained for free Read more...


As a reward for your hard work, all Top 10 players' Choice winners will receive a one year subscription to the Unreal 4 Engine from our friends at Epic, redeemable by yourself or to share. Your profiles will also receive a pimping IOTY Players' Choice event badge and the winner will take home a one-of-a-kind memento, a IOTY pocket watch, acknowledging the time and hard work you have dedicated to your project and community.

These watches were handmade by A.E. Williams Pewter specially for this event. You can also get your own custom loot (drinking horns, goblets, etc) made by them. So until next year, have a happy new year & keep changing the game!

Join us as we delve into the delights of Indie Games in our Monday Night Indie showcase, Featuring talks with the developers, giveaways & more. On tonight's...

I'm giving you guys a little tutorial on the first Five Nights at Freddy's game!

Do you have the luck to defeat 4/20 mode? Comment down below for more FNAF, or FNAF 2 tutorials. I'd be happy to do them by request!

This updated version of the Five Nights at Freddy's: Revised mod corrects an oversight from previous versions.

I guess not estupidos

The original and still the best.

Amazing game, not laggy at all. By far the scariest indie horror I've ever played. Such a great atmosphere and the music really completes the game. It absolutely deserves a 10/10 rating