Planetary Annihilation is a new next generation RTS that takes the familiar gameplay from Total Annihilation and expands it to a planetary scale. From Earth-like planets to Gas Giants and red glowing Lava worlds.

Blow up everything, anywhere; dominate with punishing spacecraft, robots, and other futuristic machines of war. Arm asteroids and send them on planet-destroying collision courses. And take over an entire galaxy in a dynamic single-player mode with procedurally generated content. Don’t just win, annihilate!

Developed for Windows, Mac & Linux, Planetary Annihilation boost incredible graphics with a unique art style. Advanced modding support for modders who would like to create amazing mods and changes to the game and much much more! 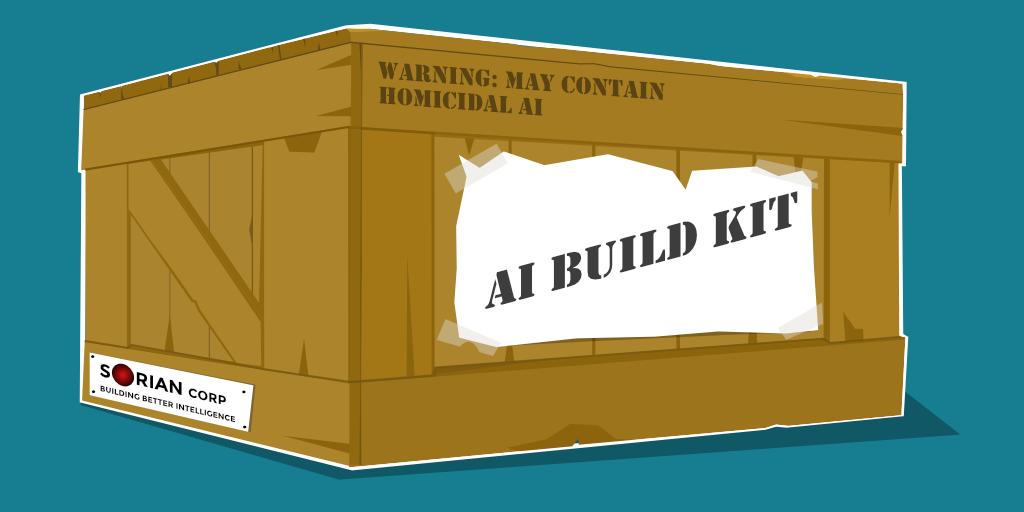 While only being given a minor release version bump, this update is one of the most significant in a long time. A really nasty orbital bug is squashed in this release which should mean Queller's invasions are once again as deadly as you remember them from the days of yore. The focus has been on both naval and orbital improvements, with a side of updating the various playstyles to account for balance and meta changes. 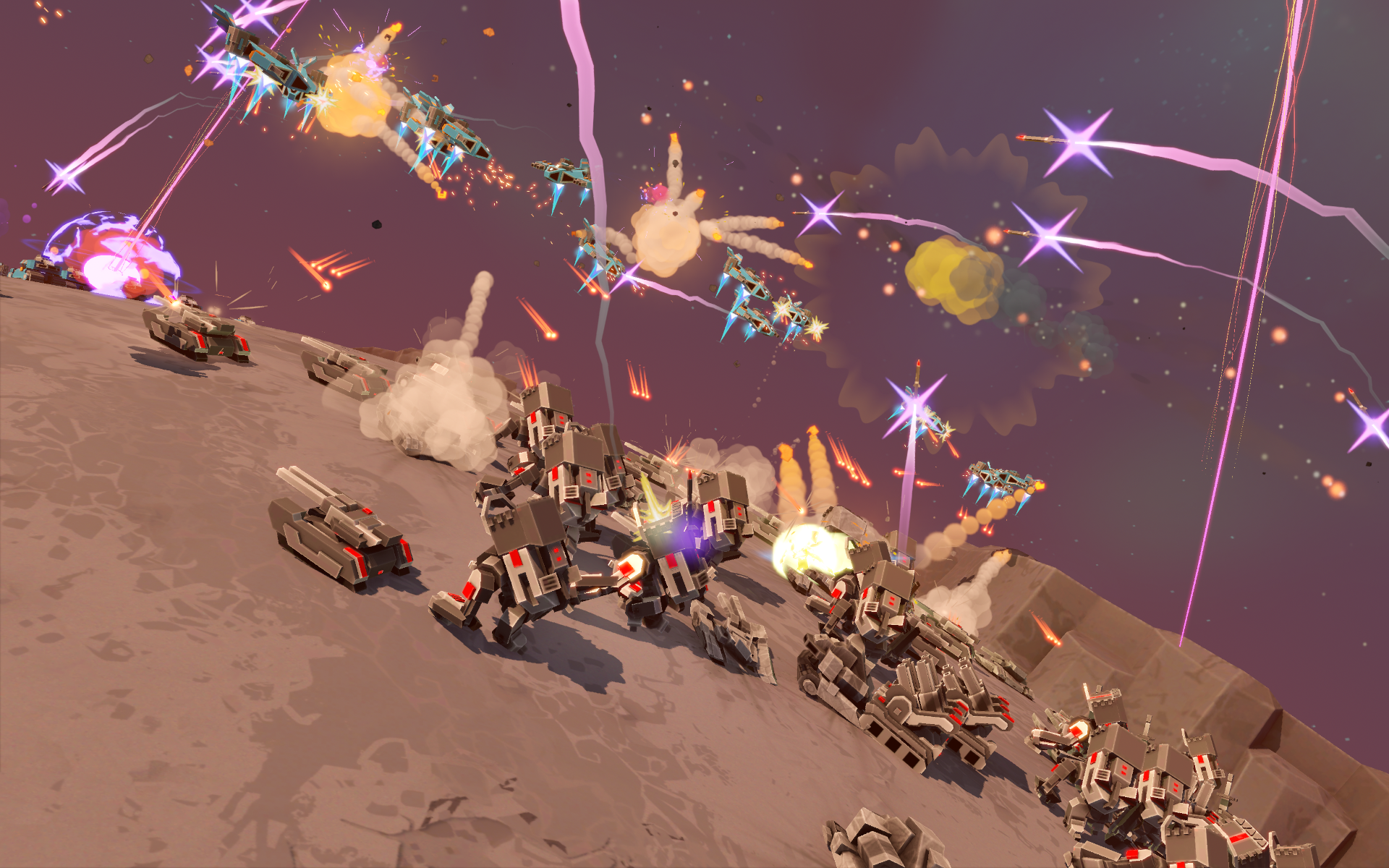 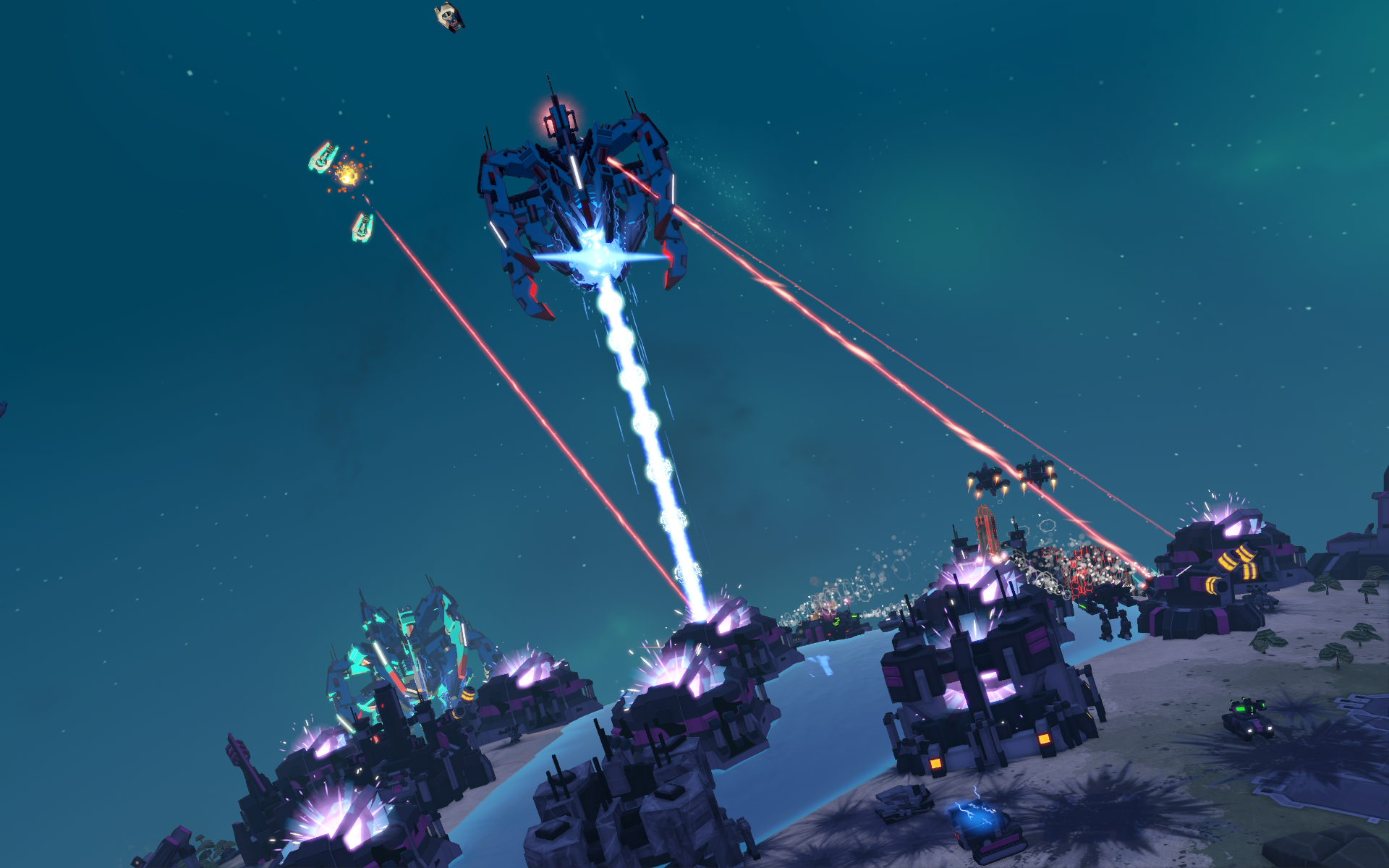 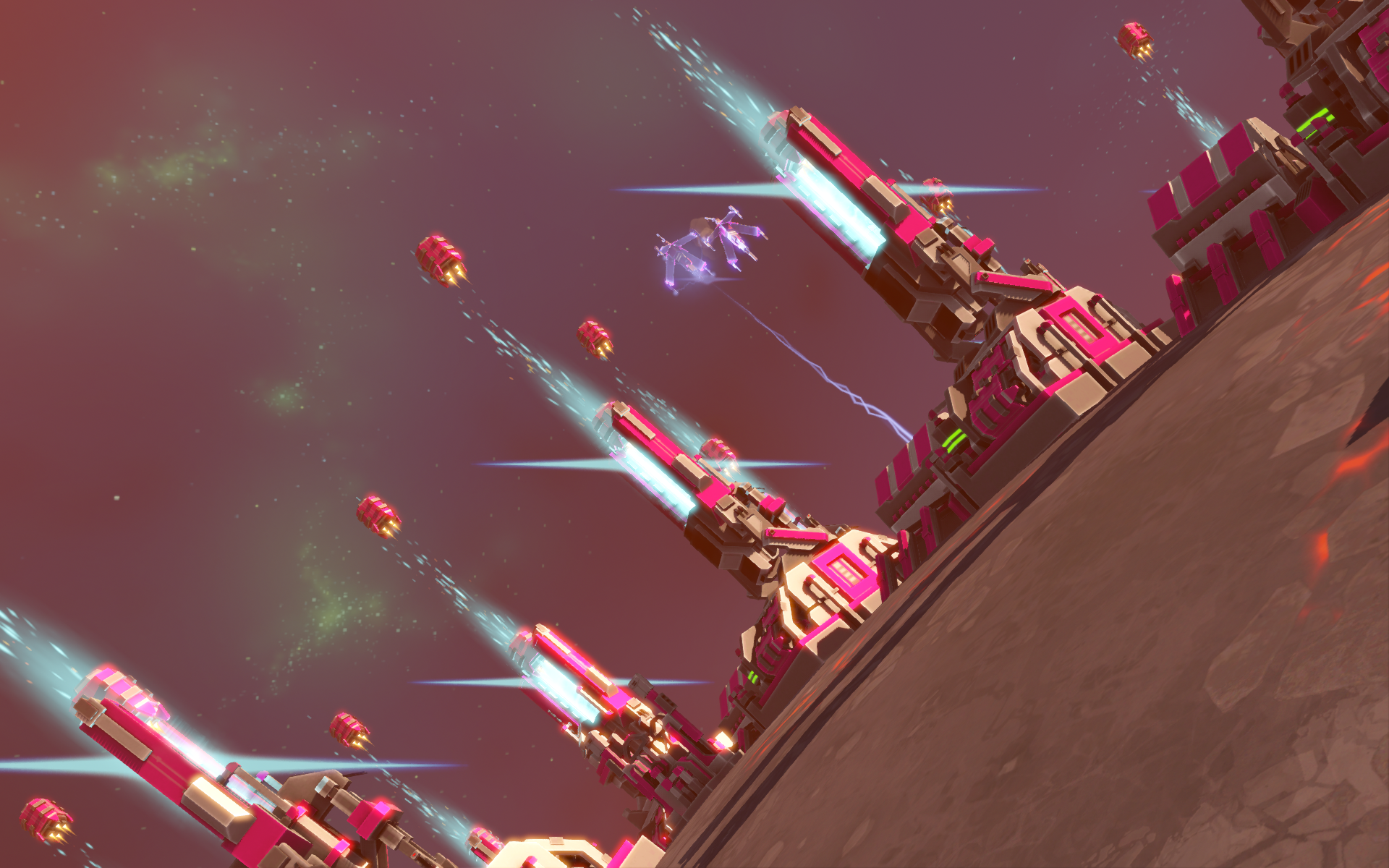 Huge changes to how the AI plays on multi-planet systems when it takes control of a planet, along with a massive cleanup of all sorts of bugs.

Major changes to structure placement and air handling, along with a new personality and the restoration of Aggressive to its old self. This is probably...

We've finally made it to the big 1.0. Pretty much every bug has been squashed and a big effort has been made by the balance team to integrate all the...

A lot of work went into the balance and fixes in this version. Please report any and all crashes you experience while running Legion - see the first section...

This mod adds an awesome, dynamic ground shockwave for the standard nuke (as well as Manhattan tank) explosion (somewhat reminds of the UEF nuke of Supreme...

REQUIRES TITANS WILL CRASH WITHOUT THE TITANS EXPANSION PACK Get it on Steam or in your armory for $13. This is not how you're supposed to install the...

One of my favorite custom maps in PA:Vanilla was Hot Platforms, so the first thing I did was recreate it in PA:T! I've customized the map to be optimized...

Extract the contents of this .zip to /pa/server_mods/

Who are the owners of this page? The game most definitely is not kill, and us modders would like another avenue to get our mods out to the community.

Please open up the mods section so we can post our work to this page in addition to PAMM!

Finally the page has been opened to the community. Took a lot of community effort from us guys over at the Uber forums (Thank stuart especially). Didn't help us that the previous owners disappeared off the face of the planet.

is this game kill?

I enjoy your concept and it looks like a winner for me :) Cant wait to see finishing product in future :D +i'm glad some people still respect the RTS genre.

IF! I get my motherboard back early. It needs inspection, so it might take a week to RMA it and get it back.

UBER has just added a new tier! Pledge $140 for the naming of planets but without all of the physical goods.

1,9 Million got achieved 2min ago! Only 96k left till the full orchestral score!