For a very long time I have wanted to create video games. I have had several projects, but this is the first time I get a significant, allotted amount of time to finish a game. As a result of that, I am drawing inspiration from games of some of my favorite genres: hack and slash, action rpg, and roguelite with fantasy themed sprinkles. Diablo and Skyrim are great sources of inspiration for this particular title. I wanted the game to end up with fighting mechanics inspired by the vast open-world rpg, while I think the environment and itemization should take more after the devilish franchise.

The player starts off in a cave equipped with a dagger. Leaving the cave is possible by two options: towards the arena or the forest. Going to the forest, the player has the opportunity to fight enemies and collect new weapons. Entering the arena is only possible by putting a weapon onto the shrine in front of the entrance. The dagger is very much eligible for this action, but entering the forest and acquiring more powerful weapons is the only way to progress through the game. Returning from the forest is done by consuming a teleport gem...

The player can steer the character using the camera and movement input as per ancient video game convention. Invert the camera’s y axis by pressing “i” on the keyboard. Sprinting and jumping are fairly self-explanatory.

“Attacking” and “consuming” are the main actions the player can take at will and are their primary means of acting upon the world. Holding “throw” while engaging either of these will toss away the item in the respective hand. 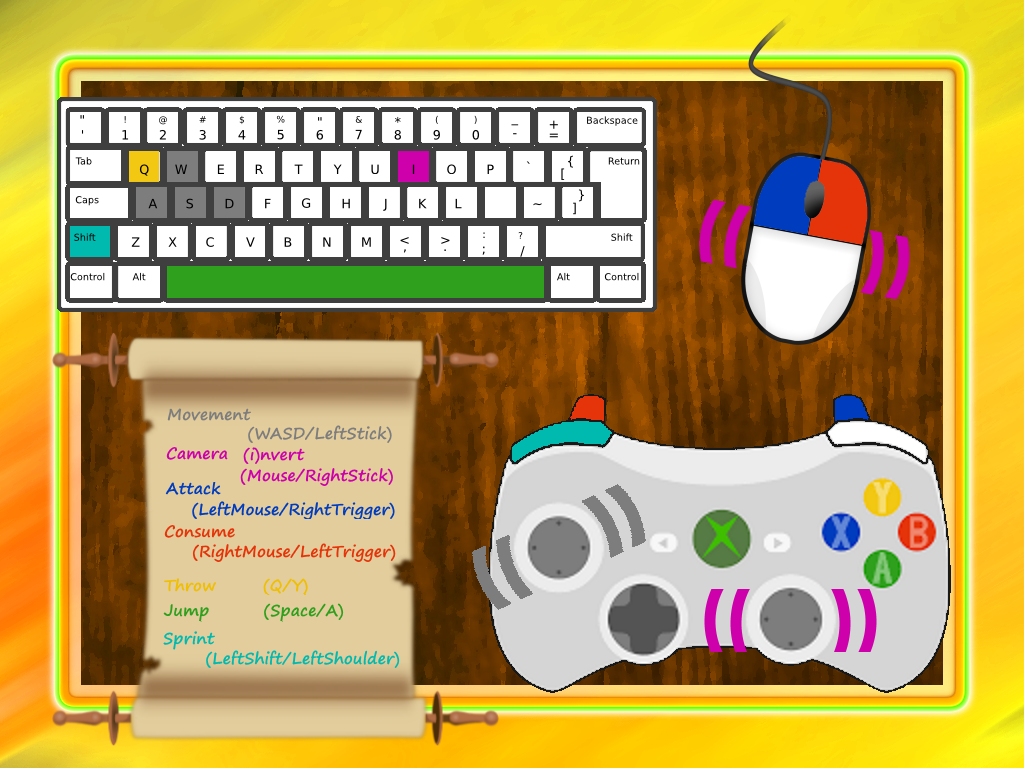 The COLOSSALICON is a tome describing Colossalum. Here, I have quoted a few sections from the book. It details the enchanting world and it's inhabitants...

This is a big milestone for the project!: I hereby declare the "full version" of the Colossalum demo released - ...! The game has been severely polished...

The game project is nearly finished. This is the penultimate release. The entire game is not playable as a standalone title, which can be "completed...

The offhand has been implemented and crafting is now possible using altars. The gameworld has come together and every scene is now traversable entirely...

The forest generation has been finished and it's now walled off as well. It is now possible to win an arena fight after which the player is teleported...

Forest has been revamped and polished, and generation method has been slightly altered to fit with upcoming map-generation strategies.

The gameplay loop has been finished. Use the restart function to return to the hub area if you get stuck or lazy, retaining "progress". Kills displayed...

The game has things that are good, as the basic battle system, but lacks things also essential, as an main menu with a title that represents the game, sound and music to give atmosphere and visual harmony, and also don't will give great results if you keep doing updates every week.

Keep in mind that this is not ment to be a marketable game. I am doing the development all on my own. Within the span of 3 months, I won't have the time to develop all the necessary features for the final result to be a viable product.

Also I know my game lacks sound - it makes me sad. I will make sure to implement sound effects soon!