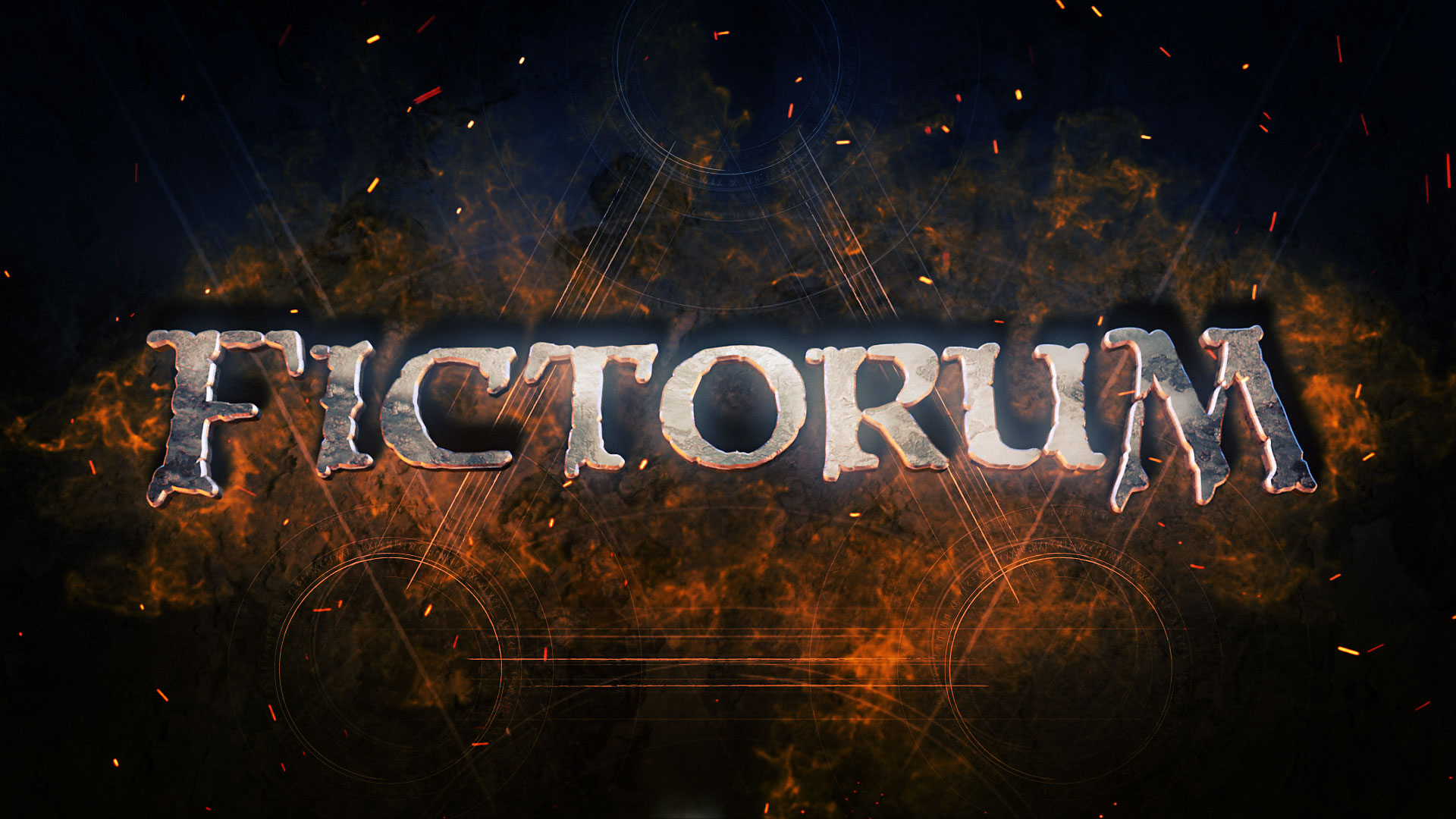 Launch your foes and topple structures from the realistic explosive impacts of your arcane might, without being crippled by low energy, resting to relearn spells, or a frail constitution.

Avenge your slaughtered order by journeying across a procedurally-generated world destroyed by the same magic that you possess.

Grow in power as you find ancient artifacts, destructive spells, and devastating abilities hidden throughout the world.

Available for 75% off at Steam and GOG

New Spell Schools and Abilities
Three new spell schools (Corrupted, Earth, Wind) have been added to the game, adding dozens of new spells for you to unleash and titles to unlock! We've also created a six new movement and utility abilities for you! 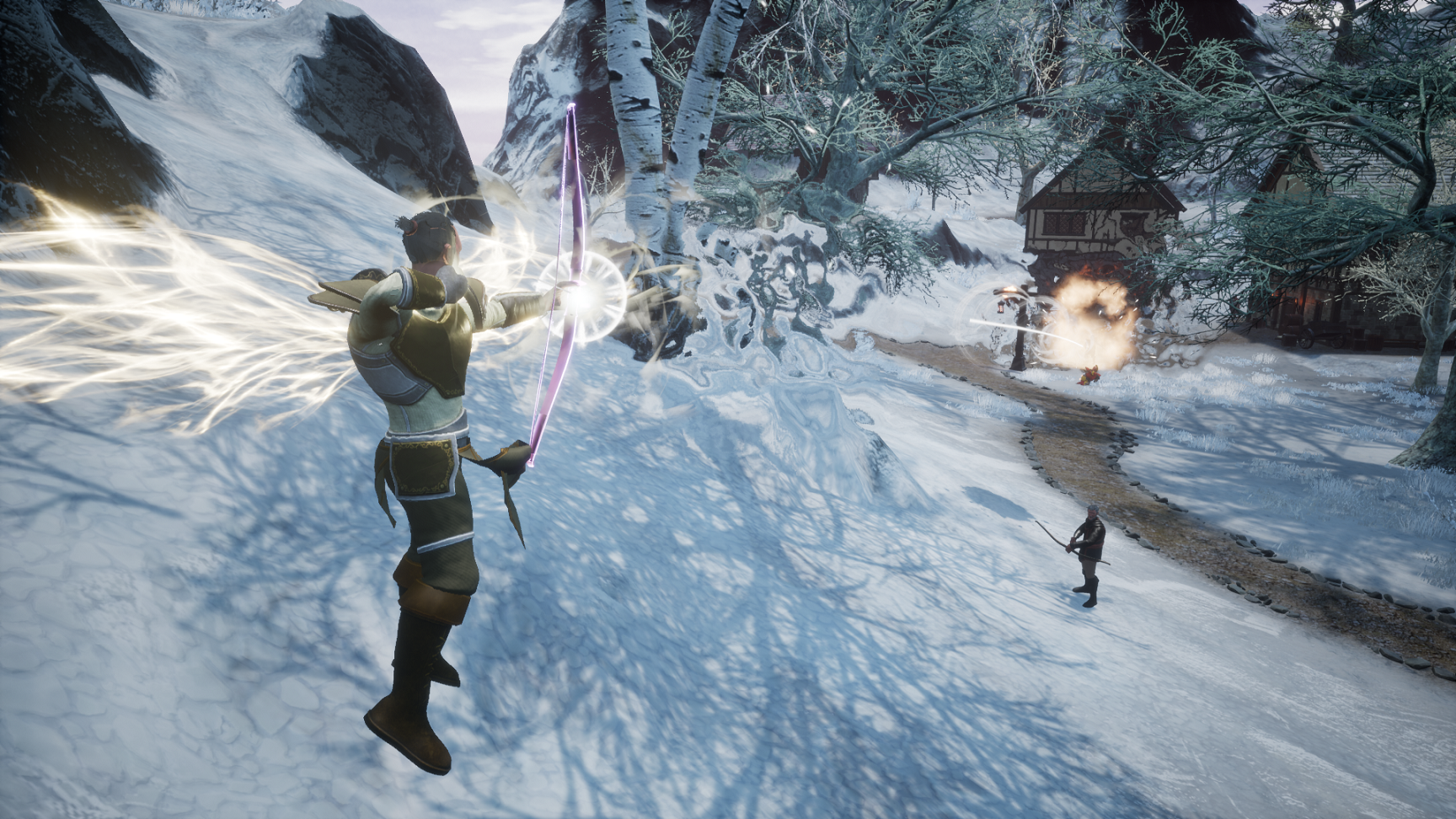 New Bosses
Five new bosses have been added to the game and boss fights will always occur at the end of a chapter. In addition, defeating a boss will now grant you a choice between three guaranteed unique items! 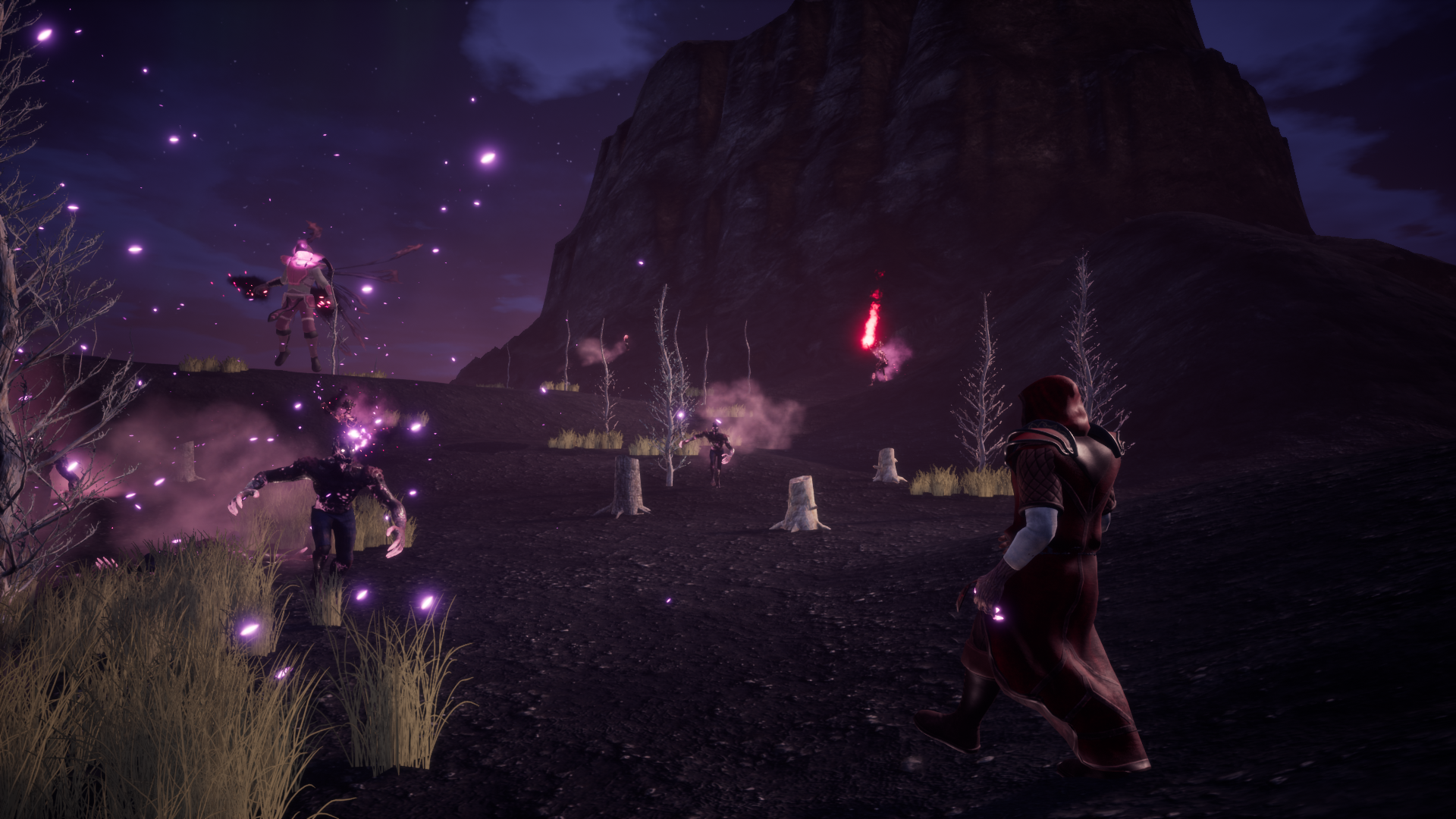 New Enemies and Improved AI
We've added over 20 new enemies into the game! Enemies have been added to all factions, each using magic from specific schools, and they will use much more challenging abilities and spells.

Each faction will only drop spells and runes of their associated schools/types, so plan your routes accordingly!

In addition, we also have completely overhauled our enemy AI, giving them more natural movement both in and out of combat. Casters will be more transparent about the spell they are casting and melee fighters will attack and move more realistically. Archers will spawn on battlements and position themselves to best attack. Some enemy factions will even move in formations! 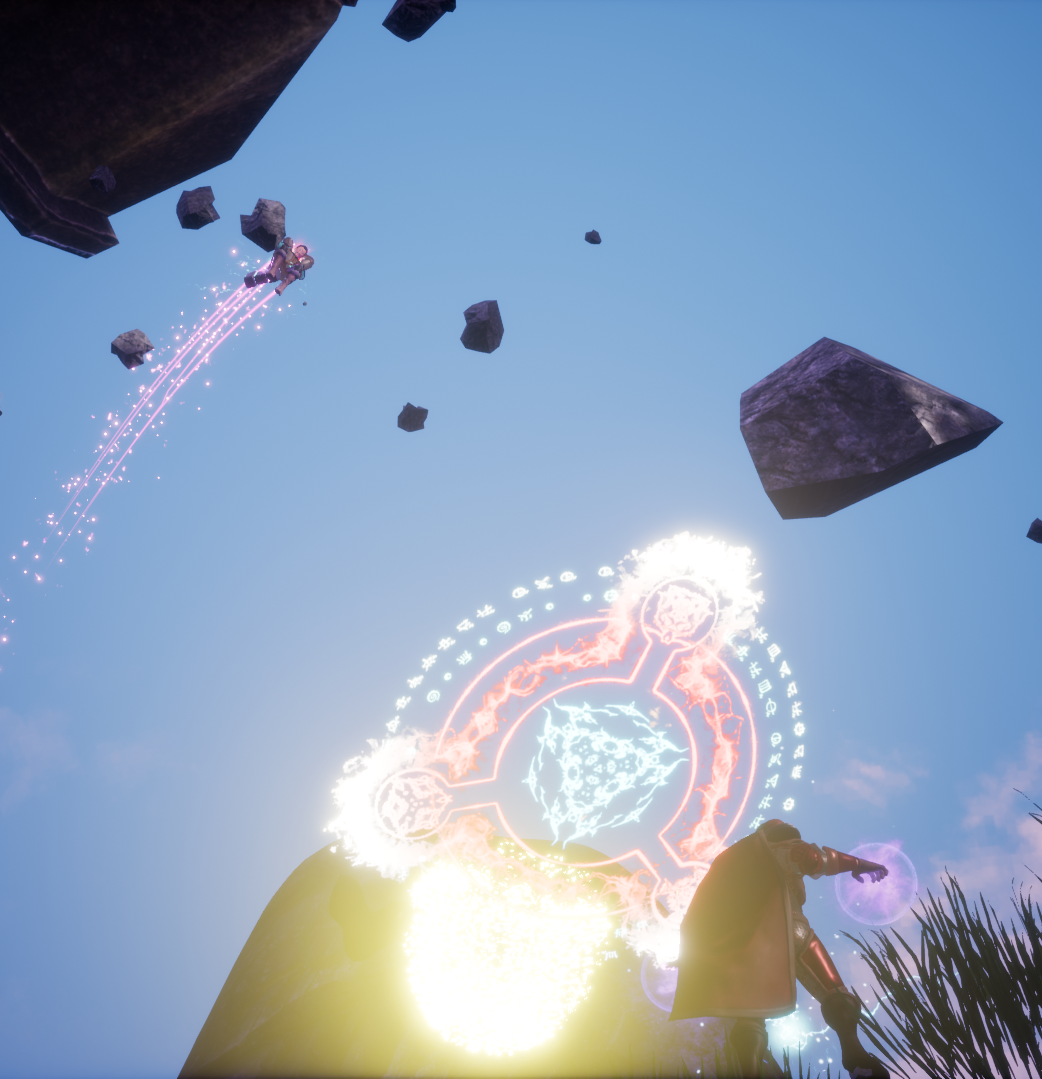 New Chapter Map Markers
Our wonderful artist, Leif, has crafted some really cool map markers for our chapter map, which correspond to the difficulty and faction in the location. Difficulty locations can be risky, but will grant better loot! 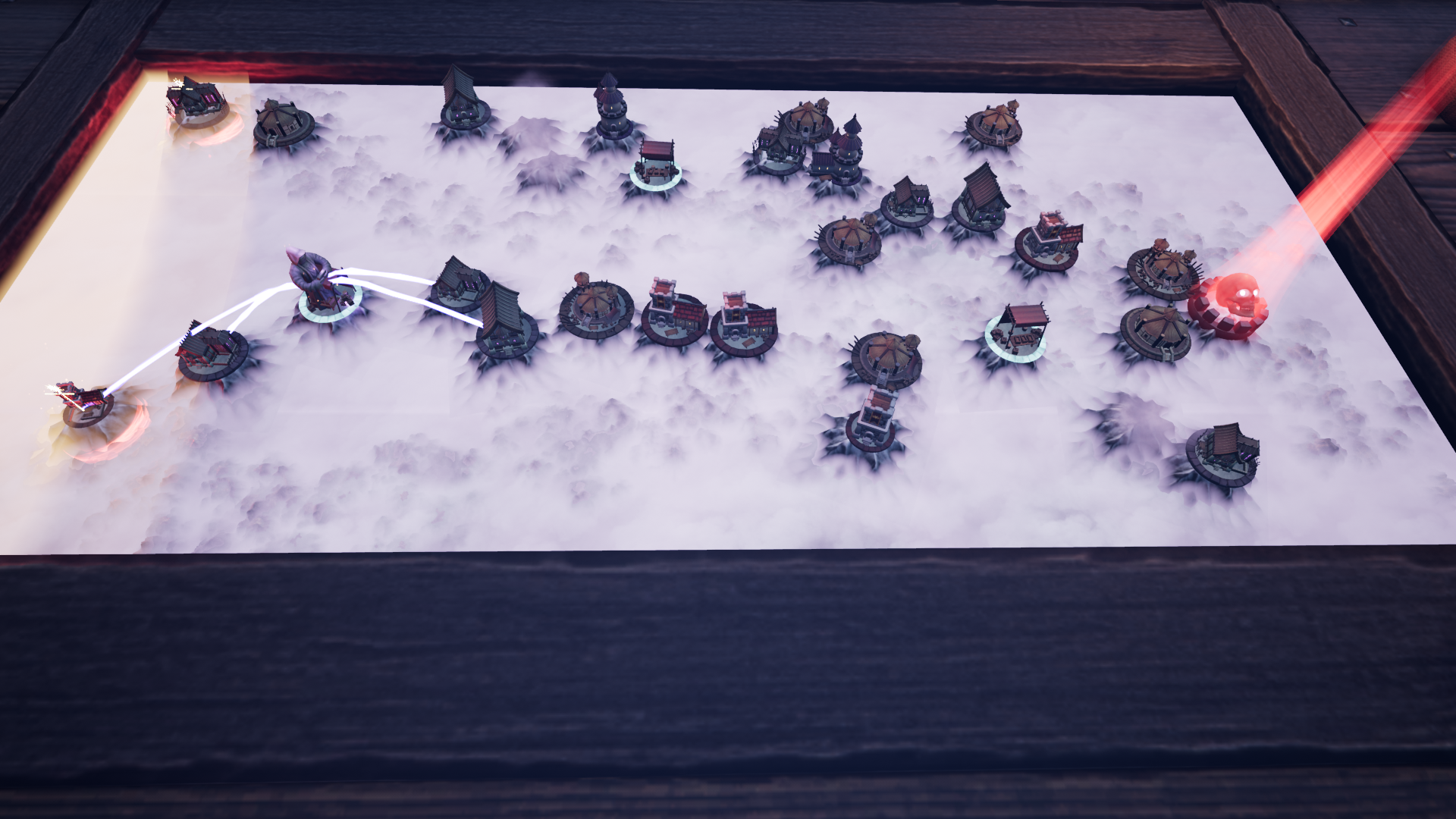 New Expanse Mode
We've added a new way to experience Fictorum! This single-chapter Expanse mode of Fictorum is a large, dangerous chapter and is drastically different every time! 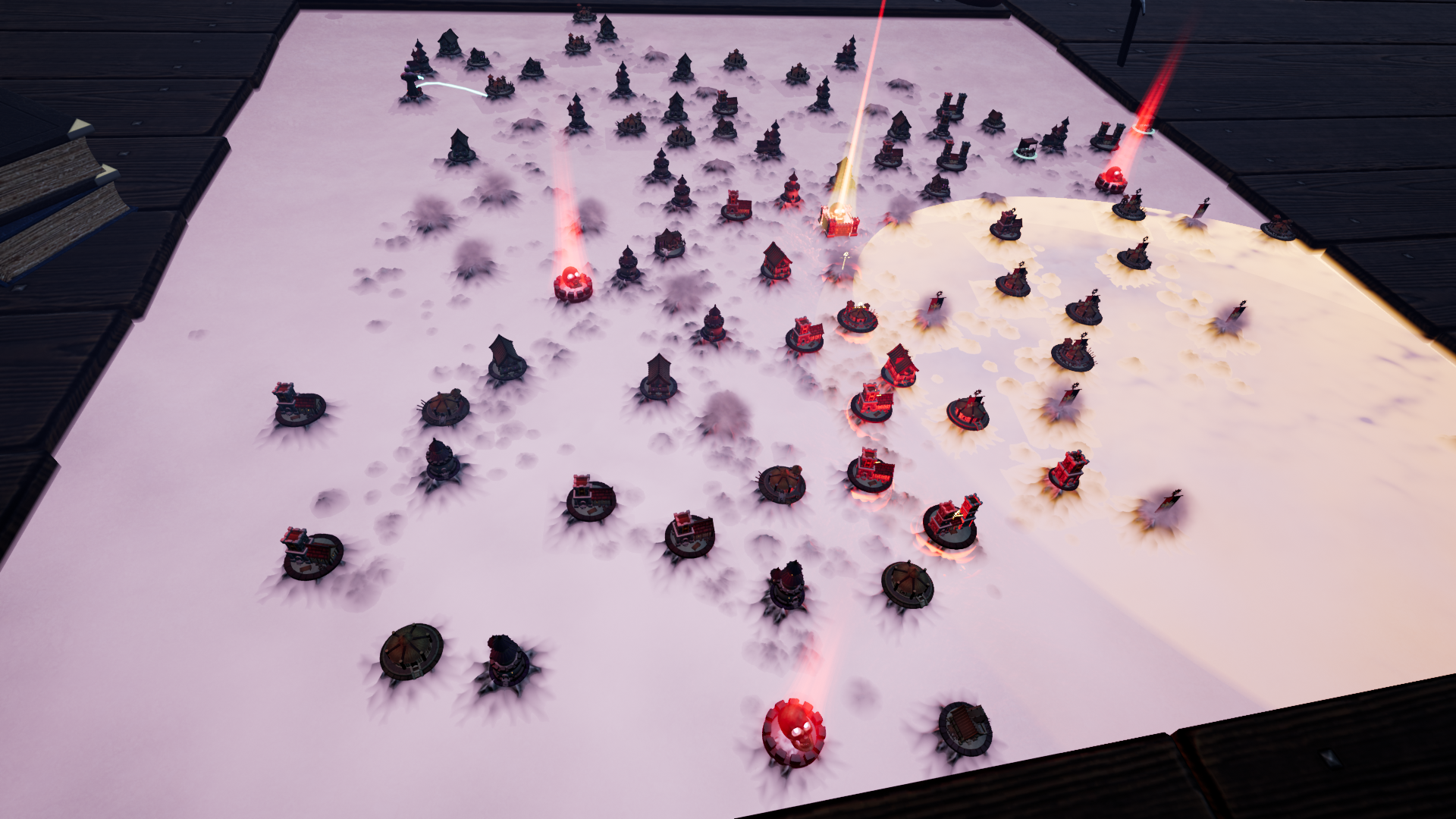 Improved Camera and Targeting Reticle
We've listened to your feedback about our third-person camera and have overhauled it to be smoother and perform better across the board. Appropriate channeling spells will even use a targeting reticle and adjust the aiming camera to provide a clearer aiming. 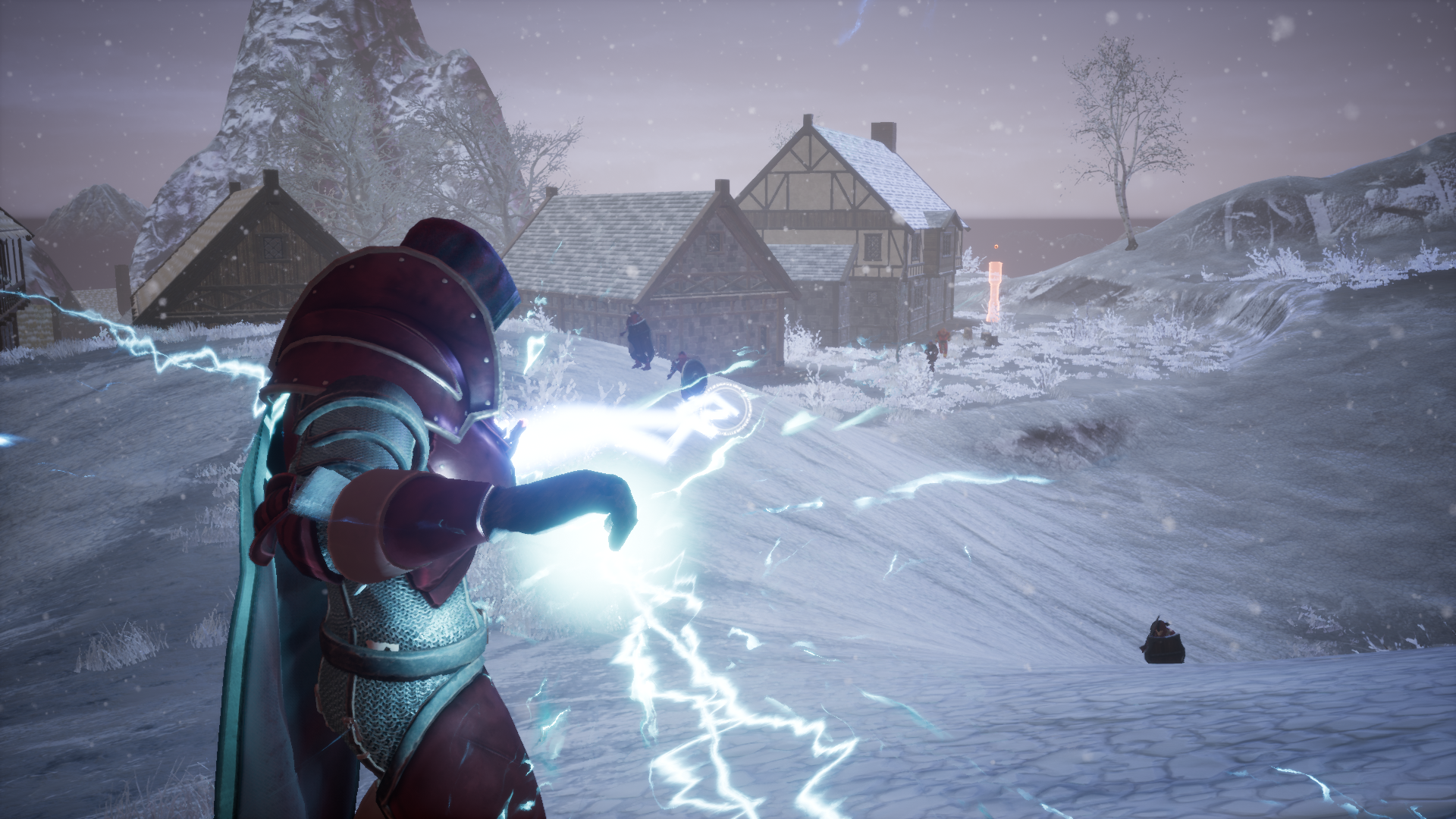 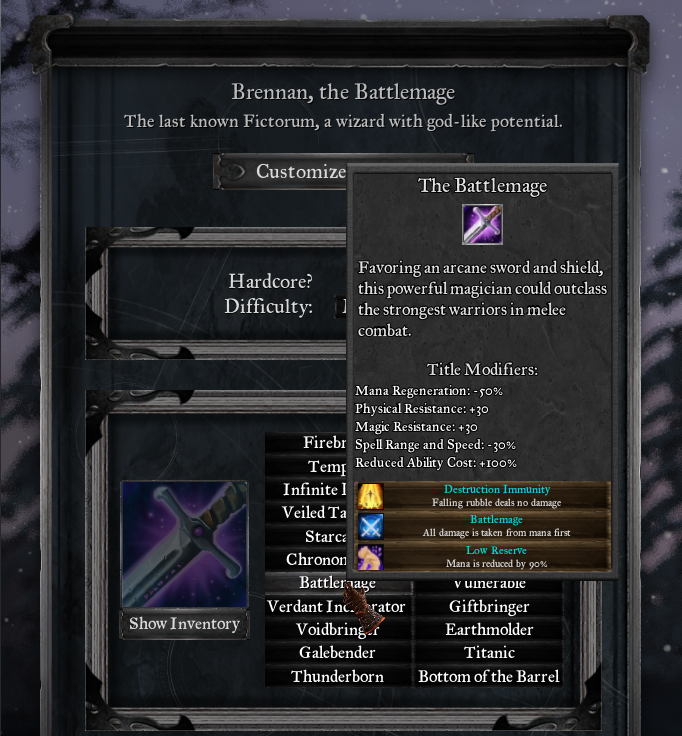 Thank you for playing and send us those bug reports, they help us improve Fictorum! Feel free to reach out to us in whatever way works best for you.

Happy holidays, wizard! We’ve been working since the summer to create a massive update to Fictorum, bringing you brand new content and reworked systems...

Happy Holidays to all, we’re still working away on version 1.1 of Fictorum and wanted to share some of the things we’re up to. Fictorum is also currently...

So this is basically Lichdom Battlemage but not awful?

i hope there will be diversity in the spells :3

There Is No Light Hack 'n' Slash