The Source Engine is a 3D game engine developed by Valve Corporation. Its unique features include a large degree of modularity and flexibility, an artist-driven, shader-based renderer, accurate lip sync and facial expression technology, and a powerful, efficient and completely network-enabled physics system.

The Source engine was first shown to the world by being the power-horse behind the hugely anticipated Half-Life 2 which was released in late 2004. Since then the Source Engine has been upgraded with the release of such titles as Half-Life 2: Lost Coast, Team Fortress 2 and the Left 4 Dead series to name a few.

Whilst it has been years since the release of the Source Engine they haven't yet unveiled a 'next-generation engine' as the Source engine is always updating and is just as relevant in the gaming world today if not more than when it debuted in 2004. It has been aided by the release of the free Source Development Kit (SDK) which include such features as HDR for developers to use in their projects. Hence the reasons stated we have yet to see 'Source Engine 2'.

Below you can find a list of amazing features that the Source Engine boasts:

Contagion - Rising From The Dead

It has been awhile since we posted something here, which was back in... oh boy, 2015. Let's get up to speed on what we have been up to, shall we?

Back in November 2019, I (Johan "JonnyBoy0719" Ehrendahl) was hired as the new lead programmer for Contagion. In short, I was hired to fix the game because it was in a terrible state. Game was crashing left and right, Escape gamemode softlocked if the survivors failed the round, Extraction had problems with the AI survivors and Flatline was... Well, let's just say it was not in great shape. After rewriting Flatline gamemode from the ground up (everything was thrown out), it was finally out from Beta after 7 years.

After a single month, the major update was finally released in late December of 2019. Several more major updates was released from 2020 to 2021, bringing more content such as new zombies types, weapons and maps. The major updates slowed down in 2022, not because of lacking in productivity, but because we are working on something big. The recent update that was released back in 8th of April 2022, we released the first campaign ever created for Contagion called "Last Stop", which is the first chapter that comes with 3 new maps and a new character!

Contagion :: Preview of The Changes 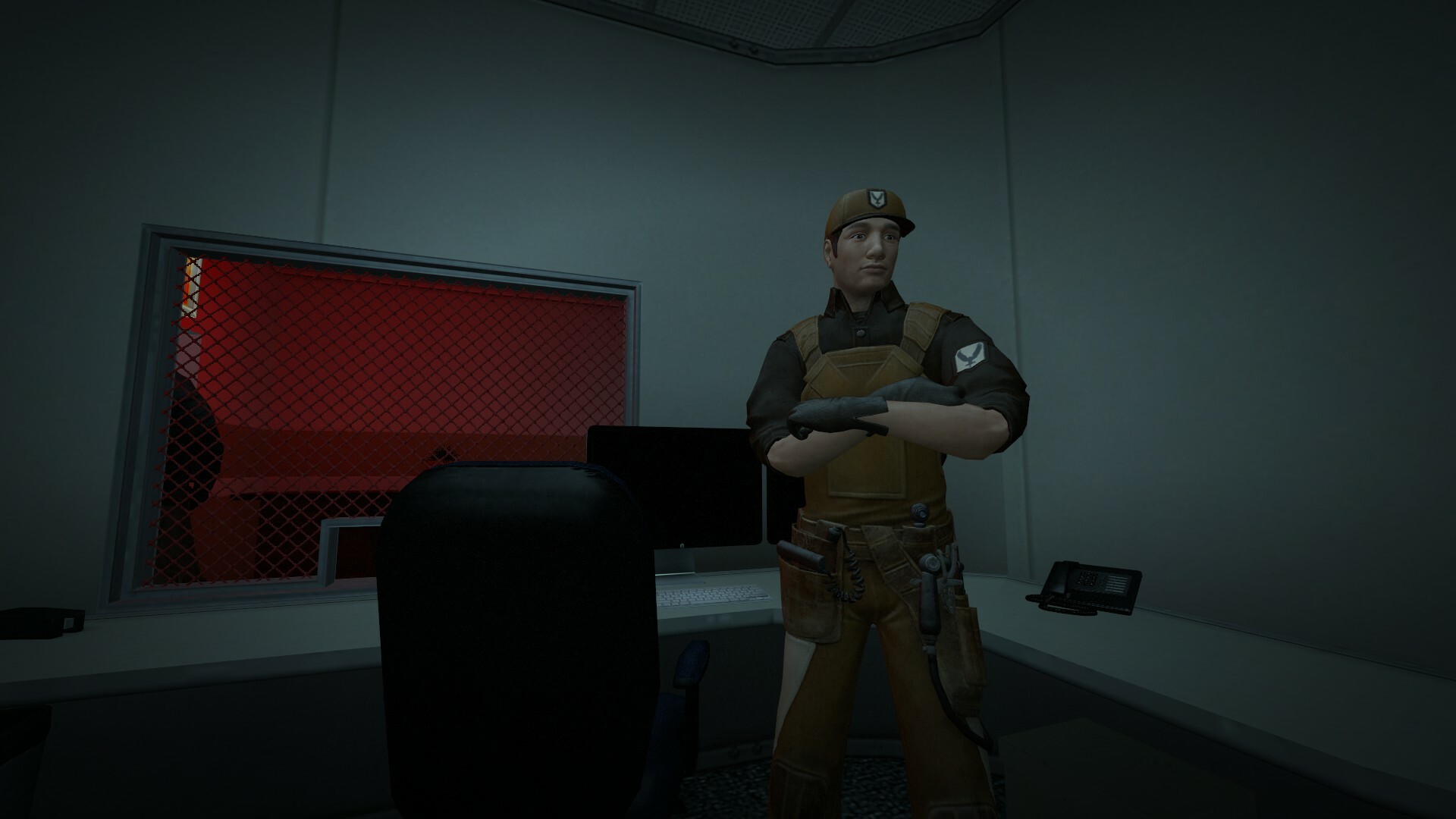 Mike R. Gonzales "The Engineer", is a new character for Contagion. Voiced by our very own community manager, LordCommanderGuts. He is a new character that works at a fictional company in Last Stop that you will pass trough on the 3rd map on Chapter 1. 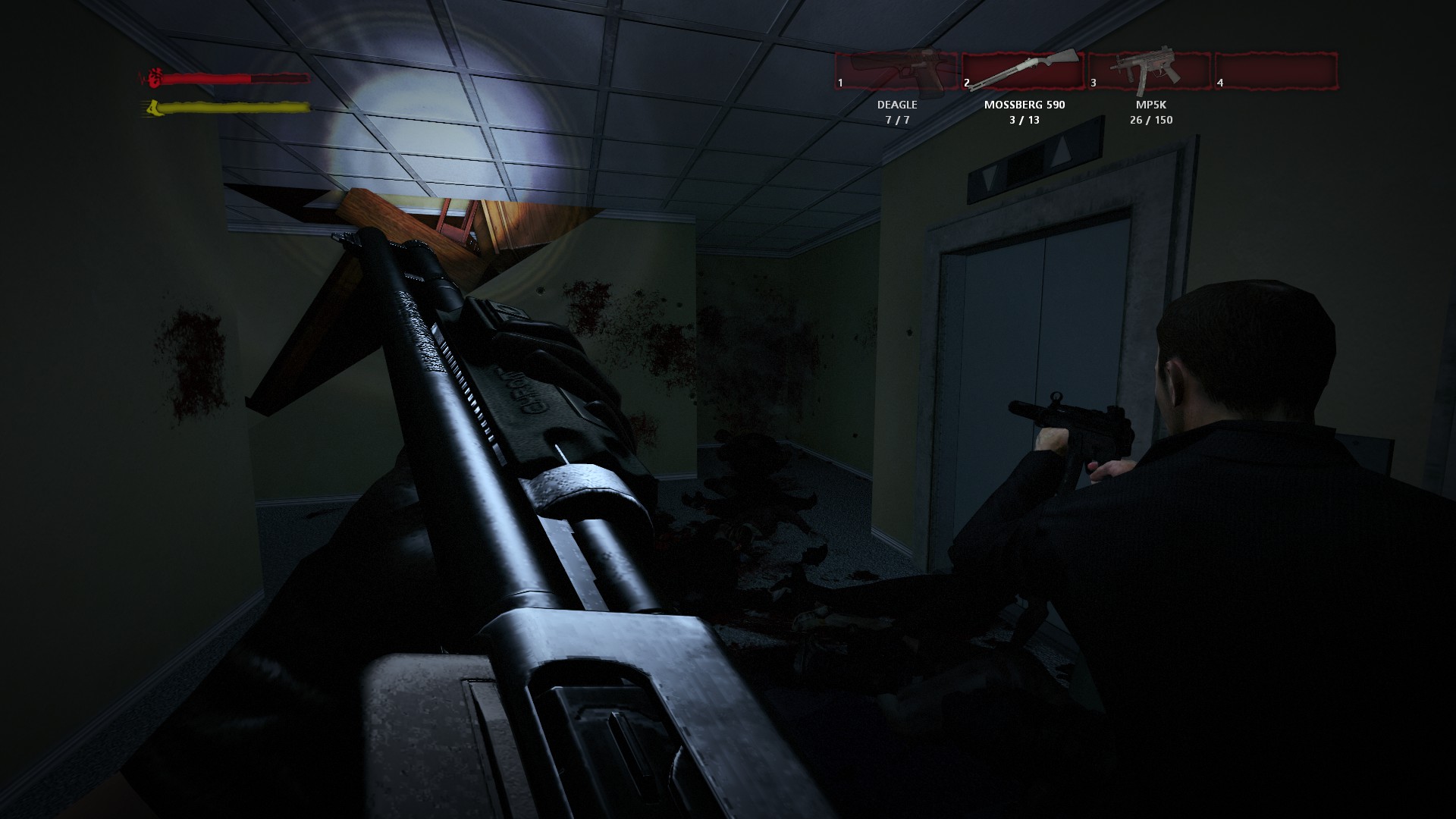 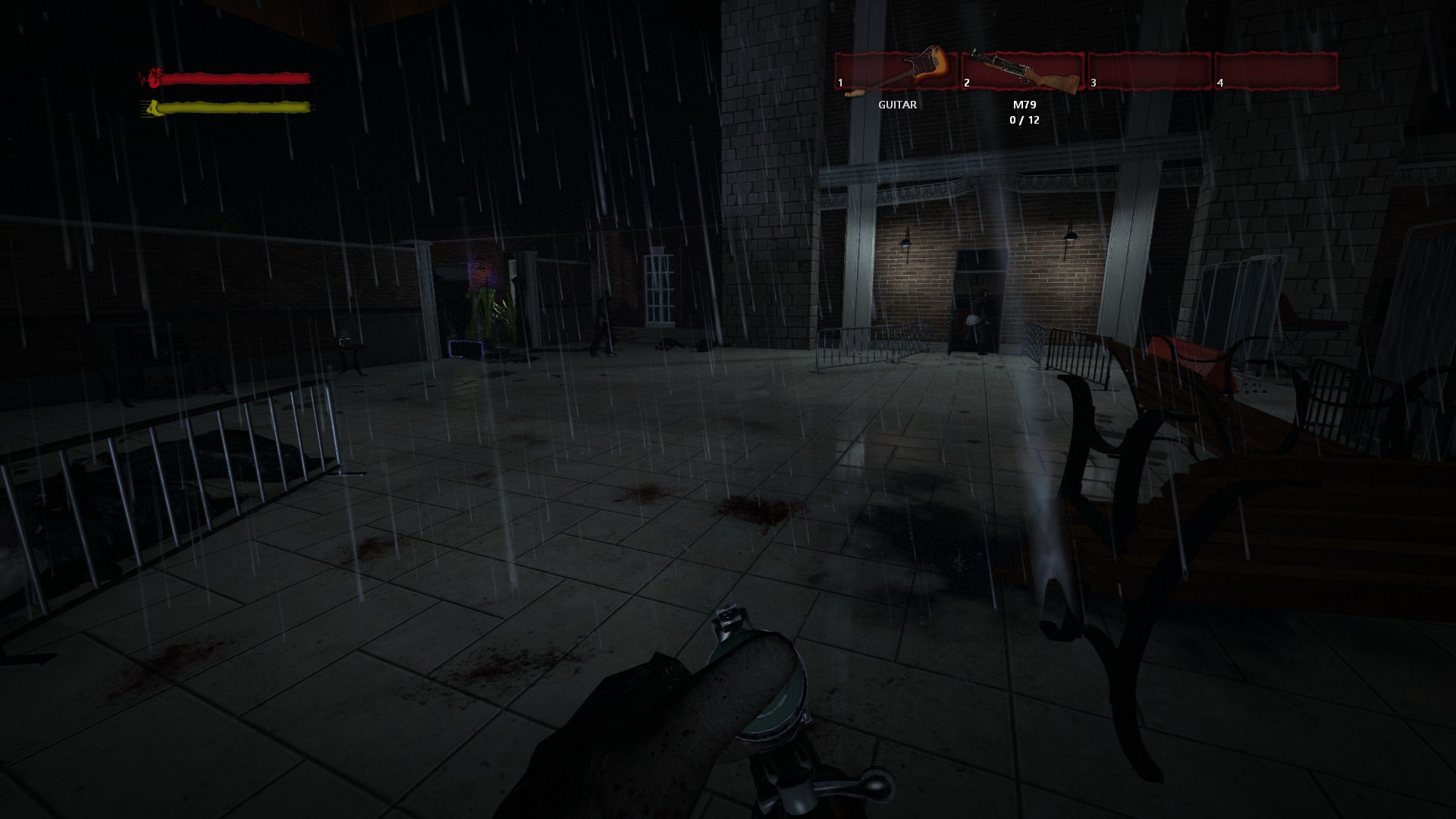 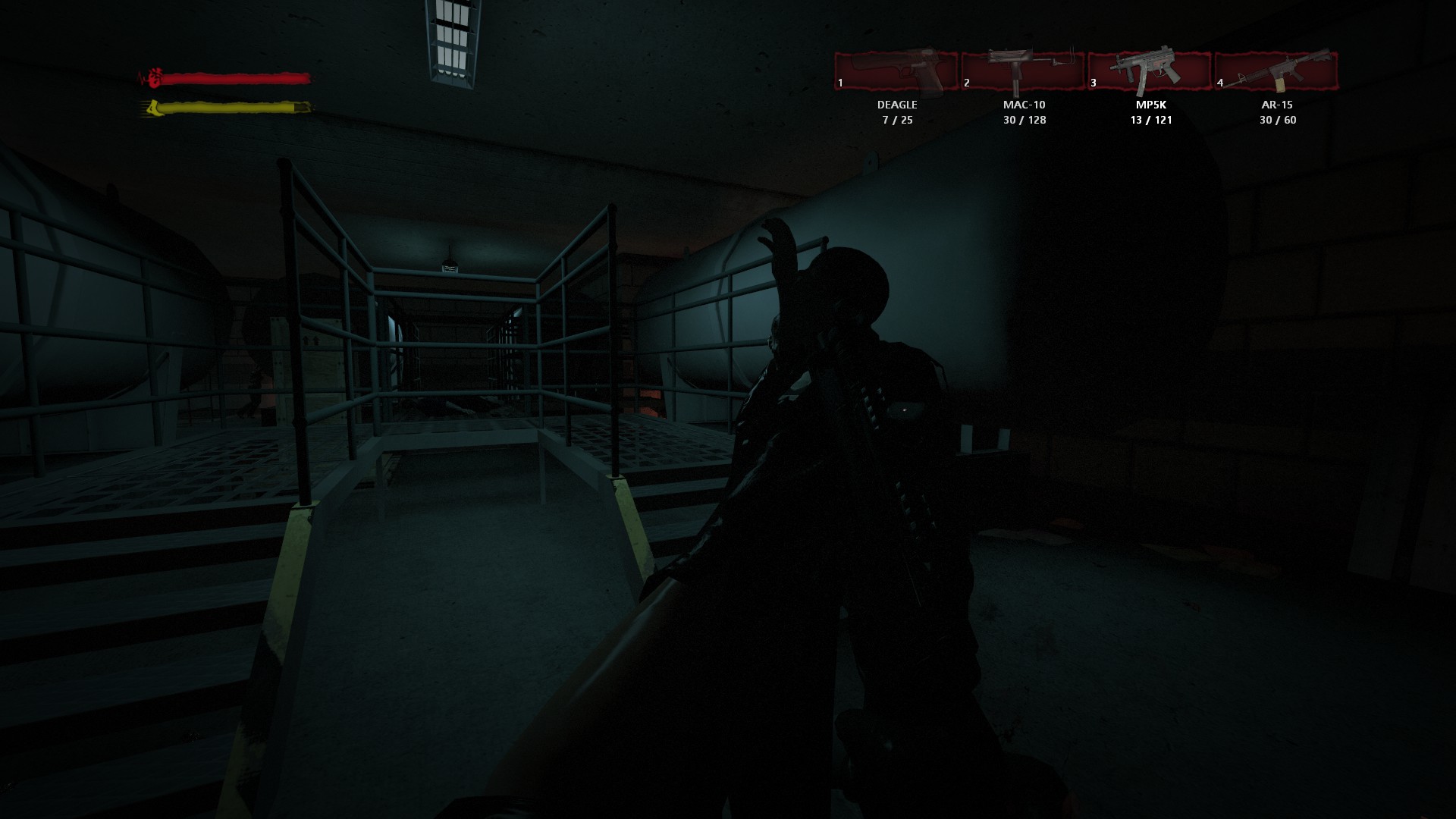 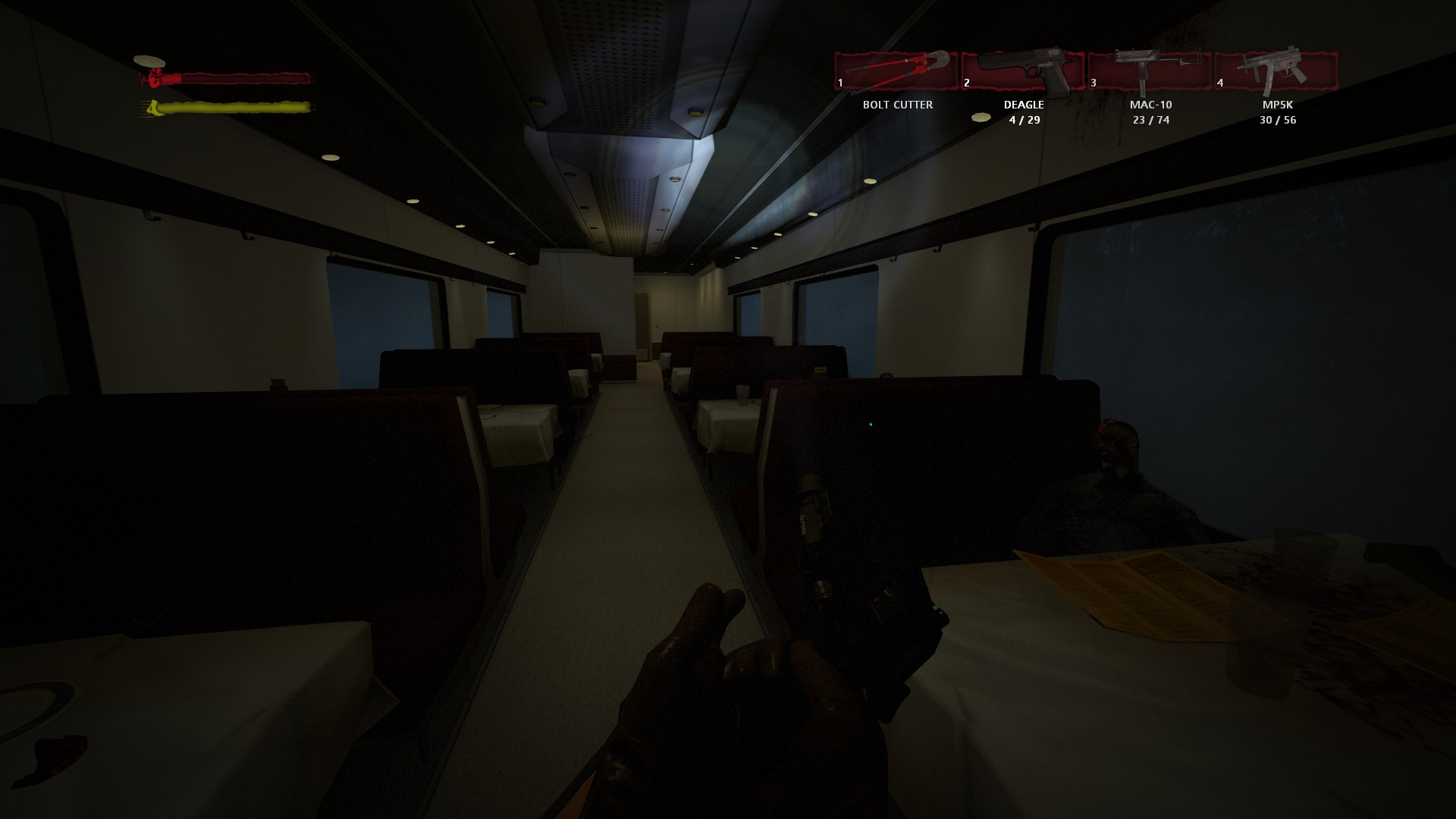 This combines changes from 29th of December 2019 to 8th of April 2022. But it does not contain everything, only some important bits. Basically a quick TLDR.

If you want to read all changes, you can find them here: Contagion Steam News Hub

In Treason, a group of mobsters finds a dead body. There are traitors amongst them...To find out who the traitors are, the innocents have to search for...

Request acces to the Playtest Build through the Steam page!

Since 2017 i've had my own idea about a more spiced up and faster Trouble in Terrorist Town experience. Started as a cs Condition Zero server with buggy...

This update details the progress that has been made with the mod over the last few months. Included is a walkthrough video of the entire first 3 levels.

WAY INTO THE DARK I

ENG Dark world... Of darkness and despair,this world has become so. Because of the Combine, that have enslaved it in their, own interests... Dive into...

Contagion isn't your average Zombie Shooter but instead takes a more realistic and different approach to the popular genre with unique characters, environments...

An infantry multiplayer first-person shooter set in the Vietnam War.

Garry’s Mod is a sandbox mod for the Source Engine. Unlike normal games there aren't any predefined aims or goals. Players are given tools and are left...

source code was released in the 2003 leak, the game was worked on by Team gabeN but their work has yet to be released. but the TFI Team are the newest...

Prospekt begins in the Nova Prospekt prison in the Half-Life universe. Gordon Freeman is slowly being overrun by soldiers in the prison, however unknown...

How to fix the error: Support for total conversions are not available using the source engine.

The most best Engine in universe

Hi, how i can found people for work with battle royale on source engine?

To bad this engine was not coded to count beyond the number three.

Mod SDK & Community
Built a game for Source and want to support mods? Try mod.io, a cross-platform mod SDK created by Indie DB which makes it easy to get a mod community up and running in-game. Currently seeking games to integrate and promote

Even tho it is aging and it is beginning to show its weakness comparred to other more modern engines, it is still my most preferred engine and the only one I was able to get into succesfully. And with all of the updates Valve is giving it, I think the source engine will be with us for a long time. I wouldn't really recommend this for a commerical product, just because there are so many more modern engines out there that will be a lot easier in the long run (like UDK), but all of the commercial games…