In which level four is fleshed out; the sunlight shader sees touch-ups; the player-character's death-animation is reworked; and "hidden" objects no longer are so.

This week's screenshots show work on the environment for level four: 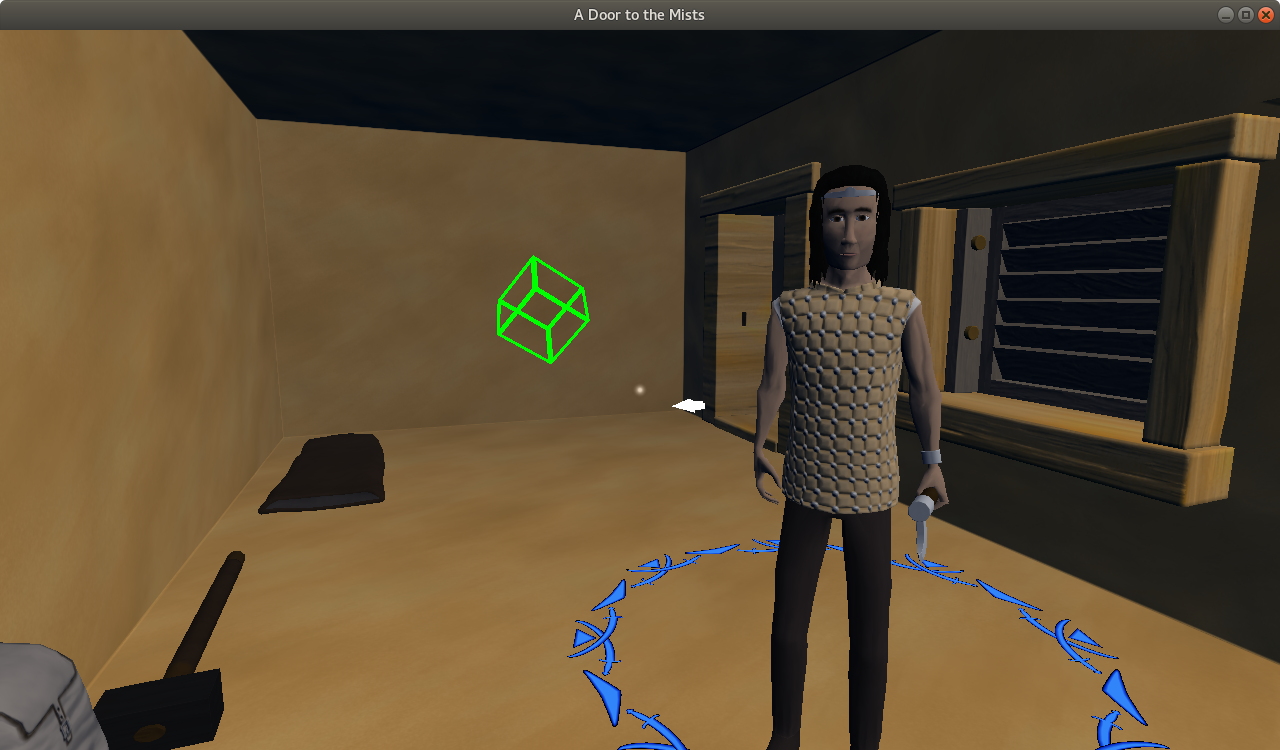 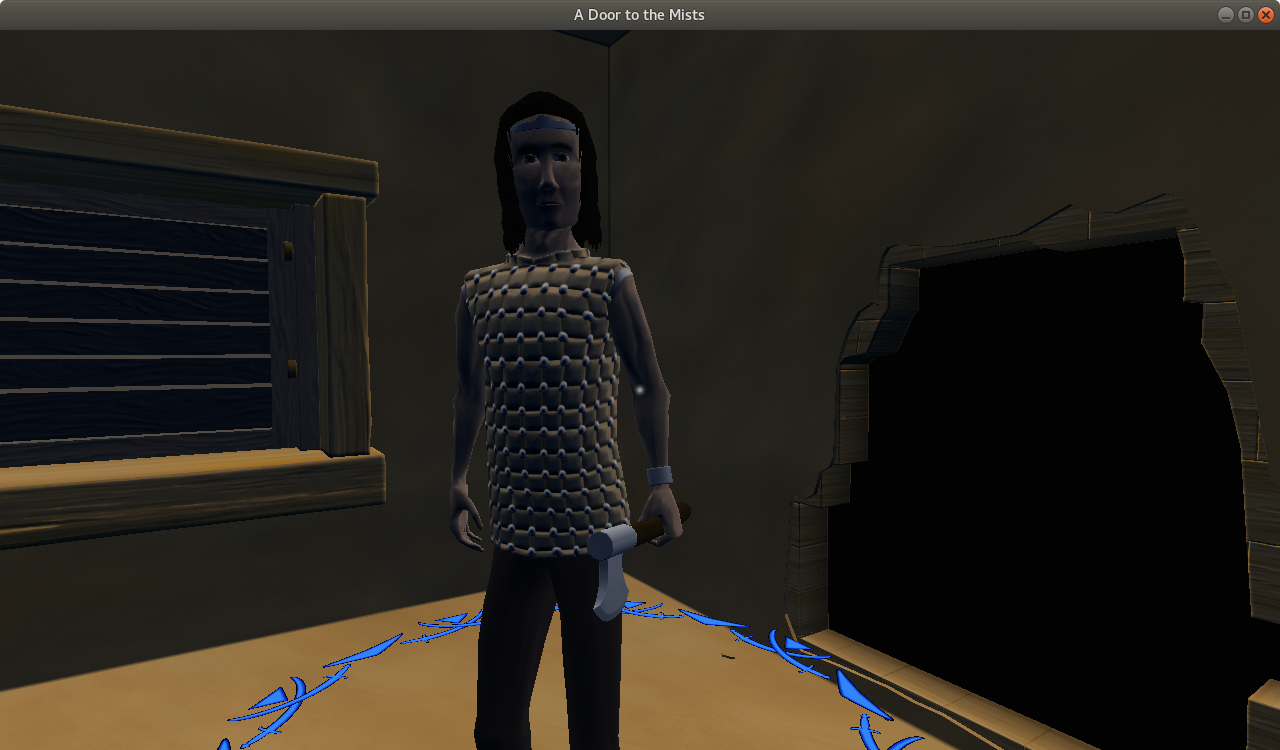 The week just past saw work on a variety of matters:

To start with, as shown above, I've begun work on fleshing out the level in which the recently-added enemy is encountered. (Not shown above is the glimpse that can be seen through the doorway of the outside world; it's limited, but it's there.

This level is, I intend, the smallest of all: the room that you see is the entirety of it. The player enters, has a sudden combat encounter, and then moves on--albeit not with the player-character unmoved.

This makes it a good target for a "quick win", a level that I can complete relatively quickly after the long, slow progress that has been level two.

Staying with art, something not shown above is that I've made some adjustments to the main sunlight shader. Shadowed regions can look a little flat at times--indeed, I fear that this is apparent in some of the props shown in the aforementioned screenshots--so I've allowed a little bit of highlighting even in full shadow.

Furthermore, I've changed the approach to sunlight highlighting such that, the less shiny an object is, the more its colour is used in highlights. This means that duller objects are less washed-out by their highlights, while shiny ones remain bright.

These changes aren't dramatic, and thus don't make for good screenshots. Still, I think that they are improvements.

(And I experimented with other changes, too, both in the main sunlight shader and the player-light one, but wasn't happy with the results in those cases as I recall.)

Sticking with art, I also reworked the player-character's in-combat death animation: I had for some time been unhappy with the previous version, and so decided at last to replace it. I'm rather happier with this new one, I do believe!

And concomitantly, I made some minor changes to the camera-work that happens when the player dies in combat, in order to accommodate this new animation.

Turning to game design, A Door to the Mists has included a mechanic that I've been uncertain about: that of "hidden" objects--by which I mean objects that are interactive, but that don't initially show themselves as such. An example is the curtain at the end of level one.

On the one hand, I like that hiding objects in this way allows for player discovery: when all interactive objects are labelled from the start, there's less space for the player to have that lovely "aha!" moment as a result of suspecting an object as important, testing it, and find it to indeed be so.

On the other hand, it somewhat breaks the "language" of the game, and is thus counter-intuitive: why would a player think to examine a non-highlighted object when all other interactive objects are highlighted?

Now, I could solve this issue by simply having all objects be "hidden"--but that may very well leave the player feeling a pressure to attempt to examine everything, just in case it's interactive. And that... doesn't sound fun.

What I've decided then, after much deliberation--and what I implemented in the week just past--is that there will be no "hidden" objects. In some cases interaction might only become available after examination, but all interactive objects will at the least be highlighted and named.

This means the loss of that type of discovery that I mentioned earlier, but hopefully I'll manage to work (and have worked) around it to some degree, at least!

(And along with this, I've slightly reworked the behaviour of the curtain in level one.) 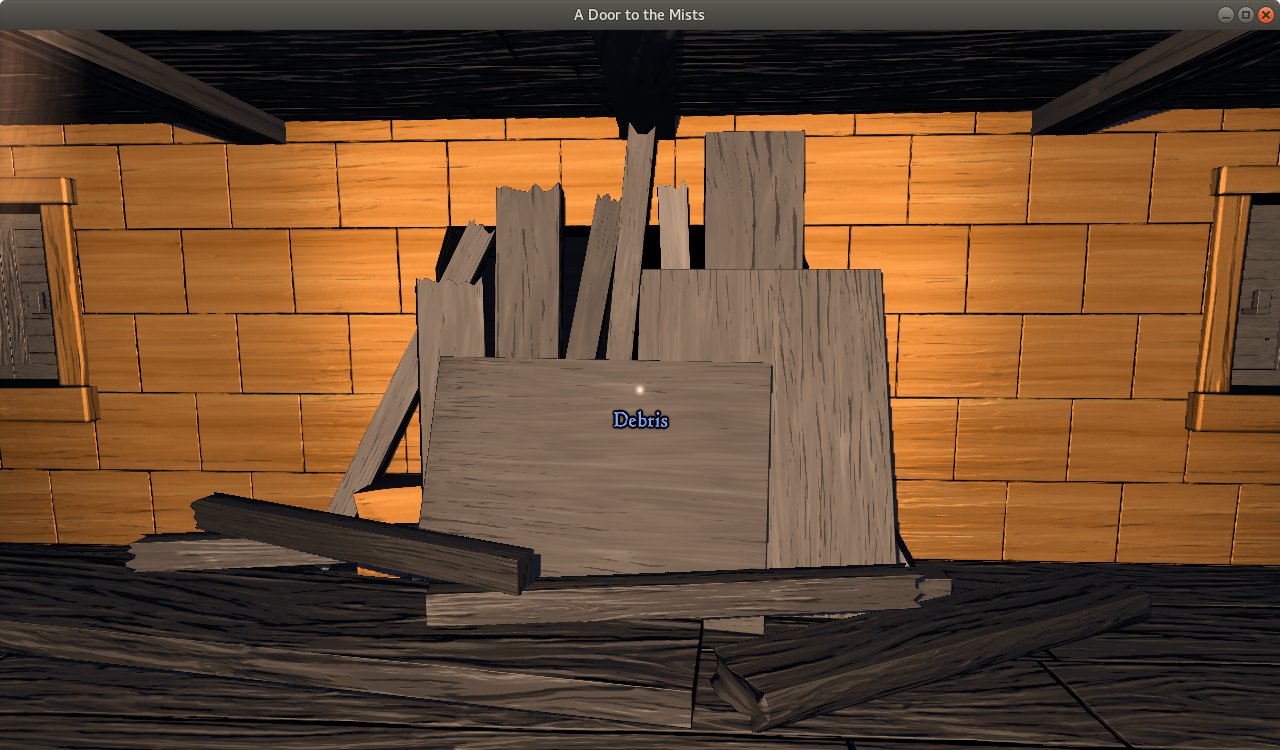 And finally, a number of changes were made that don't seem worth detailing here!