Post news RSS ⚔️ The demo is ever so close 🛡️

On this devlog: Escudo's almost done, AI on hold, tutorials, and difficulty curves.

𝕿he road to the demo continues.

The entire code for Escudo is officially done. Upon getting all the roughs, I was able to devote time to finishing off her moves. Balancing and tweaking her stats still need to be done, but she is officially completely playable. Her artwork is still in the process of being finished and I predict that by next week, all her outlines will be ready. When that time comes, she will have her layers created so that she may be used in the color editor and I can finally provide her with the 2 default color palettes. 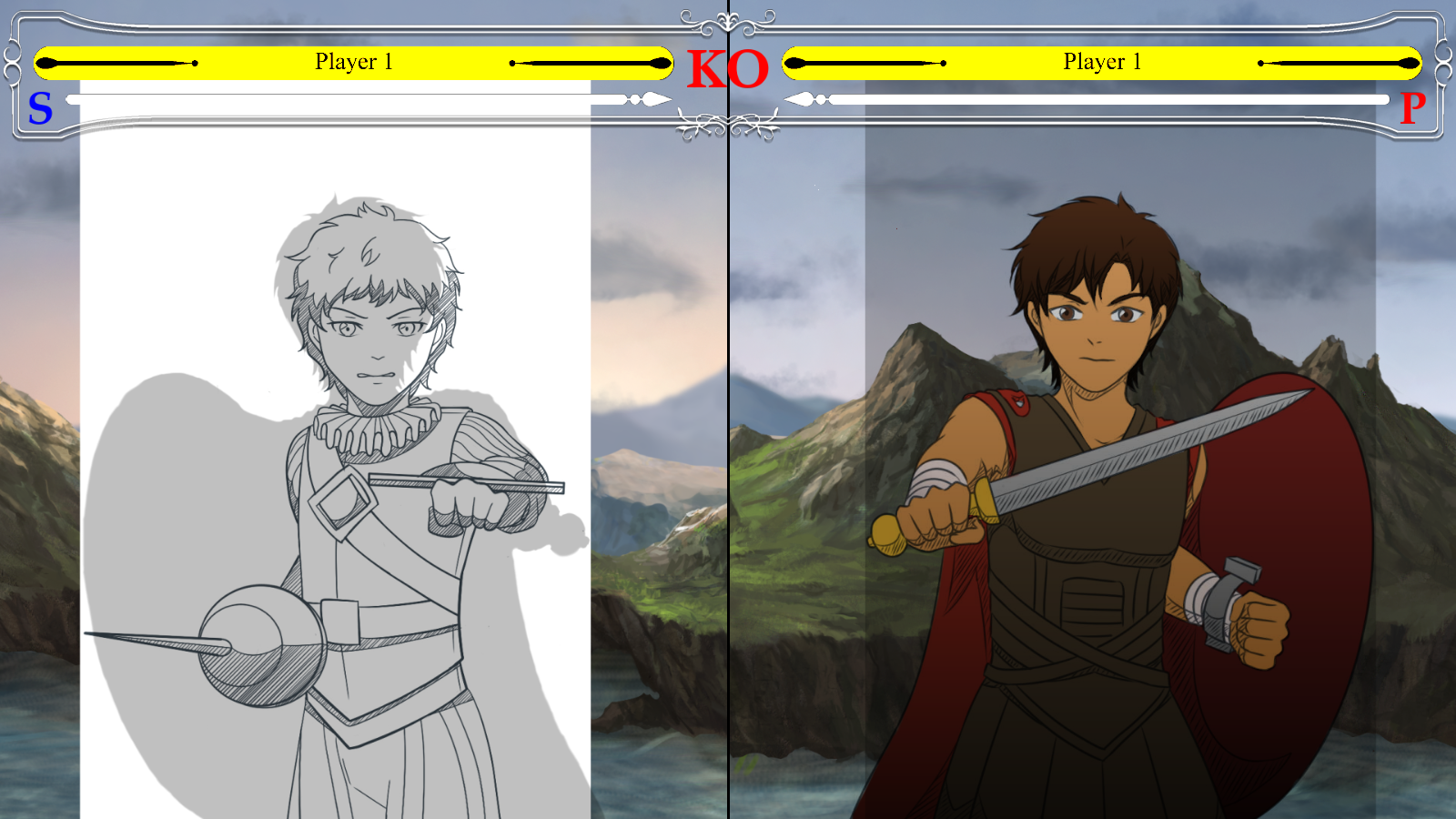 Only a matter of time before she leaves that rectangular entrapment.

While Escudo's artwork is being finished, I continued to work on the AI, only to eventually stop. I got to the point where the AI is more less a template now to use for the rest of the cast, but since I only had Enro to work with, it's mostly being utilized by him exclusively. The AI can use the template on Escudo, but it's clear that the current AI still thinks it's Enro. I should get to work on making an AI specifically for Escudo but will hold off until Escudo is 100% as I rather have her graphics done to get a better picture on how she is suppose to move. The tutorial isn't the only piece of information about learning the game. Character bios are also available to learn about each character, including their stats, their special moves, what makes them different from other characters (idiosyncrasies), and a in-universe biography. I have plans to add a chart that compares everyone's stats and attributes with each other, but this will have to wait until the rest of the cast is done. 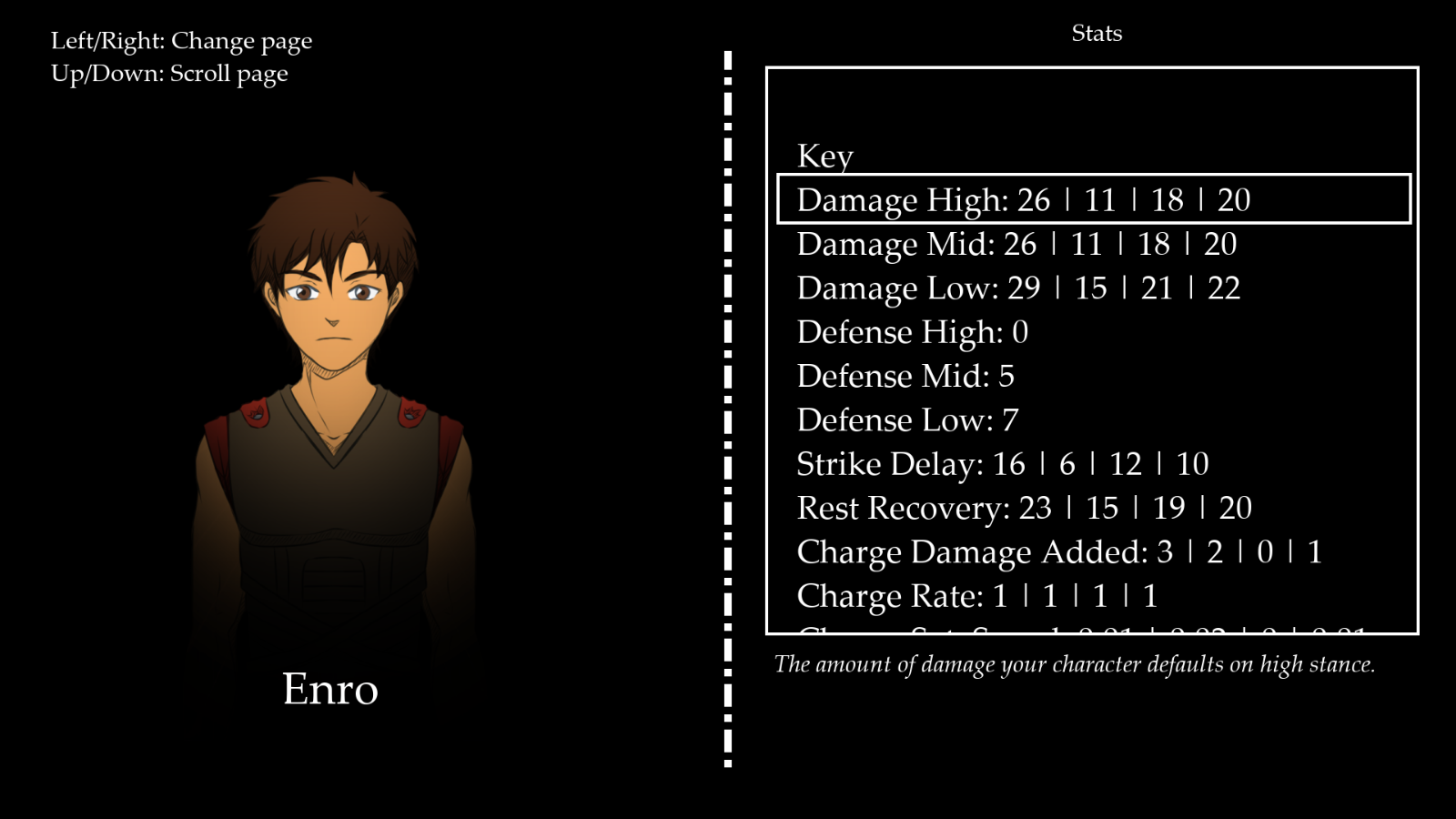