So let's start with the big issue: the studio working on the character artwork are now in the process of deciding on who will work on the next set of sprites for Escudo. The original artist who made the Enro sprites and every other character's artwork is having personal issues and this has put a halt on the creation process of both promotional artwork as well as the start of Escudo's sprite set. This means that the battle system for the game is being put on hold until we can get this sorted. Thankfully, I have just received the test sprites from two artist and one is just the way it should look like. Once they receive my email approving the image, work on the battle system will continue soon enough. 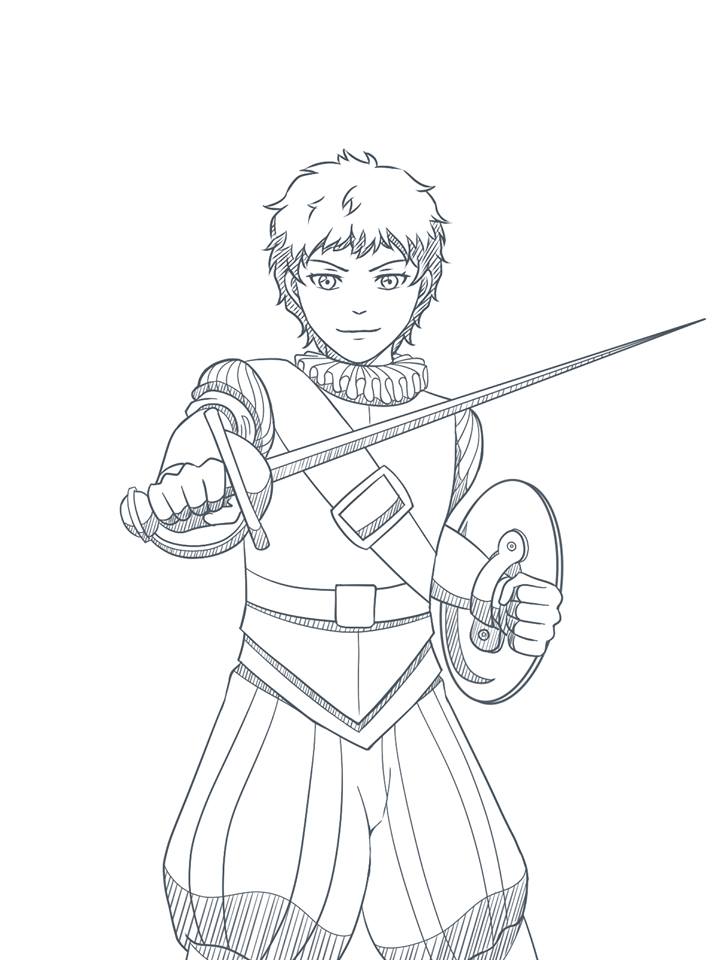 One of the proposed images of Escudo from the new artist. Subject to change.

But aside from that, there's not much work being done to the game. I'm actually kind of burned out from development and have been taking it easy as of late. An hour or two a day seems to be my schedule which is ironic considering that we're in quarantine. Years ago, I would've been on this project all day long with such free time, but after years of working games in a non-stop rate, things have changed and I must consider that working endlessly can't be good for you.

So what exactly have I been doing?

First off, I've been working on the menus. As mentioned in the previous post, the UI has been overhauled and has now a more decorative feel to it. It is much more enhanced than the non-existent UI of the beta, and now I can provide the actual options for the player. So far the main menu is being worked on with a whole bunch of options for each section. This include difficulty settings for arcade mode, the color editor, and of course the actual Options menu and it's sub menus. 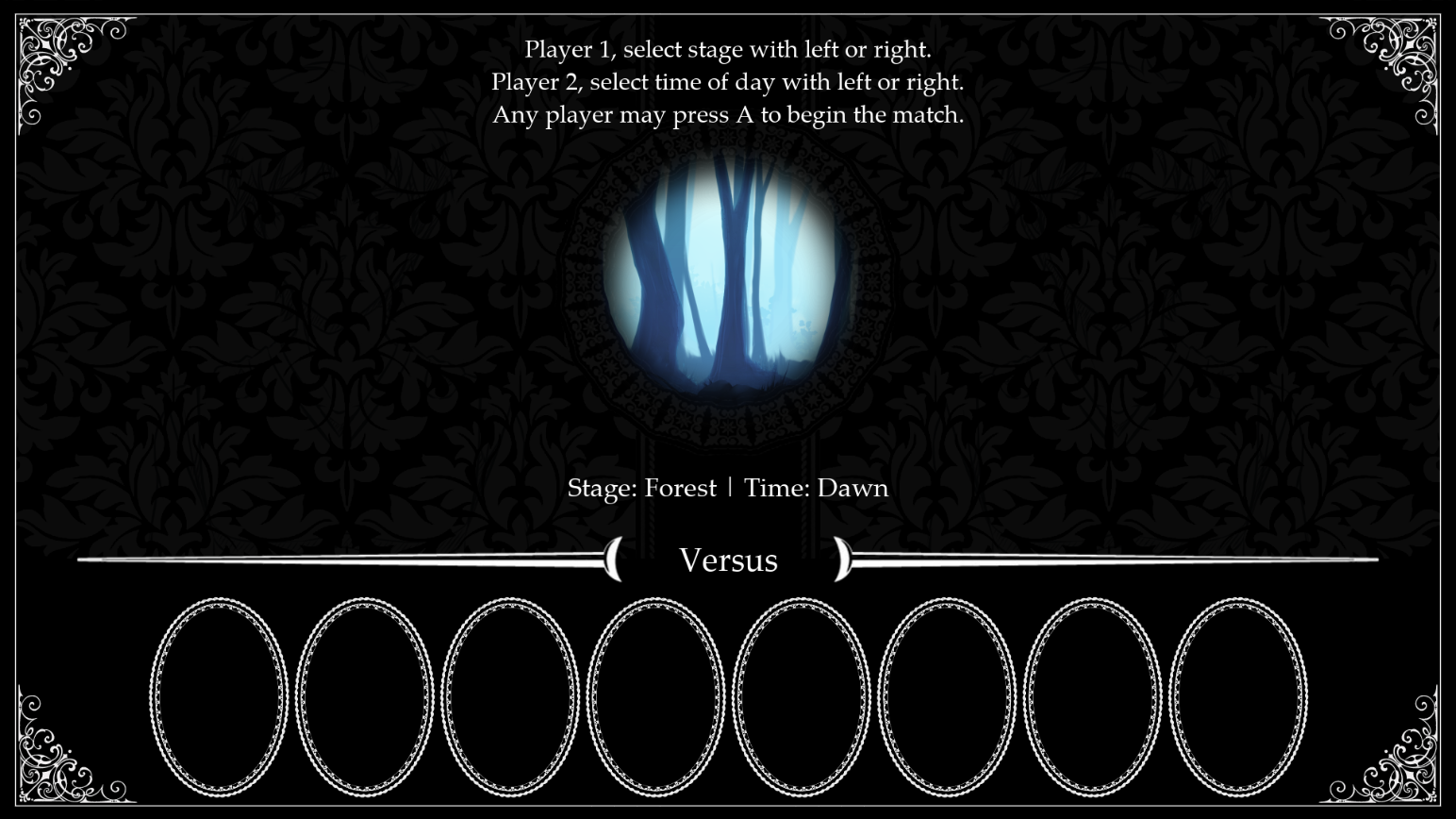 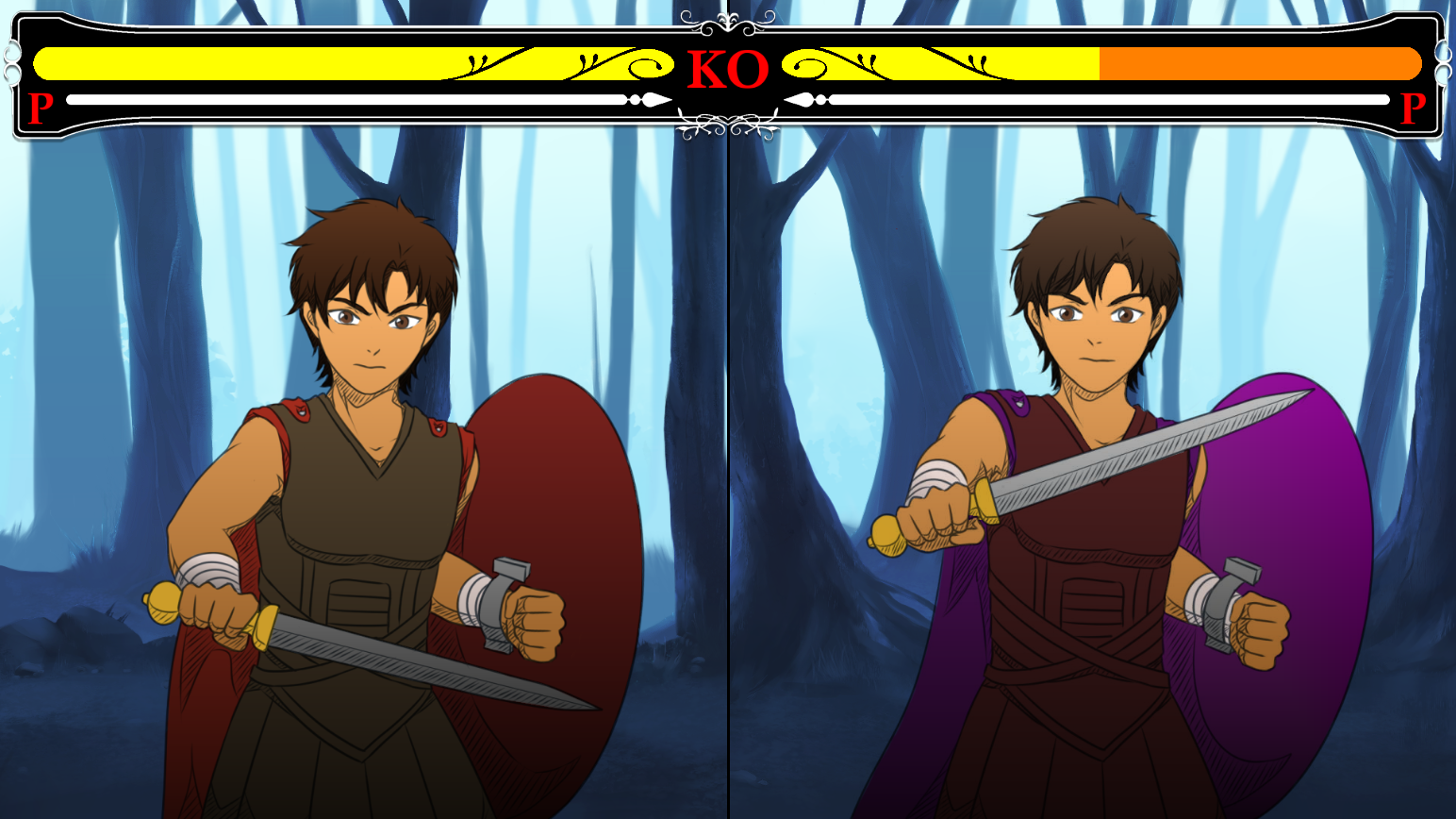 A look at the second background.

In getting ready for Escudo's debut, I've been working on the document to present to the artist. Nothing exciting here but it's one of those things that must be done. I estimate that the sprites will take around 2 months to create, so she's still a while away but it's going to be worth it if she comes out just as good as Enro. 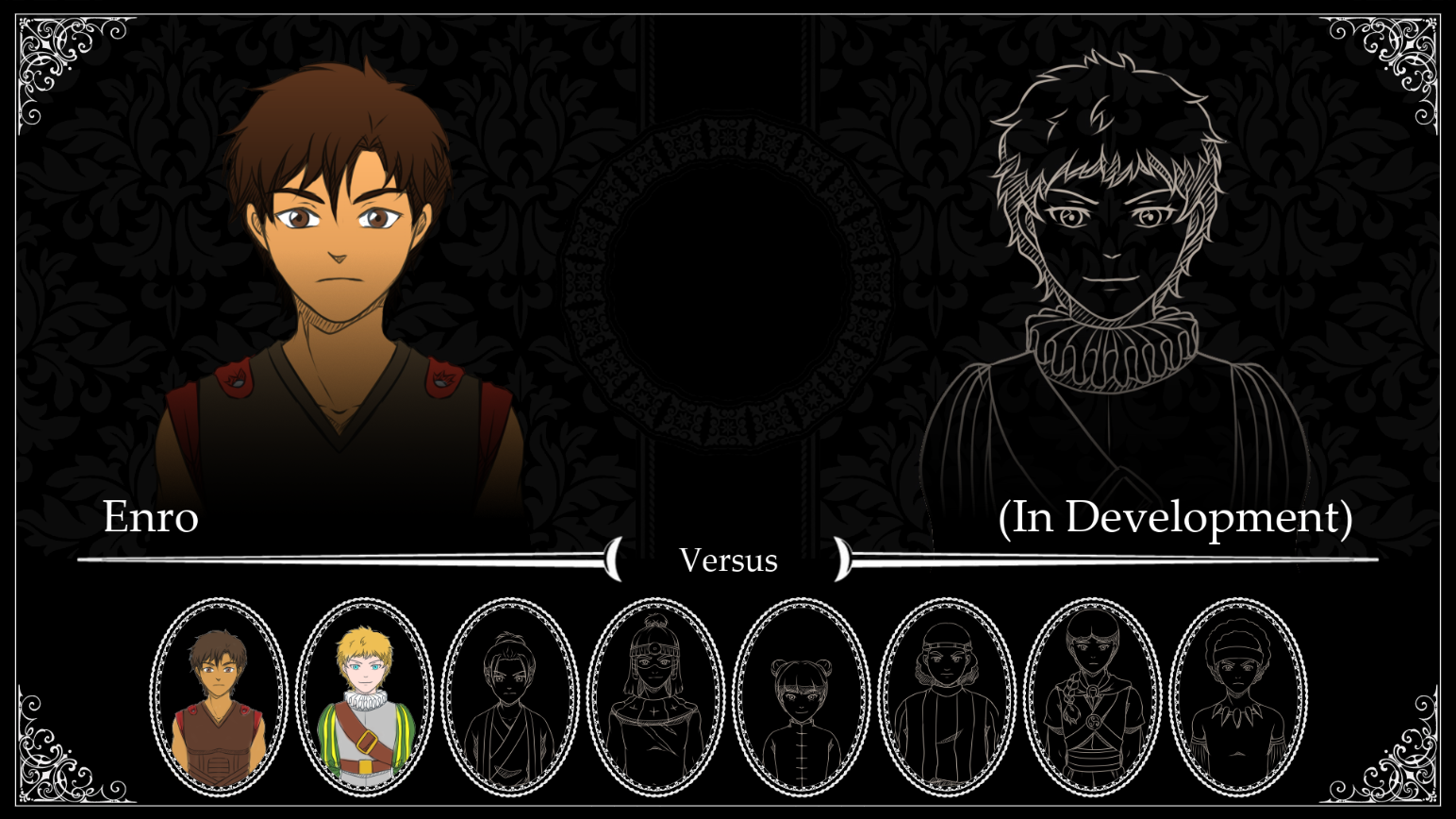 (In Development)? What kind of name is that?

The only other thing I have to announce is that the demo is slated for a summer release. I definitely do not want to go over into August as I want to have as much time as possible to figure out how to promote this game and figure the summer is the best time to do it.

I'd say, at this point, the game is about half-way done for it's first demo release and if all goes well, will be slated for July. All the menus are in place and the battle system is working fine, the only thing it needs is to add all the options in place.