Hello!
Another week of dev came and went, and things are coming together rather nicely.

Research implementation is now finished. There are a few bugs remaining, but it works well enough to have these ironed out in the upcoming week or so. Research times and costs will need to be tweaked based on feedback once the game releases, but should be fairly well balanced.

I continue to add more decorations, props and new "extra" buildings into the game, since I have a bit of extra time for this. There's now a set of small Residences, commercial and industrial buildings in the works. These add a bit of varition to zone size and can be used to mix things up a bit or create more suburban type areas.
Some of the new residences can be seen here: 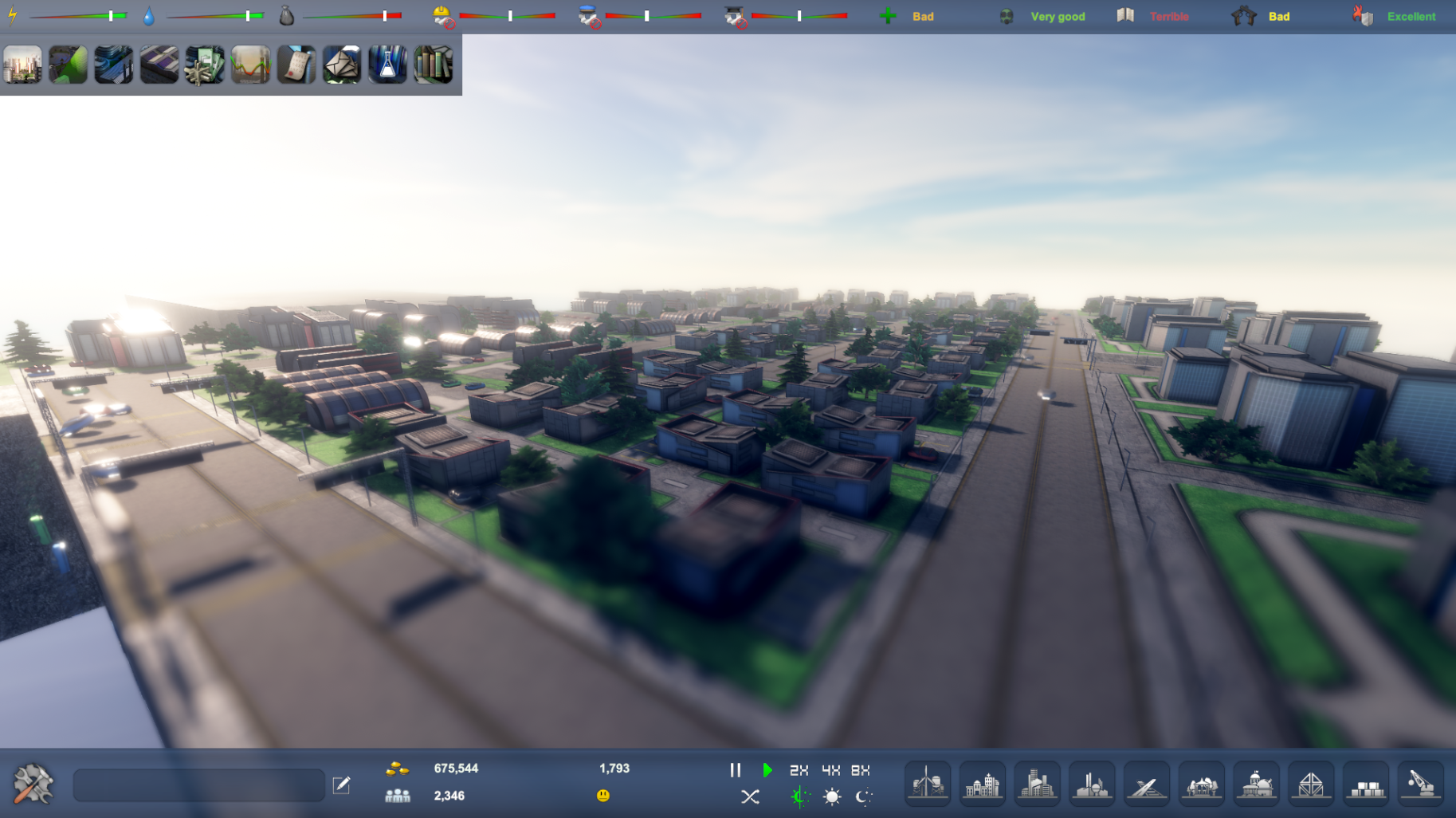 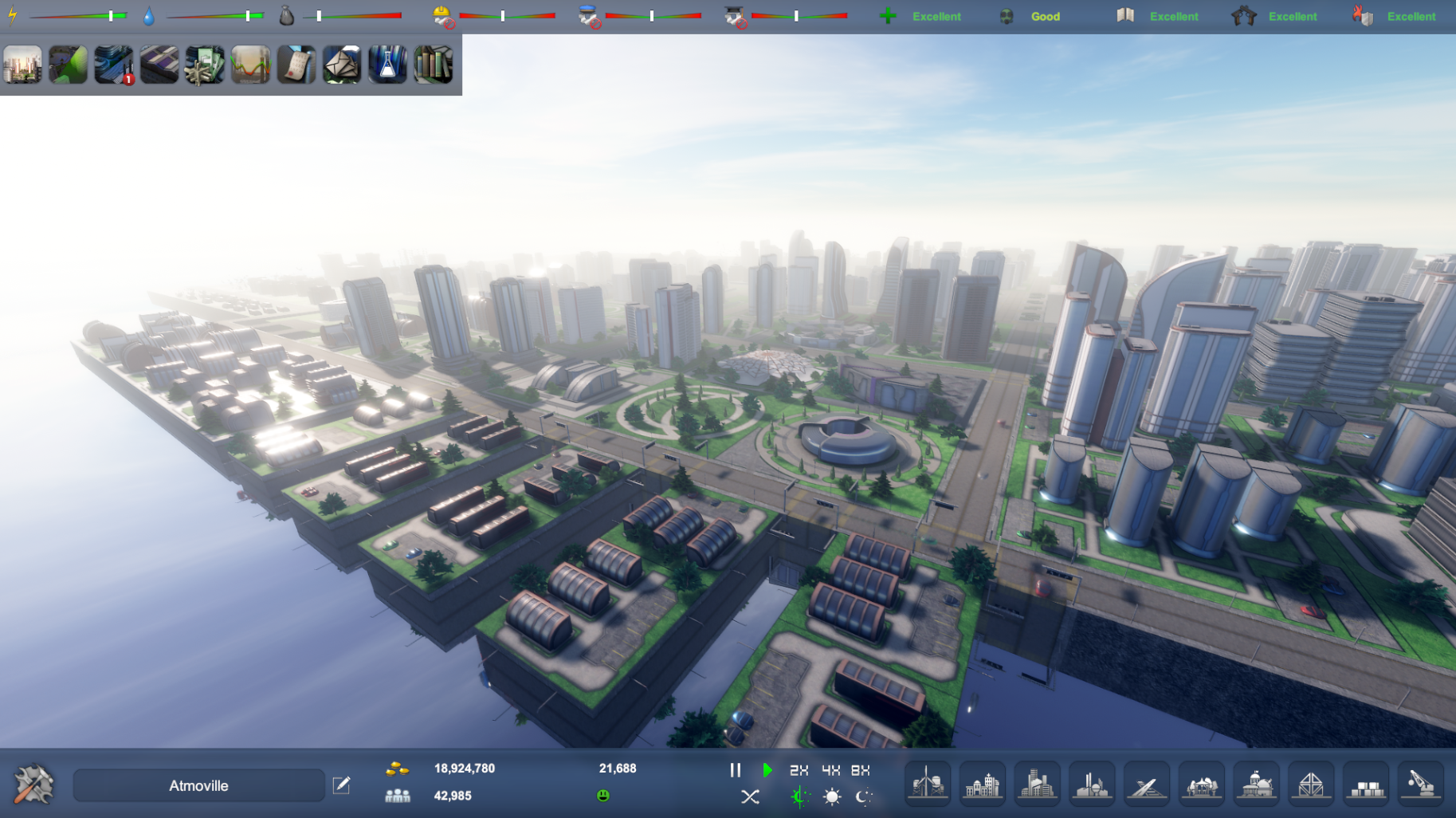 As mentioned, I'm also working on new props. These props will be seen when zoomed in fairly closely and may include stuff like park benches etc. For starters I've made a road sign that lights up during nights: 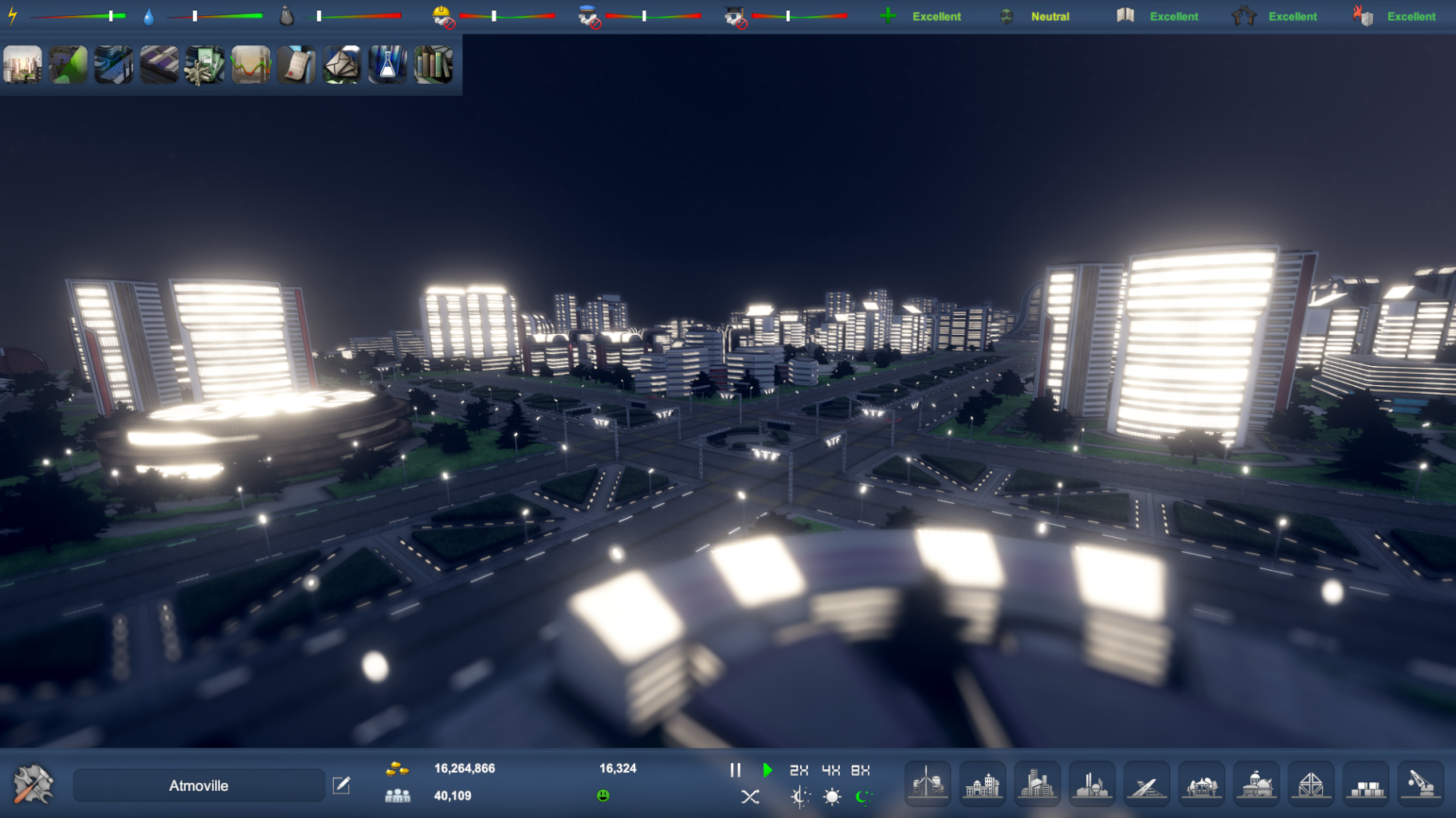 Current ongoing work includes trains for the vacuumtubes. This is currently only in a boxing stage and so there are no images yet, but I have high hopes for trains as it will add more life into the cities. On the same subject, I'm reworking the car system a bit to allow for cars to respawn in new positions fasters. That way I can have densely trafficed streets without actually having too many running at the same time. At the moment this has been trickier than expected (getting it to look good that is), but hopefully there should be packed streets next week. 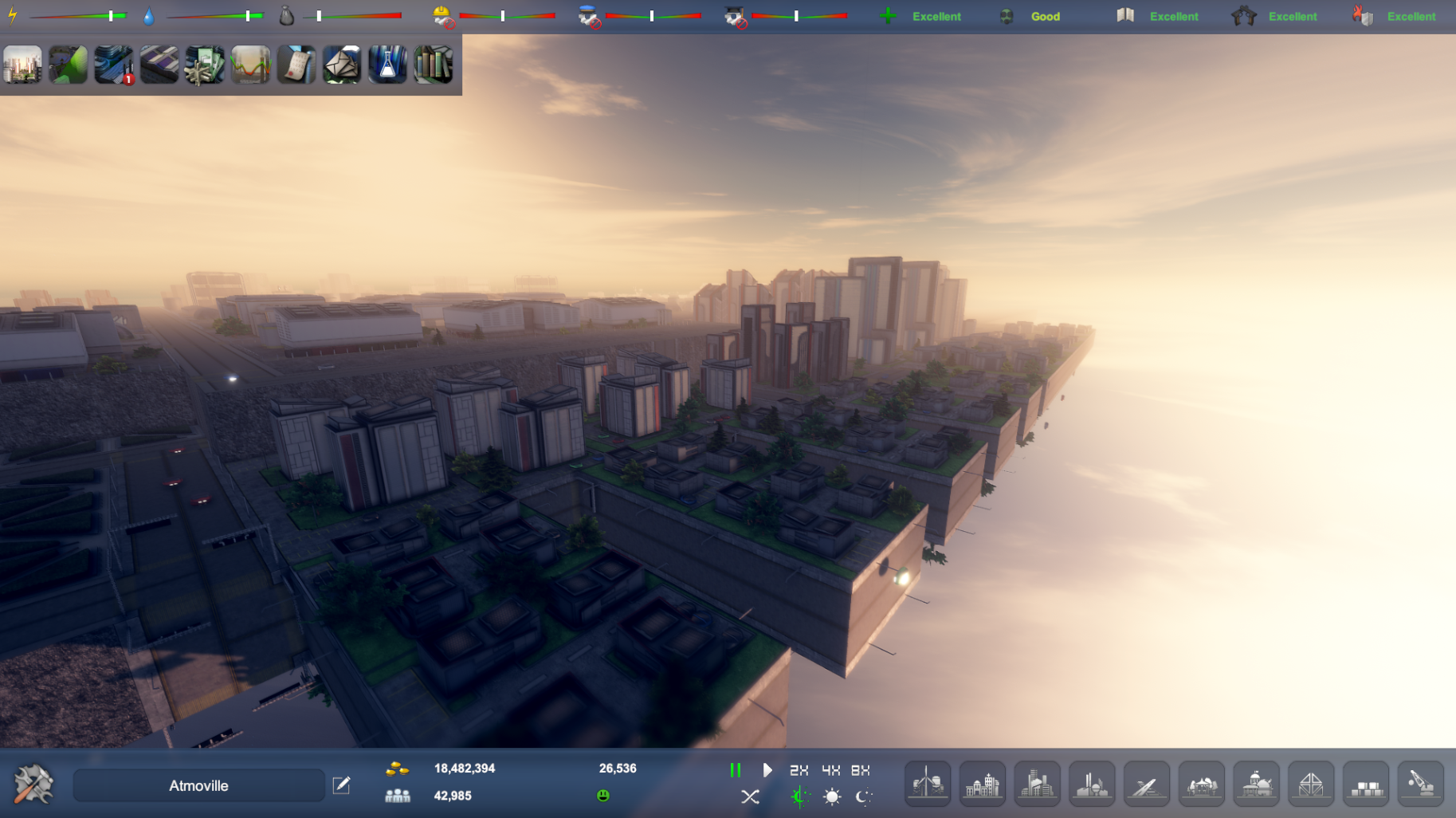 I've also finished up on some remaining UI work. The UI should be more or less completely finished now, but will likely see several changes and tweaks once the game releases into early access and I get feedback from players. 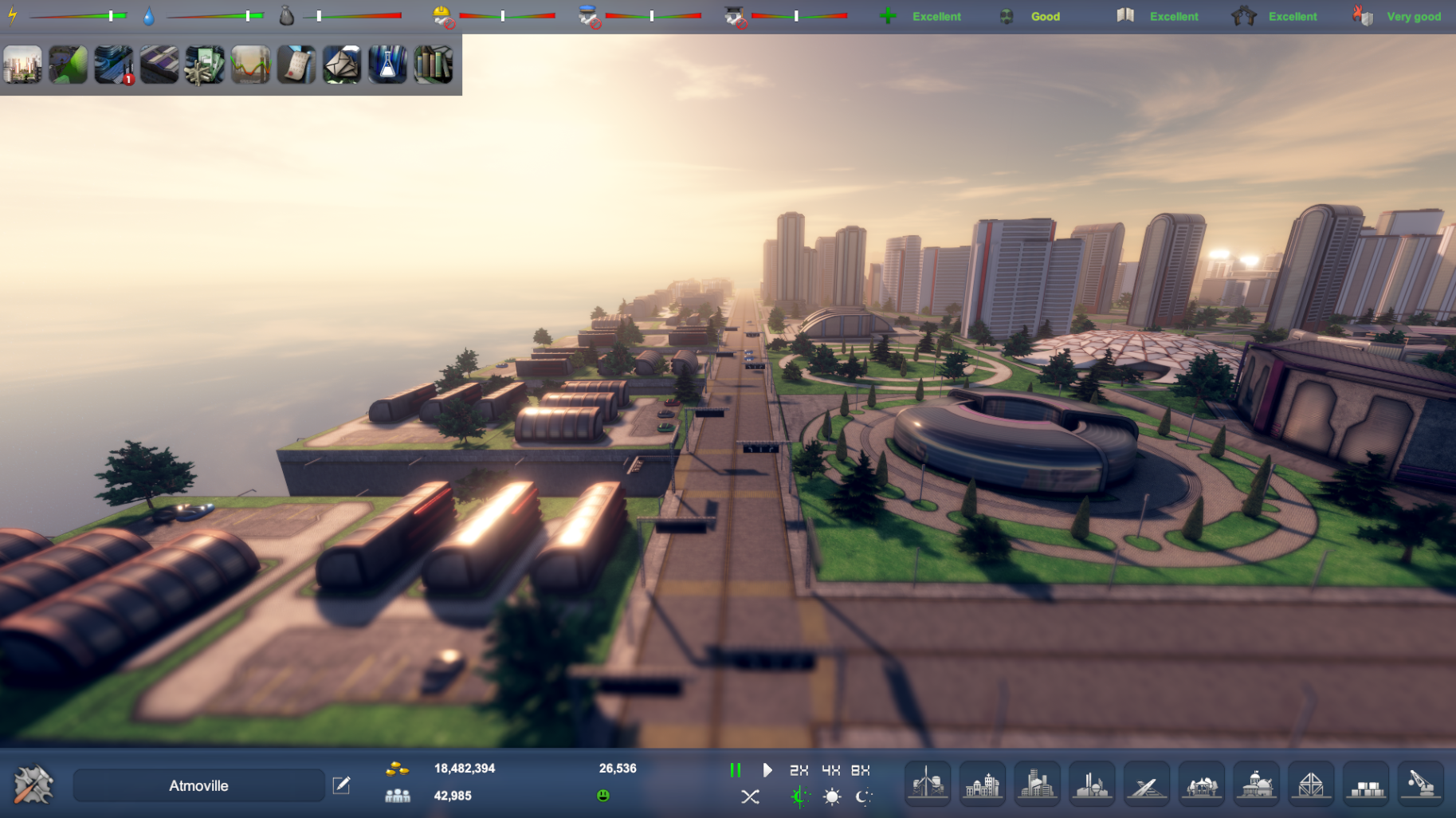 Bug hunting and optimizing is an ongoing Project, mostly relating to messages and the new research stuff. But there's been the regular minor stuff too.

Next week I should have the trains implemented and possibly the atmo fleets too. The two remaining features to implement is the campaign and the "landmode", I should get around to working on this next week as well.