Universities, Theatres and the complete set of production facilities.

The latest version will go up in a few hours and features quite a few new things:

- Music implemented. Currently it only shuffles the tracks. The system to trigger music based on events is in the works.

- Budget calculation errors have been fixed.

Aside from the above, a handful of minor issues have been fixed.

I'm closing in on finishing all the buildings meant for the EA-release of the game. The remaining ones that will be finished in the upcoming few weeks are the atmoport and the vactrainstation.

The University is used to increase education levels across the city. They don't need to be built next to specific buildings or anything. 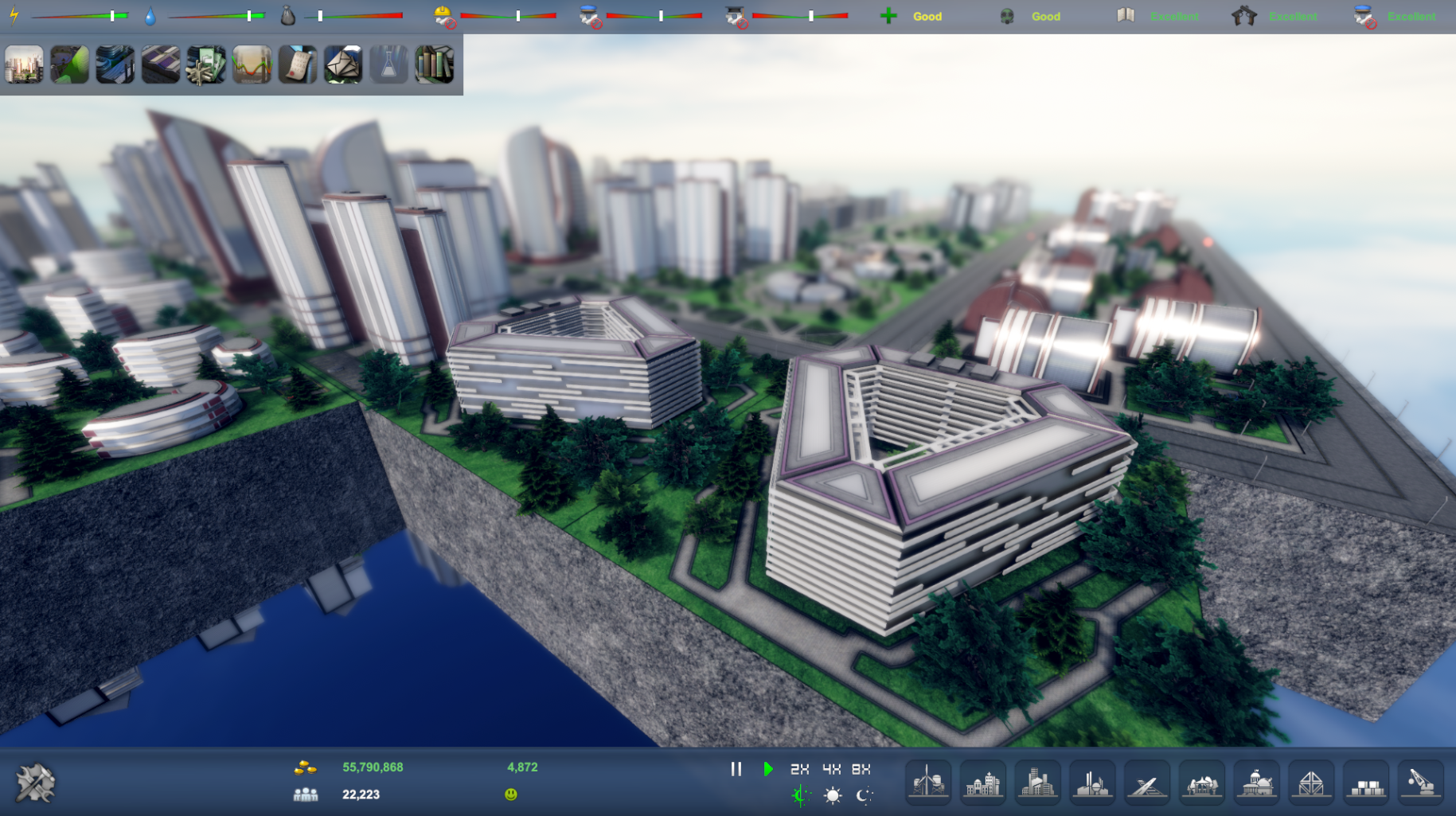 The Theatre building is required to keep upper class citizens happy. In future versions, theatres will produce culture, which will be used to increase happiness across the city. 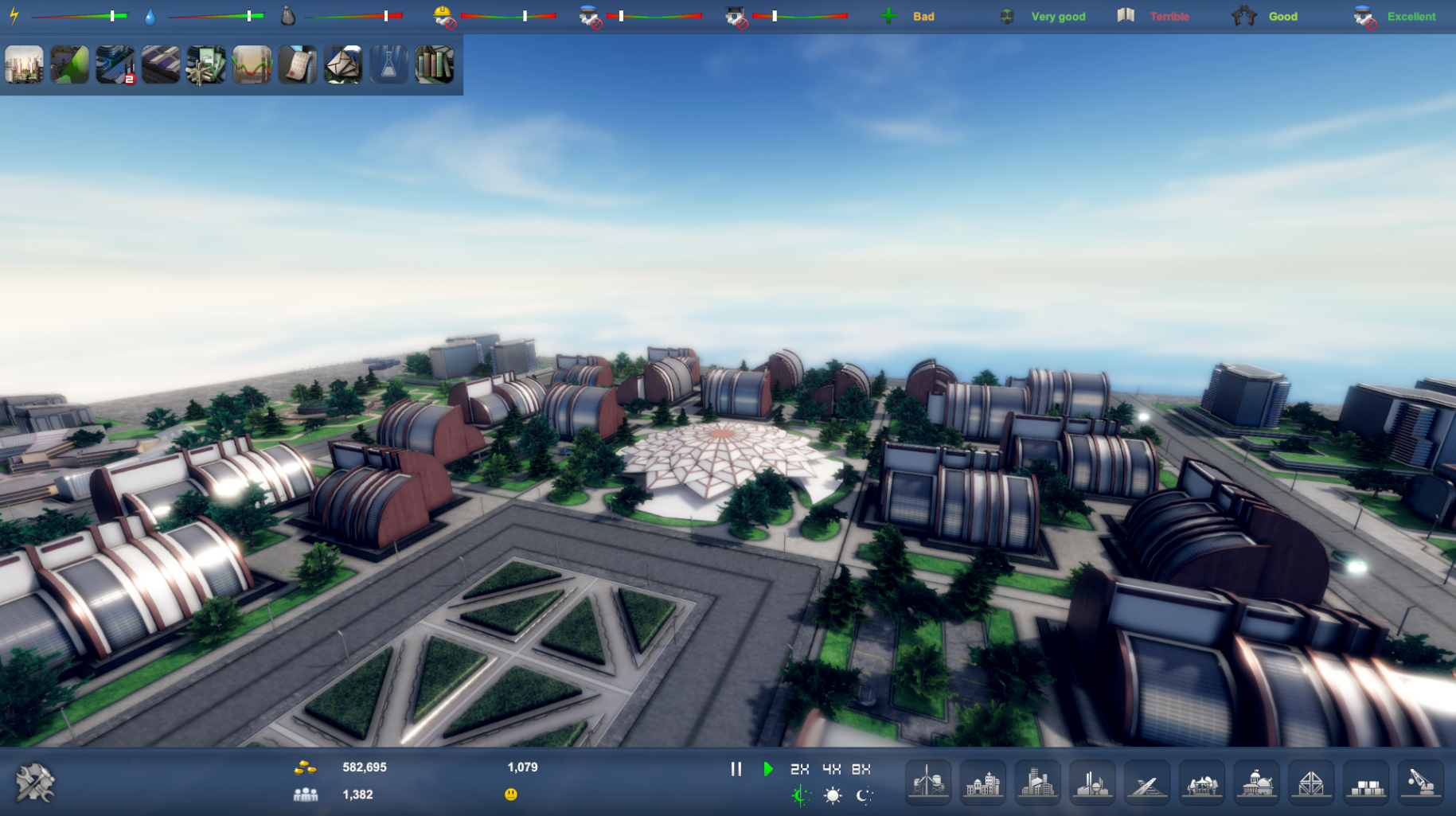 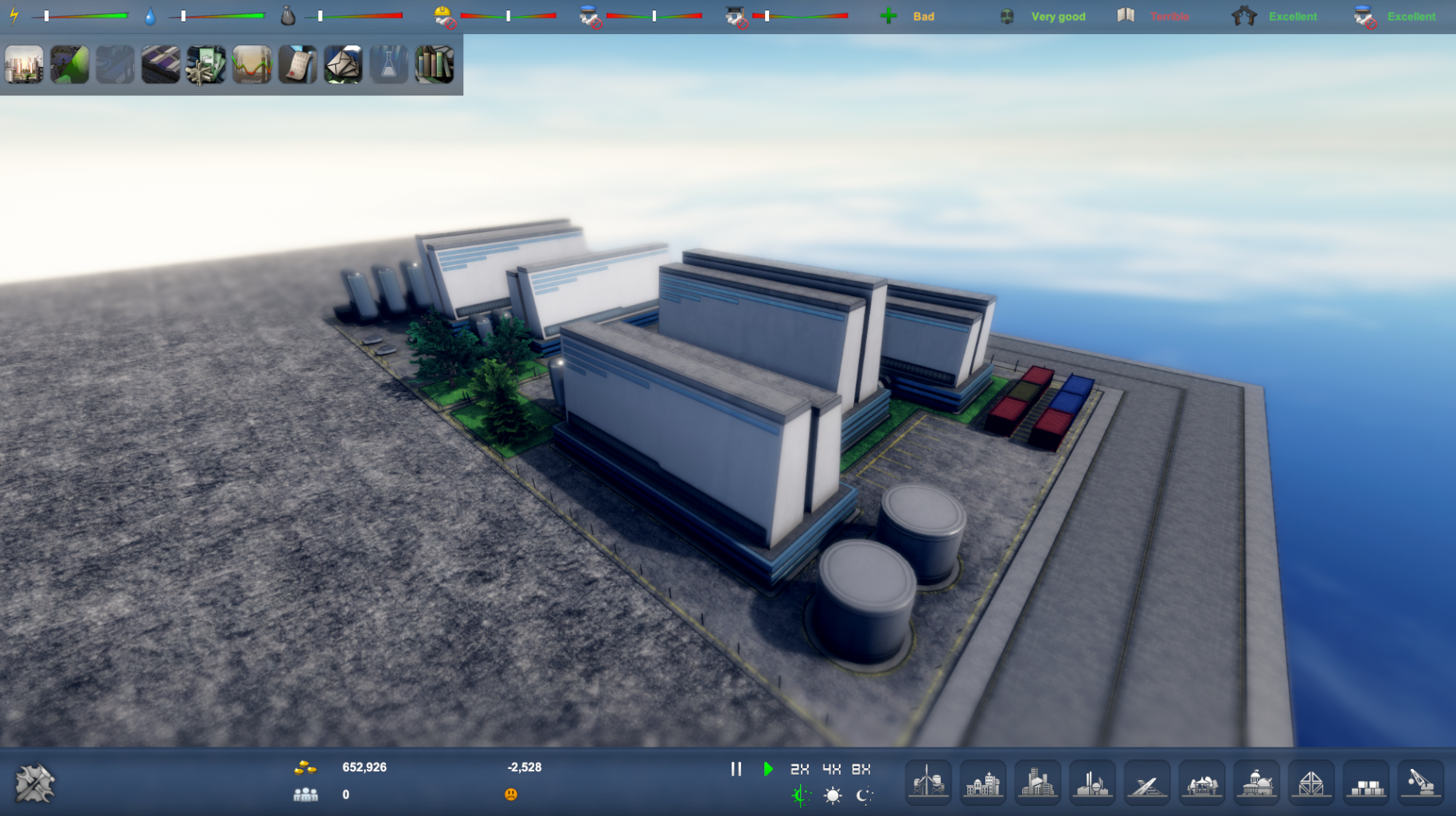 Complex machinery is used in nuclear waste storage facilities, hospitals and in future versions is required for high tech industry. 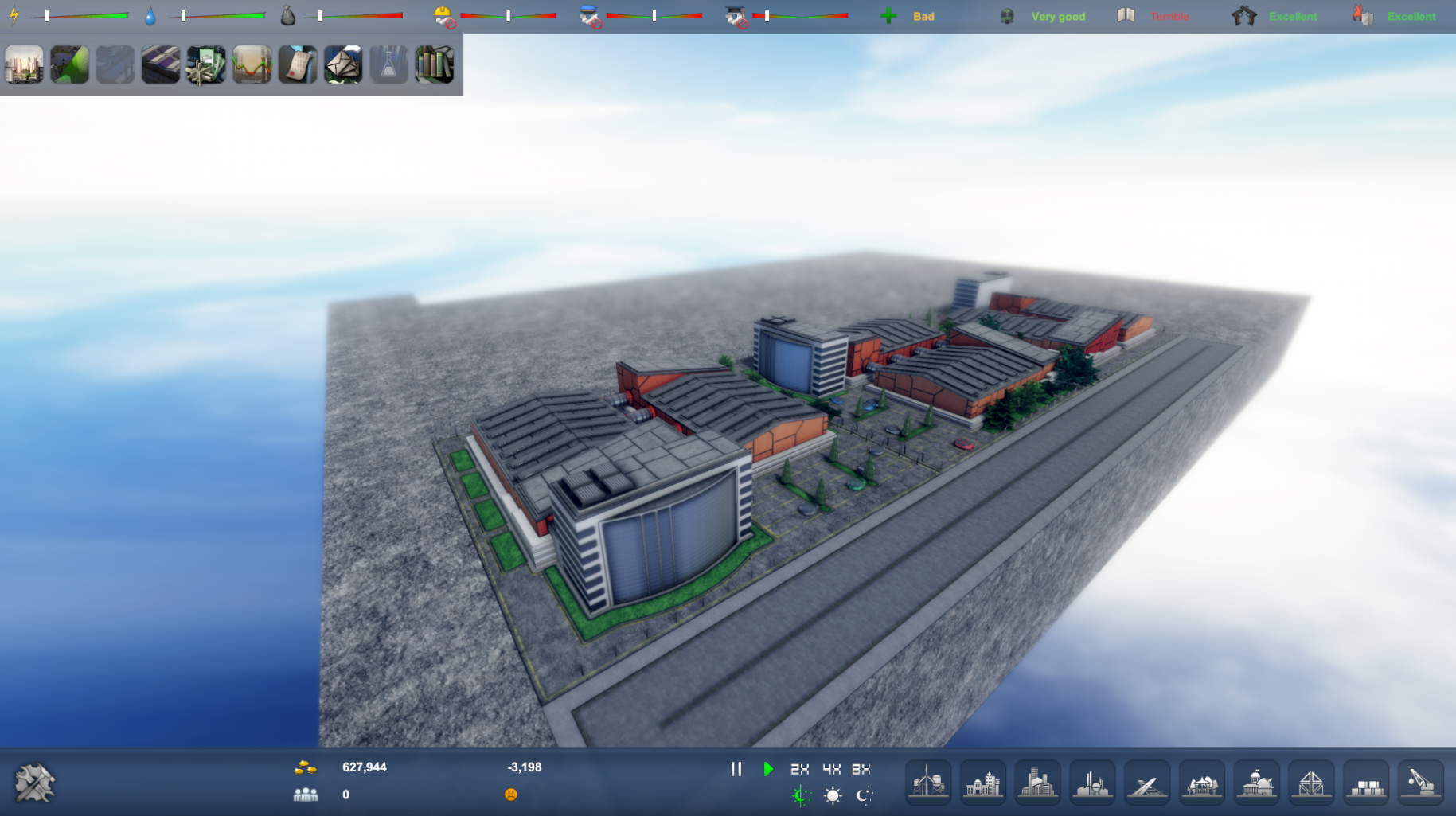 Finishing off the production buildings set is the advanced circuitry plant, which produces components for use in the complex machinery production plant. 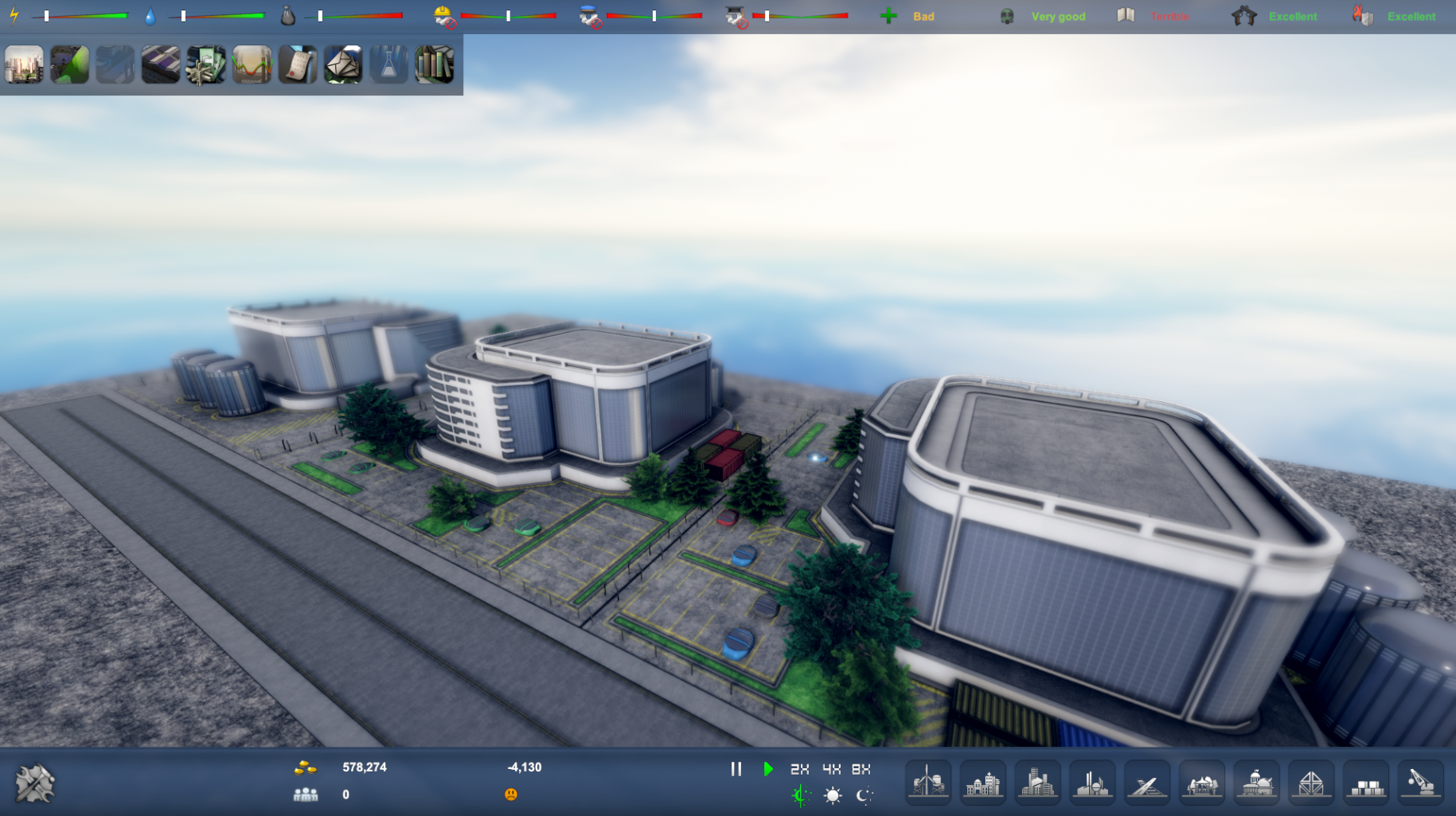 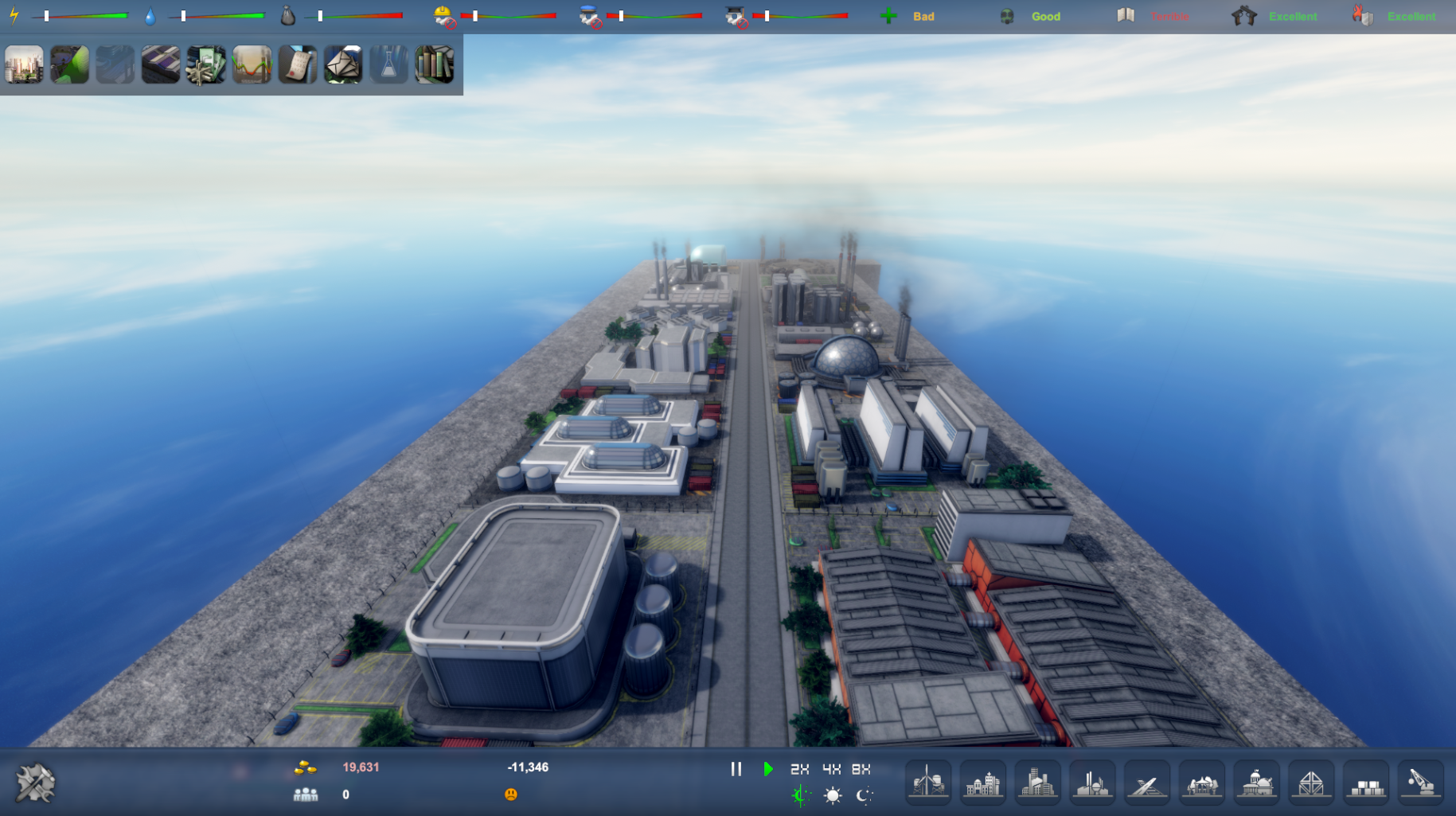 There's been a lot of work put into value calculations, specifically into the discrete policy options added into the game recently. All of the policies now affect values in the game, from electricity consumption to health and education values.
This will receive further tweaks in the upcoming version, as the policies need to be balanced in cost and effect.

Music has also been added into the game finally. The music has been composed by Joshua Szweda and in my opinion fits the mood and theme of the game perfectly!
Currently the music is just randomized, but there will be a mode where tracks are picked based on context. Like if there's an economic downturn etc. Currently, the system works, but the tracks are not linked to the events yet.

In the upcoming few weeks, aside from working on tweaks and balancing, I'll be working on the vactrain system and implementing achievements into the game.