Posted by CorrectureGames on Mar 4th, 2019

This week I've started adding in the waste management system. Depending on the policy implemented in the city, goods and foods consumption generates trash which will need to be handled. This can be done either by recycling centers, or by using incinerators that produce electricity, but also a bit of pollution. 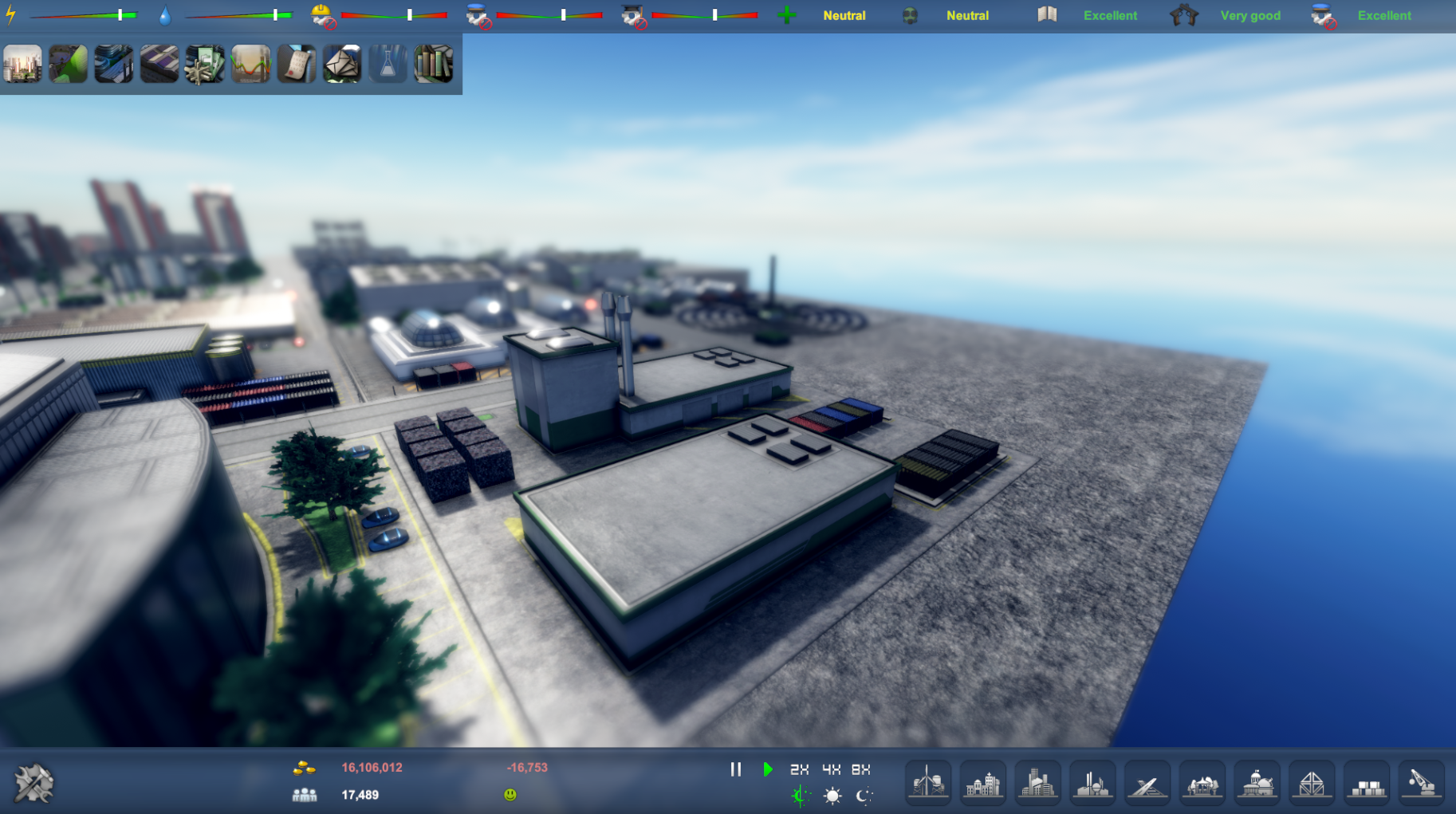 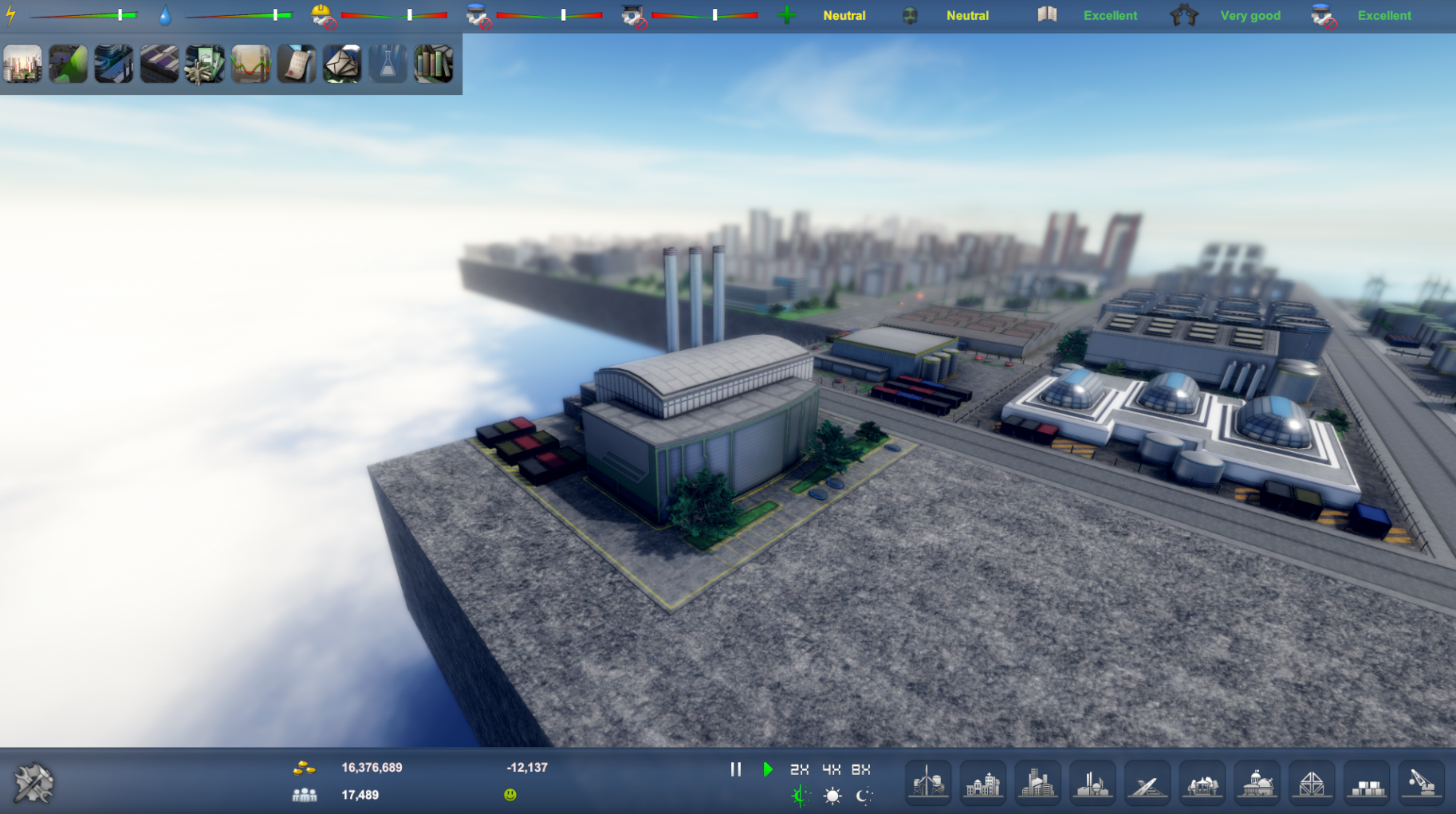 I've continued working on the conglomerate display and local economy panel. There will be quite a few additions to this moving forward, but mostly behind the scenes stuff like calculating construction speeds for zones and how conglomerates react to different types of taxes. There's already quite a lot done on this system, but since there has been and will be quite a few more additions to policy it needs to be updated a bit. 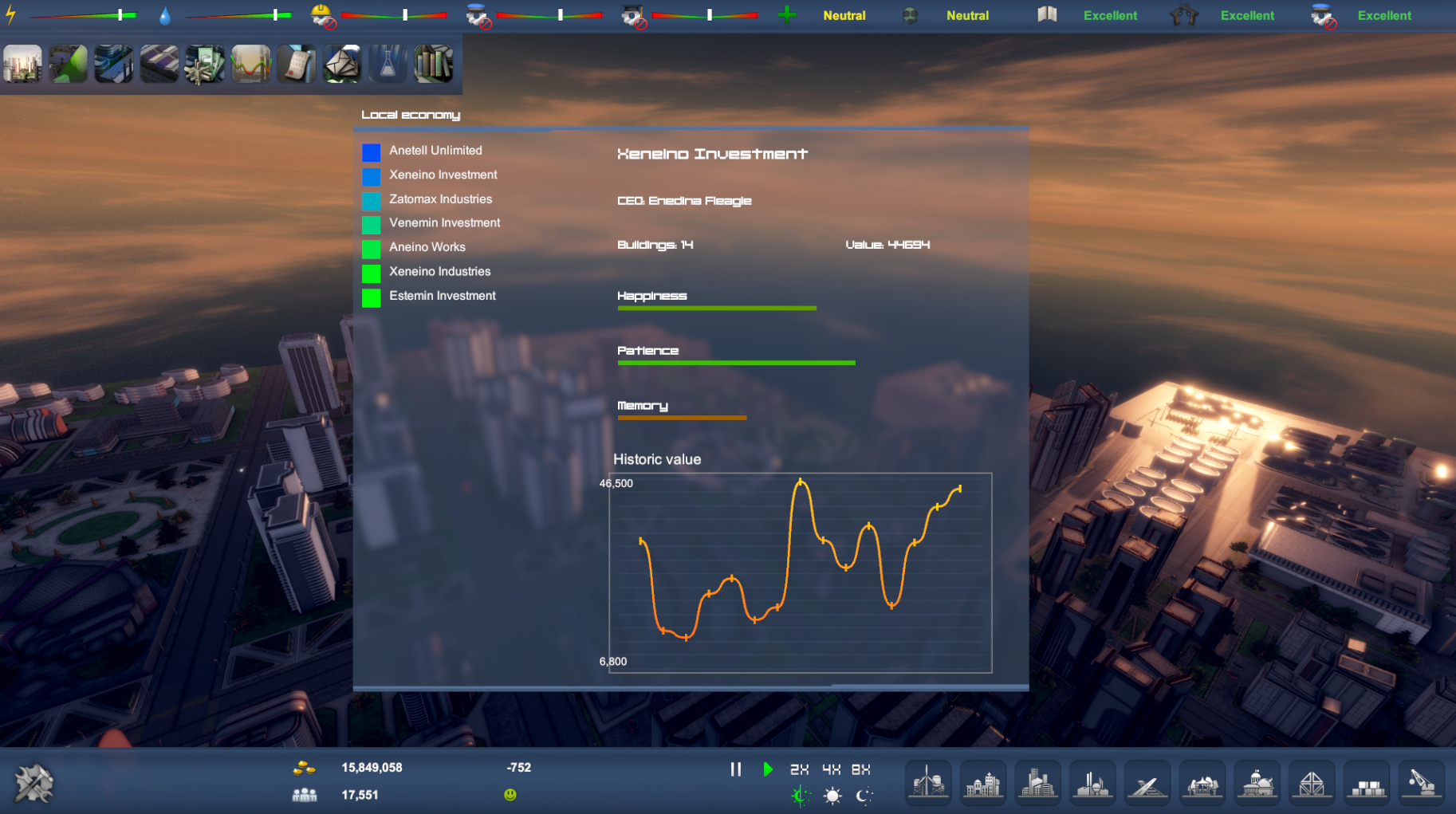 I've also started working on the city stats panel. Currently it's quite underdeveloped, but it should be finished up next week. This is basically just a breakdown of different city stats that the player might find interesting. 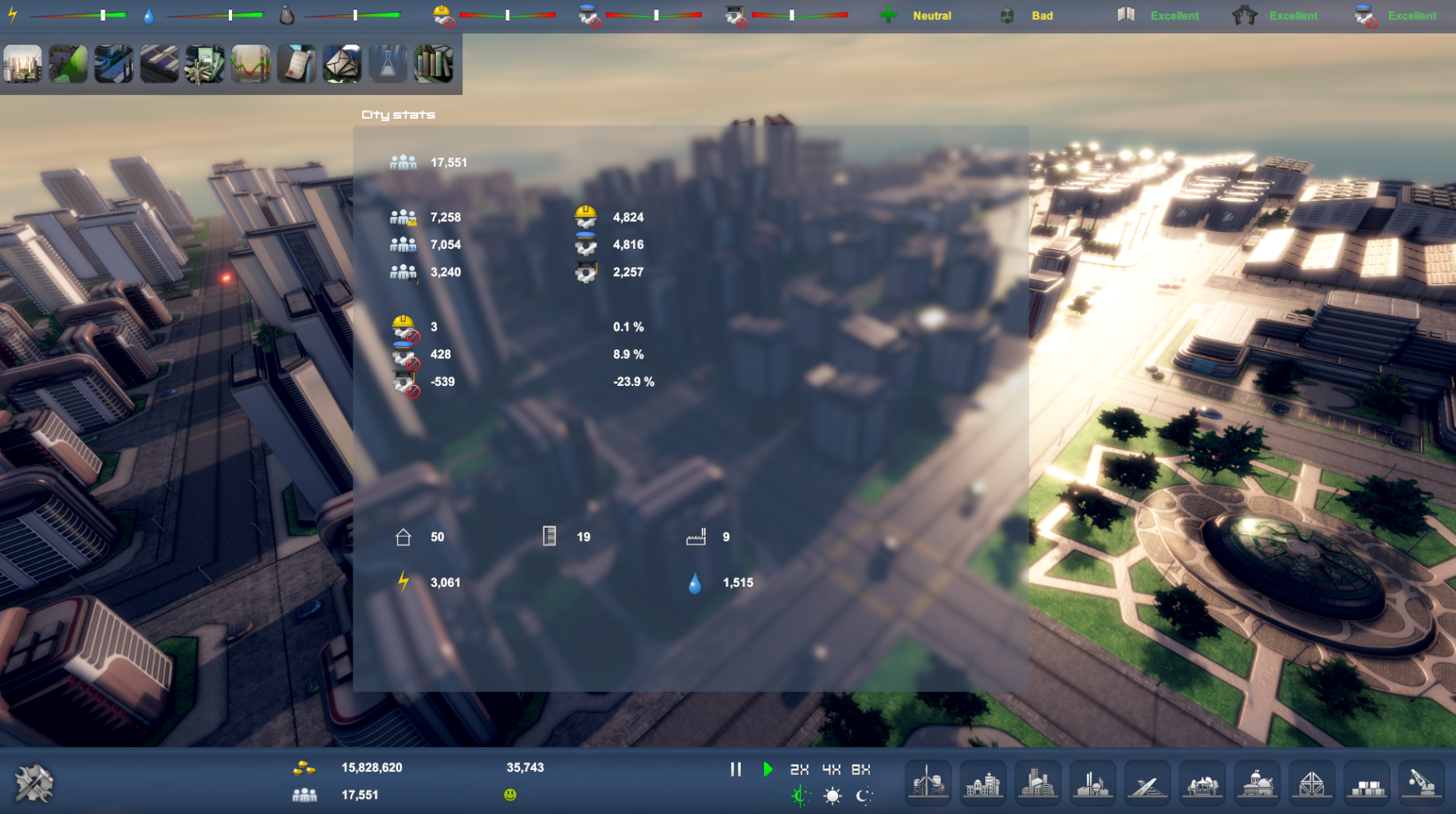 As a performance improvement I've also added cars being recycled when they move out of view and spawning new ones in view. This is basically a way to keep the number of vehicles down, while still making the roads look fairly busy. There will be many tweaks to this over time, but it's good to have it working fairly well. 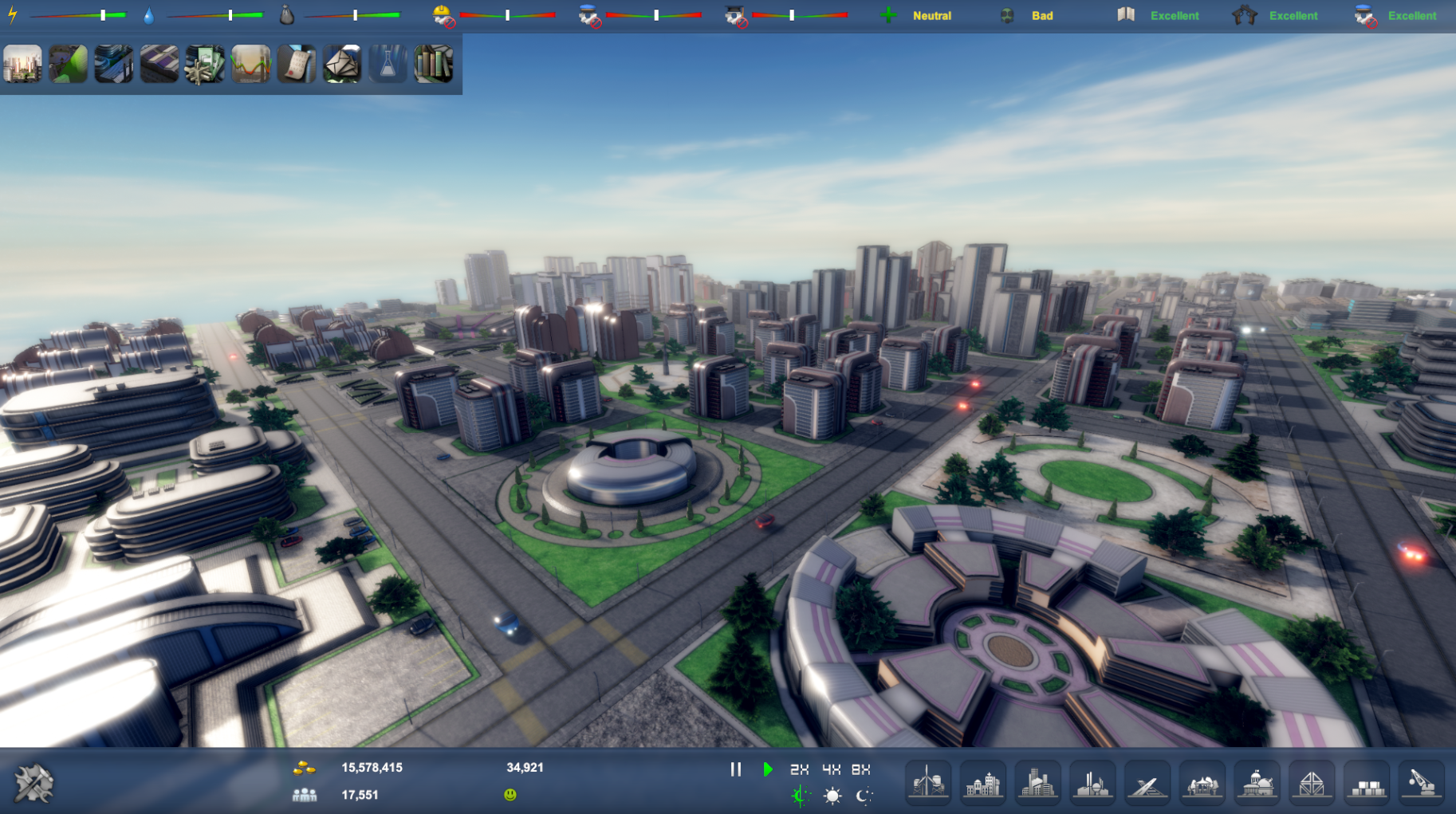