Skipped last week's update, because there was mostly system work done and not a whole lot to write about at that stage.
This week however, there's a bunch of new things going on!

Firstly, I've started working on the connectivity system, which will check connectivity between buildings and sections of the city and calculate production and consumption based on what is available in connected parts of the city. Currently, the system divides the city into small "cubes", and connectivity is then checked between cubes. Next week, I will start dividing these into groups, so that calculations for produces and consumed goods can be done on a group by group basis. For most players, I reckon the entire city will be interconnected, so there will only be one group, but should a player want to do so, cities will be able to be divided into separated sections. This system will also check travel distances for labour, so that all labour needs to be able to reach a workplace within a specific distance. This means that unemployment and labour shortages can arise, if there's a difficulty in reaching work places. This is to simulate having to have reasonable travel times to get to work. The vactrain system will extend the travelling distance and allow labour to travel further to get to work.

Here's an image of the system, when mapping the city: 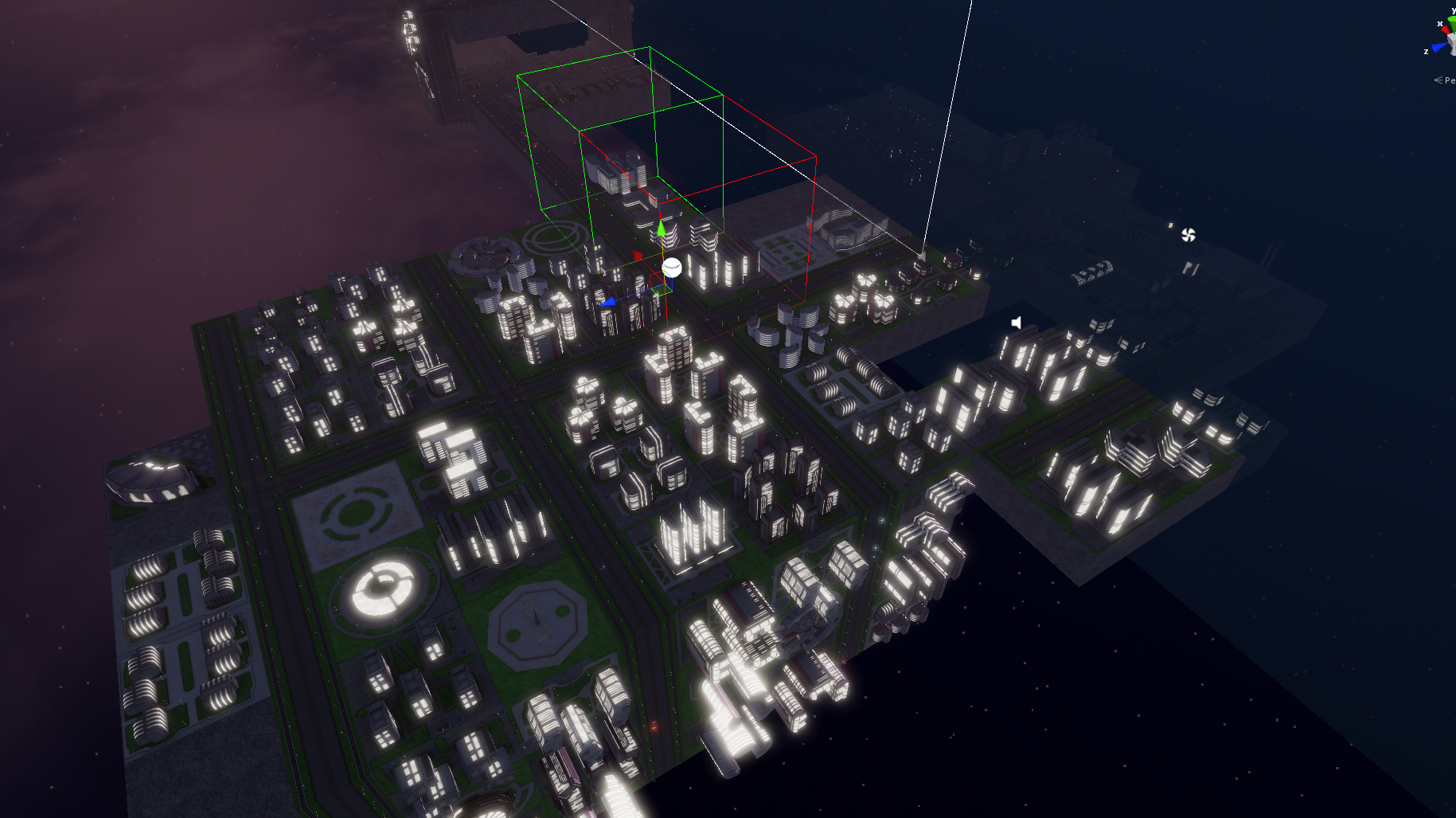 I've also overhauled parts of the policy system. This is mostly to allow faster implementation of new policy. These were hard coded before, but now there's proper code to handle a handful of different types, that can just be added to an array. This also makes saving them into the data file easier later on.

I've finished up the remaining commercial buildings as well! With that, I only have another 18 buildings left (out of 111) to make for the early access release. Next up will be the industrial zones, after which I only have another 11 left to make! I've already started expanding the list of buildings that will be implemented post EA-release though, including a sixth density for each residential and commercial zone and a set of smaller zones and parks. 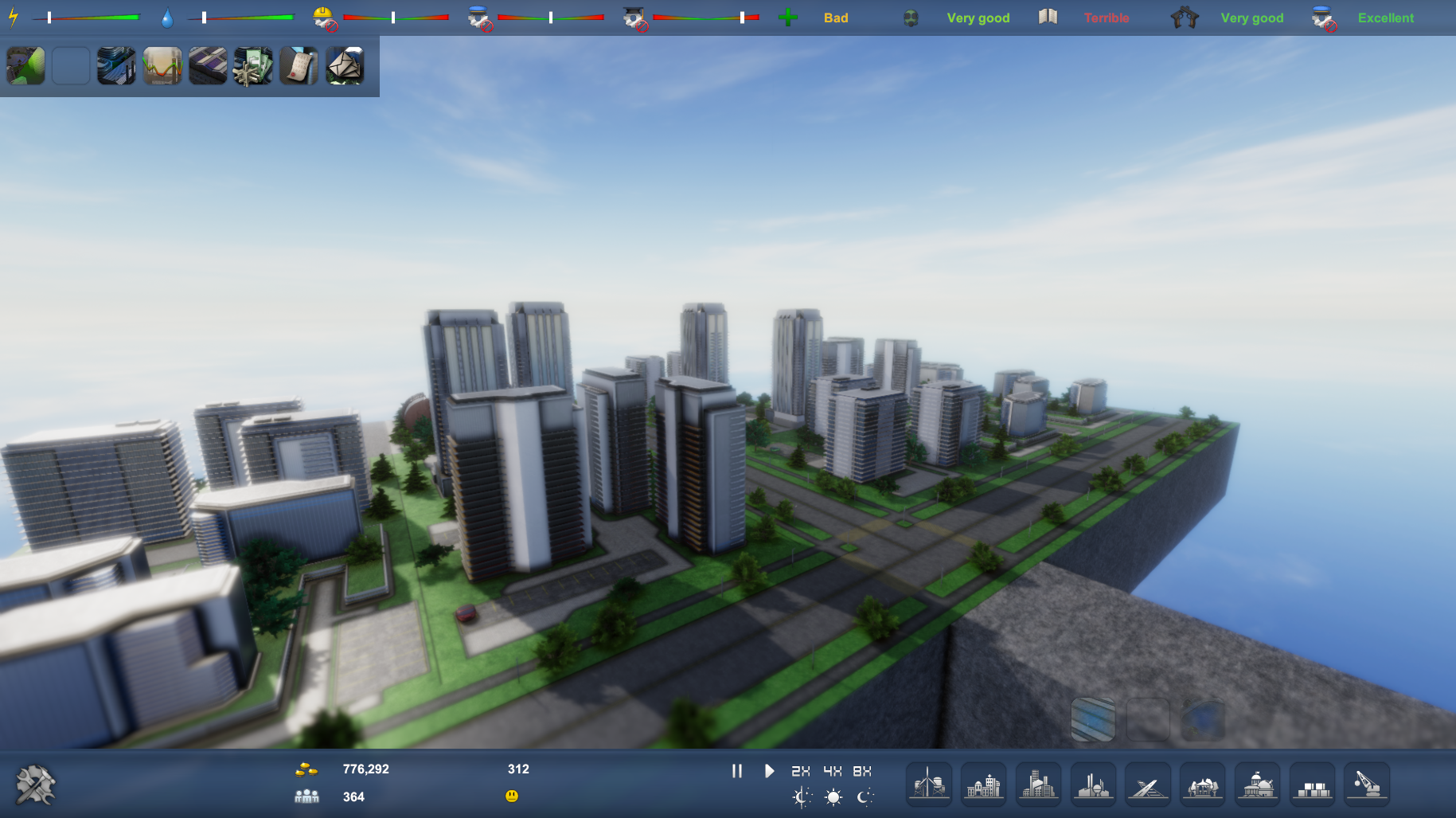 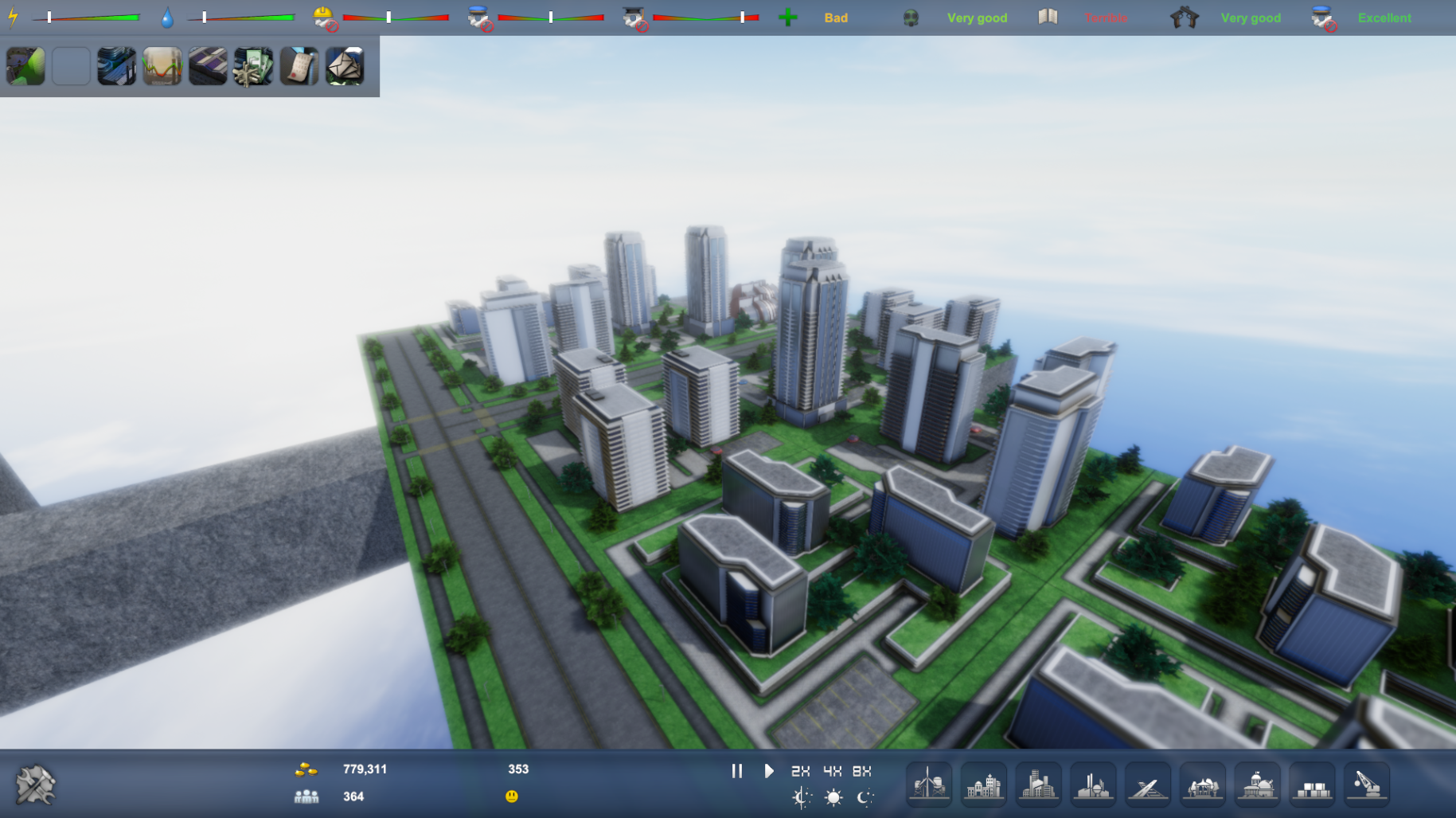 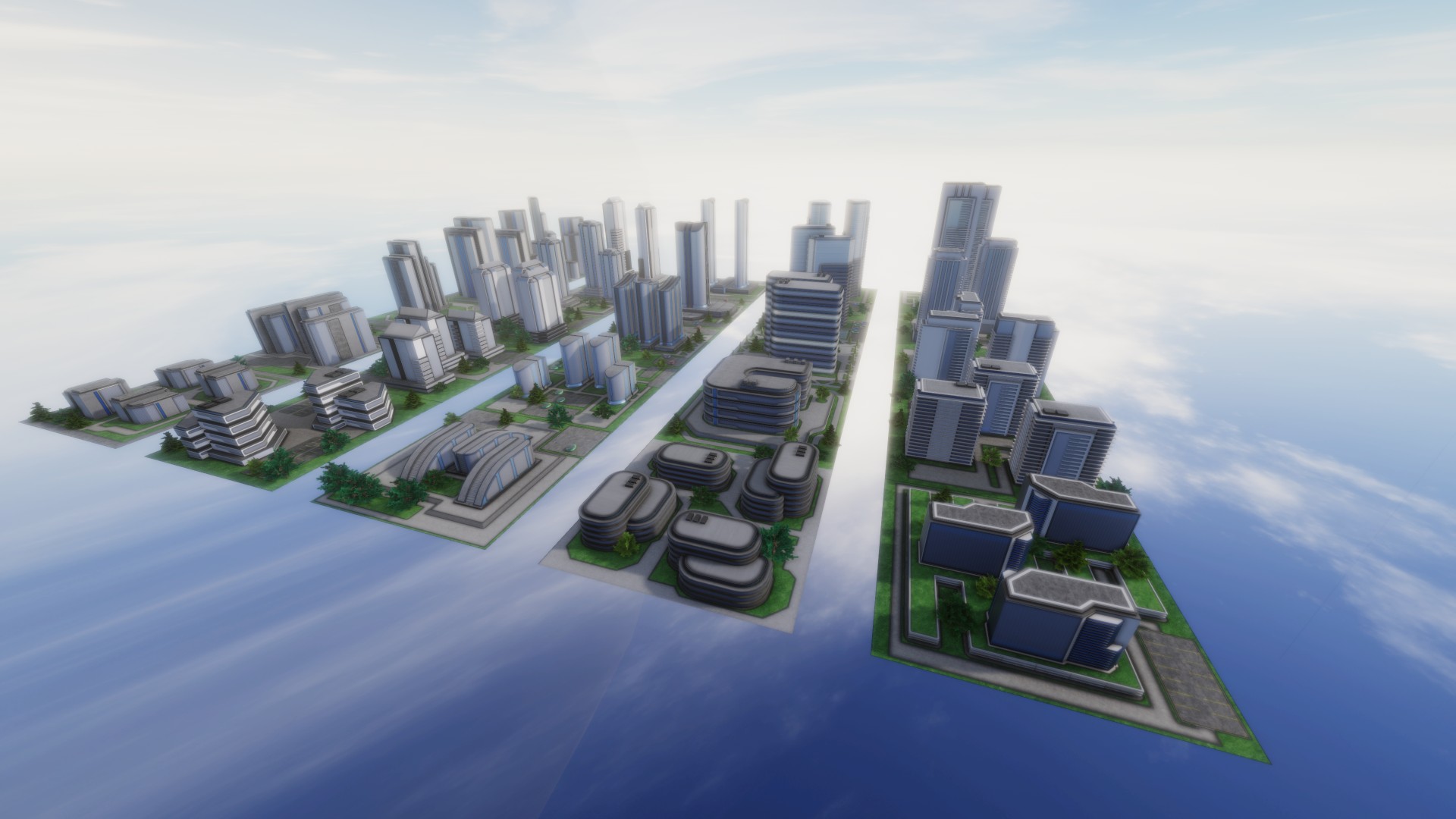 For the upcoming beta-release (scheduled for the 4th-6th of february), the budget panel will also have been implemented. Currently I'm working on the data struct that will collect all the data necessary during the calculations cycle. This includes fetching costs for sets of buildings such as healthcare buildings or education buildings. 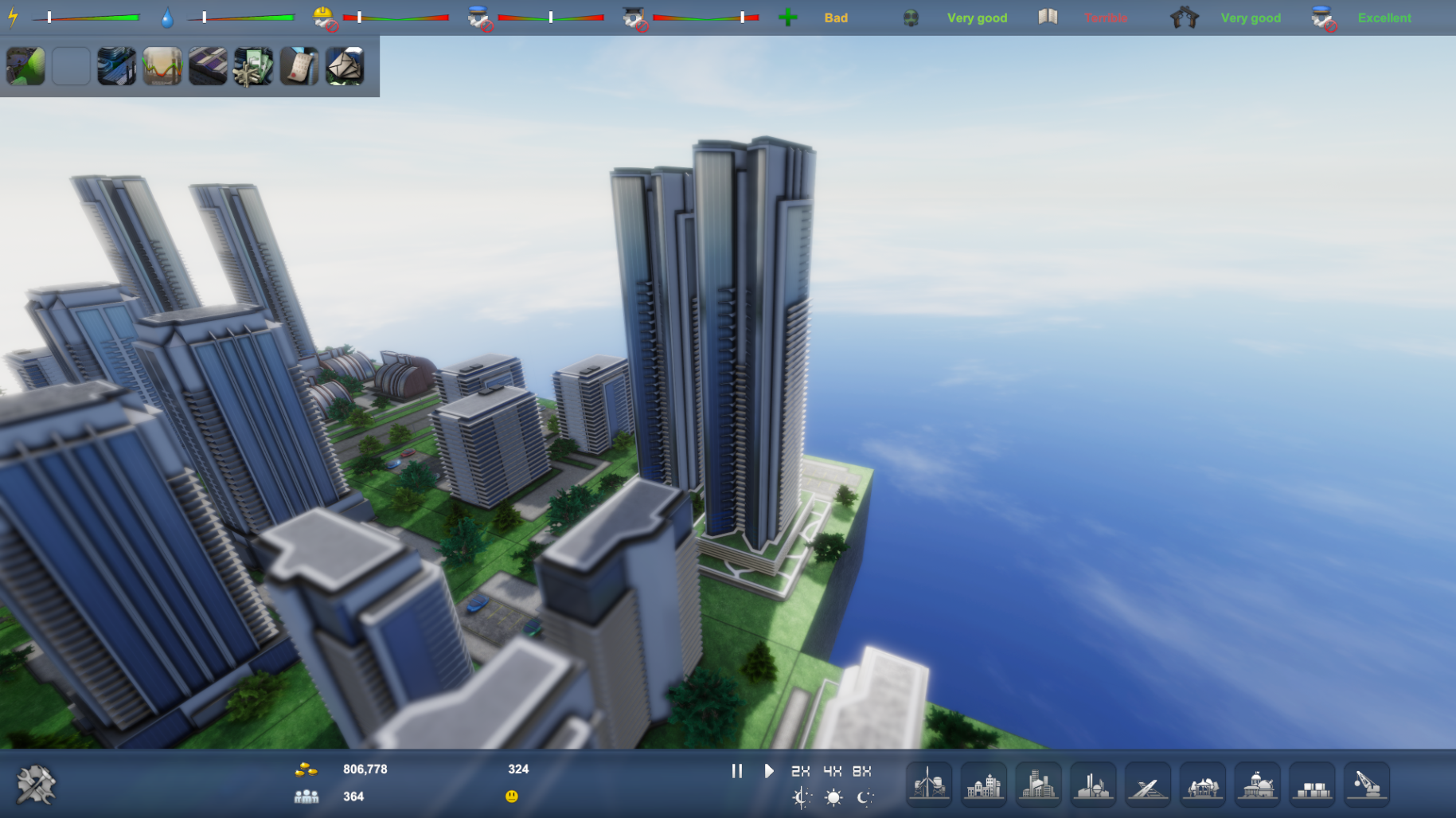 I've also started receiving some early version of Music from the composer. It's all sounding very promising and fitting! It's going to be very exciting to start getting some music implemented into the game. 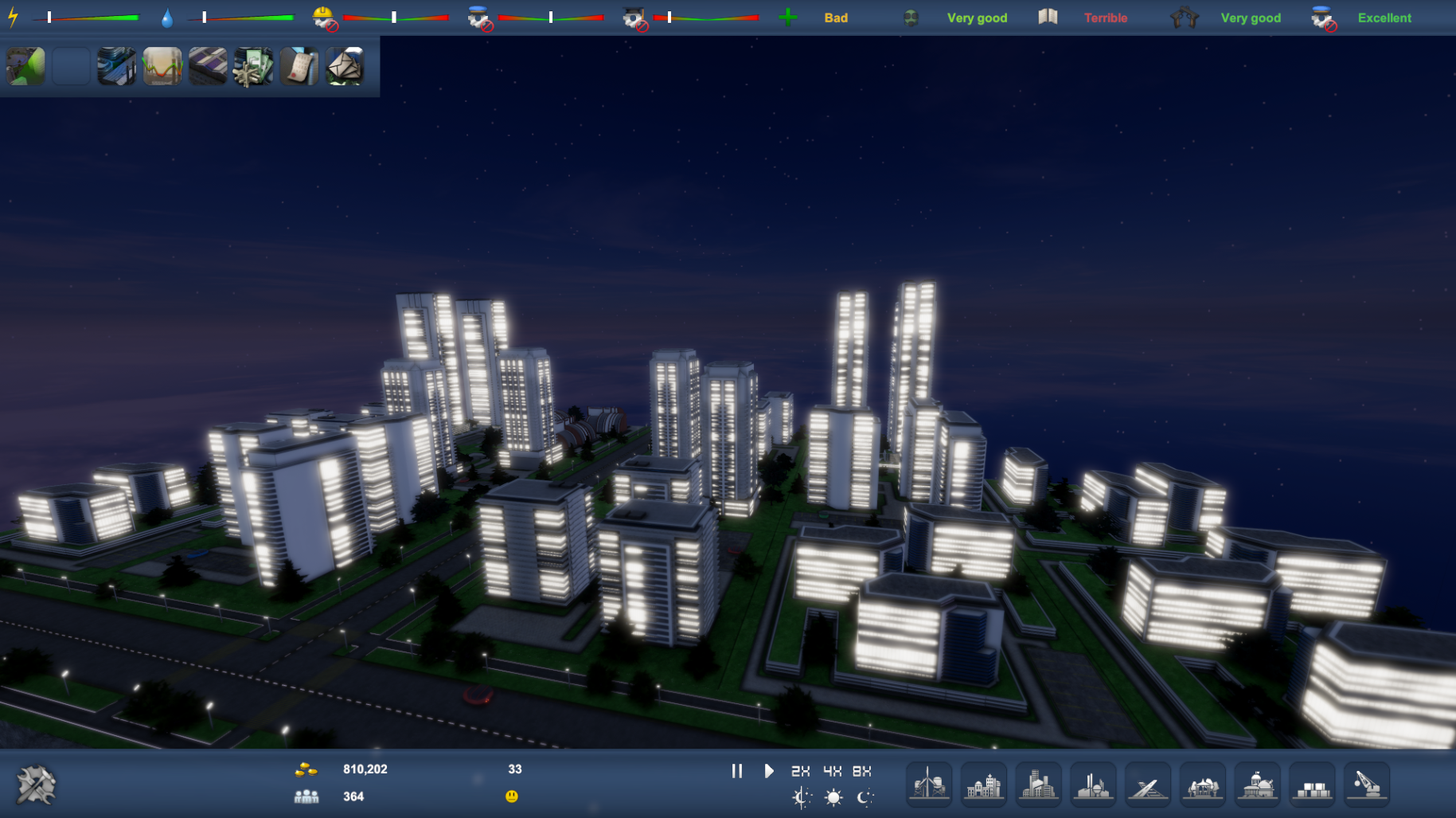