Post news RSS Empires in Ruins - Chapter I, "Something wicked this way comes."

Empires in Ruins campaign is strongly plot-driven. While not planning to spoil anyhow the progression, we thought it might be nice to offer a bit of summary of what happens in Chapter 1, the one already available from our Discord channel as closed beta.

While we do allow some degree of free roaming in the sandbox mode, and we do offer the arcade mode to skip through the 4X and management straight to the real time battles only, the campaign of Empires in Ruins is strongly plot-driven. 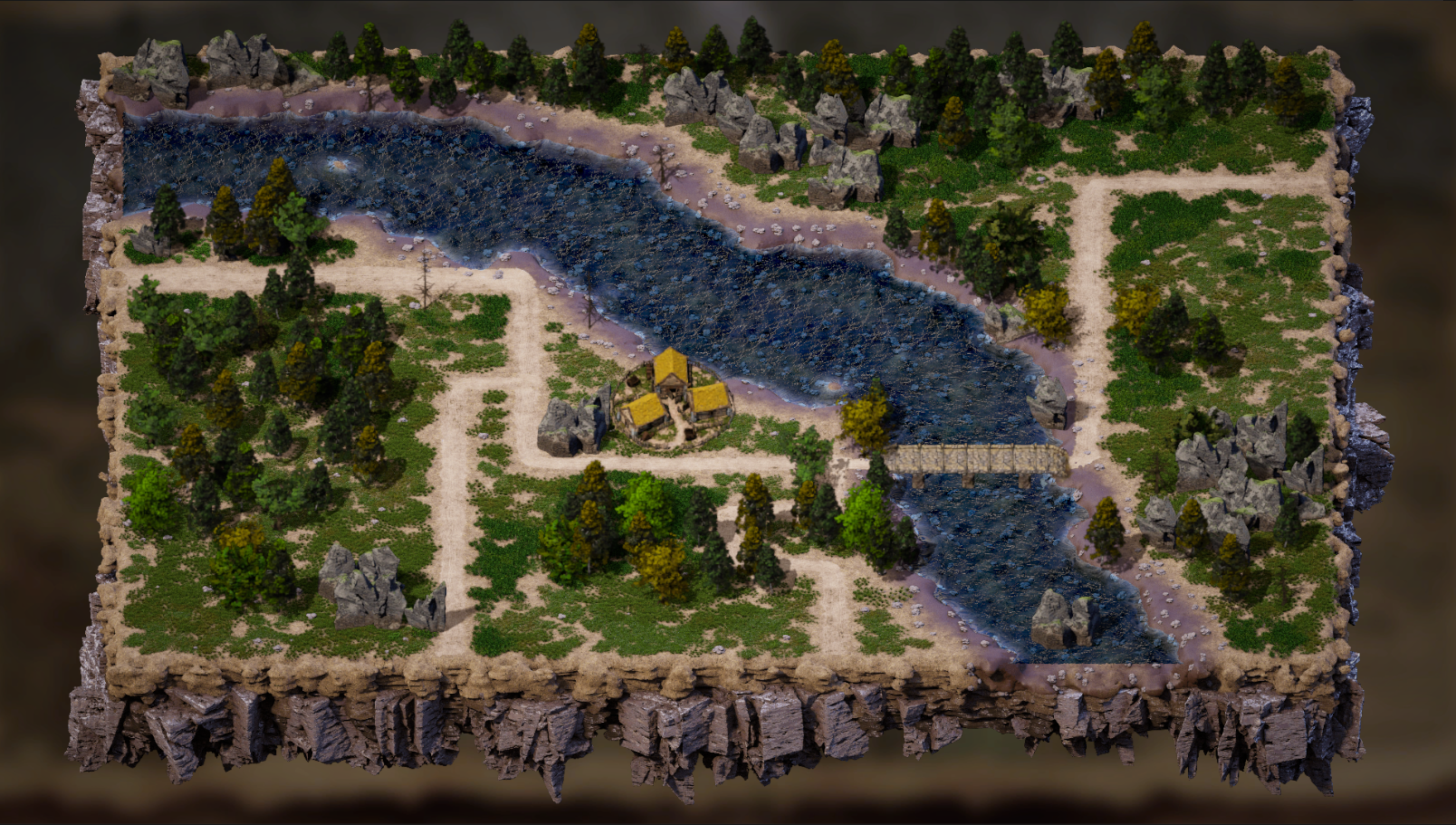 Six chapters will lead you through the grim events of the Wester Marches campaign of year 475 f.C. as seen through the drunken eyes of First Sergeant Hans Heimer. 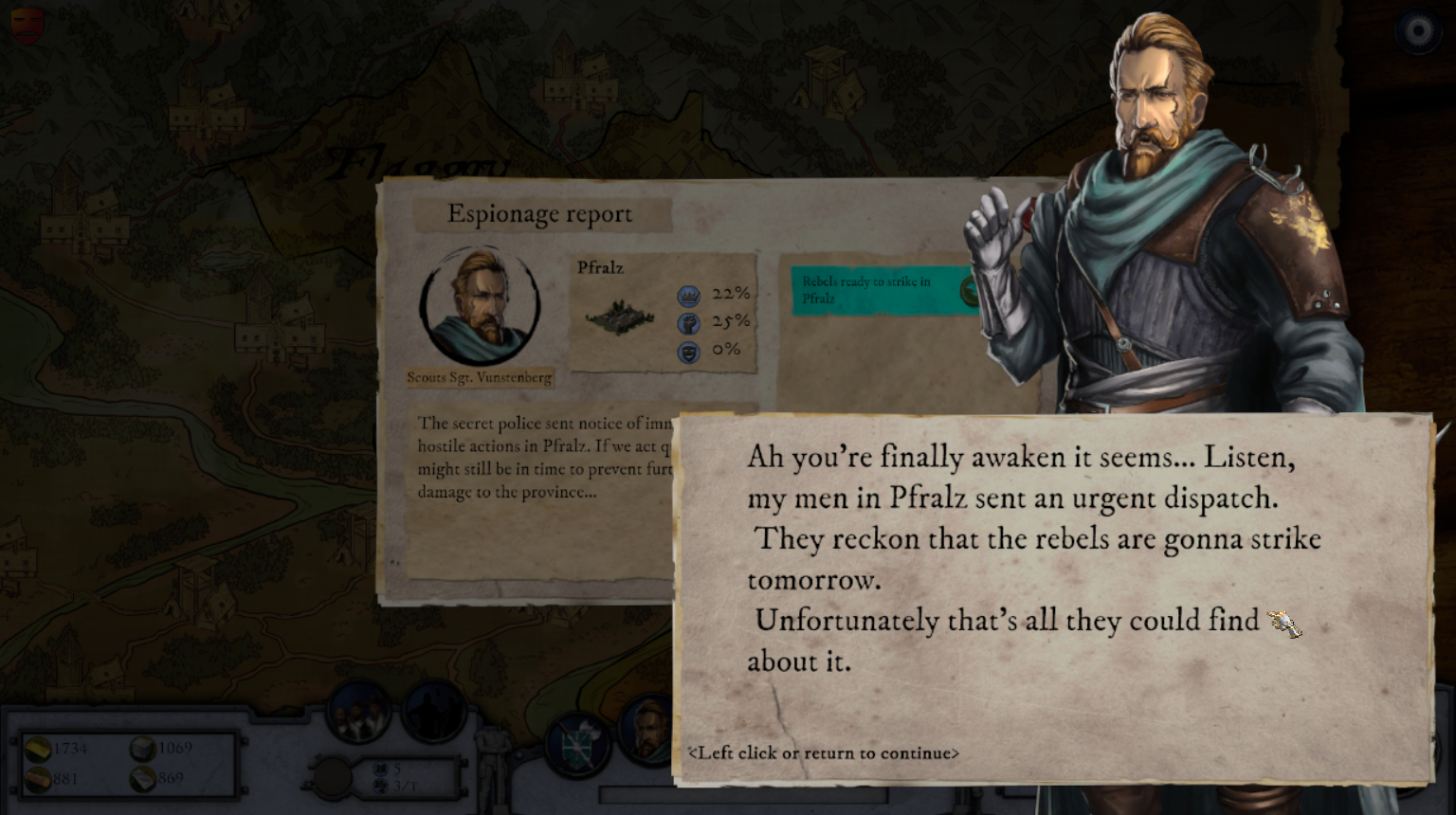 While not planning to spoil anyhow the progression, we thought it might be nice to offer a bit of summary of what happens in chapter 1, the one already available from our Discord channel as closed beta. 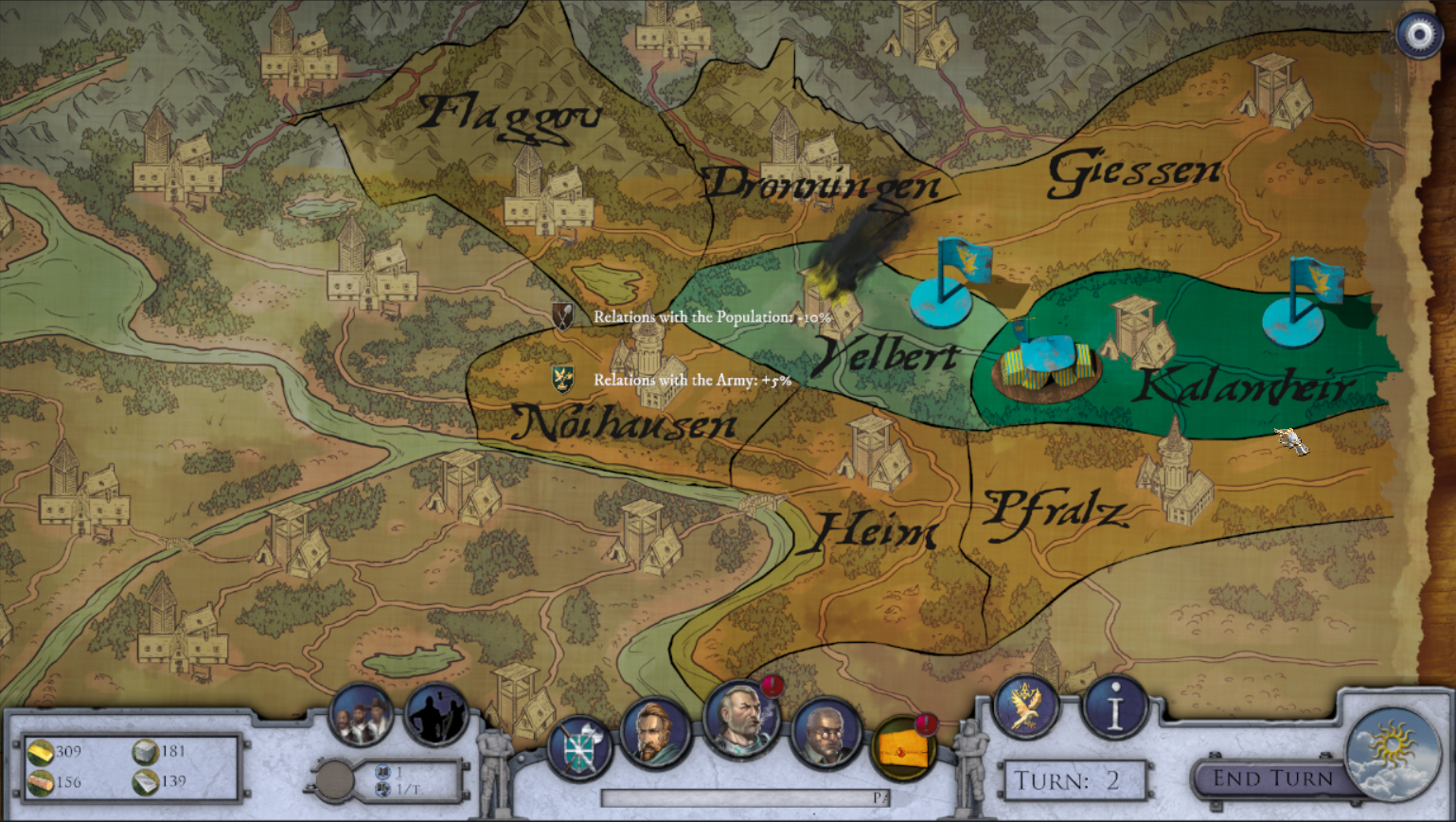 Chapter one is an introductory chapter, involving the tutorial and introducing Heimer's team for the first time: Corporal Frederik Turg, attendant to the moody Sergeant, Scouts Sergeant Mathias Vunstemberg, the witty wiseass in charge of the secret police, and Chief Engineer Gottfried Megler, responsible for research and development. 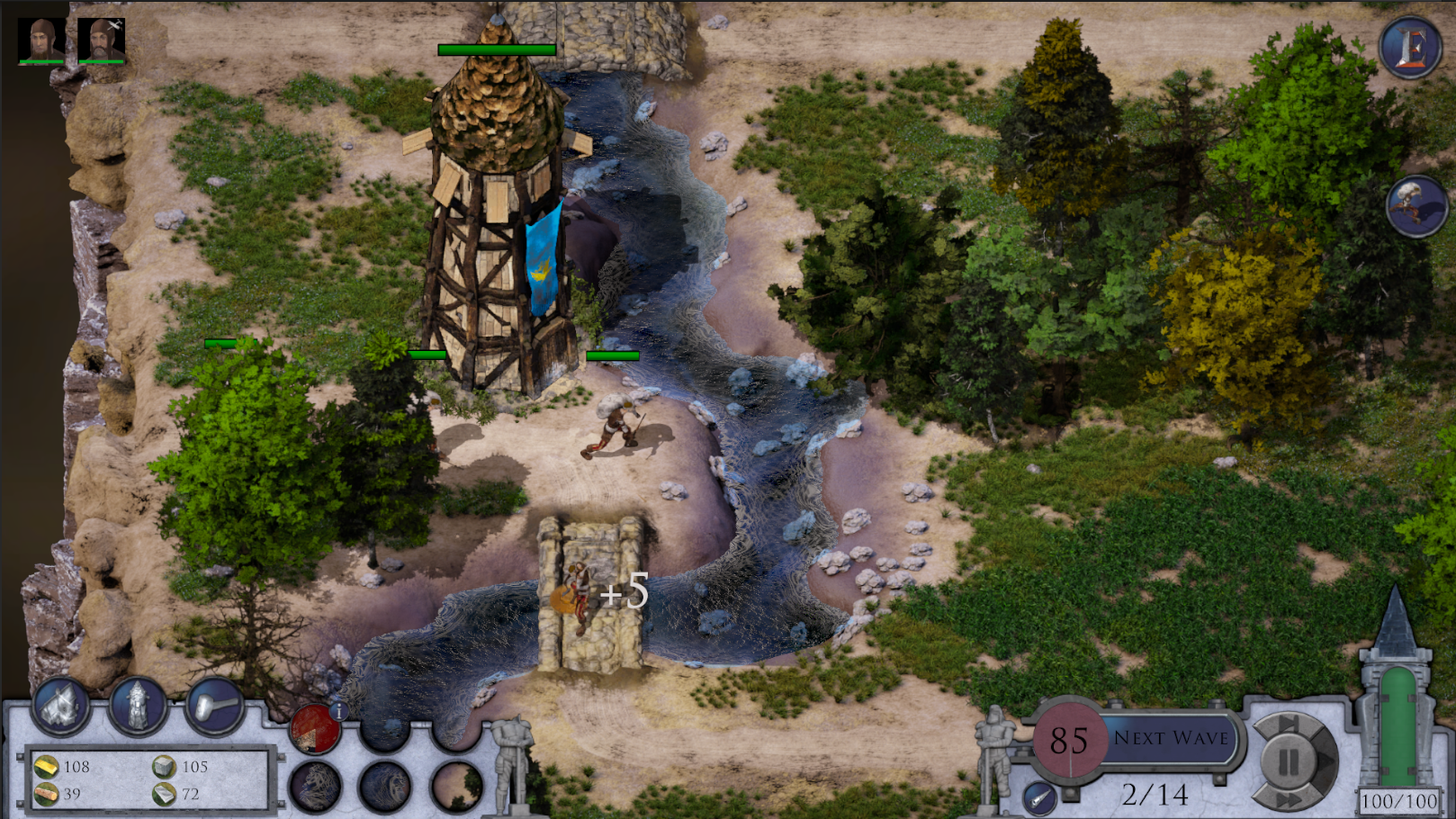 The chapter is tied to the first six westernmost provinces of the Western Marches, the ones were the rebels have the weakest grip yet: Kalamheir, Pfralz, Giessen, Heim, Velbert and Konnenberg. These provinces have moderately grassy battlefields, with a variety of rivers and plenty of forests. The enemies forces are still relatively weak, relying more on short tricky paths to reach the player defenses than on massive numbers and strong units. 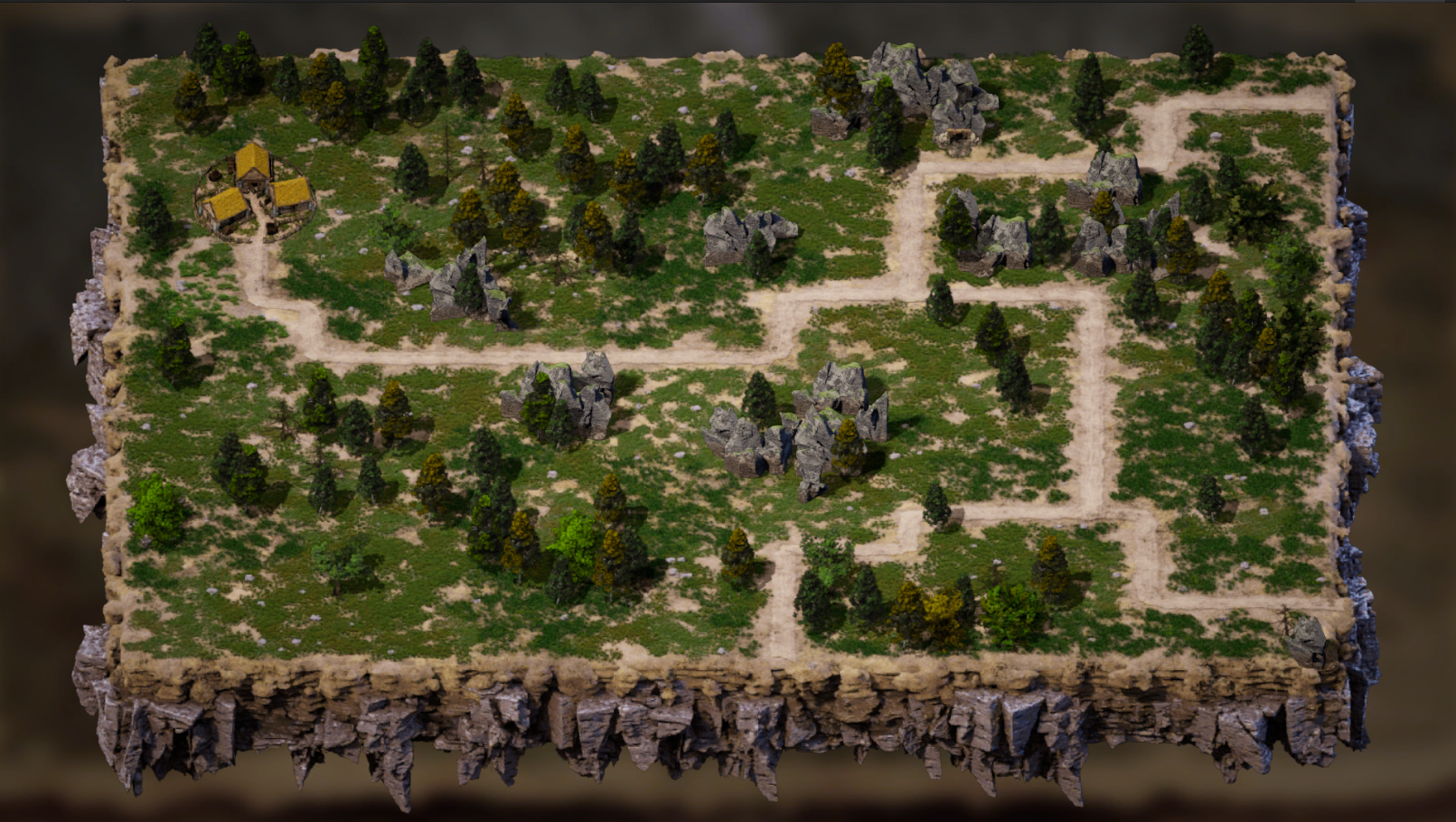 In this Chapter we also get introduced to one of the major players in the campaign, the haughty Baron Franz Joseph Von Edelstein, representiative of the noble families of Koth.
What will happen next...? Well, we guess it's time for you to find it out by following us, right?