In the last development sprint before open beta we focused on fixing bugs and improving existing functionalities, but we still managed to add some new features.

Welcome to a new dev-log! With the Guntastic open beta weekend (make sure to register if you haven’t already!) just around the corner, our attention – as you can imagine! – has been mostly focused on fixing bugs and improving existing features.

This is something we had lying around as a prototype for some time, but over the past week we worked on bringing it up-to-date with the rest of the UI, so that we could include it in the beta and gather your feedback.

You'll be able to select a map to play. How futuristic is that?

Player ping is now shown across the UI, including the lobby, map voting and game HUD screens. 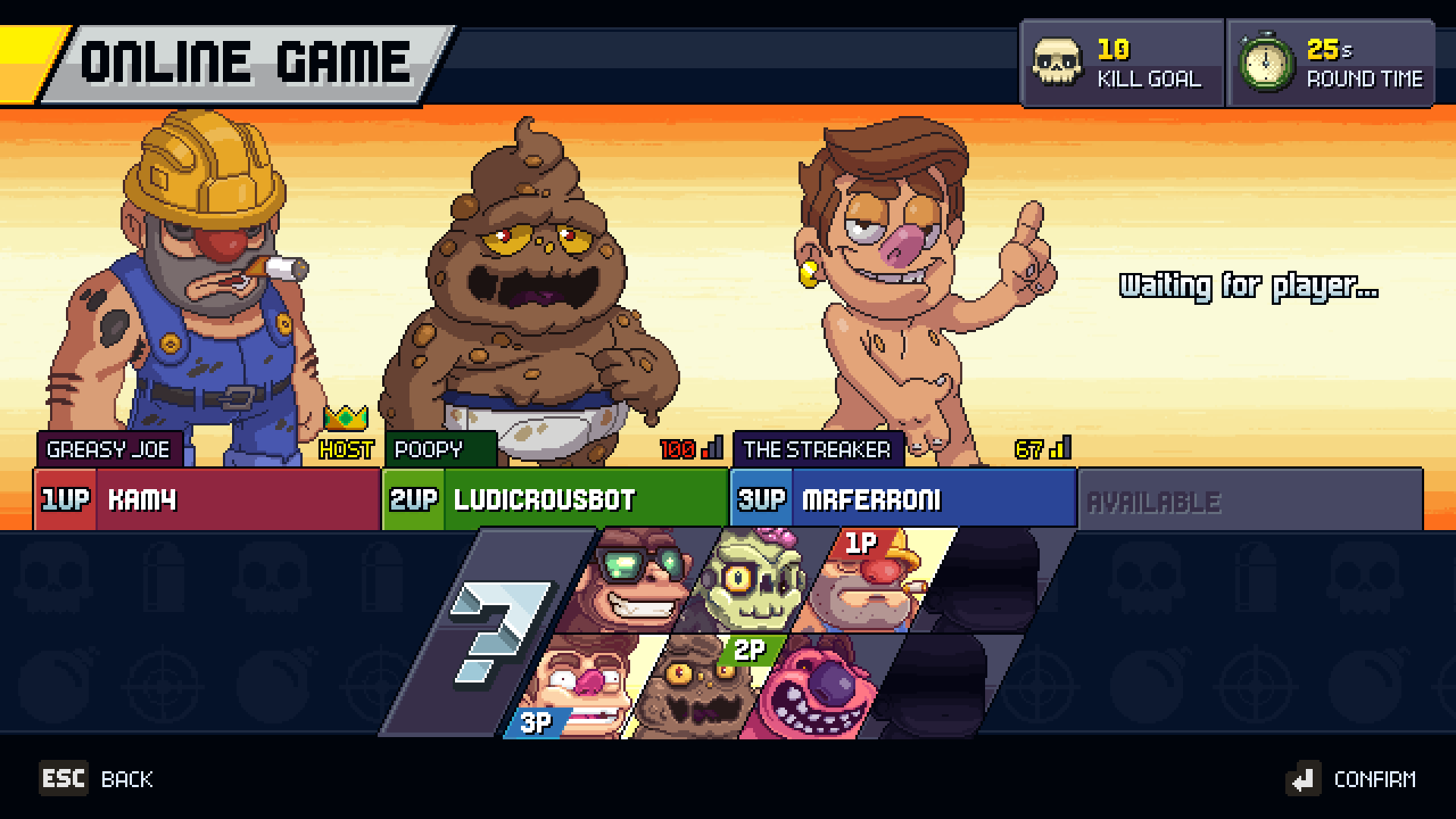 It's now possible to blame the ping!

Coming in the beta is also basic integration with Discord. You can now see whether someone is playing Guntastic just by looking at his status. 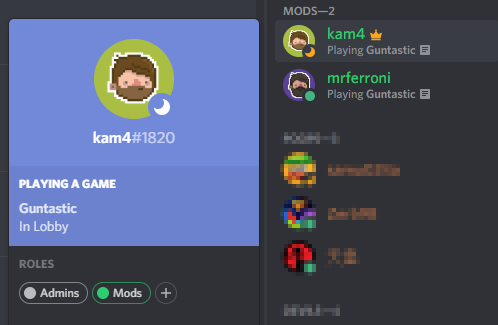 Unfortunately I didn’t have enough time in my hands to also add support for showing details about ongoing matches and provide invite/joining functionality, but I have plans to work on those feature for the final release.

Simone has been busy doing a final mastering pass on music and sound effects. Sound mixing, attenuation and concurrency have been improved in order to better support gameplay. With the new system, some sounds (such as footsteps) now have lower priorities than other ones (i.e. player deaths) and will be faded – or cut altogether – if there are too many sounds playing at once.

Other Notable Bug Fixes And Improvements

That’s it for the pre-beta development sprint! We’re extremely excited for you to get your hands on Guntastic. Don’t forget to register for the beta, share your feedback and join us on Discord. :)