In which the book-generation scripts are expanded; the books of level five are re-generated; some personality is added to the resultant book-collection; a note-keeping system is added to level five; and a saving-while-dead bug is (hopefully) fixed.

This week's screenshot once again shows bookshelves, their contents now reworked and touched-up to have a bit more personality: 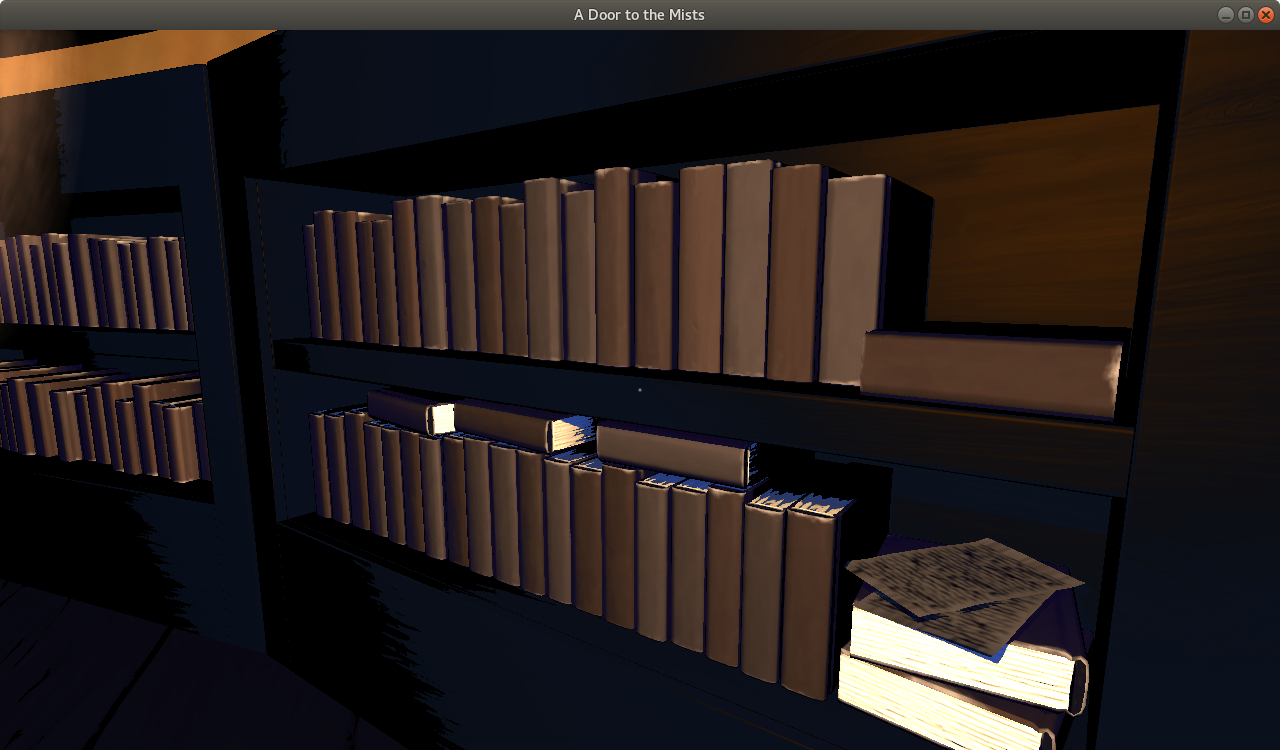 The week just past saw continued work on the books, and later the interactions, of level five:

To start with, the books.

I wasn't quite happy with the results of my previous round of book-generation: it was a little too uniform, and its use perhaps a little too fiddly, I think.

So, in the week just past I expanded the script: Previously, it made similar books within a set of variables, relying on me to change the variables as desired for each shelf. Expanded, it instead took control the variables itself, altering them for each shelf in a controlled manner. The result then was shelves of books that were more varied, and more consistent in the manner of their variation, I feel.

With the lower storey of books thus re-generated, I moved on to the upper walkway. This area has books of a more consistent style, being generally somewhat thin and pale. To this end, I used a copy of the script described above (so that I would still have the original if desired), modified to produce the sort of results that I wanted.

But even as generated by the new scripts, the shelves still lacked a bit in "personality"; in a sense of being part of a once-living library. So, once I had the first pass provided by the automatic generation, I went over the shelves and added various touches: books that were leaning; gaps in the shelves; books placed haphazard atop others; occasional pieces of paper; and even a few books or papers lying on the floor.

This, I think, looks much better! 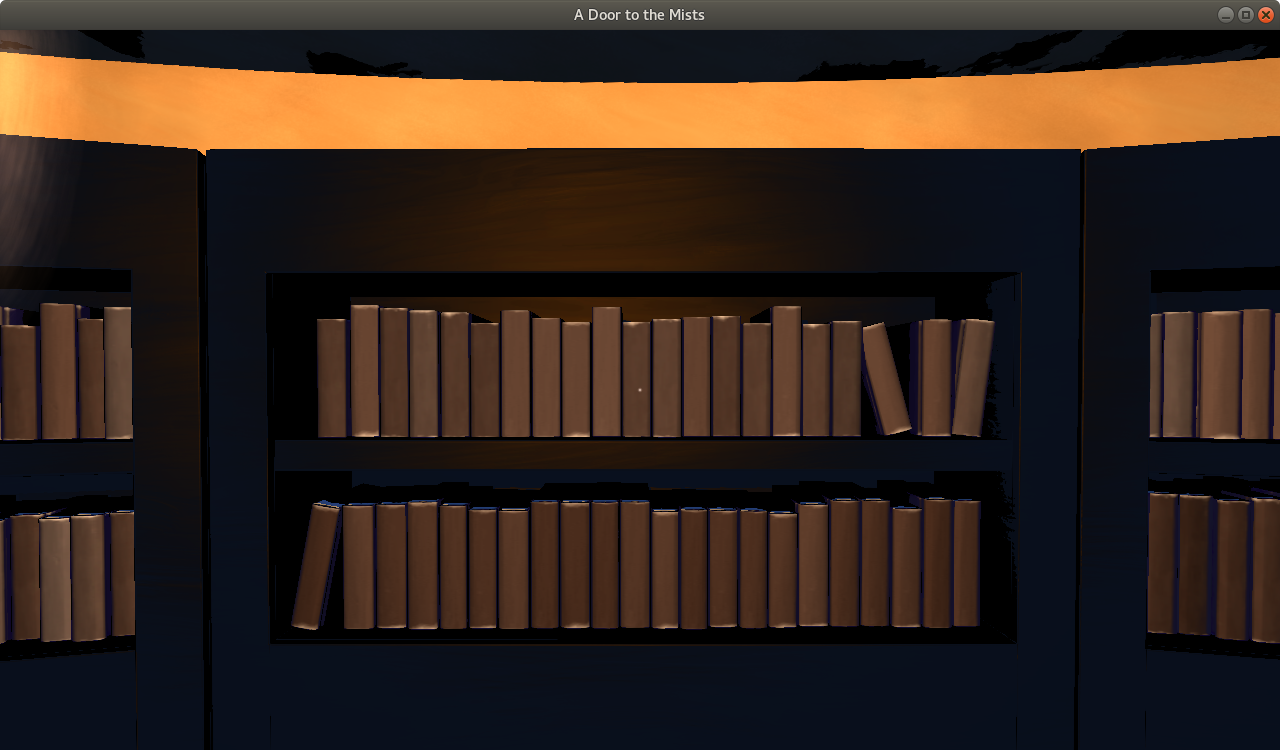 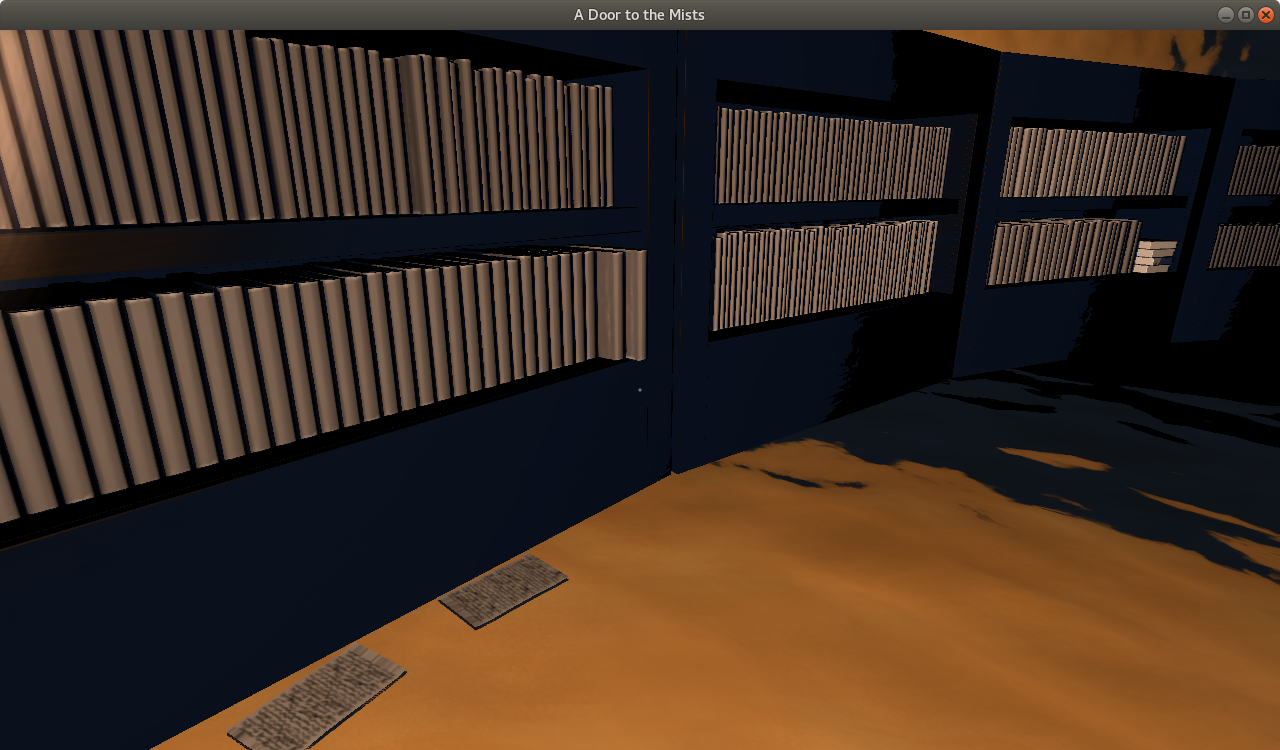 And with the shelves pretty much done, I turned to the interactions of the level.

This level is, essentially, a period of research: the player explores the archive, looking for a clue to the location of that city which they hope will contain a door to the mist-world.

To that end, I've begun working out what clues might be found on the shelves. This process is pretty much in its initial stages: I know the canonical series of actions that leads our protagonist forward, but may well want to expand upon that to add more challenge, and to include red herrings and perhaps some lore to be found.

And since this is a matter of research, the player may want to keep some notes. Now, A Door to the Mists doesn't have a dedicated note-keeping feature. Thus I've added a simple--if perhaps slightly clumsy--implementation specific to this level.

It takes the form of a piece of paper and length of charcoal that might be found near the start of the level. Collected into the inventory, this can be selected and "used" in the world to be read. And as the player discovers points of interest it should--once that logic is implemented--be updated with reminders of those points. 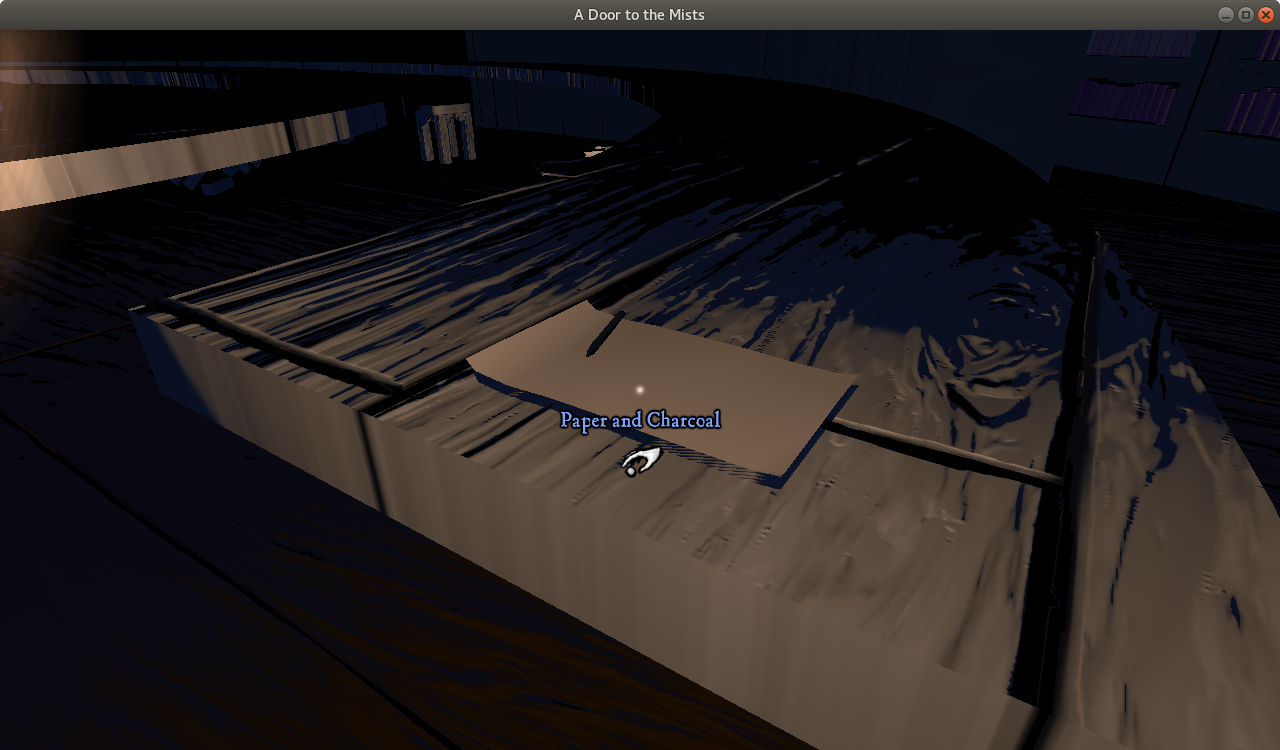 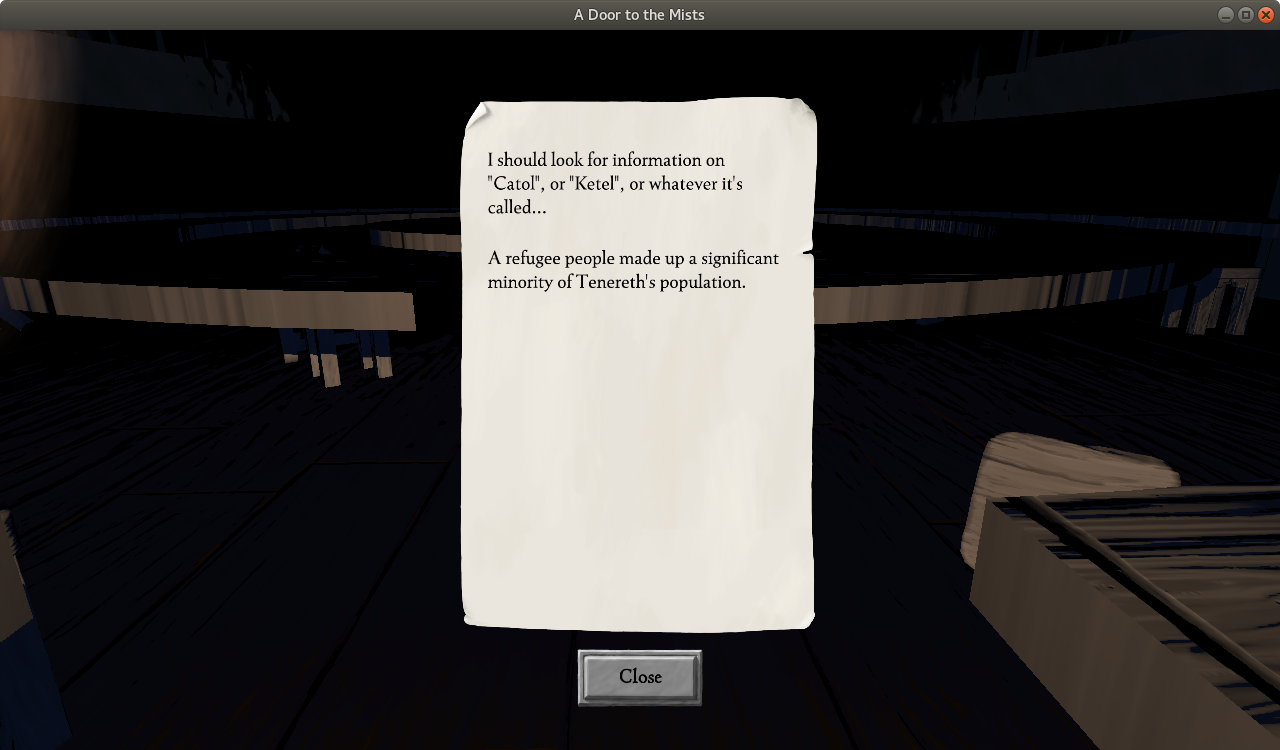 Having to use the page in the world in order to read the clues is, as noted, a little clumsy. However, it fits with the usual interaction paradigm of the game, and doesn't require that I add a feature specifically for this one level, so I'm hoping that players will be understanding towards it!

And finally, at the prompting of some feedback on the demo, I added a little extra logic to prevent the player from quick-saving when dead. There was already some in place (added, I think, subsequent to the release of the demo), but this new logic should patch over a small gap that may have been missed.