Indie gamers have had their say and the top 5 unreleased projects of 2010 have been decided! This list has worked tirelessly bringing Alpha's, media and video presentations to you all in the hope that it will build a community. The best way you guys could have helped the developers was to spread the word and you have done just that. So lets acknowledge 2010's most anticipated, because love it or hate it every mod listed here deserves their place, and all promise to provide gamers with something memorable.

To qualify for the top 5, the game must place higher than it has in previous years and must have had a significant update in 2010. Otherwise an honorable mention is given, which these teams have received:

With having some success in previous Indie awards on the site Infinity: The Quest for Earth has just missed out on placing this year. What can we expect to see from Infinity in 2011?

Having placed quite well in previous years, 0 A.D. has jsut missed out on hitting the top 5 for players choice in 2010. Hopefully we get to see even more from these guys in 2011! 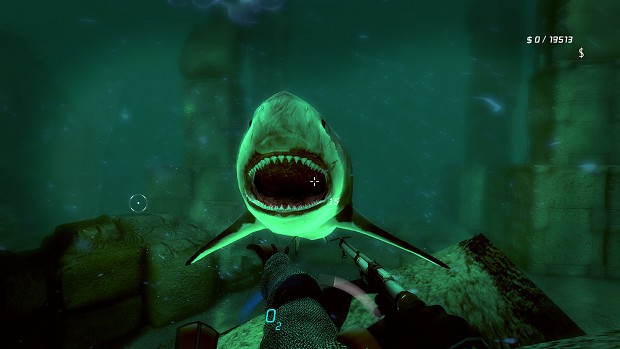 Depth
dubbed as an "Aquatic Stealth" game. Your goal is to descend into the ocean, and locate a valuable artifact or treasure, usually hidden inside a wreck. Depth aims to offer an accessible multiplayer experience, while allowing for some (pardon the pun) depth, and sneaky tactics.
4 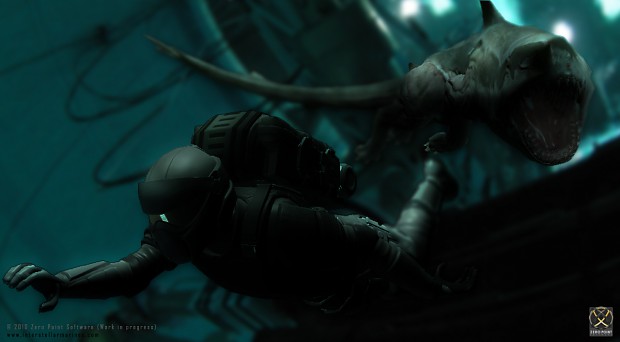 Interstellar Marines
is a high quality first person shooter in development, experienced in a realistic and unpredictable future where first contact with another sentient species is slowly becoming reality. The games balance the military realism and cooperative action from tactical shooters with the character development and narrative depth from role playing games.
3 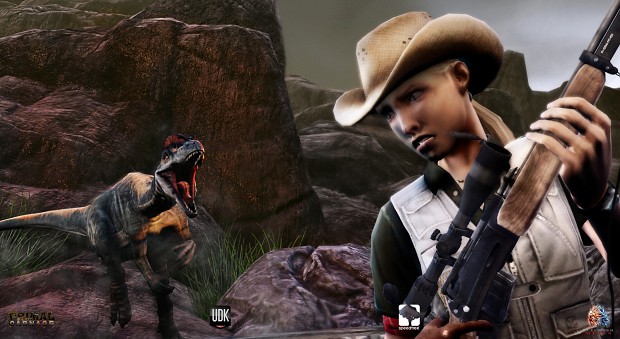 Primal Carnage
is a multiplayer first person shooter where players must work as a team to complete game mode dependent objectives. In Primal Carnage, you can play as one of two factions: dinosaurs or humans. Both are filled with special unique classes and abilities that complement and contrast each other.
2 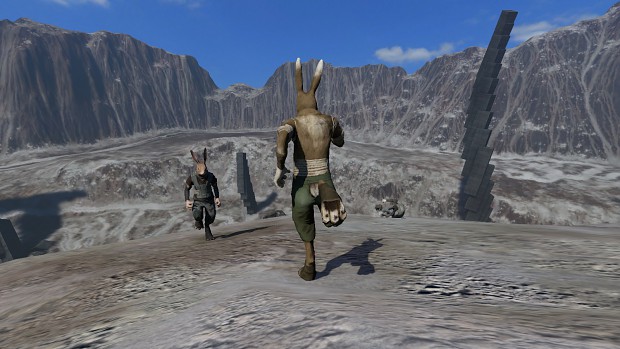 Overgrowth
takes place in the savage world of Lugaru where rabbits, wolves and other animals are forced to use paws, claws and medieval weaponry to engage each other in battle. Combining 3rd person adventure platforming with intricate melee combat, Overgrowth achieves a unique feel.
1 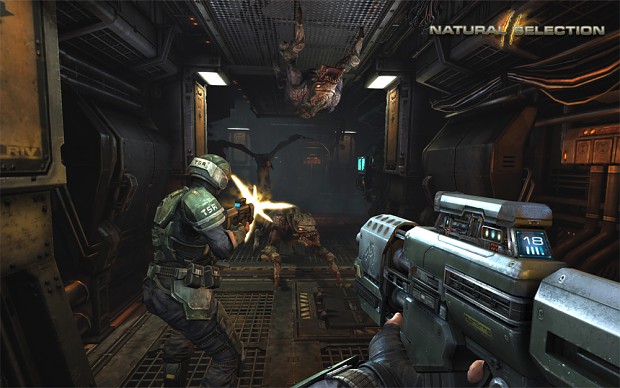 sry dude, the rest of the nominees look way more fun, and are more complex then a rabbitkungfu game

I think he meant that he like Metal Gear Sharking better. I myself like them both, and Natural Selection. How aliens became natural, i do not know.

Ever heard of... Natural Selection? And possibly Darwin?

Doesn't he prove the theory?

medve wrote: sry dude, [b]I think[/b] the rest of the nominees look way more fun, and - [b]Although I probably do not have any merit behind these words, whatsoever[/b] - are more complex then a rabbitkungfu game

Just sayin' - Complexity is relative to your understanding.

You have no idea what you're talking about.
Overgrowth may not have won the popular vote, but it's going to be the best indie game and engine. There is no question about it.

Though, isn't that actually one word? :P

OMG Anthropomorphic rabbits! Quickly, post something hateful to show how cool I am!

In my view, both games are amazing an unique.
It is the same if NS2 or Overgrowth has the first or second place, I love both equally.

depth for sure!
nothing can be cooler than that game

Is it just me or did Overgrowth get almost zip showing time on this video, it actually seems to cut out when things start getting interesting.

Just something that I noticed, was watching the video... overgrowth came up... then suddenly it was gone! I felt like I had a blackout or something, rewinded and checked again...

Anyway congrats to all the developers, cool to see Interstellar Marines on here as well I think it deserves some attention, their attention to the weapon feel is something I've not seen in any of the games I've played although I far from played all games there are to play :)

They should of shown game play not the environments

Damn Overgrowth should of won

Congrats to NS2! I was starting to think the game had been snubbed entirely, but the players came through in the end!

Congratulaitons for all the nomines. And Natural Selection cutscene impressed me!

i know some games have like 2 seconds of video time

Congrats to Unknown Worlds and the rest up on that list. Hoping 2011 is going to be an awesome year for gaming.

Project Stealth isn't even in the top five? :(

It wouldn't be called Project Stealth if you could see it right ;)

They are all winners in my opinion :)
There are 5 games right there that I would actually really feel comfortable spending full price on.

Wow all the other games look great here too. Thanks for voting for us guys! (but I want to play Depth!)

I think its safe to say that all 5 nominees definatly deserved to get this award. Great work by all, very impressive stuff being done by each team.

Great work everyone. :)
And it's awesome to see that Interstellar Marines made it into the Top 5!

Thanks for the Honorable Mention guys. :D

Never heard of Interstellar Marines, heard of all the rest, so it's odd.

But played the running man demo, while the performance wasn't great; it looked good and played nicely for a browser based shooter.

Yes! The game I most wanted to win won!

I hate when I see a mod I've never heard of make the top 5 of an award, I feel like I've been missing out :(

all of these look great. congrats ns2

Congratulations to everyone at Unknown Worlds, well deserved. Natural Selection 2 is shaping up to be an awesome game.

All of the games deserved it the same i wish luck to all of them.

Congrats Charlie, Max and the whole gang at UWE!! Well deserved, I have been having a blast in the alpha/beta.

I'm sure I will be playing this 5 excellent games.
It is nice to see that the indie developers keep rising the bar on how a good game should be.

primal carnage should be on there, i can't understand why depth is on there with so little content shown.

Errmmm, Primal Carnage is in third place...
Also, thanks for the support man! (not)

NS2 FINALLY APPEARS IN A CATEGORY AND THEY WON!

Thank you for your votes and support! We are really proud of Interstellar Marines being in top 5.

For the Love of the Game,
The Team at Zero Point Software

Someone has to do something about the vids, they look like they have been made in couple hours...

Gotta agree with you here, it does seem very half-assed this year. Last year there was narration. The 'summary' for the winners all seem to be copy pasted straight from the websites too. And the video looks like it was made in minutes, not hours. (if you exclude rendering time).

All truly outstanding looking games, but I have to admit that " Primal Carnage " just doesn't grab me like the others. A lot more work to do there.