INTERSTELLAR MARINES resurrects the old school tactical FPS, offering a unique blend of co-op, role-playing and nonlinear gameplay. Set in a believable future, you take on the role as an elite soldier handpicked to join Project IM, a top secret military program being assembled to protect mankind from all dangers outside our solar system - Head on over to our Steam store page and check it out! 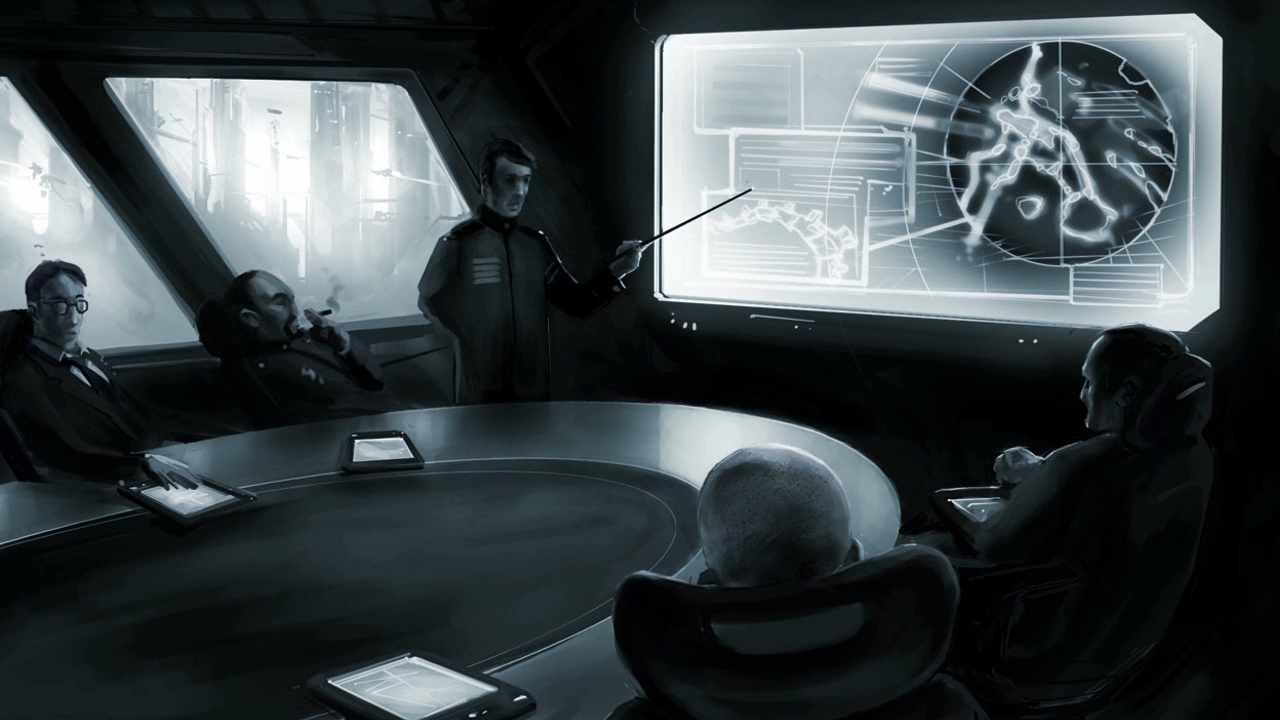 Hi everyone, good news! We’re pleased to announce our new development roadmap for Interstellar Marines.We’ve decided on a 4 month development period, with a tentative deadline for each update and new priority system for WIP content/features.

The priority system will sort tasks into “need, want, bonus” categories. The Game Director will designate what needs to be done, what he'd prefer volunteers do, and bonus items that can be chosen by the volunteers themselves.

Anything that is not ready will be pushed to release in a later update rather than delaying the current update. Progress will be updated on our Trello page and social media, so be sure to check them out to see what is being worked on.

As a player, what does this mean for you?
The priority system will allow our Game Director Kim (ZPSHicks) to have more time to interact with the team and community, as he no longer needs to plan every little task and detail.

The team will also have more freedom with what they are allowed to work on, so you might end up with some cool random content or features.

ITO Testing
ITO Testing will continue as usual, and will take place before the deadlines with multiple builds including changes/additions according to player feedback. Once we feel we’re ready to release we’ll lock an ITO Test Build as a release candidate.

To become an ITO tester join our official Discord server and post “!rank ITO Tester” in the role-requests channel. Then you'll receive access to the ITO testing announcements where you’ll find the code to unlock the beta branch in Steam.

During this process we will add reported bugs and include what is being worked on via our Trello page.

We’re very excited to see where this will take us and we will continue to make updates as more progress is made on our social media.

FOR THE LOVE OF THE GAME,
Your Team at Zero Point Software

Join our official social media and community groups to stay connected and chat:

Update 28 has finally been wrapped up and released. In this update we’ve upgraded Interstellar Marines from Unity 5.1.3 (released August 2015) to 5.6.7...

Good news everyone! Thanks to our wonderful crew of community volunteer developers, Update 27 has been wrapped and released! Going into the volunteer...

Good Morning/Afternoon Dear Community, This is the first update in quite some time, and we've all been waiting for it! Update 26 introduce the first mission...

Wait, this thing is still alive?

An idea I had that might help greatly fund the game would be making the Chapter 3: Bullseye into an app for mobile devices such as phones. For anyone who hasn't tried it out, here is the link Interstellarmarines.com. The reason why is because it plays simple as you primarily shoot at cardboard targets. This might work well for touch-screen because there are not as many complex controls. You mainly stand in one spot and fire from the hip or aim-down-sights. Just a thought. Keep up the great work Zero Point Software! Hoping a publisher will invest in your game soon.

Yeah! Bullseye was so good! Could be a steam game in it's own generating revenue

The 4 Operatives
There are four playable interstellar marine characters. Each one has their own unique appearance, personality, background and special gadget(s).

-Flamethrower: a weapon that projects a long stream of fire to burn enemies

-Sentry Turrets: What if players could deploy mini sentry turrets to help by them time

-A Hacking Device: What if one of the players had a tool which allows them to hack into an enemy robot biped mech that's partially damage and have the mech become their team's ally? This would be intense because the mech is down only for a brief period and players hacking into them have to be quick.

-Medic Buff: A medic could buff their teammates health but only so few times. They can run out and result to finding health in the environments. This could add a little be of a survival element to the game.

Voice Proximity
In coop, you can stress the importance of communication. An idea I have to make the game more challenging is if the player dies, they can no longer be heard via-voice by their team-mates until they re-spawn. Communication with other players can be a key factor to successfully completing missions.

Extraction: Rescue randomly spawned characters and bring them to a safe location or an escape pod or ship.

Drag Wounded Teammates:
On your Boxart, you have an image of an interstellar marine dragging his injured teammate while they are shooting. What if players could do this in-game? If a player is down, their teammate can drag them and both players can shoot from the hip. Being able to drag downed teammates would be cool. When a teammate is down and not in cover, players could have a choice to either let him bleed or run to their aid. Getting players back up takes time. Dragging their ragdolls back to cover and than helping them out would be pretty cool. If the player is not too badly hurt, allowing wounded players to crawl to cover would be cool. If their legs have taken too much damage for instance, to make the game more challenging, teammates could be exposed to incoming fire to risk dragging a them. Players would have to sort of gamble and take risk. Health could be very limited so this also could add a little more challenge to the game.

I have been following this game for a long time now and I feel like it has strayed away from its initial focus. Will players be seeing any cooperative missions with the mutated "alien-like" Tiger Sharks? What if up to 4 interstellar marines players could work together and help each other stay alive through missions. Take the game back to its roots!

"Operation Black-Thorn?"
--What is this operation?

"On a routine mission, the simple objective... turns into mission impossible. And the destiny of 4 operatives, is changed forever."
-- Tell the story of these 4 operatives and let the players choose which character they want to play as prior to the start of the game. What if the characters talk to each other as players work together, telling the game's story?

Allow players to find clues like audio/ video logs, notes and other ways to help explain the downfall of this experiment gone horribly wrong. What if the 4 operatives players control had their own gadgets to give the game more depth and playability for missions besides two firearms with suppressors. After all, they are a new breed of soldiers.

These are just some things to consider to add more content for players to experience. I understand you all have faced many development challenges and its been hard funding development further. These are just minor thoughts to help assist the development of this game so that it can be made to Kim's vision and the vision we all want to see made as players. Also, have you considered being your own publisher?

Once a publisher is involved, you normally have to give up control of the game in some way unless that publisher supports you fully. Since they are the ones with the money, you could trap yourself by giving in to what they want the game to be which might not match your vision. I still have high hopes for this game. Cheers

Just stop being A fail troll...

I think a guy was going around downvoting random people, so i up +1 karma to alot of comments here