The time has finally arrived, the moment everyone on IndieDB has been waiting for. After countless days spent voting, promoting and deciding it all comes down to this. 10 final placements for the very best indie games that 2010 has seen. The victor will be the very first winner of our first annual IOTY contest and all the bragging rights that comes with it! A big thanks to all those people who voted, its been a hell of a year and what better way to end it then announcing the Indie of the Year 2010. 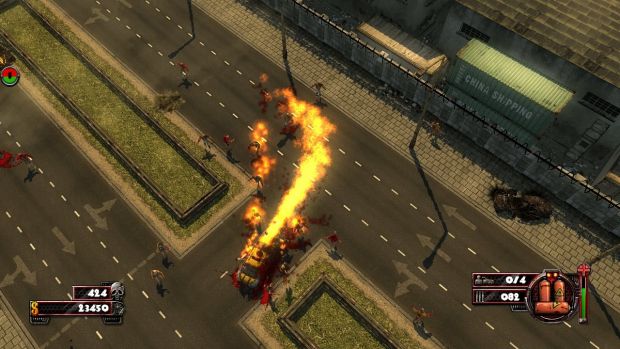 Zombie Driver
fight your way through the streets of a zombie infested city to save the survivors of a disastrous chemical accident that changed most of the city's population into mindless brain hungry monsters. Time is the enemy and your car is a weapon as you race through the streets smashing everything on your way.
9 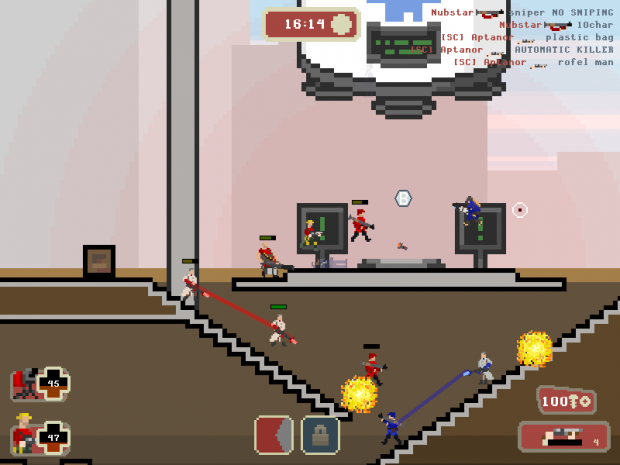 Gang Garrison
presents the player with 9 unique classes to use in frenetic, cooperative multiplayer action in a stylish and unique 8-bit style. Battle with your friends or others you encounter online through a whole range of vibrant maps; TF2 maps reimagined in 2D as well as a multitude of maps with all sorts of different looks and settings.
8 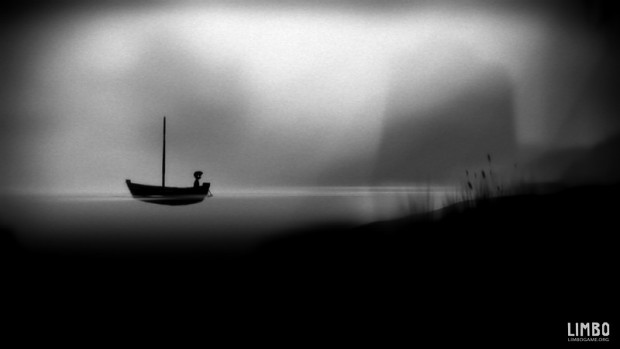 Limbo
is a puzzle-platform video game and the premiere title of independent Danish game developer Playdead Studios. The game was released in July 2010 on Xbox Live Arcade. Limbo is a 2D sidescroller, incorporating a physics system that governs environmental objects and the player character.
7 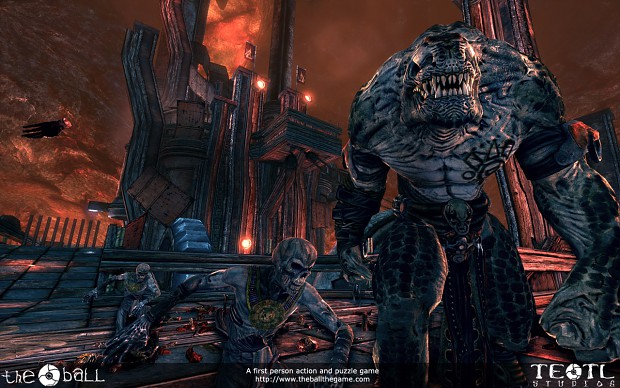 The Ball
is an Unreal Engine 3 singleplayer action/puzzle game. You play as an archaeologist working on the slopes of a dormant volcano somewhere in Mexico, and a technical malfunction gets you stuck in a cavern. It doesn't take long before you realize this is more than just a cave. You reveal ancient ruins that have been hidden from outsiders for centuries and discover a mysterious artifact, a gold and metal shelled Ball.
6 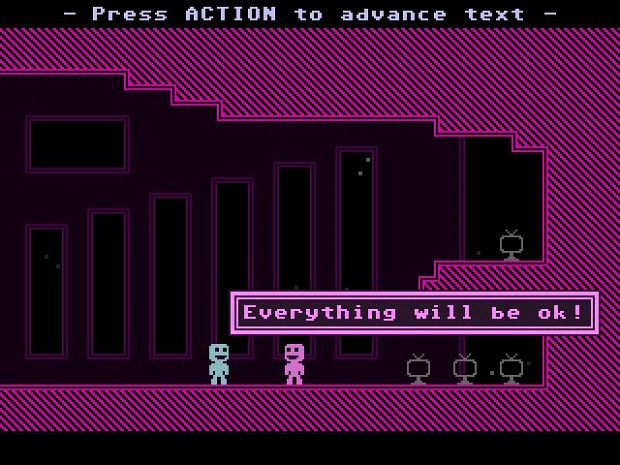 VVVVVV
is a 2D puzzle platform video game, built using Adobe Flash for Microsoft Windows and Mac OS. Featuring a gravity flipping game mechanic, the game was developed by Terry Cavanagh and was released in 2010 alongside an online demo.
5 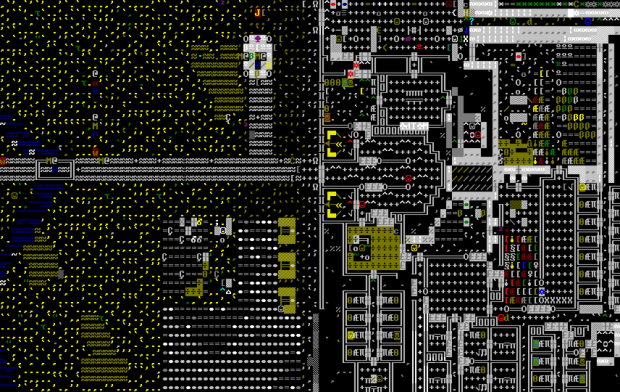 Dwarf Fortress
puts the player in charge of a band of 7 dwarven settlers, fresh from the mountain homes. The object is to create a thriving civilization in a location of the player's choosing and incur as much or as little fun as desired.
4 Mount & Blade: Warband
expands on the original game by introducing a sixth faction, increasing the political options, allowing players to start their own faction, and incorporating multiplayer modes. Reveiews of the game were generally favourable, with the addition of multiplayer the most highly praised element.
3 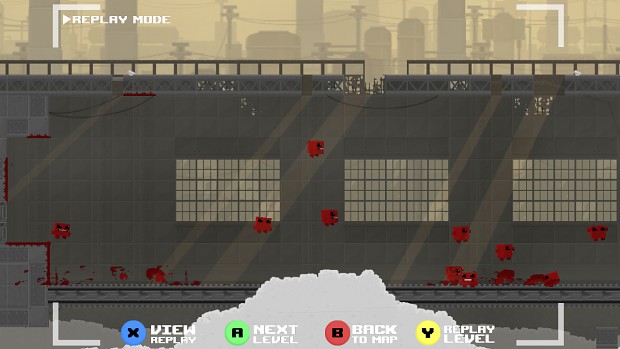 Super Meat Boy
take on the role of a small animated cube of meat named Meat Boy who must save his girlfriend, Bandage Girl, from the evil Dr. Fetus. Players must use sharp reflexes to guide Meat Boy to the end of each level, using his wall clinging ability, while avoiding buzzsaws, salt, and other various death bringing obstacles. The game will contain about 350 levels, which are split across various chapters.
2 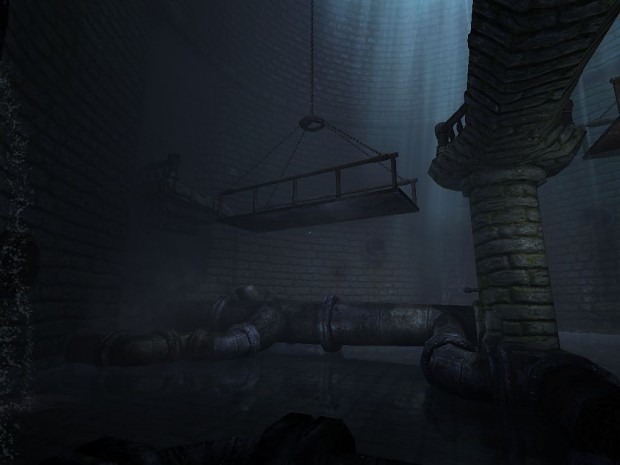 Amnesia: The Dark Descent
puts you in the shoes of Daniel as he wakes up in a desolate castle, barely remembering anything about his past. Exploring the eerie pathways, you must also take part of Daniel's troubled memories. The horror does not only come from the outside, but from the inside as well. A disturbing odyssey into the dark corners of the human mind awaits.
1 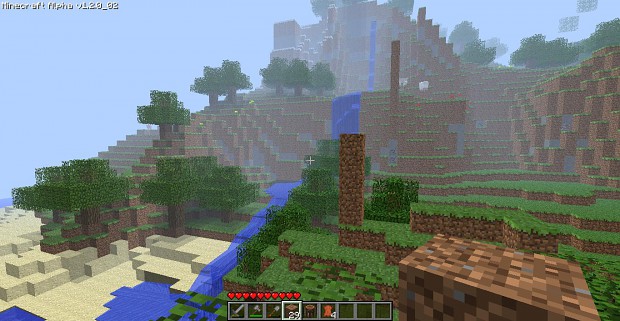 Minecraft
is a sandbox construction game. It involves players creating and destroying various types of blocks in a three dimensional environment. The player takes an avatar that can destroy or create blocks, forming fantastic structures, creations and artwork across the various multiplayer servers in creative mode, or fending off zombies, skeletons, spiders and creepers in survival.

Congratz all game! But Amnesia is my fav :D

I love the top 3 and voted for all of them... Super Meat Boy is Hard as Hell and you shout "****" as often as in no other game and it is simple and fun... Amnesia eats you from your inside and gives you the feeling of beeing the person you play in this scary masterpiece and minecraft is an idea I have never sean before, it is simple and it works and give me so many houres of fun I can't count it...
All three are so different and I would like to see all three on the first place...
But no game but minecraft promised a cake for wining :)
Btw, My gratulations goes to all ten "winners" and all the other good Indies which just don't get enough vodes what do not say they are bet, just not so well known...

I mean no game promised a cake for winning the indie of the year award xD But you are right, Portal is the King of the cakes xD

Agreed, ponpat. Each of the top 3 games - nay, ALL 10 games in the Player's Choice IOTY list - deserves to be here. Each is truly unique, innovative, and memorable in their own right. What more is there to say without repeating what's already been said?

All great games! Congratz to all, especially Notch.

Yeah, sure! Just because you are little kiddie who doesnt have paypal to buy minecraft. You didnt ******* try it and i agree that creative mode is complete piece of **** but beta, is masterpiece!

make world a better place and delete this guy from modDB..

I enjoy Minecraft but I was really hoping Amnesia would win. Dear God it's an achievement to come in second though.

maybe it's everywhere because it's awesome :D

@relifed: your face against the wall is awesome too

whooaaa okay hold on there, i was fine then you went a wee too far. the game was MEANT to look retro, clearly you are one of those graphic whores, and if it doesnt appeal to you that much get a damn texture pack. And btw if your computer lags, thats your fault. But alas, its your opinion and your choice so eh. I agree partially that amnesia shouldve gotten some reawrd since they were in a crisi. and guys CALM THE **** DOWN.(to haters and fanboys) its just a game.

I really loved this line up especially considering Dwarf Fortress was up there and for anyone who has played it they'd know why immediately. I have to say I was hoping to see Limbo in the top 5 but I suppose that's more because of it's limitations in regards to platforms. I don't think anyone has gone a week without hearing about Minecraft (more love than hate, much much more) and while I'm afraid it will steal my soul if I got it I have to again say I'm both happy with the list and the winners. Great job guys, can't wait for next year. Happy Holidays.

if you love horror games, and you haven´t played Amensia...

Too bad notch already has millions of dollars, and that the $1000 prize doesn't go to a developer that actually needs it.

You have a point. But if it makes anyone feel better, he did donate 2000$ to The Humble Indie Bundle #2.

Seriously, calm DOWN! Minecraft is awesome, but it's good to be open minded too, and if your thoughts either make another person feel uncomfortable or yelling at them makes them reply angrily(Kinuhadi) you shouldn't post a comment like that.

No, it's not that I don't like it. Minecraft is great.

Welcome to the World Wide Web.

And you shouldn't rate the game by it's fanbase.

I must begrudgingly agree. the demand on minecraft to update is just stupid, and even then, we have people wanting flying creepers that hug you.

That's the thing with the Internet. Since the beginning of it, we got a lot of a****** people around the web. Yes, a fanbase does make a game popular, but that's what it does only. Make it popular. Not make the game itself. I even thought I vote for some Half Life mods, not because of the fanbase(which I have to say, it's much worse in-game then on forums), but because of the gameplay itself. But I didn't, because I dislike Half-Life.

You spelled my name wrong.

Dwarf Fortress will always be #1... in my heart.

I was happy to see dwarf fortress up there, and I totally expected minecraft to win. Minecraft is pretty cool, congrats on winning. I was hoping for Dwarf Fortress (I know, longshot), but I am glad another cool indie game took the first.

Congrats to the winner, and nice to see several of my favorite games of 2010 in the list!