An update has been released for Action Alien almost 3 years after its release !

This update consists in improvements, tweaks for the gameplay and new features being added to the game.

The main feature added is the cinematic made for each map which improves the immersion and narrative dimension of the game by giving overviews of the incoming action with short introduction sequences.

A lot of optimisation was also done for the aliens and other 3D models to improve the in-game frame-rate, especially for the tropical map where the tropical foliage and the bungalows had their geometry optimized with more level of details. 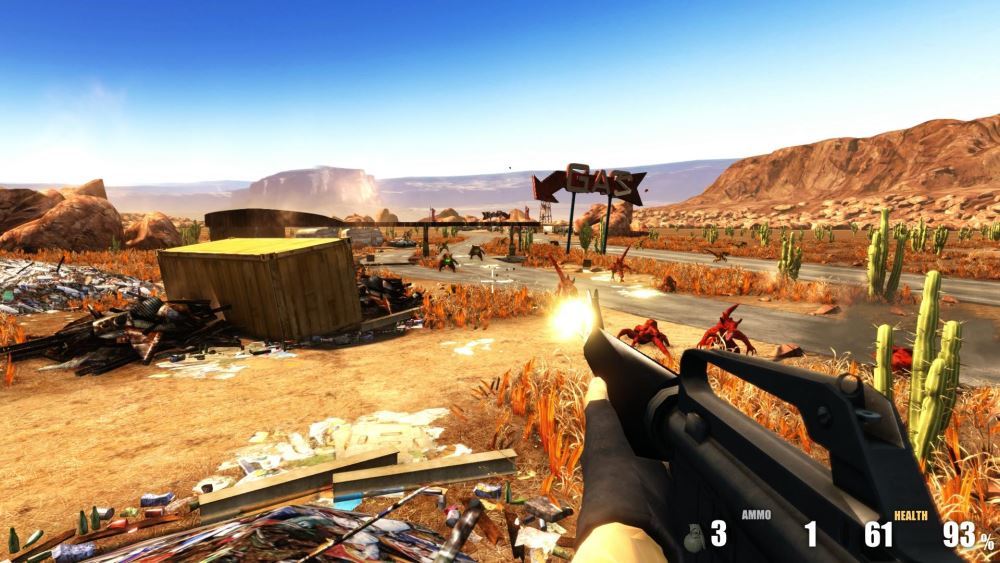 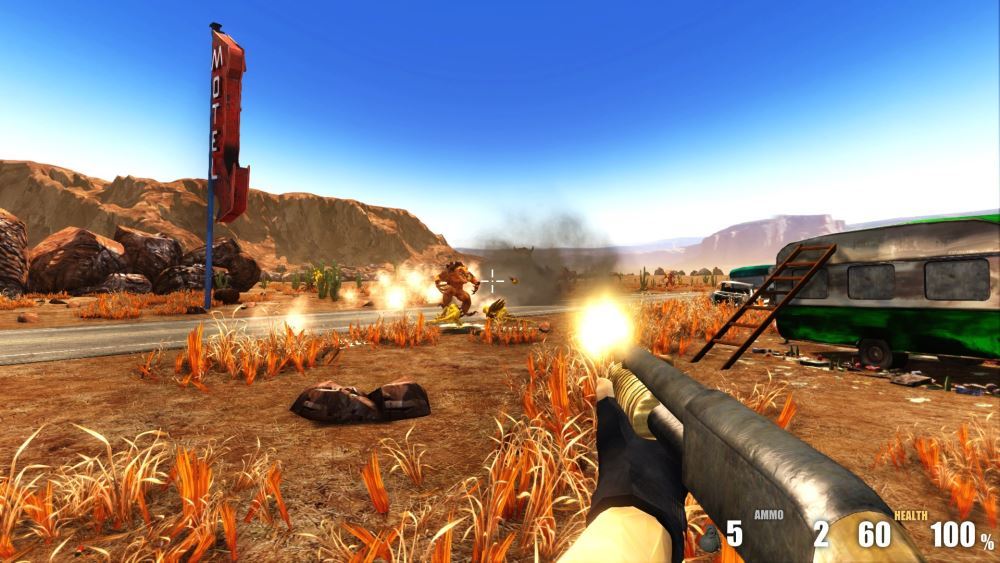 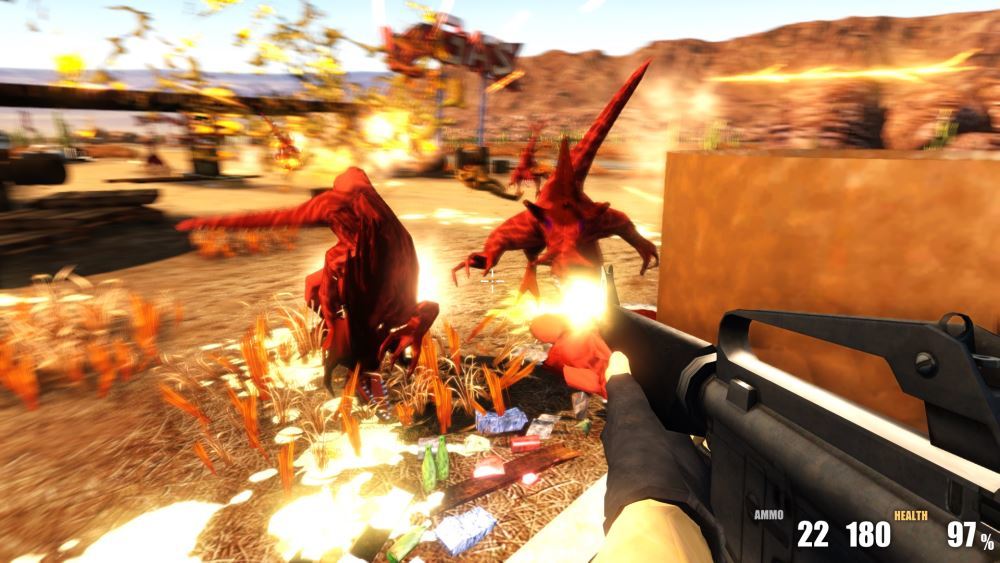 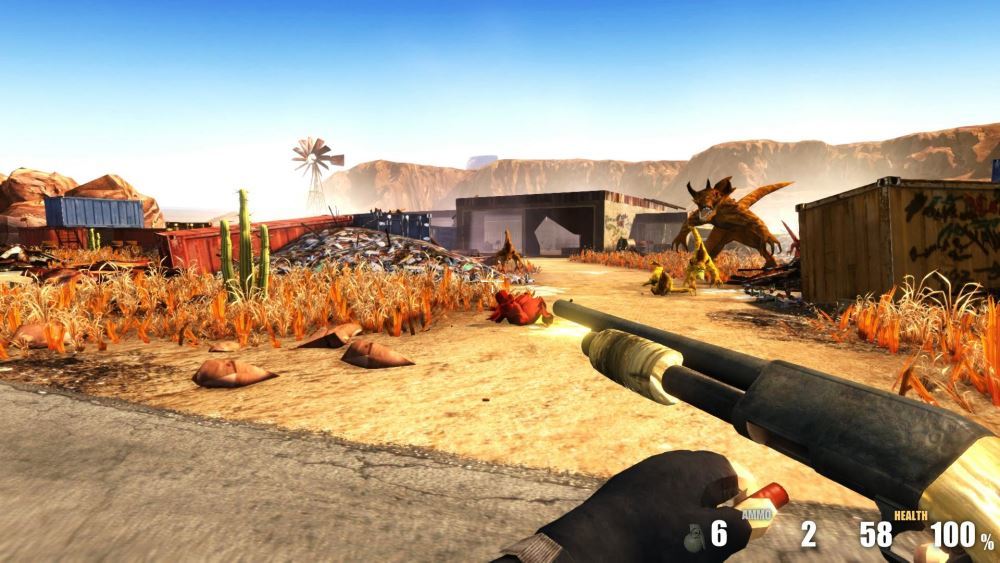 About the changes made for the gameplay, theses have in mind to make the game easier and more intuitive to play. Things such as cross-hair being added to the pistol and the sten to give a better aiming, grenades faster to throw, there is now also unlimited sprint to make it possible to flee the aliens or to collect items faster.

The hunting rifle is still firing at the same rate but is now inflicting much more damages to the aliens. Grabbing heavy items won't slow you down as much as before to remove the annoying feeling of being very slow when collecting them.

A fix has also been done for the arena maps for an issue where too many aliens would spawn at the end, as this was often creating lags spikes and make impossible to play for longer.

Additionally, support for Mac OS X may be available soon !

Some bugs fixes and improvements for Action Alien

Update with many bug fixes, improvements and video gameplay !

Regarding the trademark issue with inXile Entertainment...

No news about the game development in this post, unfortunately ! But considering how much attention my trademark issue with inXile Entertainment has recently...

Change of the title and adding of the survival mode !

Hold on against an endless stream of aliens for as long as possible to achieve the maximum score!

More integration on Steam and more unlockable features to enhance the gameplay !

The aliens are aliensaurs, because they are shaped dinosaurs.

You could add cities and places with buildings and houses to explore..... and also be life bar, hunger, thirst, and perhaps radiation .... I'm Brazilian so I would love if you make available the language '' PORTUGUESE ''

This game is the new Fallout :) congratulations for the good work (y)

Why are ppl complaining about this game for 10 bucks?
It is in alpha the creator stated and i personal miss more different enemys in the game. The Ai is low, standard search and destroy, but hey it is working(most times).
This game could be a good game in old FPS style. Some more audio, randomnize stuff and paths.
Optimize gameplay. Never put an objective in sight or in reach of the player.
There are dazzillions of bad games out there in final stage, this could be better.

So what are we (the people who support the indie devs) are supposed to do, be content with these results? Are you really satisfied with mediocre products? Is this mediocrity and people think something like this is "sufficient" the future of indie games?

Because if you are satisfied with this quality, then the bar is set so low that Steam Greenlight is filled with asset flip games. NO. NO, it's not sufficient. I've seen indie games in alpha versions more detailed than this asset flip game. It could be better, but the dev didn't even try, or even if he tried, he can't code anything worthwhile.

HINT: You can win this game by dropping multiple petrol cans in the trunk of the car, since the dev couldn't code how to restrict the number of dropped items. You can literally win this game as soon as you find the first petrol can. Is that sufficient for any indie gamer? It seems it is nowadays, so that is the quality of indie games: Steam Greenlight shovelware.

This game could be good but isn't