After a quite long break with the development of the game, an update has been released for Aerial Destruction which improves the gameplay experience, add new features and fixes some bugs. 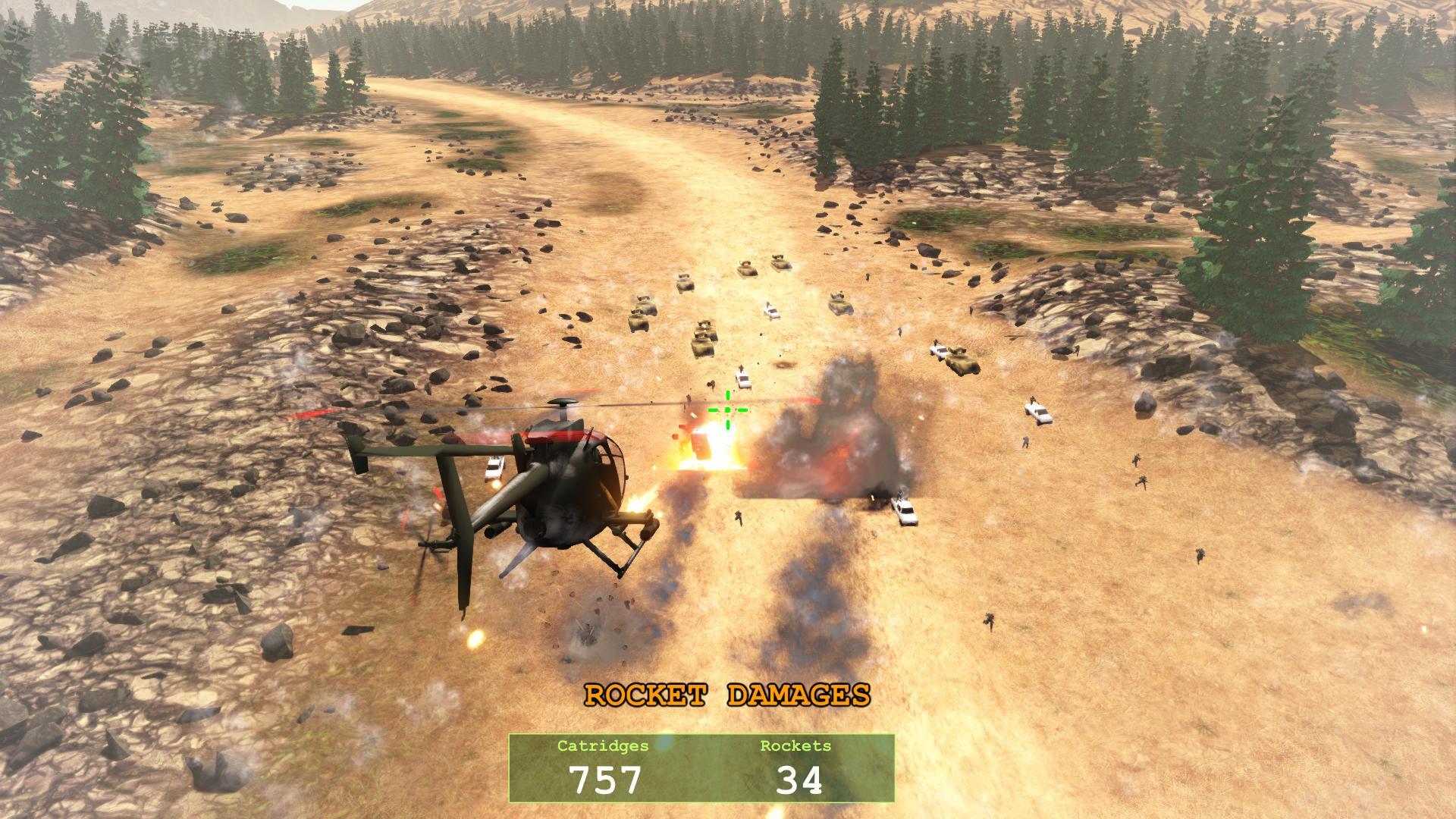 What was added is the ability to enable or disable the helicopter sensor which displays red squares over enemy units as much as green squares over allied units. 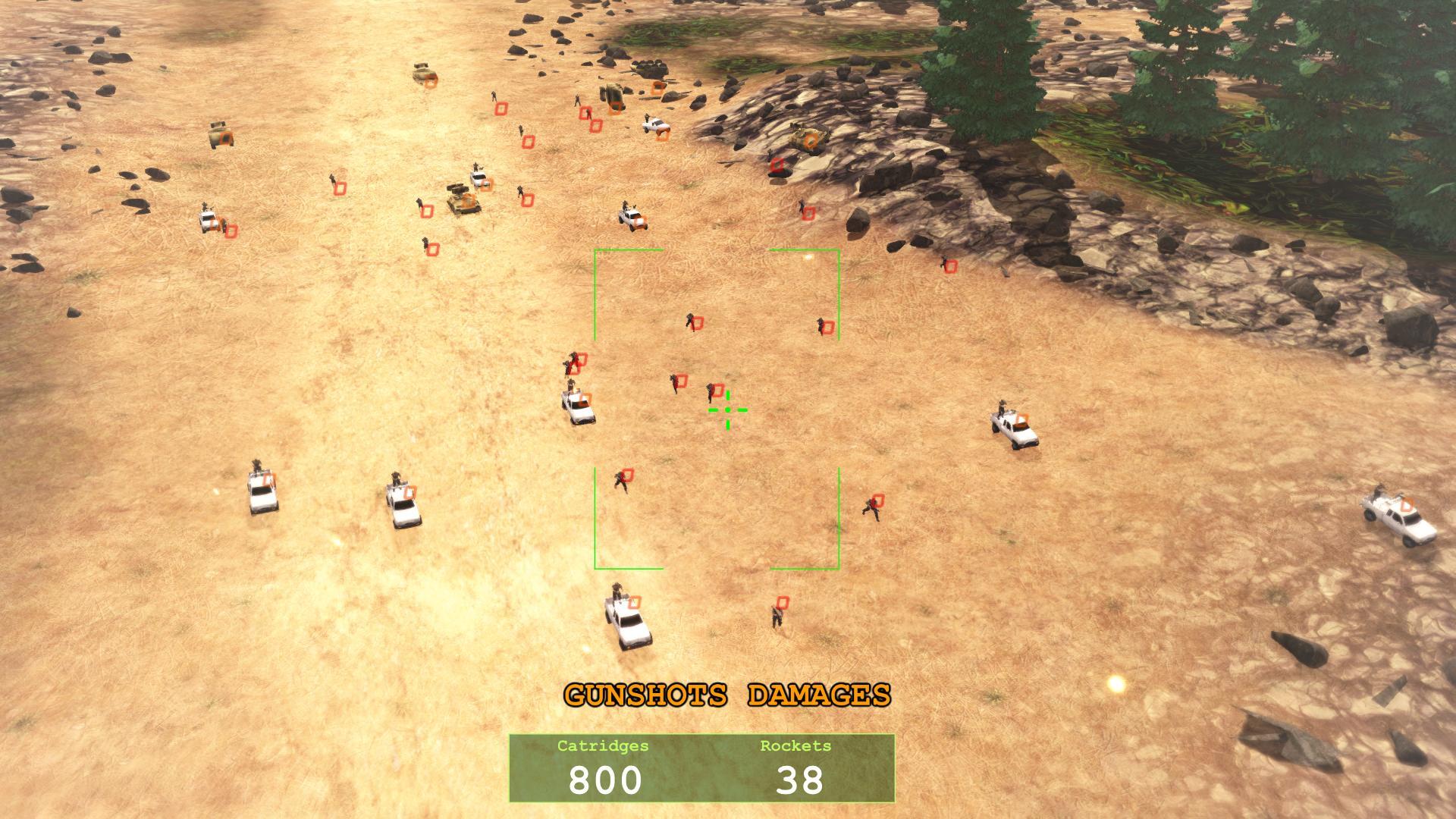 While this sensor is helpful to have a clear view over all units on the map when flying at high attitude, it may sometimes hurt the immersion of the game by giving the feeling of shooting over colored squares instead of troops and vehicles. 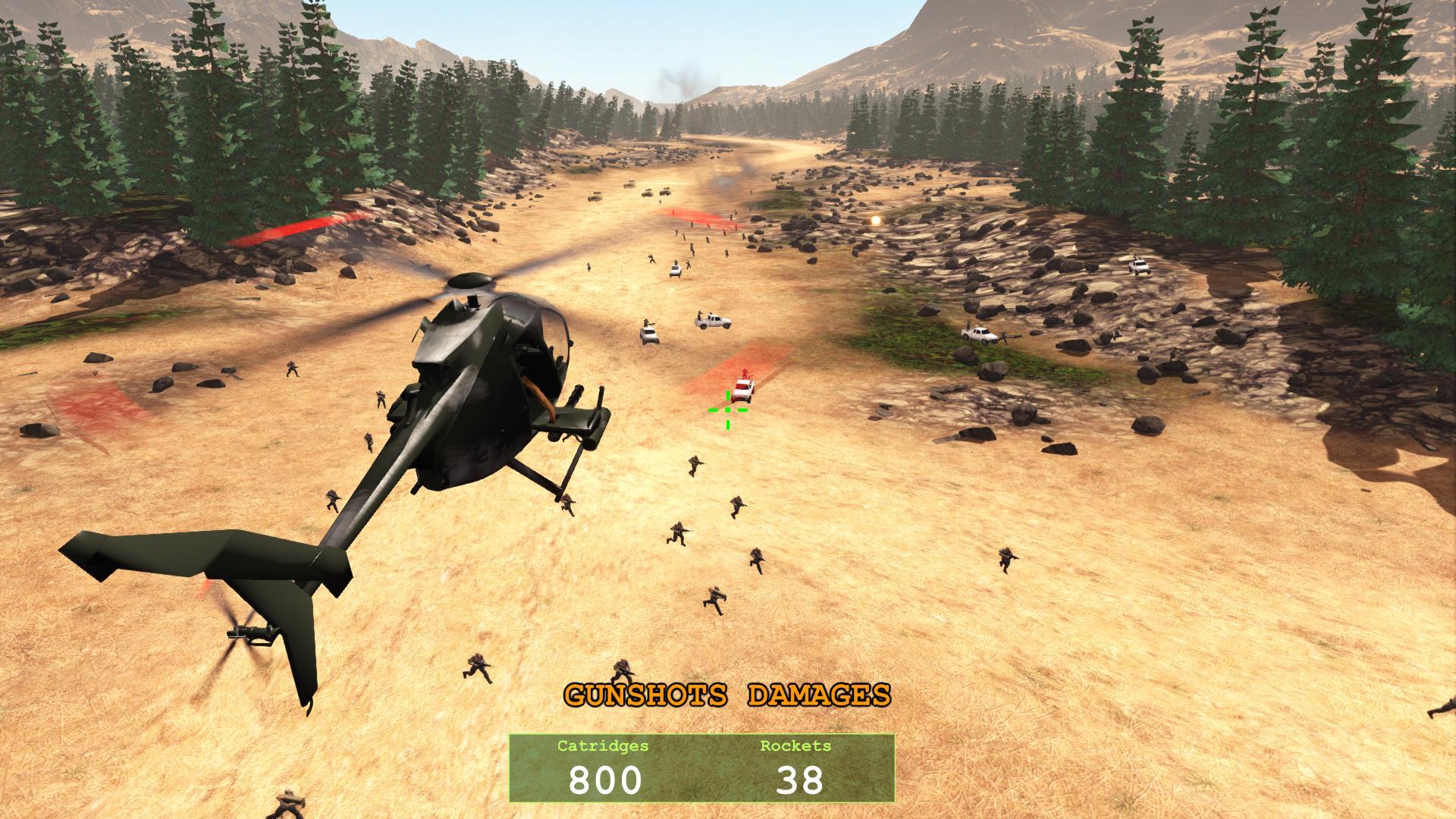 For this reason, you can now enable or disable the sensor depending of your preferences ! 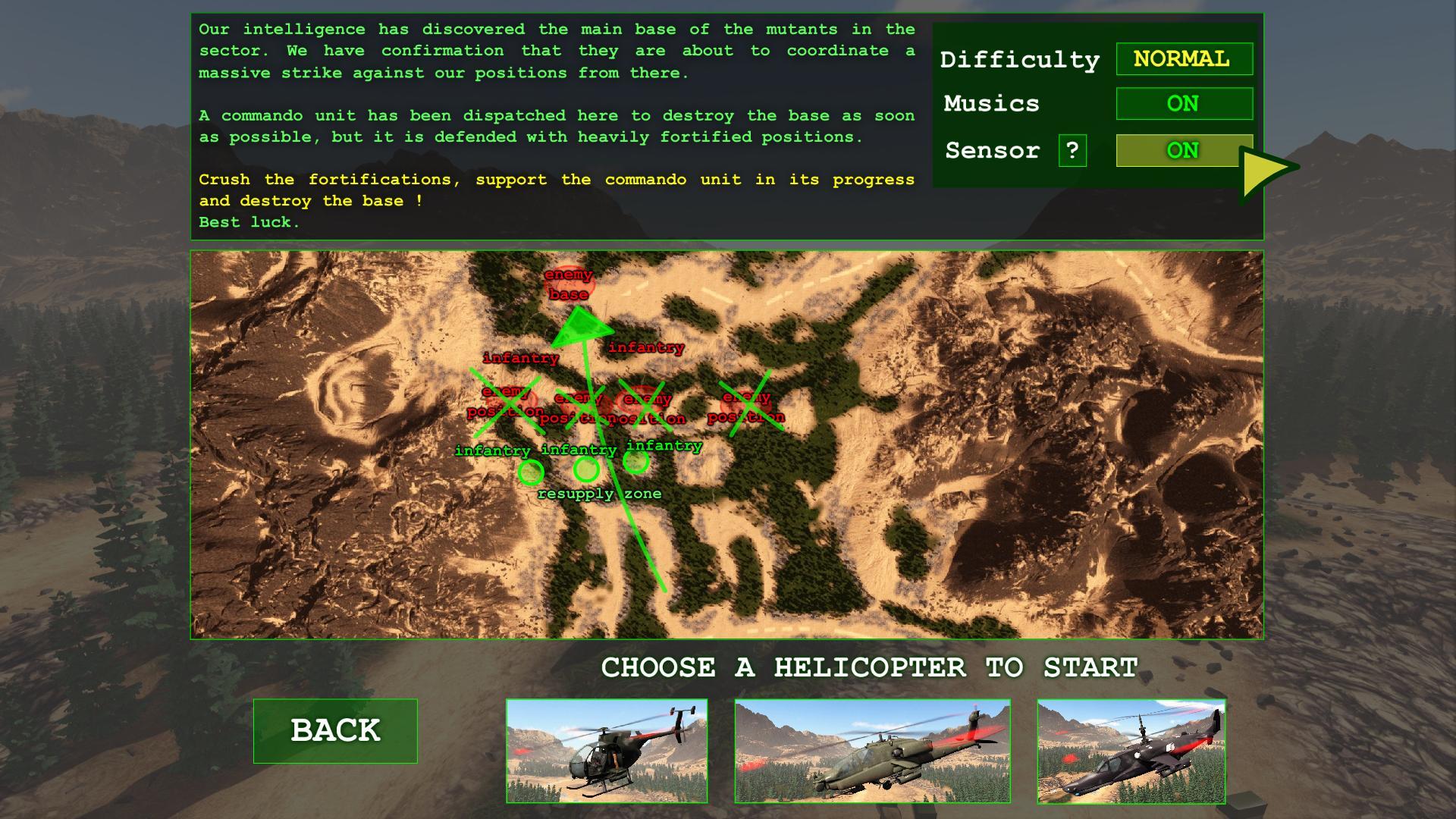 What was also done is the ability to turn on or off the in-game musics, wherever you want to listen to your own musics instead while playing, or if you simply want to play without musics. 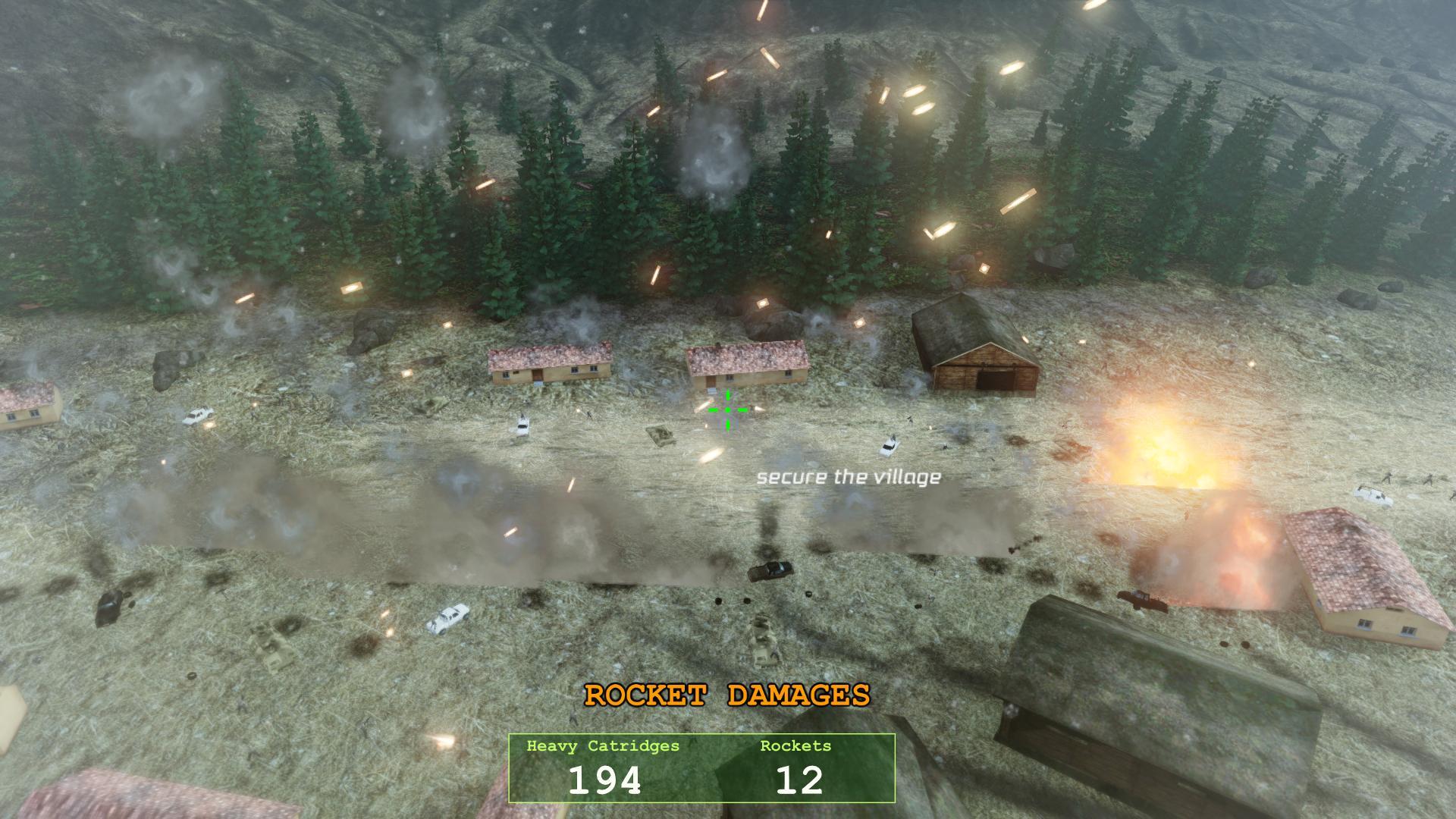 Works were also done on the enemy units to improve their animations and to make them holding their machines guns and rocket launchers the right way. 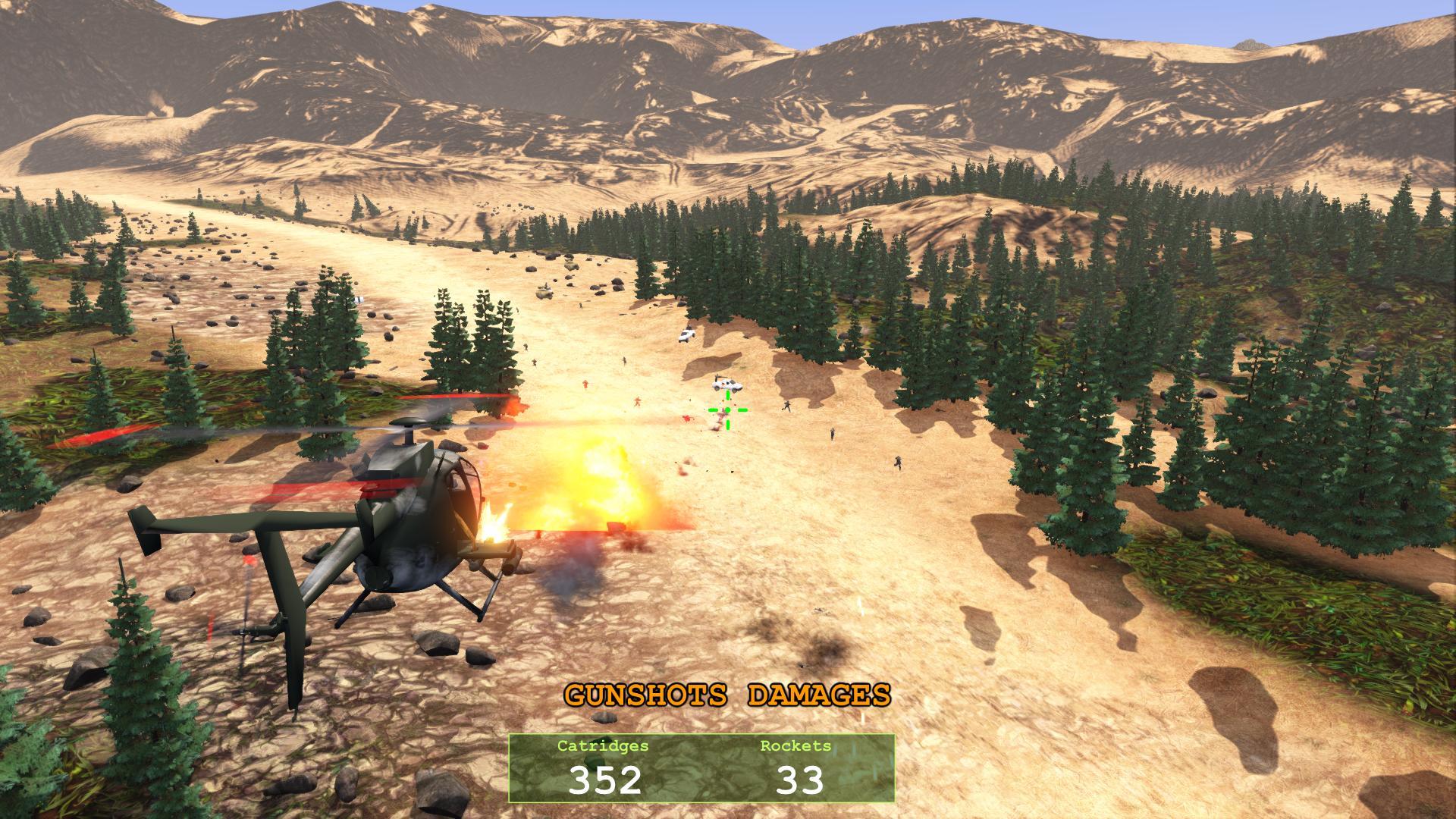 The ragdoll physics were also improved in a way that it gives a better feeling of bullet impacts when firing at them from your helicopter's machine gun.

Finally, the menu was improved with a dynamic scene of the game used as the menu background.

So that's pretty much all, thank you for reading !

Update and optimisations for Aerial Destruction

With multiple fixes for the missions, gameplay and graphics optimisation.

Aerial Destruction has recently received a major update which adds one new mission and many new features.

Following almost a year of development, Aerial destruction has just been launched as an Early Access and is now available to play. Many tweaks are still...

Some pictures of the "Night Ops" mission with the Ka-50

A mission which takes place during the night and where the player will have the opportunity to pilot the Kamov Ka-50 inside enemy territories.

Hello my friend. Congratulations, your game looks amazing, I loved the physics of the Helicopter, I will for sure try it! I am also a UDK developer (@udkultimate), and I want to invite you to take a look at my new upcoming game, made in UDK (a modified version which exports the game for PC, PS3 and Xbox360):