The game's focus is multiplayer, where up to 8 players can play tons of different sports games, customize their characters and unlock modes, levels, characters, skins and hats. In addition to multiplayer, the game will also have a single player/co-op mode where you can test your skills against AI. 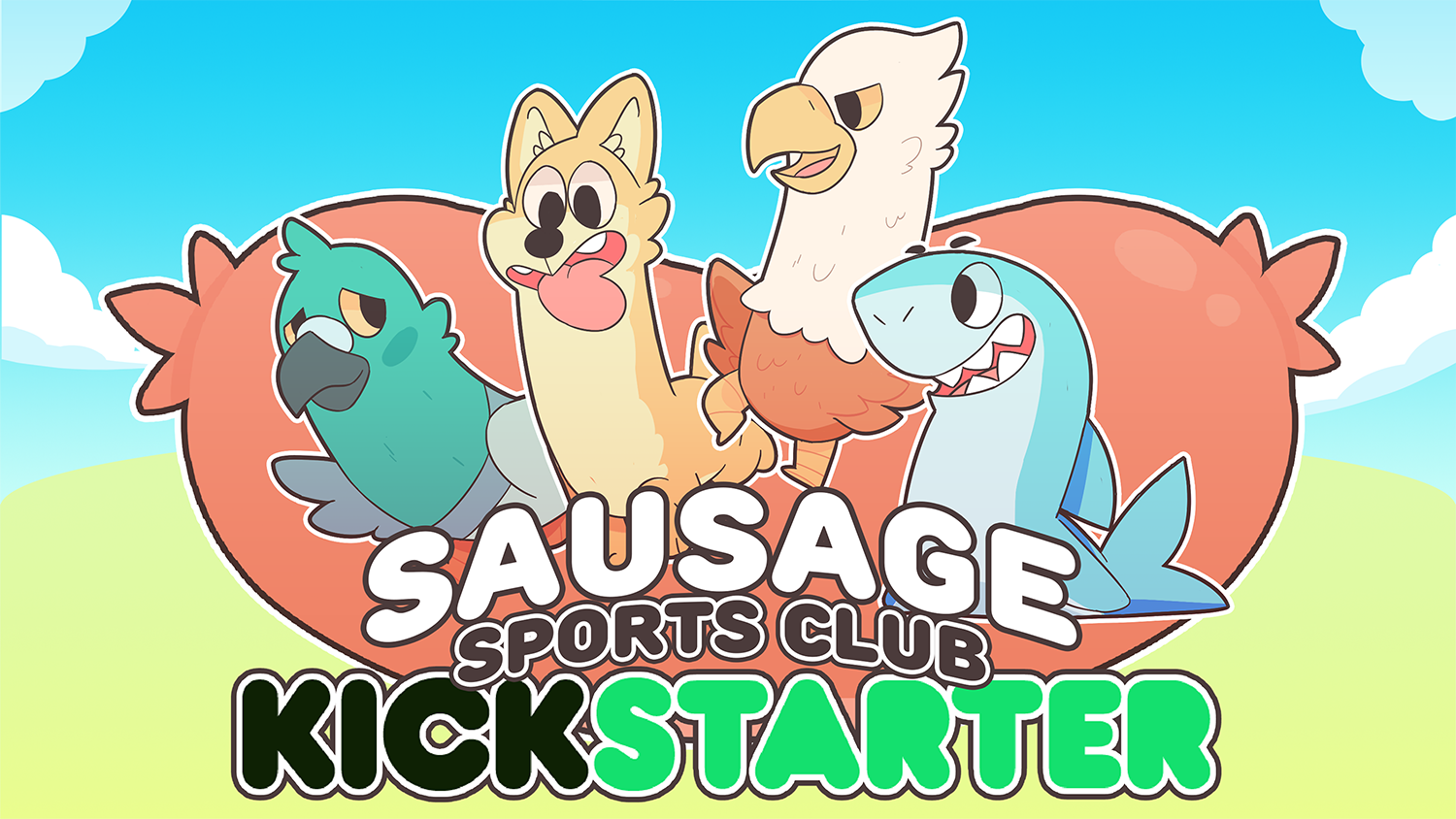 Sausage Sports Club is a collections of sports games based on the same core mechanics. You play as a long-necked animal and run, jump, dash and slam your way to victory.

Easy to Learn, Difficult to Master

Sausage Sports Club is a 3D platformer with a few extra ingredients. The controls (which are used across all the modes) feel similar to other games in the same genre which makes it easy for new players to pick up quickly. On top of the basic platformer movement and Mario-style ground pound, Sausage Sports Club adds a dash. Dashing is where high-skilled play and mind games come in. They're used offensively to knock other players around or defensively to knock soccer balls away from your goal.

Soccer - Get the ball into the other team's goal

Sumo - Knock other players onto spikes without falling in yourself

A big design goal for the game is for all the modes well balanced fun. After playtesting the game at a few conventions, there's no clear fan favorite (mine is Soccer at the moment), so I'm hopeful. Before release I plan to add at least 5 more modes and hopefully many more than that.

Player expression is a big part of the game. Players can pick their character, skin and hat before playing. There will be 15ish characters with 2-4 skins each and at least 50 hats in the final game! Once in the game, there's a whole new axis to express yourself: Head swinging. Head swinging has lots of uses in the game from knocking around soccer balls to avoiding dashes to shoving players (if you have the right powerup). Of course, you can also use your head to dance, wave, helicopter or any other polite or impolite gesture you can think of.

Sausage Sports Club is one of those games that's meant to be played with friends. But it's not finished yet. Still, I want to give everyone a chance to try out the game with their friends. To that end, I'll be running a Playable Trailer live on Twitch every night of the Kickstarter.

Check it out on Twitch at: Twitch.tv

What is a Playable Trailer?

Every night of the Kickstarter, I'll be streaming Sausage Sports Club bot matches on Twitch and letting the chat decide what happens. You decide what matches get played: Corgi-Soccer? Cheese-Hat-Capture-The-Flag? It's up to you! In addition to deciding the conditions and competitors in each match, player/viewers will also get to bet digital currency on the matches. You can also alter the outcome of the match with chat commands that stun or powerup players!

At the end of the campaign, the 10 viewers with the most currency will earn rewards just like the backers:

- Top 10 audience members get a digital copy of the game.

- Top #1 audience member gets to help me design a playable character that will ship with the final game.

In addition to the nightly bot match streams, I'll also be live-streaming development of the game on the same twitch channel for a few hours once a week. Throughout the campaign, I plan to do streams showing my process for building characters, customizations, arenas and game modes!

As we wrote in our recent interview with a couple of indie developers working on getting their games ready for the Nintendo Switch, the Switch itself is fast becoming a fantastic platform for fans of indie games. Not only has Nintendo made the Switch easier and more accessible for indie developers, but the Switch audience appears to be even more open to buying indie games on the Switch - making the platform incredibly lucrative, rather than a gamble.

In addition to talking to Switch developers, we wanted to highlight some of the most exciting indie games that will be releasing on the Nintendo Switch in the coming months. Check them out below, and think about which one you'll be buying next for your own Switch!

Away: Journey to the Unexpected

Opus: The Day We Found Earth