Pantropy transports players to an alien world rich with natural resources and dangerous lifeforms. Skill-based FPS gameplay means that you’ll need to react quickly to enemy attacks. Get ahead with advanced building mechanics and a sophisticated resource collection system but remember this: only the strongest will survive.

Players spawn on the outer regions of the island and must travel deep into enemy territory in order to get the greatest loot and highest value ores. In the centre of the map, mobs are powerful and won’t hesitate to pick off lone travelers as battles rage across the landscape. With multiple biomes to conquer, a vast range of weaponry, and highly customisable bases, Pantropy is not for the soft-hearted. Whether you build your base above or below ground, enemy factions will come for you.

We have been really busy during the last week and had a mixed launch experience. It wasn´t super bad but it also didn´t went through the roof. Anyway we´re happy that Pantropy is finally released and we will continue to work on making it a great game.

We´re still experiencing some recurring issues regarding the base building system and mechs at the moment. But we are working hard to solve these issues ASAP. We just have decided to take a little bit more time to develop and test the patches. Our first approach was to work almost all day and night on the patches and push them ASAP without a long testing period. We just didn´t want to let you guys down and wanted to show you that we do everything possible to get rid of the bugs ASAP.

That didn´t work out too well and some severe bugs are still existing. We will take more time and the period between patches will be longer (7-10 days). We have some awesome guys in the community that will also help us testing the game.

Besides the long list of bugs that we have fixed (or tried to fix) we have added a Panel for your mechs which makes it easier to locate them. 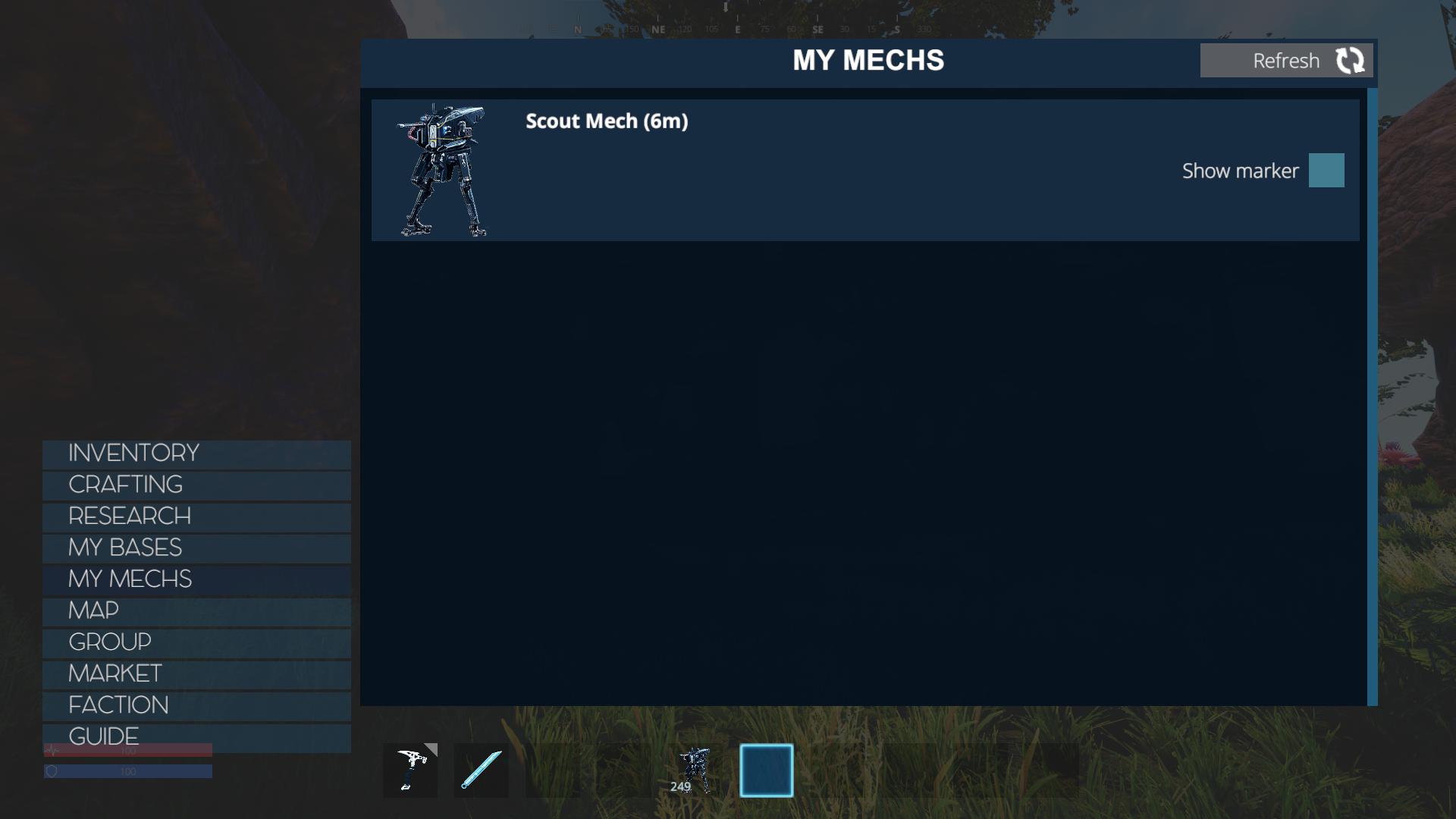 We also created some modern art while testing... 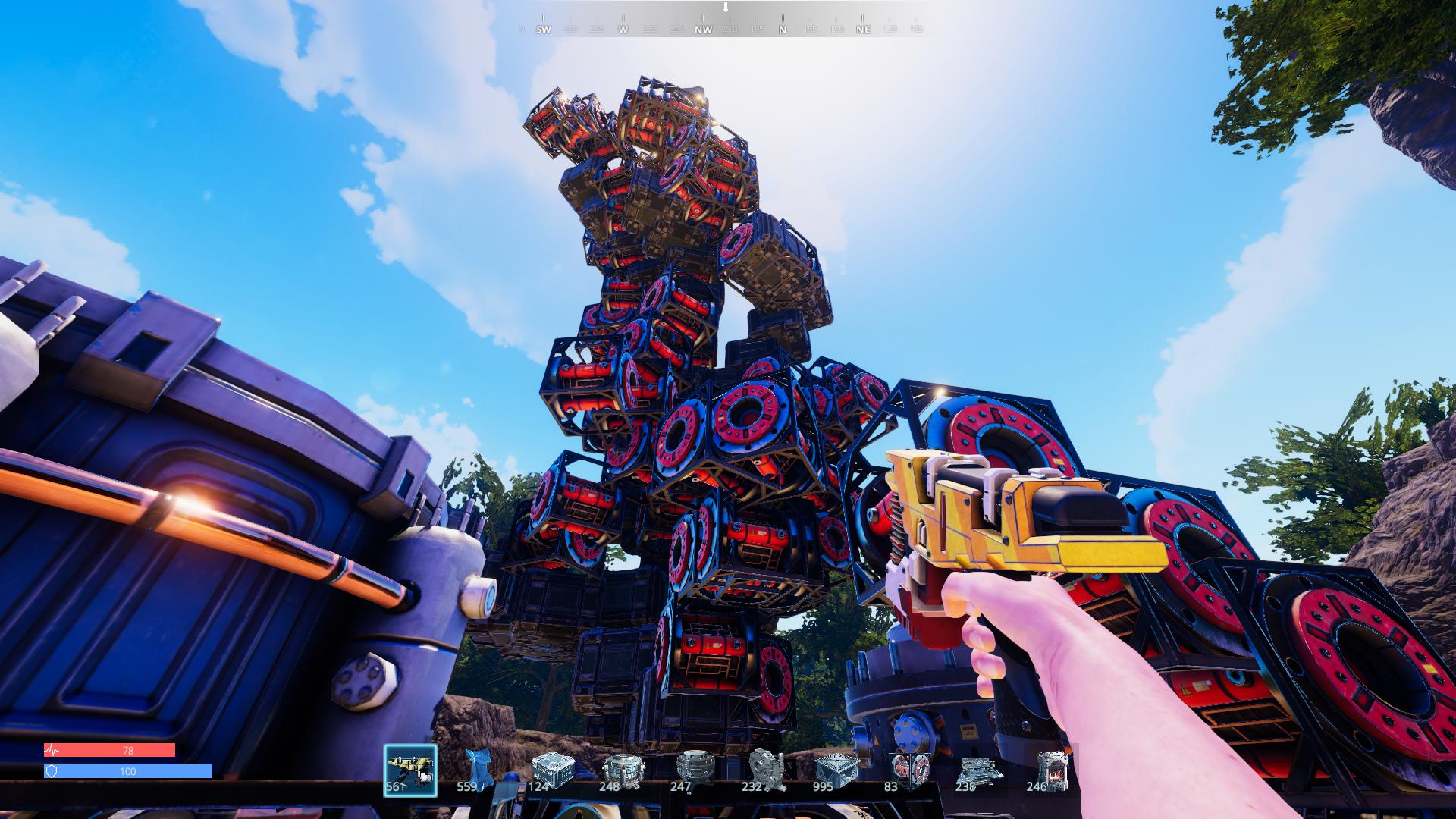 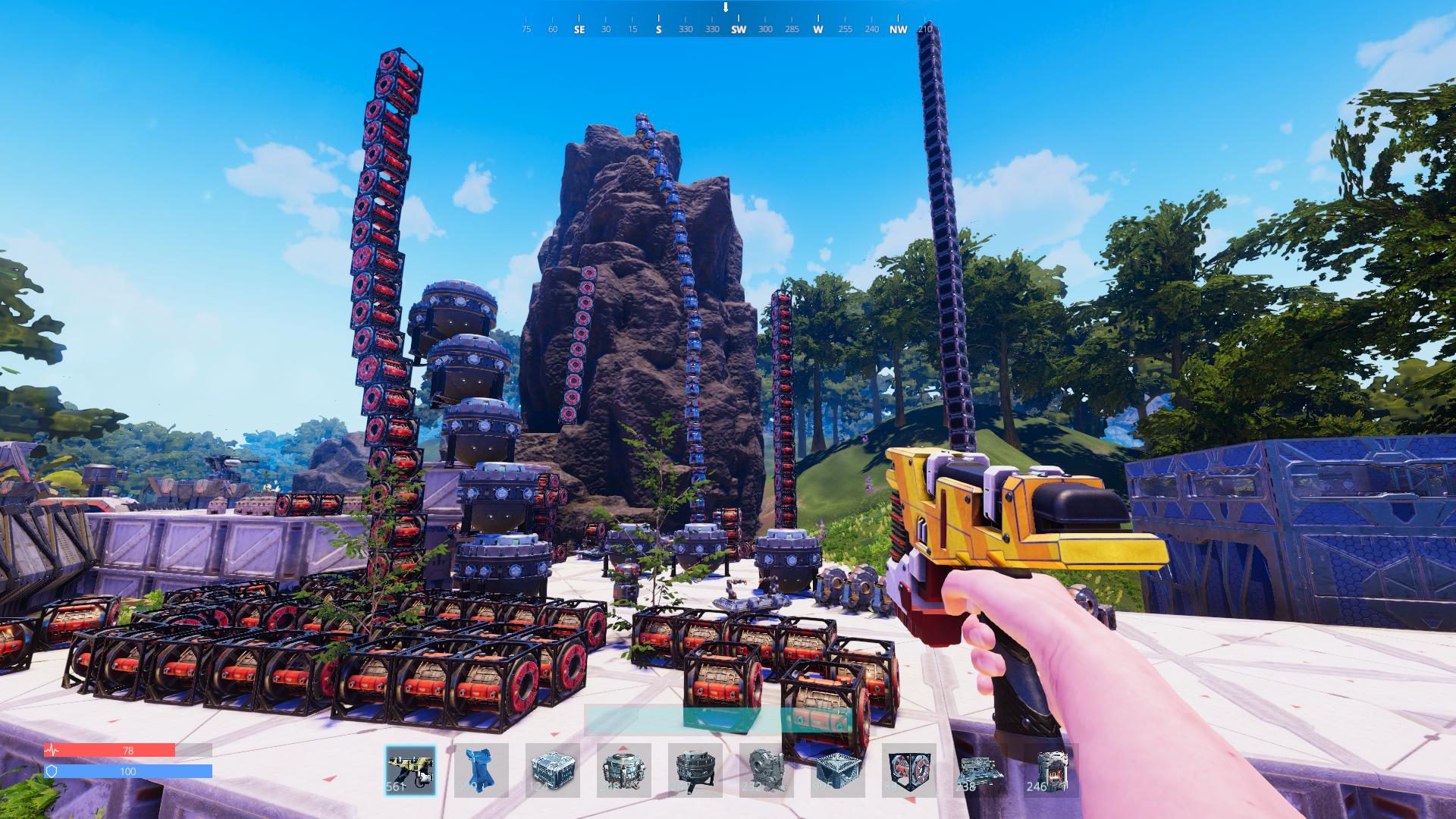 We fixed a lot of exploits. Unfortunately there are still one or two left. The black market was turned into a physical location and you have to travel to it if you want to buy anything. It could need a gardener though... 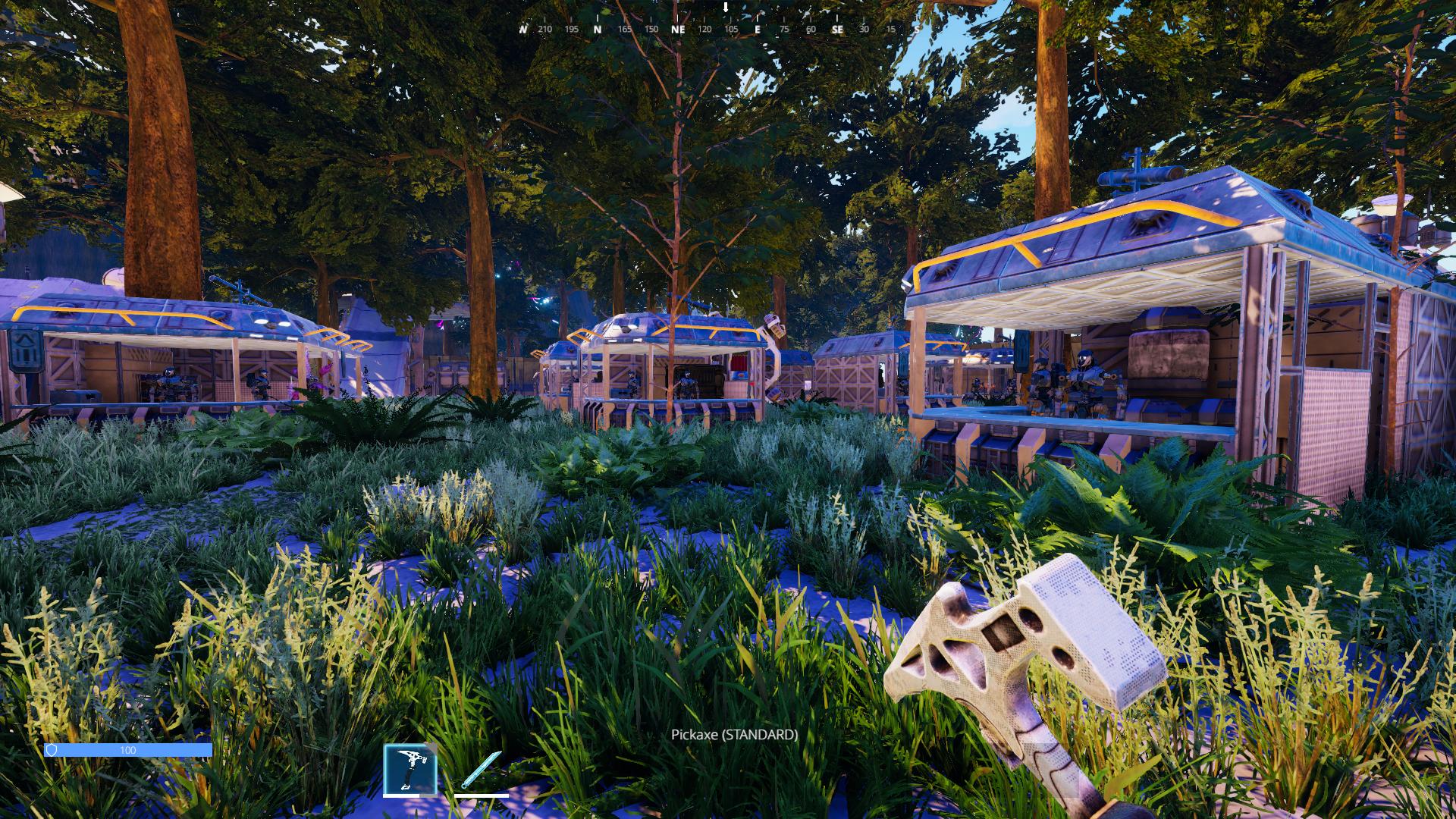 We have also worked a bit on the enviroment. But I really can´t wait to upgrade to Unity 2018 and make use of the new terrain system and the new Speedtree trees! 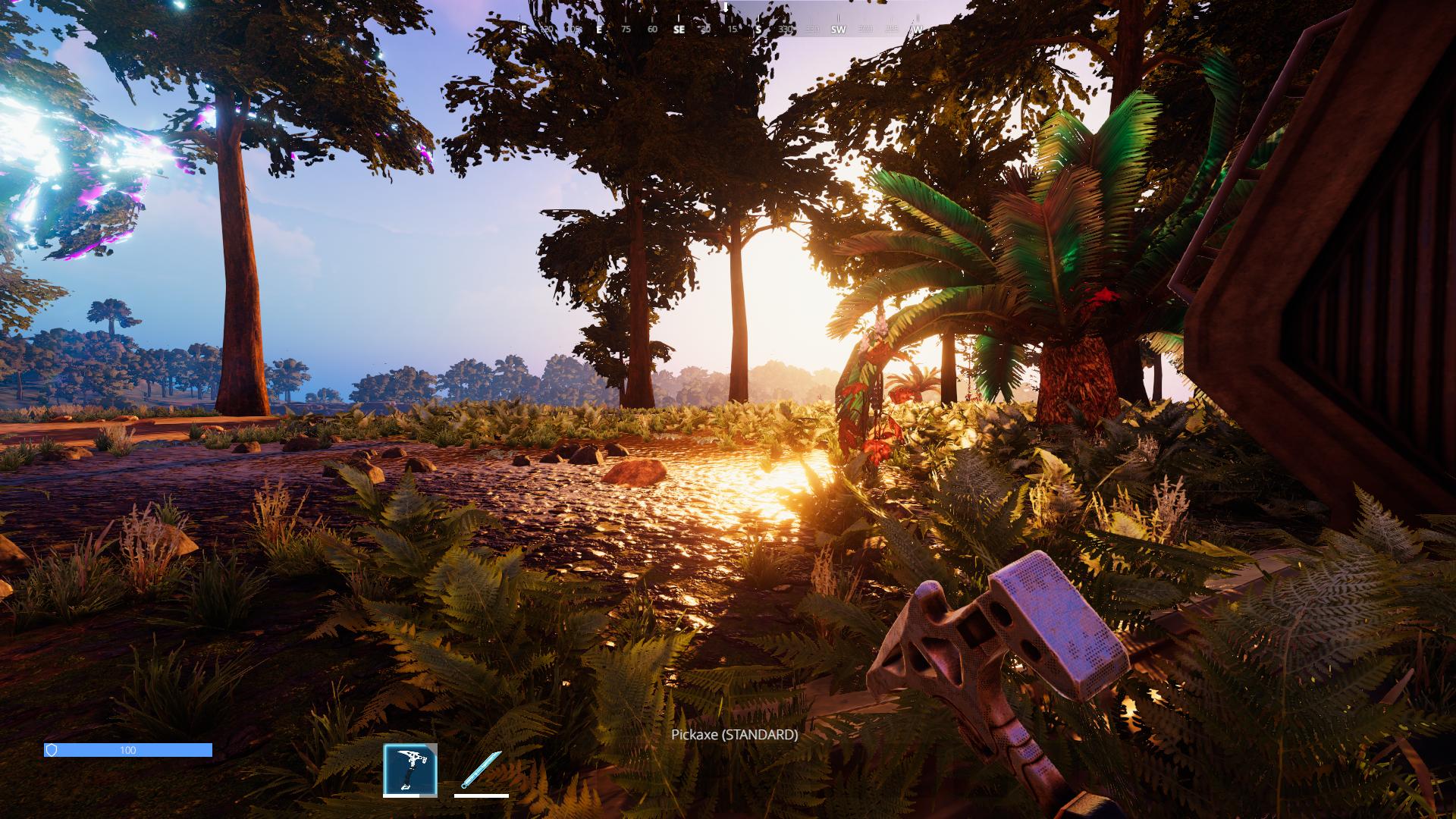 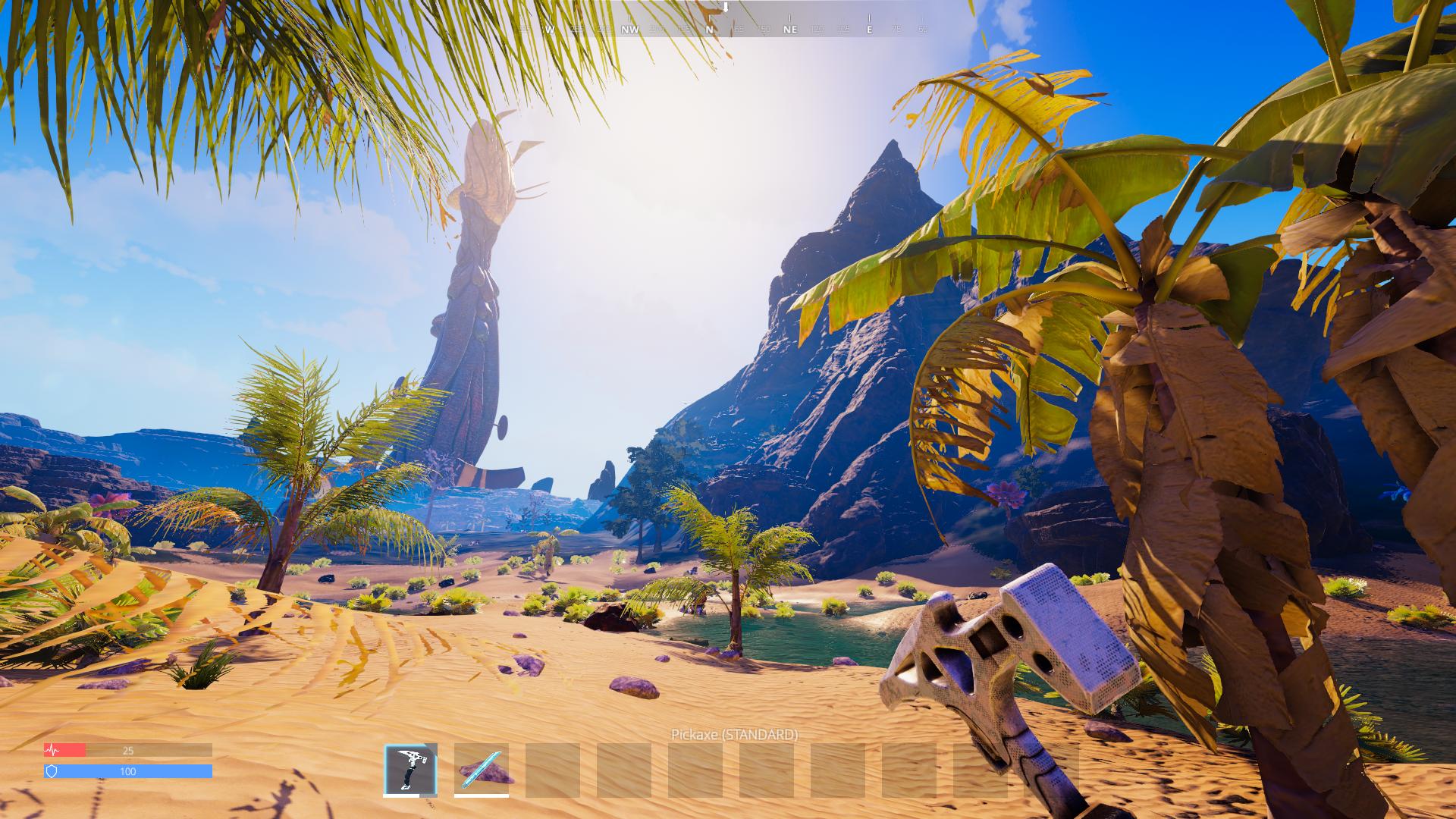 Detailed patch notes can be found on Steam and our Discord Channel :

I like to approach this type of game on my UfosGames channel, I'm sure to make this game live that seems to be very good, congratulations to the producers.

Is there any way i can get this game? I love the look of it and the concept. This is the exact game i like, open world, no time limit, building, Mechs, futuristic things, FPS, Action and more. I would love to know how to get this. - Vortexiin

Unfortunately there is no way to get the game at the moment. You´ll have to wait for the early access release.

Super excited about this game. Unfortunately, I didn't know about it until after the Kickstarters were over, but will definitely be on board for early access. keep up the great work!

Been playing this game off and on for about 2 weeks now. Was an early supporter on Kickstarter and I’m not gonna lie, I’m kicking myself for not pledging more money. Because quite frankly, I’d love to see my money used to help this project succeed. This is actually a project I’m excited for.

In any case, I’m super happy that I get to experience the alpha. The game has already Quickly becoming a good memory amongst Kickstarter backed games.

Keep up the good work guys!!!!