In Distant Space, An alien species, the Tono Gian, have been fighting their own A.I. creations to find resourceful planets. The A.I. project, Nightsithe, was originally designed to harvest other planets for their people but now have revolted against their masters. A Tono Gian ship crashed on the planet, Plemniba, a planet that once had a civilization, but has already taken by the Nightsithe. The only survivor of the ship goes by the name, Nelo. Nelo Hybrids Elements of retro arcade twin-stick shooters with elements of modern games. Nelo Main Weapon are four telekinetic controlled, mechanical Hand that allow Him to wield four conventional weapons at once and gives him the flexibility to fire in all direction. Nelo's alien suit gives him super speed and agility to combat the overwhelming swarms of the Nightsithe.

Hello! The first major update for Nelo’s Alpha is here! We’ve got lots of new things so let’s dig in! 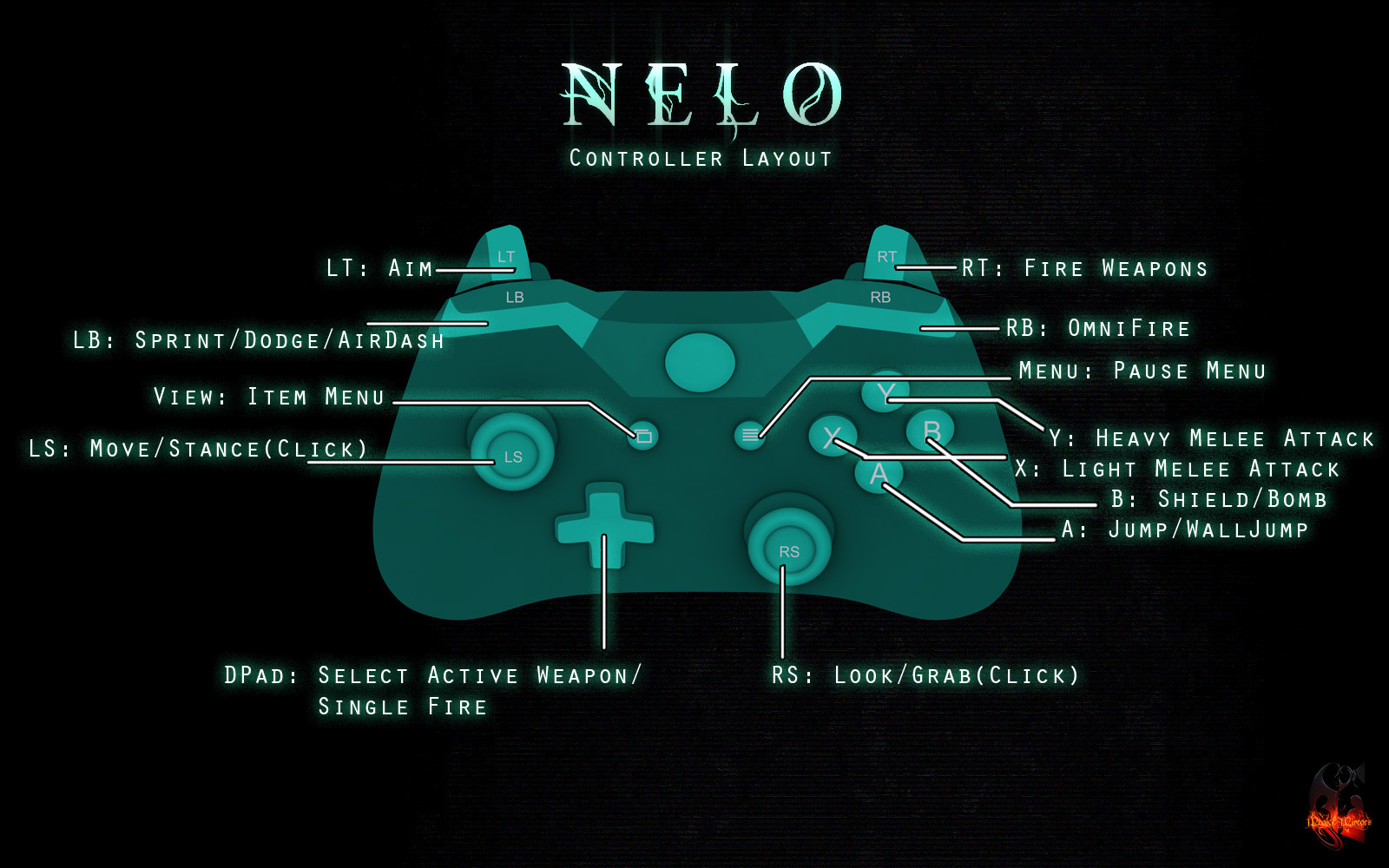 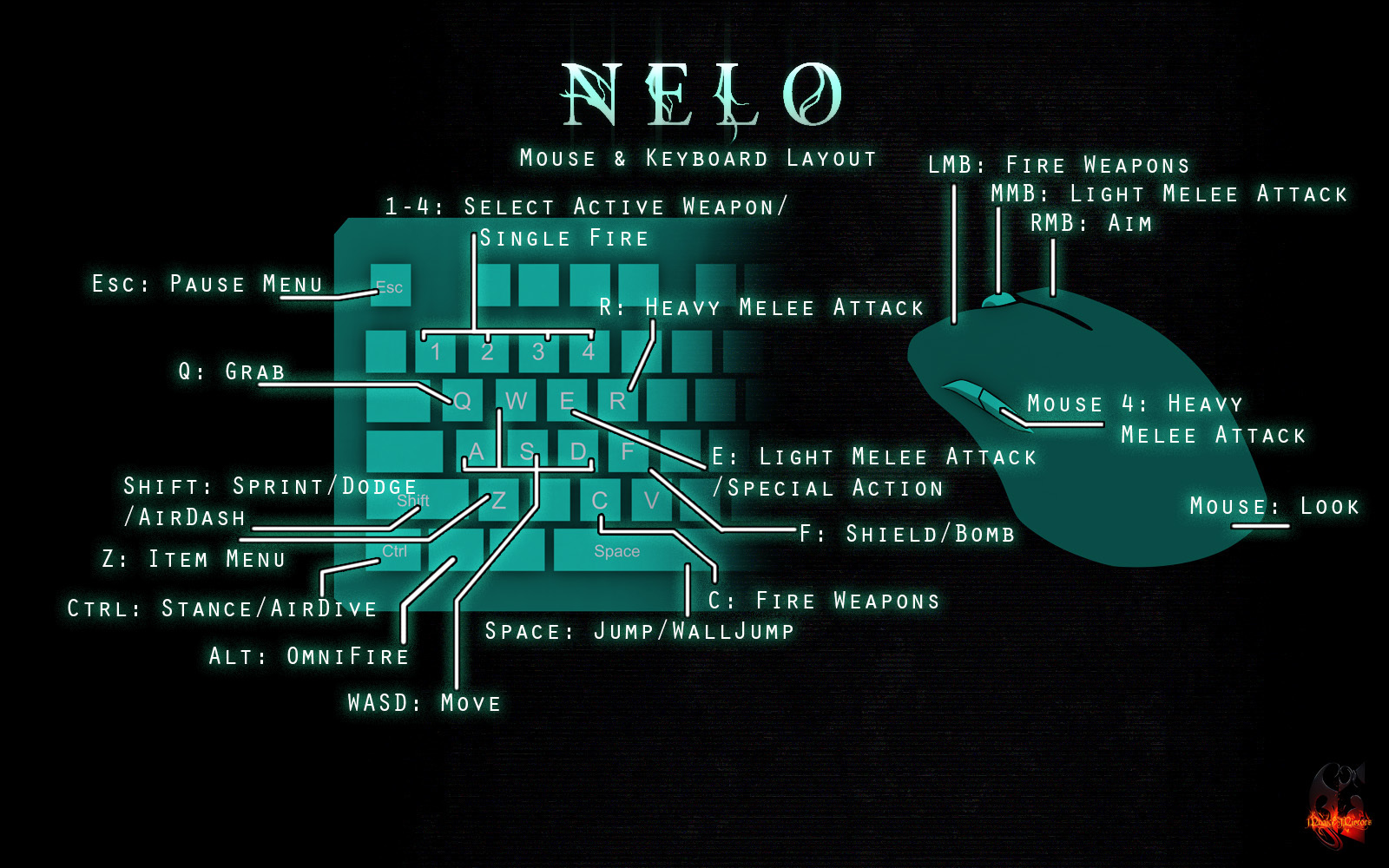 - Control Layout for Gamepad and Mouse and Keyboard have been reassigned.
- improved crouch responsiveness
- Soft jumping removed
- Crouching can be triggered when in sprint when at lower speeds like when running into a wall
- Air dash has controllable distances based on how long the dash button has been held.
- Air dash now uses the same counter as dodges
- Air dash, like ground dodges now have i-frames when triggered
- Air dashing can cancel melee attacks performed in the air, in exception of drop attacks.
- Dodging and Hyperblitz can now be performed while wallrunning.
- Player Gravity scale lowers when performing aim and some melee attacks when in the air.
- player will resume Hyperblitz when holding down the sprint button after landing. This also applies when initiating wallrunning.
- Aim can trigger Bullet Time when using Melee attacks and in OmniFire.
- Added ability to cycle through alternative firing formations in OmniFire.
- Stunbomb don't require holding down the 'bomb' button.
- Shield has timing feature that can extend shield lifespan. 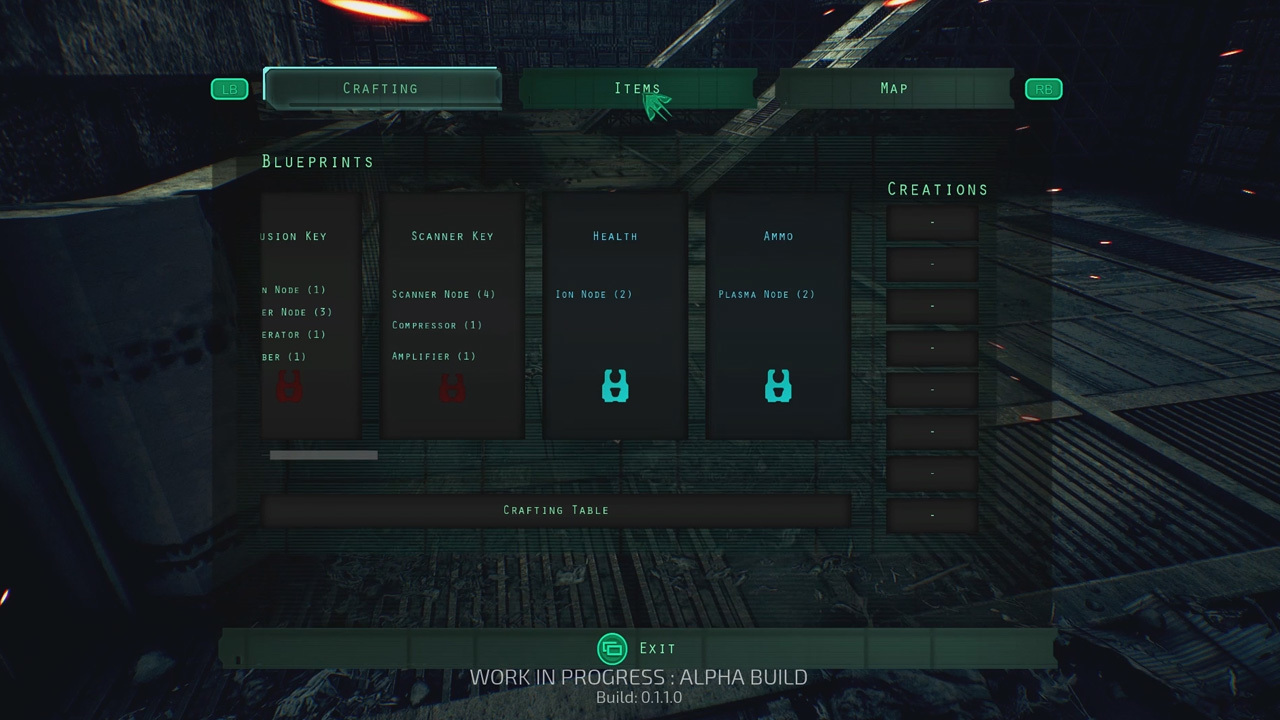 - Create Weapons, Power-ups, and Utilities using materials found in the world.
- Destructible objects will drop resources for Crafting.
- Scanner Nodes and Fusion Nodes are now a Crafting Resource. and Node Gates require a Key made from the Nodes.
- Crafting Resources can also be found in Platforming sections.
- Standard Weapon Lockers have been replaced with Resource Builders where you can trade credits and tokens earned from combat for Crafting Resources.
- Weapon Lockers needed for specific areas remain weapon lockers. They now however use a different mesh asset to distinguish from the Resource Builder 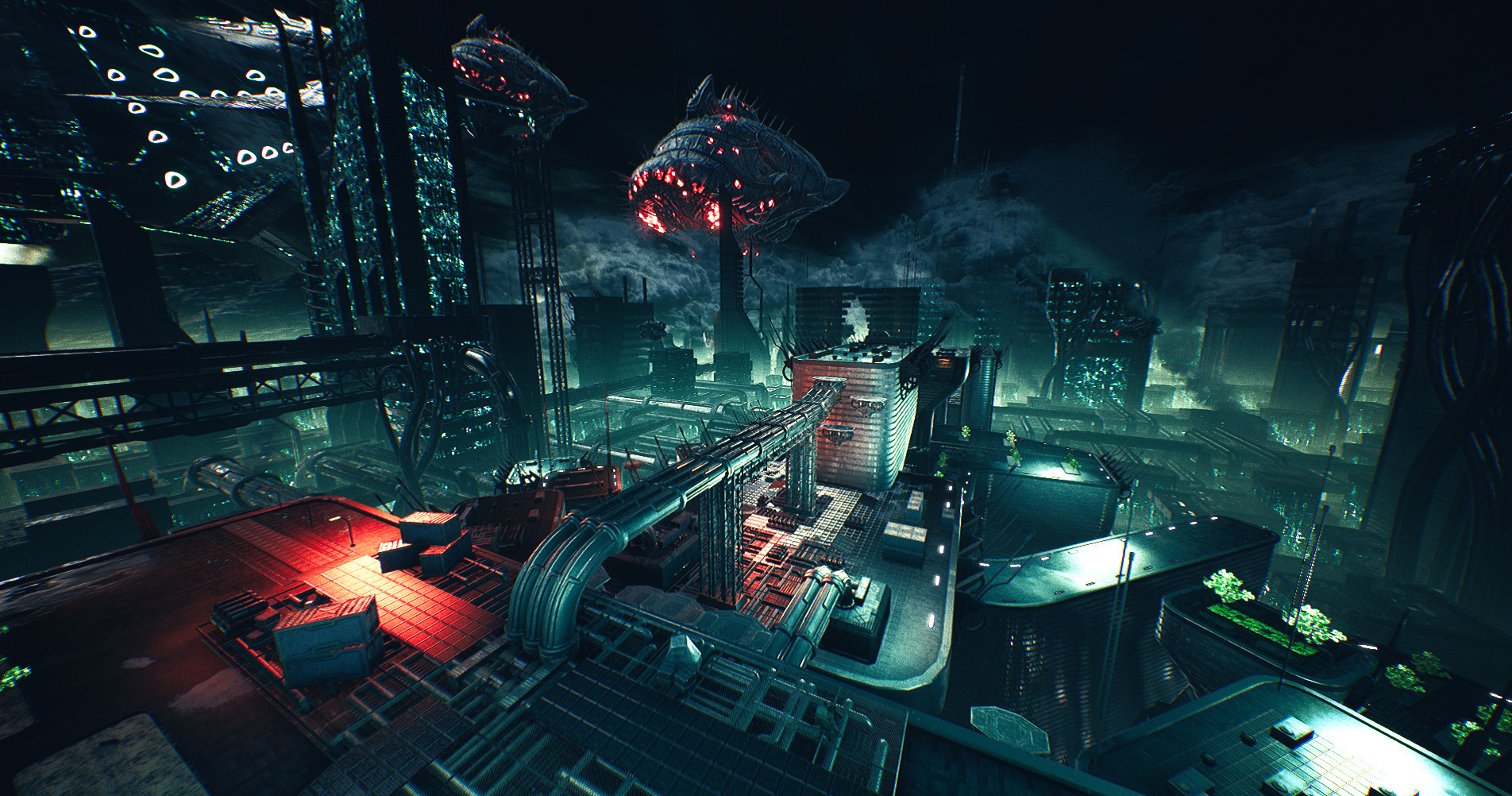 - Consolation is based on the Single Player Mission, Solace. 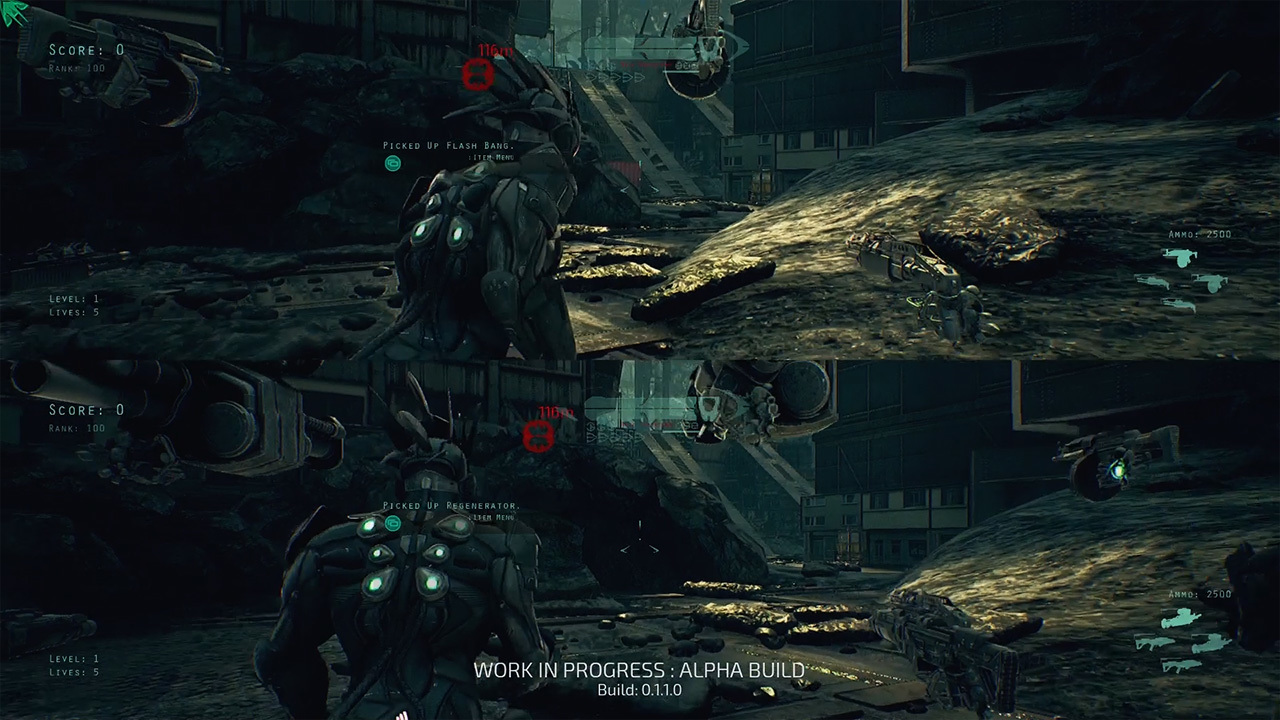 - Local 2 player splitscreen is now a feature in Endurance mode.
- As for this build, Mouse and Keyboard support isn't fully functional. You can try it but expect many problems if you do. We recommend plugging 2 gamepads into your PC. 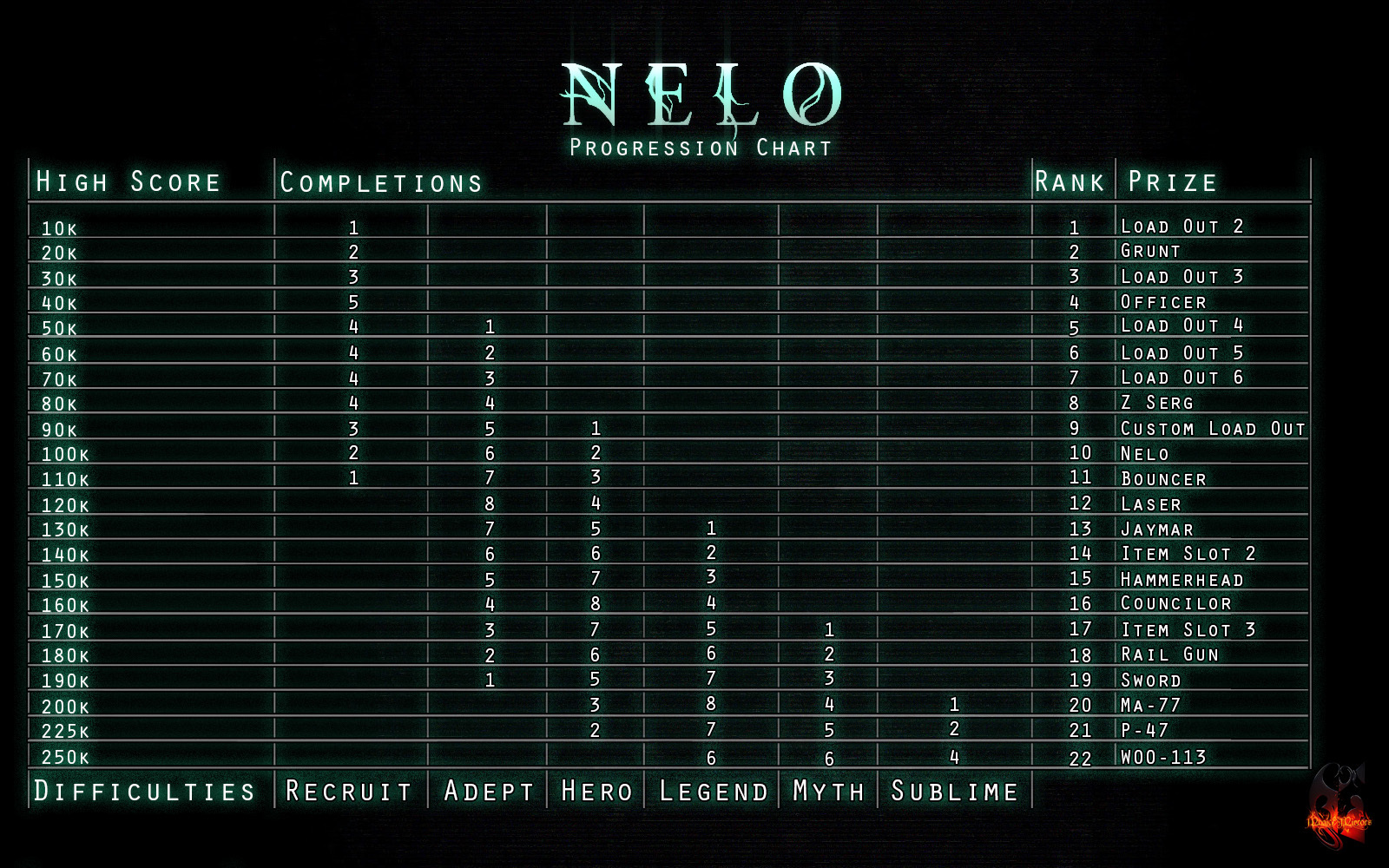 - Progression designed around highest scores and difficulties.
- Progression system chart can be accessed in the Profile Menu. 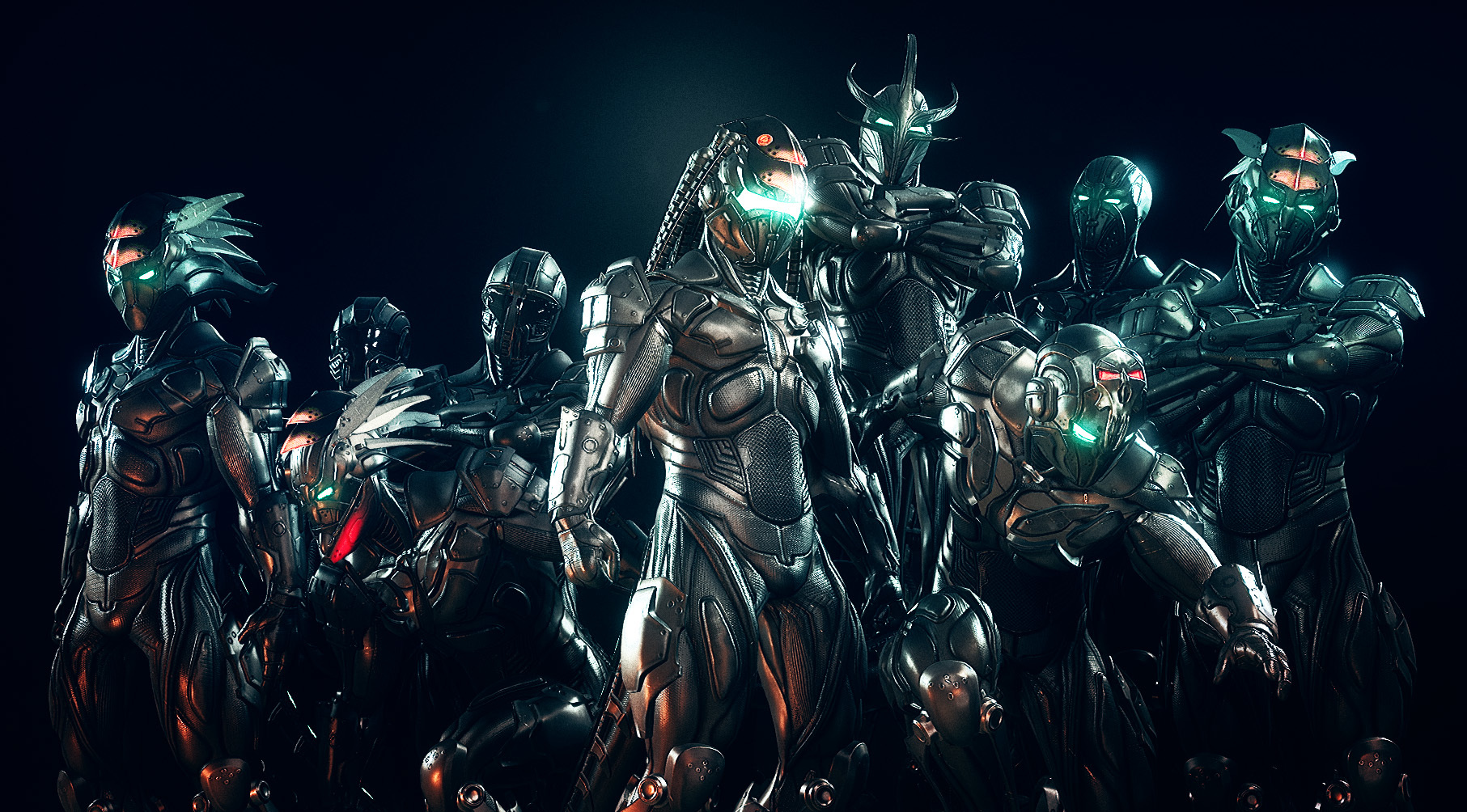 - Helmet cosmetics can be unlocked by progressing your rank in Endurance.
- Helmets can be worn in both singleplayer and endurance and can be swapped at any time without leaving a game. 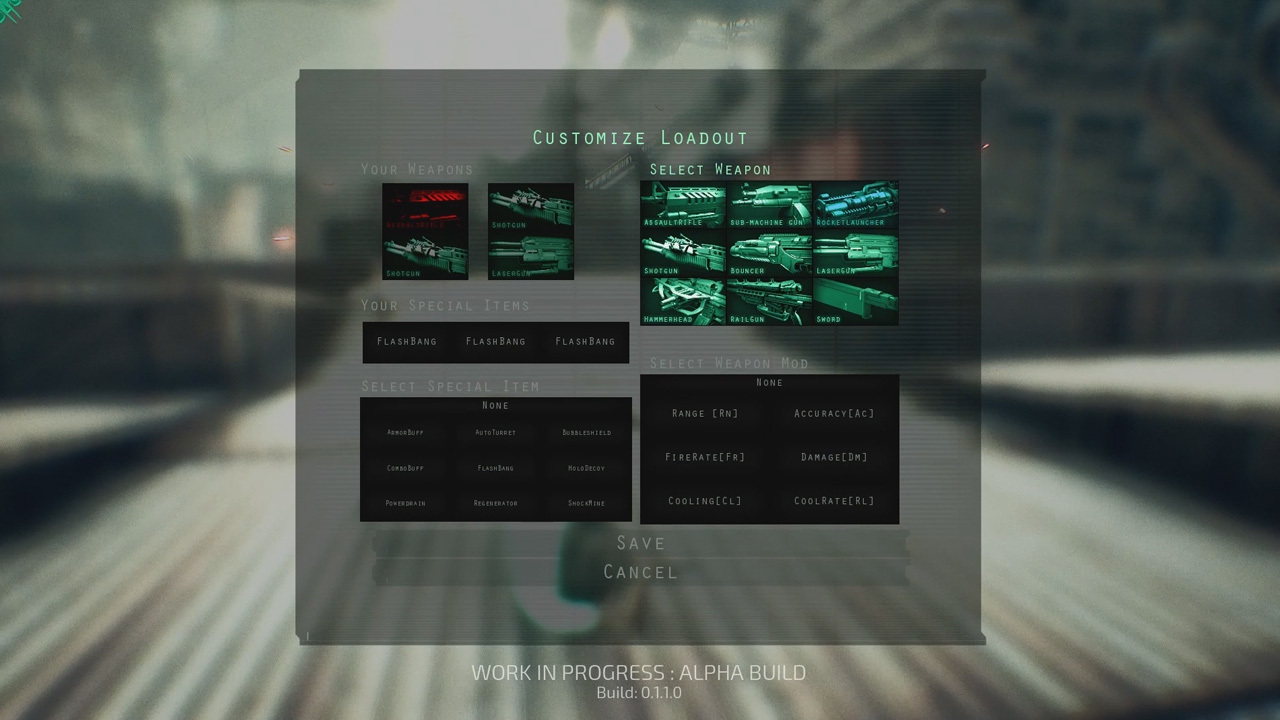 Improvements to Solace and Aurora's Sacrifice. 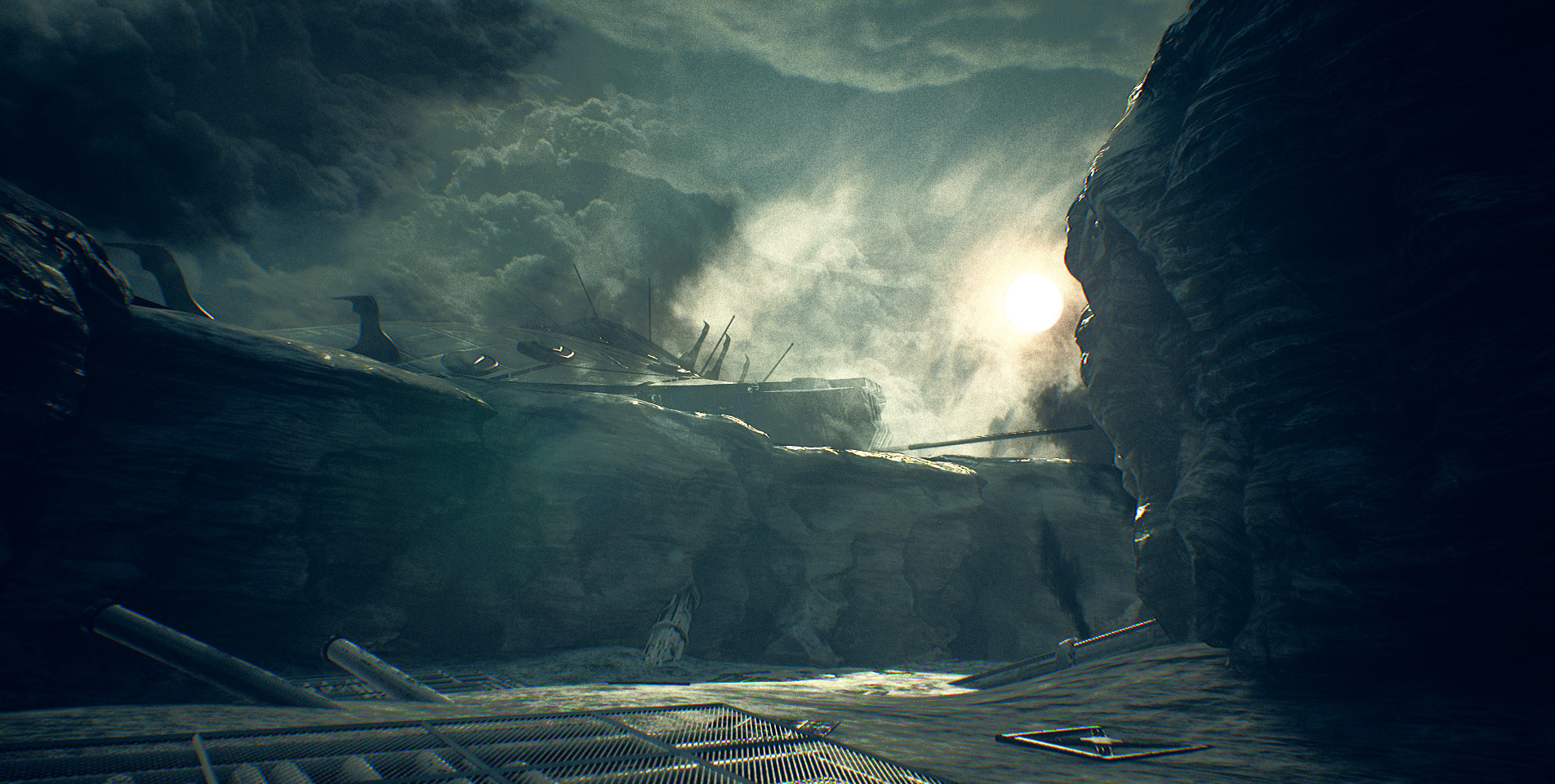 - Made Solace more first impression friendly.
- Added 'invisible walls' around the rooftops on Solace. We are usually against putting glass walls in front of spectacle set pieces but for being a first level, it's necessary.
- Solace has been brightened to be easier to see combat.
- New Lighting on Aurora's Sacrifice to be more visually interesting
- Aurora's Sacrifice utilizes level streaming now. Wings are now loaded behind level stream gates.
- Removed All Lava pits in Aurora's Sacrifice.

- Added Aim and OmniFire Tutorial prompts on Solace.
- Recreated scoreboard to display a nearly unlimited highscores. Highscores are displayed on scrollable cards and are color coded by difficulty.
- Prompt Next to technique meter notifying low technique has been added to the HUD to somewhat clarify discouraging repetitive gameplay strategies.
- Hud layout has been re-arranged a bit. Technique meter and Slow-mo meter have been moved above the crosshairs framing the health and stamina bars.
- Throwing enemies have been buffed. Throw velocity has been decreased to prevent overshooting, grab radius has been increased and enemy explosion damage has been increased.
- Field of view increases to 120 when in OmniFire.
- OmniFire world transparency shader has been modified. We replaced the Dither AA effect and replaced it with a fading grid pattern to reduce onscreen blurring.
-Motion Blur Amount has been decreased to of what was in previous builds. Motion blur is also only visible when in the third person shooting mode so it's disabled when in Omnifire and using Melee Attacks.
-Improved Ledge-climb when mounting onto moving objects.
-FMV cut-scenes are now formatted to H.264 instead of WMV. The clips in the Melee Help Menu however are still WMV.
- FMVs now play audio through FMOD.
- UE4's default audio engine has been completely disabled. The game's audio is now handled entirely in FMOD
- Endurance Announcer Cues have been remade.
- Fixed Endurance exploitation. Holding Territories will not increase your level multiplier if you don't fight enemies.
- Added Destructible Set Dressing Boulders on the Moon level to obtain resources.
- Gamepad Help menu Mouse and Keyboard Help menu and Hud Help menu have been updated to the new changes.
- Elevator Scene on Solace has been modified. Camera shake effect has been decreased and we added windows with panning lights to enforce the sensation of being in an elevator.
- Fixed Lift to Hyper Cannon on White Blazar to be ready immediately after repairing the fusion reactor.
- Enlarged Dodge Icons and brightened their penalize blinks to be more visible.
- Level streaming gates no longer trigger from weapon fire. Level streaming gate only accept overlap from the Nelo player character class for triggering.
- Added disclaimer in rally point selection stating that rally points only work on missions and difficulties you have already completed.
- Further improvements added to the Patrol Dropships. Patrol Dropships will return multiple factions of scouts to the actor pool to prevent broken wave generators.
- Aim/Omni Context widget removed
- Crosshair size reduced.
- Material effect added to player model when using shield along with existing effects. The primary shield effects hide when aiming allowing the material effect to show the player in shielded.
- Added destroyed mesh for destructible truck asset.
- destructible world assets are no longer hazardous.
- Dodge penalty now ends on 3rd dodge recover instead of 4th
- Taking damage while in Nova or Quasar buff affects combos again, utilizing shield extension should make up for this.
- Fixed buttons losing focus in Singleplayer Chapter Select Menu.

We will be adding more fixes soon. Please remember to report bugs on the Steam forum so we can eliminate them. The more detail you describe them with, the easier it is for us to hunt them down on our end.

We also strongly advise you verify integrity of the files after the update is finished downloading.

Nelo now has a Kickstarter, a Greenlight, and a Playable Pre-Alpha Demo. And they are all Live!

We have a New Trailer and Gameplay Footage for Nelo! We'll be Launching a Kickstarter after the holidays! And so much More!

It's been a few months since we've posted news on IndieDB. Here's what's up.

Hello everyone, this is Kevin Bryant of Magic and Mirrors and I would like to show you our progress we made for our game, Nelo.

This Demo is made for the Promotion for Nelo's Kickstarter Campaign. Get your feet wet in Nelo's core combat with the included Endurance Mode. This demo...

fantastic and the soundtrack is epic too! looking forward for final :)

Are you guys adding wallrunning? (instead of triple wall jump lol) Because i think this would really fit in with the fast pace action. I mean there's a pic of a hero shooting off the wall, so...
Also, i do feel like the fighting space is a bit limited.
Other then that, shut up and take my money.

hope that the system requirements wont fry my laptop

I REALLY want to play this. Been following this game for a while. I actually just made a Moddb account so I could see the progress. When do you think you'd have an idea on release date and such? I'd totally pay real money to get an Early Access copy, this is so badass

Thanks a lot! We don't have a release date yet. But we want to see where we are some time in 2016 before we consider a release date.

For some reason Moddb doesn't like to let me delete my account, so here is my new one with my proper credentials for Steam and other things

It looks really great. Keep it up!!

This looks great, keep up the good work :D