Invasion Machine is a blend of a sandbox manager and RTS. Your goal is to command troops in an occupied province, in an effort of bringing back peace and order. Kill your enemies, help the civilian population, preserve the resources and the lives of your own soldiers.

What led to our recent occupation of this land is still at the center of a heated political debate.

What followed the invasion, was the worst scenario we may ever have imagined - we hoped we’d be able to instill better leadership and let this country rebuild itself. But that’s not what happened. Our toppling of the local government created a power vacuum in the area - which is now quickly leading to an unprecedented rise of new powers - the drug lords, locally known as Guerillas. If we don’t stop this transformation, this entire country is gonna explode. We were not preparing for this, and it seems it’s the last moment when we can still turn things around.

You, as the Commander of this Peace Force are tasked with restoring order and preparing ground for a new, legitimate government.

If we’re to ever leave this land, we must first win over the hearts and minds of the local population. The locals think we’ve ruined their lives and frankly - most of them hates us. In order to win their trust - we must do our best to push out the criminal element, neutralize the remaining opposition and offer humanitarian help to them.

Politicians run wars, and politicians only care about one thing - getting re-elected. In other words - your real job as the Commander is to make this war look good to the folks back home. Don’t get your soldiers killed, don’t lose too much equipment, and most importantly - don’t let the press see anything that would contradict the official story. And the official story? It’s obviously that we’re winning.

Divided into 8 chapters. The game takes you through the entire story of the invasion, starting right after the main battle of the war ends. At the beginning you are given just a handful of troops and old, derelict equipment. Unarmored, soft-shell transporters on the frontline? Check. Woodland camo in a desert country? Check. The army wasn’t really prepared for a long invasion, and yours is just one of many missions in this conflict. So if you want better resources - you’re gonna have to prove to your superiors that you’re worth them. The campaign ends once you manage to secure your province and hold elections. When a new government can be trusted with taking the country over, we get to go home.

Want to have a soldier named after you? Join the newsletter: Newsletter Signup

Troops in Contact - how combat works in Invasion Machine

Unlike most other RTS titles, Invasion Machine doesn't promote using your units as cannon fodder. As bullets start to fly, even a single well placed shot can take your troop out of the fight.

You, as the commander, are tasked with preserving both the lives of the local population, as well as the lives of your own troops. In every engagement you need to think about being effective, while at the same time minimizing the risk to your own men. This means not going into fights where the enemy has an overwhelming tactical advantage, and using any tactical and material advantages of your own.

Remember - nobody gets left behind. If one of your soldiers gets wounded, your top priority becomes casevacing him from the AO, preferrably in time for the medics to save him. 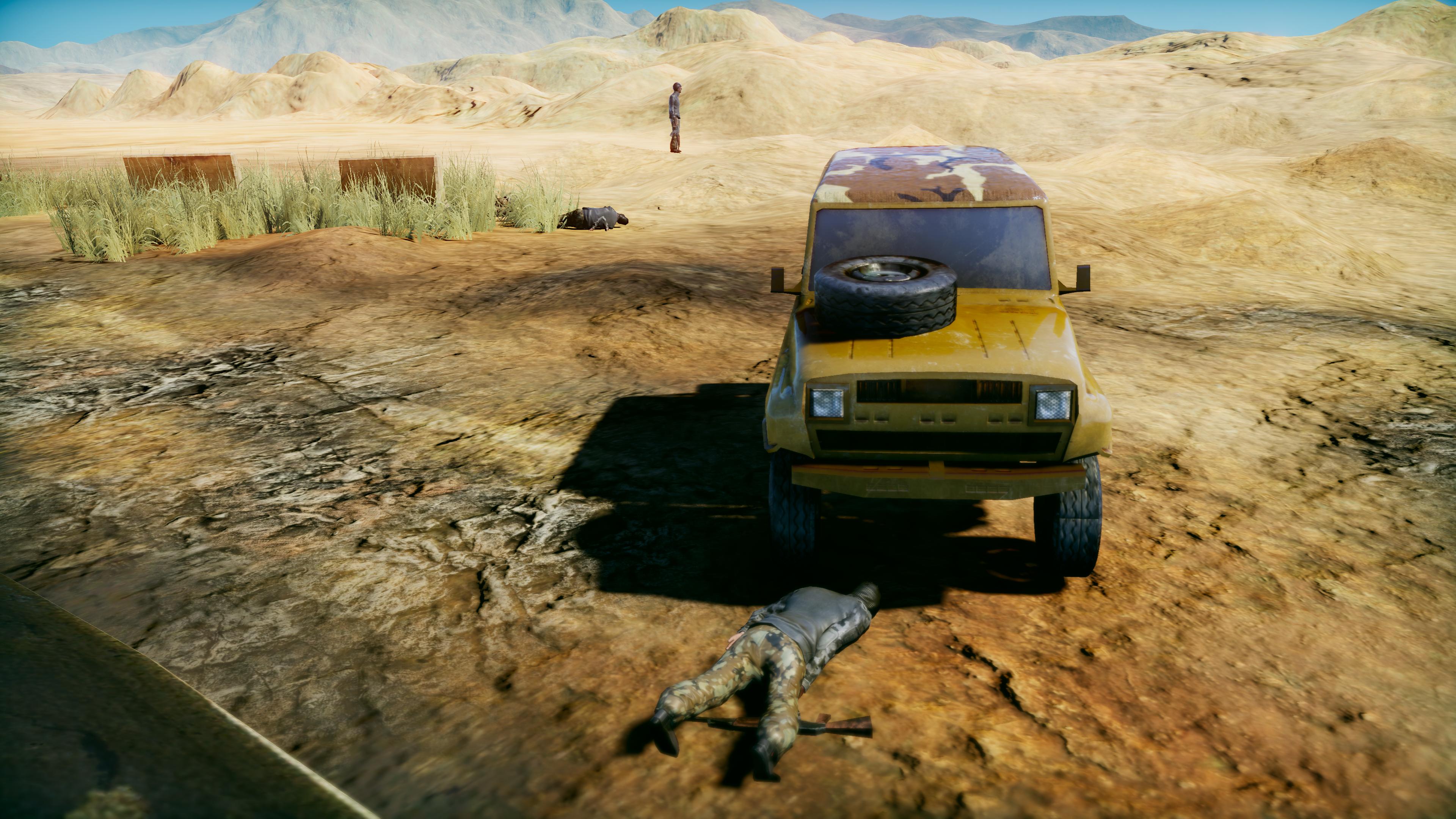 In most cases, a unit that gets hit will become wounded, and will start quickly bleeding out. You have a chance of saving it, but only if there's medical personnel nearby. 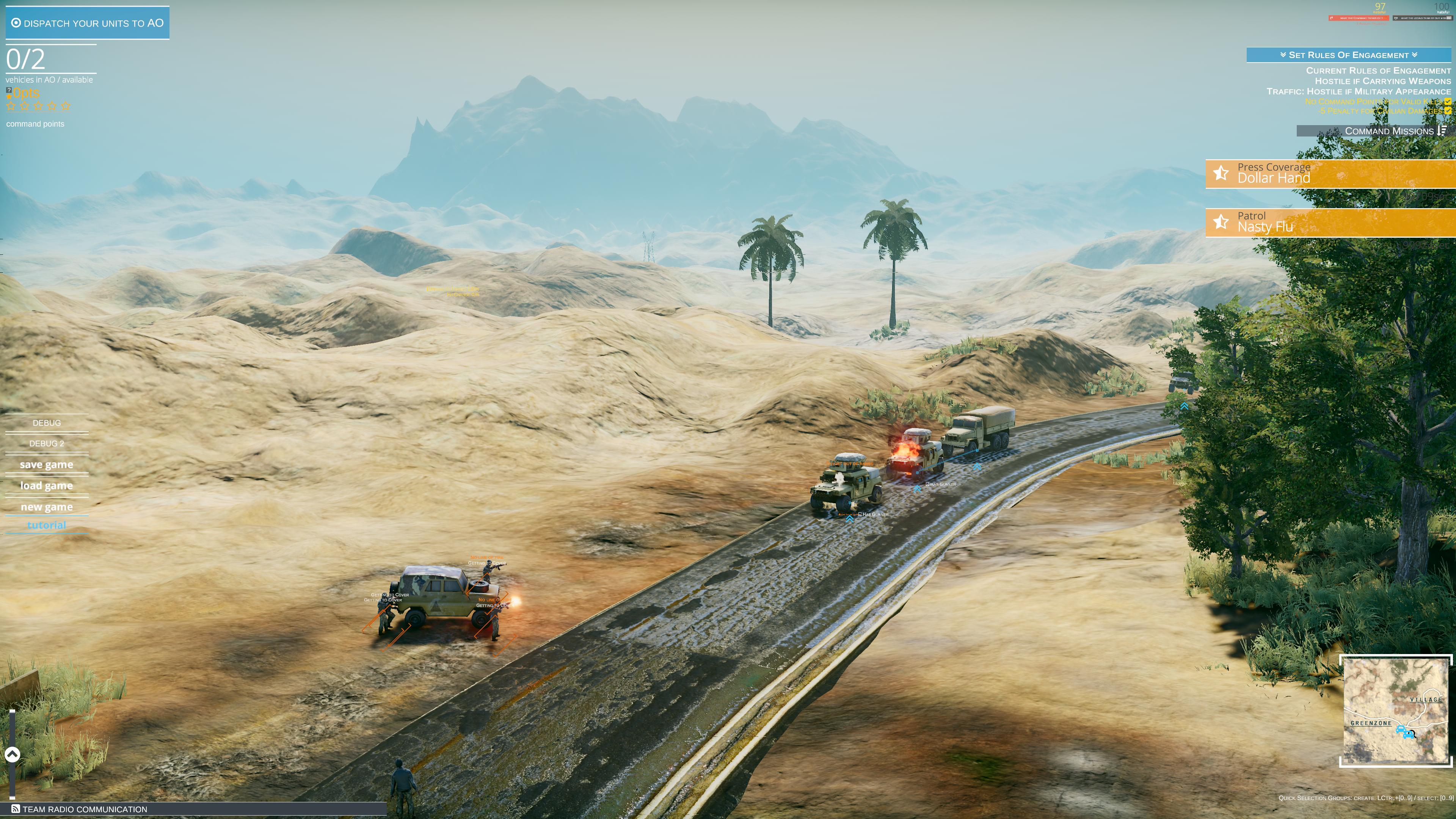 While the game is still in development, many of the things I mentioned here gets discussed (or changed) on the Discord server. If you'd like to know more, join here: Invasion Machine Discord

Steam store page is now available, and you can wishlist the game

And from now on, you can go directly to the Steam store page and wishlist: Store.steampowered.com

If you'd like to know more about this game, feel free to take a look at the