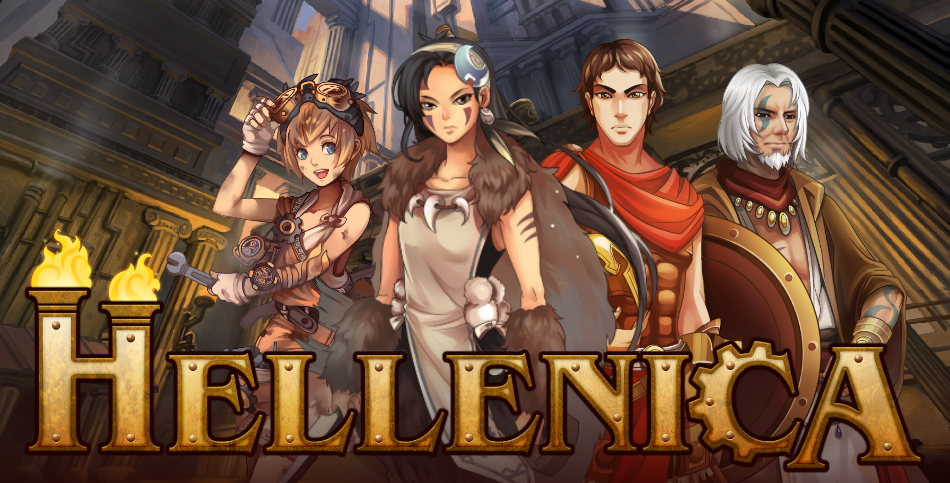 In this turn-based tactics RPG, you’ll rewrite the history of an ancient Greece transformed by an industrial revolution. Customize your party's skills and navigate a labyrinthine storyline where your choices affect the path you take, the battles you fight, and the allies you meet along the way.

Thanks for voting and helping Hellenica on it's quest to become the 2021 Indie of the Year. You are now in with a chance to score some free games. Help this game secure more votes by embedding the widget (or link) we have included below on your favorite sites.

Hellenica launches in just three days! Tell your friends on Twitter and wishlist the game on Steam!

Scylax is an expert swordsman traveling the world on a quest to find the True Fire. 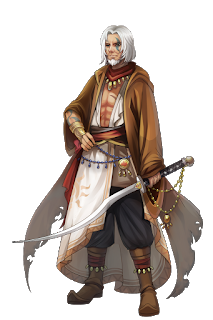 His adventures have brought him experience, wisdom, and even a powerful weapon, but if you've ever played any role-playing games, you already knew that.

All of Scylax's skills, including his basic sword attack, deal Magic damage, which is doubly effective against Heavy defense types.

In addition to his sword, he also controls powerful fire magic thanks to his training as a Magian. Cauterize is a starting skill that can be used to damage an enemy or heal an ally at range.

Anytime Scylax uses one of his skills he gains a level of Intensity, his passive skill. These are represented by tiny flames hovering around him.

Once he reaches level three, his flames will turn blue, and his next skill will be empowered. An empowered skill is much stronger than the normal version, often dealing more damage, affecting a larger area, or even having a new unique effect.

An empowered cauterize, for example, has its damage and healing scaled up two-fold, and it affects an area instead of a single target!

There are few things sweeter than a 5-target blue cauterize.

Alright, so last time we introduced Scylax, one of Hellenica's magic users. (Check out Part 1!) Today I'll tease a couple of his other skills, starting with Fire Wave.

Fire Wave is great for close quarters, especially when you can group up some enemies using your other party members' pushes and tosses.

Once Scylax has powered up his Intensity, Fire Wave becomes even more powerful.

The empowered version of Fire Wave shoots out a line of flames in four directions, dealing a massive amount of damage if you're able to position Scylax just right.

The next skill, and some of our testers' personal favorites, is called Fire Blast.

Fire Blast combines Scylax's affinity for area damage with the joys of tossing characters. Also, he can use it on himself or party members for a classical take on the rocket jump:

When empowered, Fire Blast deals more damage and launches targets even farther, which can be very useful on boats and other tight levels with a lot of verticality.

Just be careful you don't knock your own party members off the edge!

Whew! That's the core party, but there are plenty more allies to meet during your adventures that will join you in combat as well. If you're excited about Hellenica, please help spread the word about Hellenica's launch! Here's our launch trailer for easy linking:

Hellenica launches in ten days! Check out Brasidas, one of the party members you'll meet in your quest to save Greece.

This week we introduce Nephele, the theomechanist. As a temple priestess for Apollo, Nephele's in charge of maintaining the steam contraptions that draw...

Hellenica's dev does a deep dive into the new mechanics that set it apart from others in the Tactics/Strategy RPG genre!

We're introducing the characters of Hellenica leading up to launch on January 23rd. Check out Diona, the Arktos!

Love the look of this.