"Elmarion: Dragon Time" is an indie RPG game, the main character of which is the dragon! The player will find many adventures and tasks, controlling not a human character, as in most RPGs, but a flying fire-breathing dragon. The main features of the game: 1) Dragon simulator. You can fly, firebreath, set fire to buildings, burn people or help people (by completing quests, or protecting them from enemies). 2) Skill up the dragon. As in other RPGs, the main character (dragon) can grow up, gaining experience, levels and new opportunities. 3) Participation in epic mass battles (with people, undead, other dragons). 4) A large open world, divided into several large locations. 5) Urban development. Human cities develop independently: peasants obtain resources, new buildings and troops are being built. From time to time, people gather troops and hike to other settlements. 6) Karma. The dragon can participate in the life of every city. 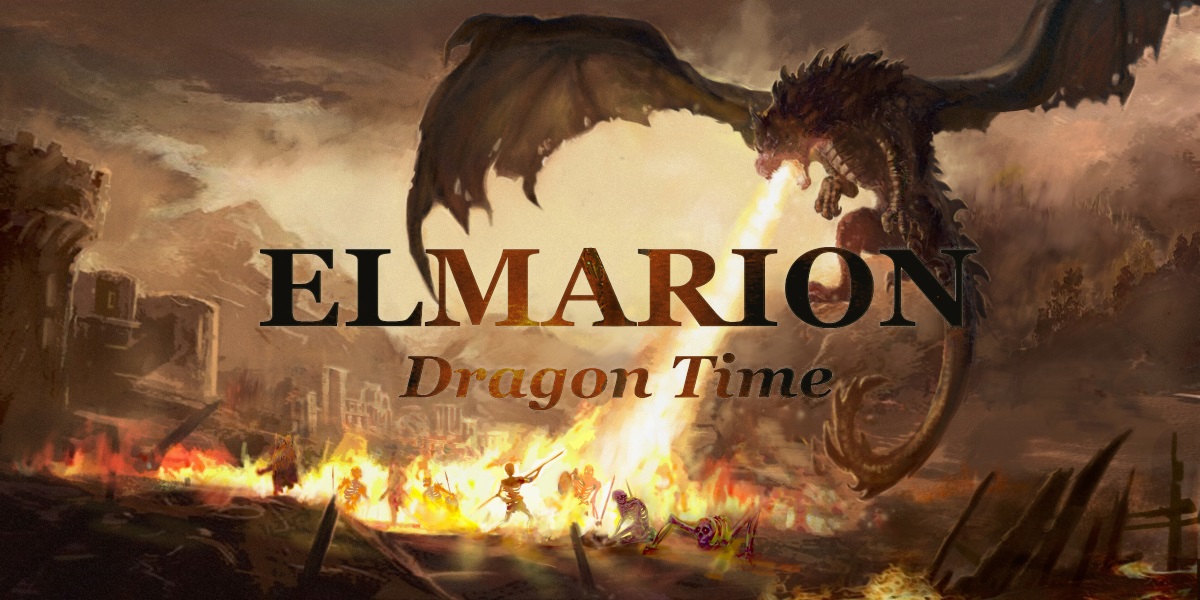 "Elmarion: Dragon time" is an RPG game, the main character of which is the dragon! The player will find many adventures and tasks, controlling not a human character, as in most RPGs, but a flying fire-breathing dragon. Aim of the game: to repel the invasion of the undead.

"Elmarion: Dragon time" was released on March 12. Since then there have been several updates. What has the game become now?

You can look yourself here: Elmarion on Steam

1. It's a DRAGON rpg. You can fly as a dragon and burn out enemies.

2. There are 14 big locations to explore.

3. You can skill up your dragon. There are a lot of parameters and skills.

4. Inventory and equipment system. You can find unique items and set them on the dragon!

5. There is a scenario and different quests (not only kill and find): you will fire enemies, help humans, protect or destroy human towns.

6. There are a lot of different enemies 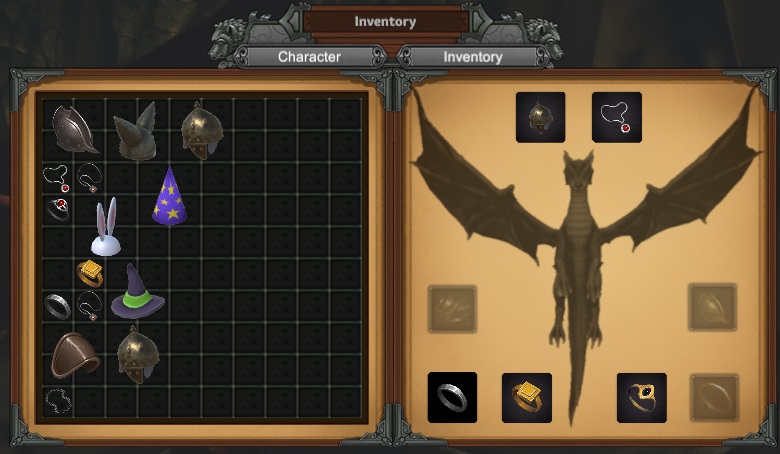 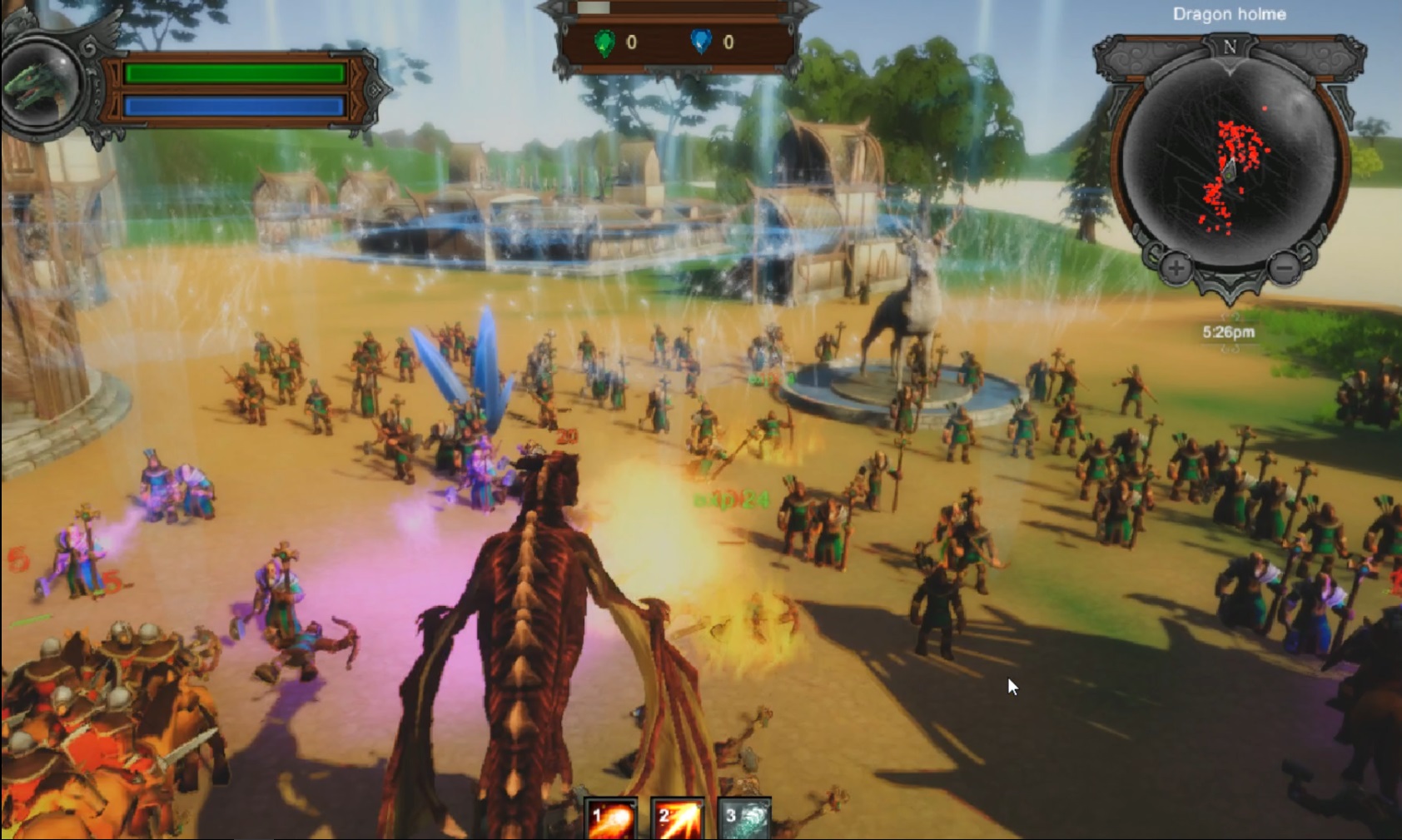 20% game discount announced this and next week!

Elmarion: Dragon time - is RPG where a Dragon is a main hero! Free demo and gameplay trailer are available now. Early access March 12.

I am glad to introduce you my first Unity game about dragons – “Elmarion: Dragon Time”.

I wrote a Steam Discussion for Elmarion: Dragon Time...

I hope this is insightful to some degree. This game is cool, thanks for creating it.

Hi Leonid!
Wasn't able to reach out to you on other platforms so hope you could see this here!

Please allow me to introduce myself, my name is Anthony and am currently in my final year of a Master's in Management degree specializing in Entrepreneurship. Being passionate about the gaming industry I chose to explore it and build something that hopefully will be of service to it.

Our solution is a specialized early access platform for video games. A platform that will focus solely on early access games giving the developer and the community all the tools necessary to take the game to the next level. The reasons for this are many but the most important one is trying to bridge the gap between developers and gamers, a gap that is at the core of slowing or sometimes canceling the full release of new awesome games that gamers can connect with. We feel and believe that this is what’s missing in an industry that is on the edge of creativity and innovation.
But, before launching it, we would like to partner with select indie games to prepare for it and to potentially allow these games to generate some extra funds with many more benefits!
I have noticed that you recently released on Steam "Elmarion" and this is why I am reaching out to you.

Our vision is to create a fun, engaging and indie friendly platform unlike Steam.
We are only here to bring extra value for you and your community.
Benefits of being on our platform:
Get Extra Funds
Reduce Market and execution risks
Build and reinforce your community
Visibility (marketing for your game)
Contribute to the development of the gaming community

I'll be more than happy -if you're interested of course- to discuss this further with you!

Here is my LinkedIn profile: Linkedin.com and our landing page Bit.ly that presents the project before the launch of the platform.
Looking forward to hearing from you and stay safe.
Anthony

Hi, Anthony! Thank you for interest to my game ) I've visited your landing page and left my email (fleo1987@mail.ru) there.
I'll be glad to present my game on your platform. And I'm ready to discuss this further with you.
Leonid.

Happy to have you on board! I will send you an email soon to discuss this further.
Wishing all the best for your game.
Anthony