"Elmarion: Dragon Time" is an indie RPG game, the main character of which is the dragon! The player will find many adventures and tasks, controlling not a human character, as in most RPGs, but a flying fire-breathing dragon. The main features of the game: 1) Dragon simulator. You can fly, firebreath, set fire to buildings, burn people or help people (by completing quests, or protecting them from enemies). 2) Skill up the dragon. As in other RPGs, the main character (dragon) can grow up, gaining experience, levels and new opportunities. 3) Participation in epic mass battles (with people, undead, other dragons). 4) A large open world, divided into several large locations. 5) Urban development. Human cities develop independently: peasants obtain resources, new buildings and troops are being built. From time to time, people gather troops and hike to other settlements. 6) Karma. The dragon can participate in the life of every city.

Elmarion: Dragon time - is RPG where a Dragon is a main hero! Free demo and gameplay trailer are available now. Early access March 12. 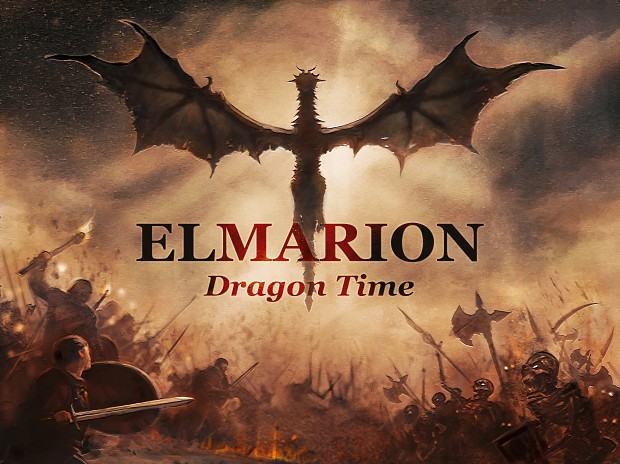 "Elmarion: Dragon time" is a dragon game. One of the ideas of the game is to let the player feel the power and strength of these great creatures, who most often in the games act as some kind of evil bosses. In the role of a dragon, a player will be able to burn large enemy troops and entire cities. Will the dragon be good or bad? The dragon wants to save the world from the undead: such is its purpose. To save the world, not people. Nevertheless, the situation is such that without people (and other dragons), our hero cannot cope. So the dragon still has to find a common language with people. Moreover, not all people consider our dragon to be good, and the dragon itself is rather arrogant towards tiny people compared to it and, in principle, can fry them (in the game, people may not be protected from dragon fire).
In the game there are various missions, for example: to help people go through dangerous mountains and save one of their leaders (cover from the air); eliminate infected people, while trying not to kill normal inhabitants; defend the city of people from undead invasion for 30 minutes and other missions.
The game supports two languages: english and russian.