Cubesis is a turn-based strategy game with puzzle elements in which the player assumes the role of its inhabitants, the Cubies, who must survive in a hostile world using many different elements (they can influence the sea level, the climate of the land, dig holes in the ground etc.). It is entirely up to the player how he will decide to deal with different situations (sometimes he will need to reach a different continent or sustain a surplus of hungry bellies). The conditions of the game change throughout the levels, but also within the levels themselves - fields dry out, Ikjuch raises the sea level etc. The player must adjust his or her plans according to these conditions, which requires various measures in order to succeed.

The uniqueness of Cubesis
At the core of the game is the fragile balance of the gaming world, over which the player gradually assumes control. All the aspects of the game connect into a complex sphere of relationships. Depending on the situation, different actions can be positive one time and negative another. The population and the number of churches, the supplies of grain, but also the sea level are all interconnected. The number of churches in relation to the number of people determines which way Ikjuch´s scales will move - meaning whether he will bring the flood or "separate the sea", but both churches and cubies also require food, so it´s very difficult to find the balance. But did we mention that the harvest depends on Cubeworld´s climate, which is governed by Likael? As you can see from just a few examples, the relationships in the game are quite complex. You can leave your usual habits from other turn-based or building strategies at the door and enjoy something new.

It sounds like a kind of "sandbox game" but the truth is that it is a sandbox to just a certain point. Most of the game elements can be turned on or off. It gives a great variability in creating partial game goals and levels. Overall it is more like "puzzle game".

Authors
Jan (Ikkju) Horáček introduced the concept of the game at the Summer developer contest Velký Chytrák 2007 (Big Wiseguy 2007). He was later joined by the winner of the contest Jinřich (Likandro) Pavlásek, dealing mainly with the graphics. They went on to refine and modify the game, originally called Cubesis II, to the highest possible degree of gameplay in their free time. The soundtrack was
composed by Espen A. Hougland. The dubbing and sound effects were provided by Fénix ProDubbing. The final product could be considered a remake of the original game from the contest, which is why both works bear the same name.

Last few weeks were a bit hurried since we had to prepare Cubesis for Steam. It was really interesting, but also exhausting. We have also added some new and interesting features together with that preparation (inserting overlay, achievements etc.). 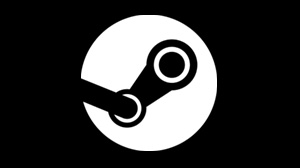 It´s been a long time and I should remind you of our trailer:

You can find land rotation feature in our game and shortcuts for buildings and even more changes that should provide you engaging and smooth gameplay. 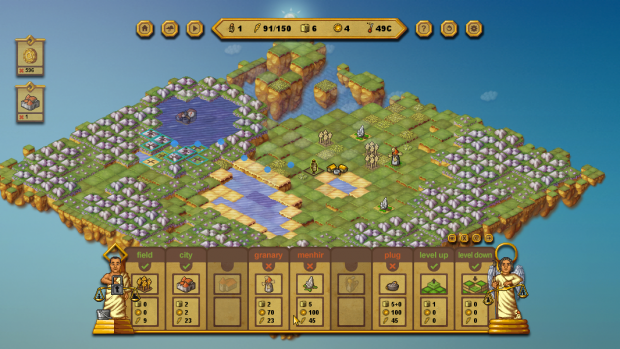 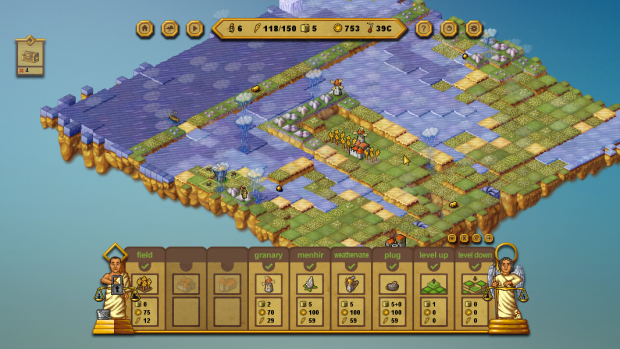 If I should sum it up, we are infinitely happy that we made it to Steam and that we can tell you this wonderful new! You can check our game here. It will be available tomorrow.

Thank you for reading and for your support during development! Be sure to comment.

We are continuously improving our game. Since there is plenty of players who enjoy our game, we have decided to plese them even more and take into account...

You have waited until somebody else will tell if if our game is any good? Here it is: the very first article on IndieGames.com

Np, as soon as I get a little time to play!

Hey man, strategy mixed by two Gods from checkpoints and the environment? It's the craziest thing I've ever heard! Ha ha!
Looks great, I love it! Keep On!

Glad to hear that!

Thank you! We are trying to do our best. Be sure to spread the word about our game. We are really bad at PR. :-D

i am really liking how this is looking! do you have any ideas when there may be a release

We are glad to hear it! Thank you! When we plan to release the game? It is a hard question. We won´t give you any exact information. I have to work to earn money. Likandro has to study. Plus the problem with GM: Studio. Let´s hope you will be able to play it in three to four months. But we are really not sure.

Well i will keep watch and look forward to its release