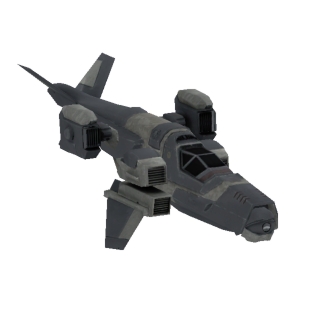 It is the year 2084. You control a secret organisation charged with
defending Earth from a brutal alien enemy. Build up your bases, prepare
your team, and dive head-first into the fast and flowing turn-based
combat.

UFO: ALIEN INVASION is a squad-based tactical
strategy game in the tradition of the old X-COM PC games, but with a
twist. Our game combines military realism with hard science-fiction and
the weirdness of an alien invasion. The carefully constructed
turn-based system gives you pin-point control of your squad while
maintaining a sense of pace and danger.

Over the long term you will need to conduct
research into the alien threat to figure out their mysterious goals and
use their powerful weapons for your own ends. You will produce unique
items and use them in combat against your enemies. If you like, you can
even use them against your friends with our multiplayer functionality.

The game takes a lot of inspiration from the X-COM series by Mythos and
Microprose. However, it's neither a sequel nor a remake of any X-COM or
other commercial title. What we as a team wanted to make is a brand new
experience that tries to surpass the quality of games from 1992, rather
than simply recreate them with flashier graphics.

We also believe that open-source projects don't
need to be disorganised or badly-managed. We work together in a
friendly and professional way, with a clear vision for a game that we
know is worth playing.

A new game I'm working on is now available for Android. If you like the game, please rate it.

CaveExpress is a classic 2D platformer with physics-based gameplay and dozens of levels. Master your pedal-powered flying machine to pick up packages from your cave-dwelling clients and drop them off
at the collection point. But beware! Mighty mastodons, terrifying pterodactyls and others would rather see you extinct.

I'm also working on a Windows version released on Desura. It will be available soon.

We've made an important change to the directory where save games are stored. If you play our latest development version (2.5-dev), read more to find out...

This month saw a burst of activity, with bug fixes across all major systems, dramatic balancing changes to soldier advancement, improvements to the alien...

Working towards an official Debian release

Are you a Debian/Ubuntu/Mint gamer? Help apo, a member of the Debian Games Team, by testing the latest packages.

Woops. I forgot to post the June update. Here's the development update for July!

These are the tracks i composed for UFO: Alien Invasion. Some of them havn't made it into the release for various reasons - they're tagged as unused.

A dozen new maps to battle aliens Rescue soldiers in dropships shot down by aliens and retreat from battles New particle and sound effects for weapons...

UFO: Alien Invasion has released 2.3.1. This release is a bug fix for the stable 2.3 release and maintains compatibility for all saved games under 2.3...

UFO: Alien Invasion has released 2.3.1. This release is a bug fix for the stable 2.3 release and maintains compatibility for all saved games under 2.3...

The UFO:AI development team is proud to announce the release of UFO: Alien Invasion Version 2.3. Two years in the making, this version features loads...

The UFO:AI development team is proud to announce the release of UFO: Alien Invasion Version 2.3. Two years in the making, this version features loads...

played an earlier release which was fun, now even on easiest setting no mission able to finish without 1 death just because the LZ is always HOT. not even Spatsnatz would drop into a mission such a suicidal way!

SOOOOOO many hours have been put into this game already ;-;
I just wish that the controller had field snap on it

When 2.6 full will be release

Maybe upload 2.5 on this page also?

I can't download the game, the sourceforge site does not connect for some reason. Consider uploading the 2.5 installer here too.