Cubesis is a turn-based strategy with puzzle elements, centered around the fragile balance of the Cubeworld. You can forget about other turn-based strategies, because things work a little bit differently here. You assume the role of Cubies – the inhabitants of the Cubeworld – whose purpose is to survive, that is to have full bellies and “score as much gold as possible”. The way to their dream is beset by many obstacles, however. For example the sea. To overcome these obstacles, you need to figure out what pleases the gods Ikjuch and Likael, and make them dry the sea out (for example).

In 2007 Ikkju (Jan Horácek) made Cubesis prototype for the Czech competition. He ended eleventh. There were sixteen entries. Likandro (Jindrich Pavlásek) ended first and he won the competition. Judges asked Likandro during winner announcement: “Why should the other game (the game that ended up second) win?” He replied that he doesn´t think it should win, because the winner should be Ikkju with Cubesis. 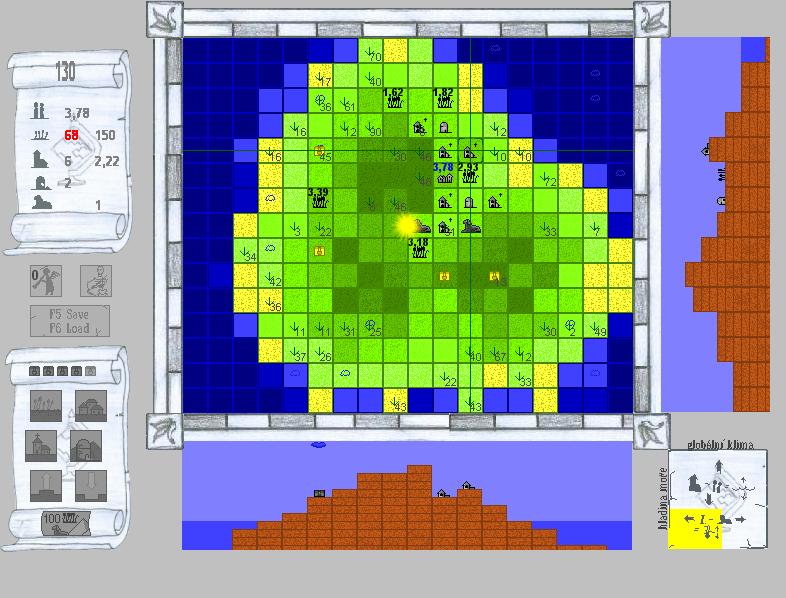 After a year, in 2008 we started to work on Cubesis II. We decided to call it remake only a year ago. Funny thing. At this time it was isometric something with pretty bad user interface and even worse controls. The graphics weren´t the best either. 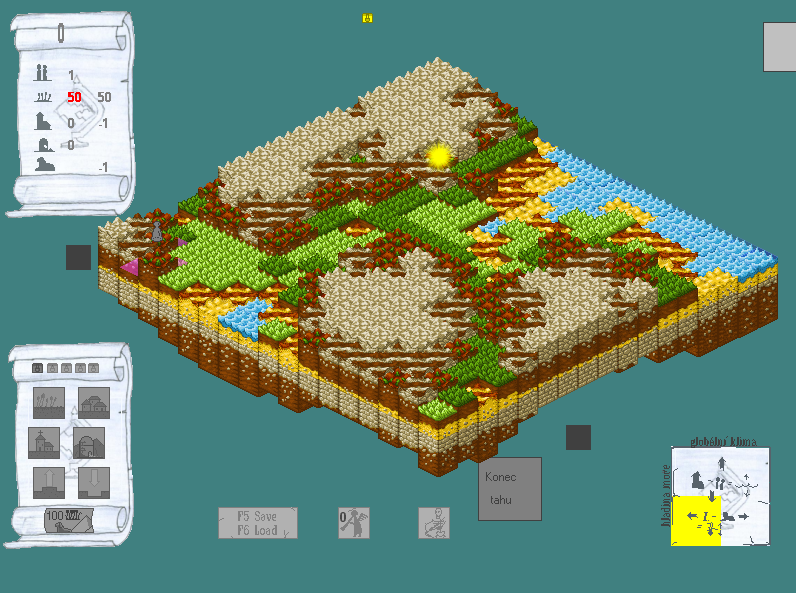 In two years we were able to come up with some progression. Graphics are a bit better and we were able to summarize tons of information to easily understandable interface. But the gameplay was terrible. We asked one of our friends to play it until the end and he told us after that: “You know, it is fine, but I really do not want to play it again.” This was a sign that our game was really bad in the terms of gameplay. It seems to be funny right now but we have spent countless hours wondering about our possibilities. We didn´t want it to be too easy, so every change was highly argued. I can recall the decision to allow the player to get over the steps that are higher than 1 without need to adjust a terrain. It really changed the overall gameplay and it was way much better. Another big change was the possibility to move with more characters during one turn. And what was even more, the possibility to take two steps with a cubie in one turn. These were probably the most important changes to the gameplay, but there were many more of them. 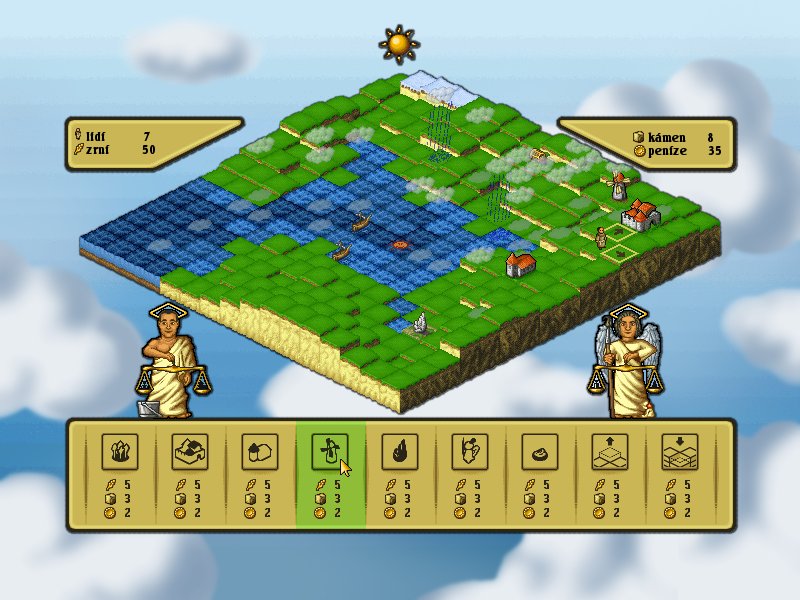 We were frustrated after this period. We somehow “finished” our game and we didn´t work on it for a while. Well, to be honest, we made this game in our free time, which means it took us these years because we had usually time only one or two months during a half a year (four months in total each year). When we started working after four months once again, we decided to redo many things. Firstly graphics. But it led us to enlarging the game world. We also started to focus on a game experience, which means we tried to improve user interface, we polished relations between several variables and we worked pretty hard on a tutorial and we worked with testers. I remember one painful moment when one of our testers (player of the Civilization, Total Wars etc.) told us that he doesn´t know how to build a city. It was really bad because the city was the only active icon in the building section of the user interface. We then decided to add names above the buttons. The worst thing about it is the fact that one of Czech critics has written something as: “The building menu would be smaller and without names.” It used to be, but players were unable to use it. 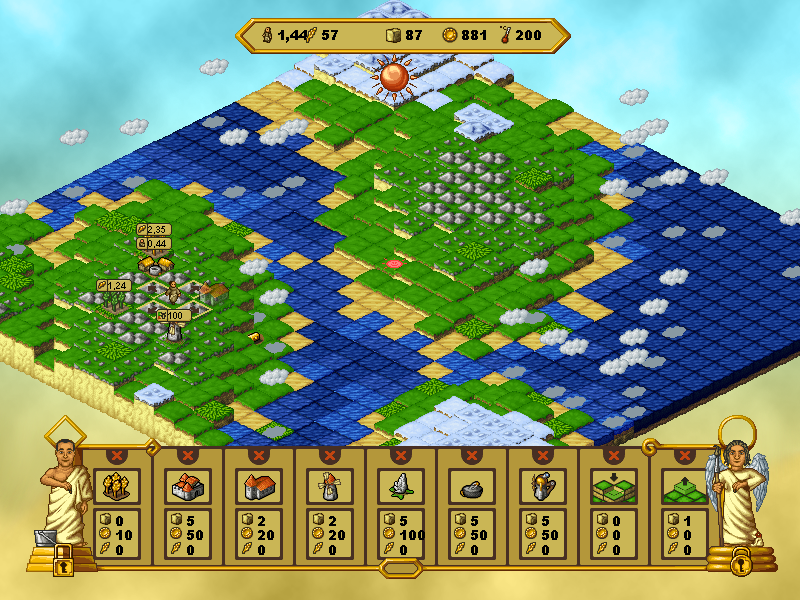 After this period we were fixing minor glitches. Sounds, buttons, positions of the elements on the screen etc. Did you know that cubie has different sound for his step when he is on grass, “beach”, and snow? We were also fixing some important bugs in a script of flowing water. This was definitely the time, when we polished our game to be the best. We were able to show it on the festival Game Day in Trebon (2013). It turned out that nearly everybody who saw it wanted to buy it. But it wasn´t finished yet. We took the feedback from real gamers and polished the game even more. After that, there was a Czech release of our game. 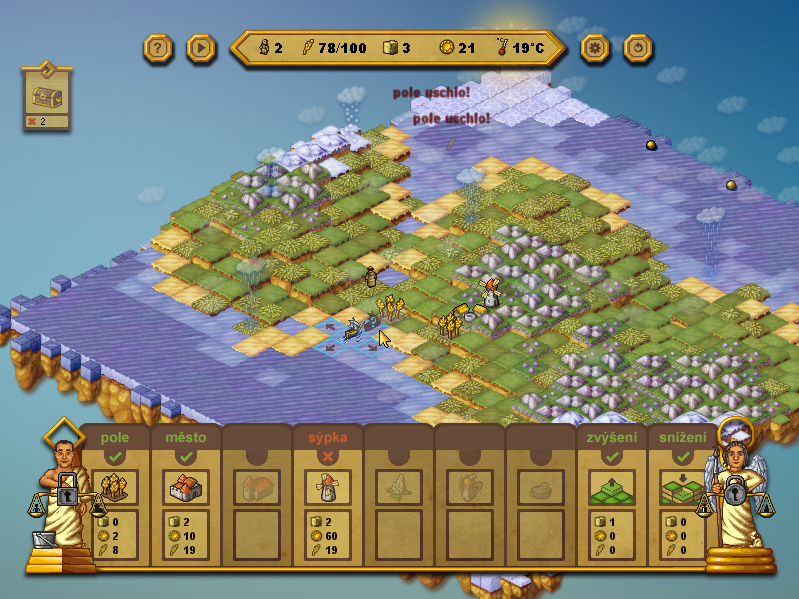 We then started our work on the English version. We thought that it will be only translated, but after Czech reviews, we decided to improve it even more, despite the fact that we got rank of 77%. We simply wanted to do it better. Likandro imported it into GM: Studio and worked pretty hard to fix all the issues. We decided to improve all the things that Czech critics stated are bad at our game: needs more levels, readability should be improved, needs better options. We improved everything and add even more features to our game. We can freely state that our game is now overall polished. 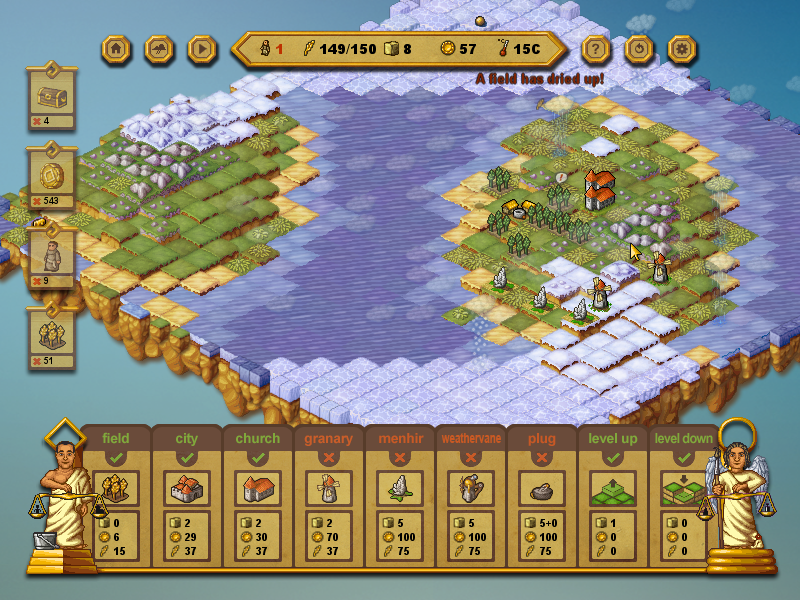 And after this hard period we were able to deliver Cubesis to you. There is possibility that we will even continue to add content to our game if players will like Cubesis.

If you are interested, you can buy it on Desura. :-)

If you missed our trailer and want to see it alive, be sure to check it out!

Thank you for reading this long article!

It's really nice to see how the game evolved during development, it was a really interesting read. :)

Thanks! Glad to hear that. :-) It was really a long journey. :-) But surely worth the time and the effort.