Crypterion is a nostalgic re-imagining of the classic business simulation game Gazillionaire. At it's core, It's a Business Sim / Tycoon. It has a story with the depth of a visual novel filled with many interesting characters and character development. Meet a variety of alien inhabitants from different worlds and amass a fortune. Every time you play, it's different.

But what is a game about acquiring mass riches if you don't have a way to spend it? Spend your riches on items in the game including: new ships, gifts for companions, technology, trade permits, concept art, auctions, and even planets.

Your company starts with a basic cargo ship and a large debt of Cryptos (the default currency) from a loanshark called SpaceBit Holdings. All paths that lead to victory are about you becoming rich through: Cryptos coin market exchanges, trade, commerce, & investments.

Cargo Ship - The basics of business include cargo delivery and passengers. There are 4 ship classes: C,B,A, and S. And you'll be able to create a company name.

Protagonist of your own Story - Crypterion brings you into the game as it's main character. You can customize more than your hair and eye color. What are your likes and dislikes? Have you had a traumatic past experience which has shaped who you are today? NPC's will recognize these characteristics and respond to them. It's like the character creation system in Conqueror A.D. 1086. We take a streamlined approach and ask you some questions. Crypterion also keeps track of any battle scars or physical appearance changes that happen to you.

Planet details - It is wise to check if a planet is undergoing a catastrophe before attempting to land. Other details can help direct your business strategy.

Space Station - The space station is a specialized area that gives you 4 new areas to explore. You can meet with the Empress (who is the highest galactic power), go to auctions and bid on planet facilities, view a gallery of purchased goods, and have fun with entertainment options. You may even find rare merchants who will only talk to you if you are rich enough.

Phone calls - Local authorities may call you from the galaxy map. Even long distant friends if you have any.

The majority of the time these events are disastrous. It's like the board game "The Farming Game." If you've ever played that, it seems something bad always happens to get you further and further in debt.

Story Events - During the main story you will come across events that are more elaborate in the way they play out. NPC's will talk with you and you'll be able to build relationships. The conversations will have branches and different abilities can be gleamed from them.

Confidence Level - Success and failure rate for events is not 50/50. As a new captain, you don't have much experience. The more you fail, the faster you learn from your mistakes to increase your success chance.

Ship Officer - Once you acquire a ship officer, you'll have the option of letting them handle the encounter for you. Their chance of success may be higher or lower than yours. If you train them well, there abilities may even surpass yours.

Rare Crew - If you get lucky, you may encounter a rare crew card. These allow for specialized crew members to work aboard your ship.

Officers (Companions) - Are much different than crew-mates you hire to work aboard your ship. Companions are NPC's you meet under unusual circumstances that drive the story forward. It's more appropriate to call these officers companions because of the relationships you build with them. ---- Building a company takes years to accomplish and it will be nice to have someone that shares your burdens, watches your back, and grows along side you. 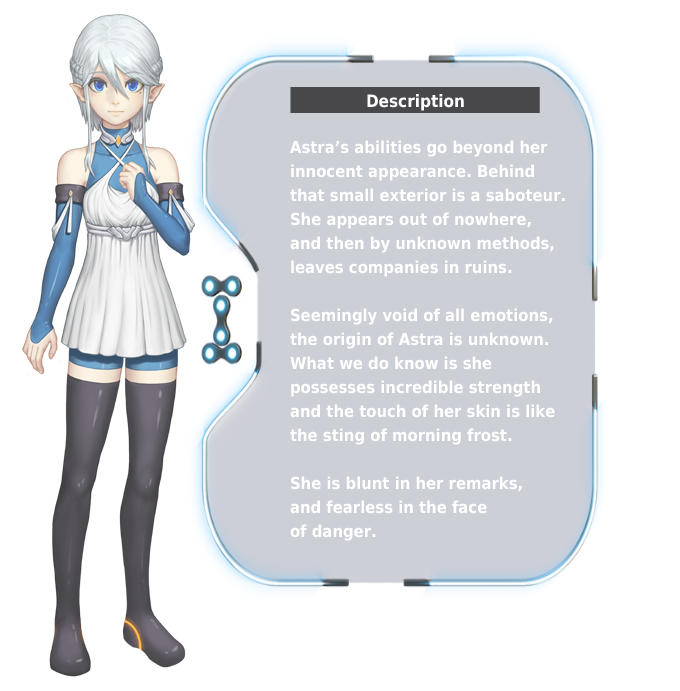 - They take the lead during events.

Company Leaders - Yours is not the only company gaining money and power. Many major players are already well established. These three are: Spacebit Holdings | Darksun Inc. | Supreme Empress. Their power is not stagnant. For example, as you pay taxes, your money goes to the Empress. As you borrow loan money and pay it back, your interest on that loan goes to Spacebit Holdings.

Each planet has a different atmosphere. Be it a biome of ice, desert, thriving metropolis, or smog filled rainy planet. You control your business from the planet HUB.

Ad Campaign - Spend money on advertisement for passengers and commodities: Paper Media, Streamlined Goods, Radio, Drones, Smart A.I., Television, Social Media, and Digital Ads. Set ticket prices for your next stop, but don't spend too foolishly. You may pay a premium for passenger advertisement, but if your company reputation is not up to standards, nobody will want to ride on your ship regardless.

Auction House - The value of auctioned goods can be small or large in the millions. If you bid strategically, you can fool other bidders and get a good deal. You can bid up to any amount and even take on a great deal of debt to get the item you want. Sometime you will want to do that, because you only get one chance. Once an auction ends, you will never see that item again. 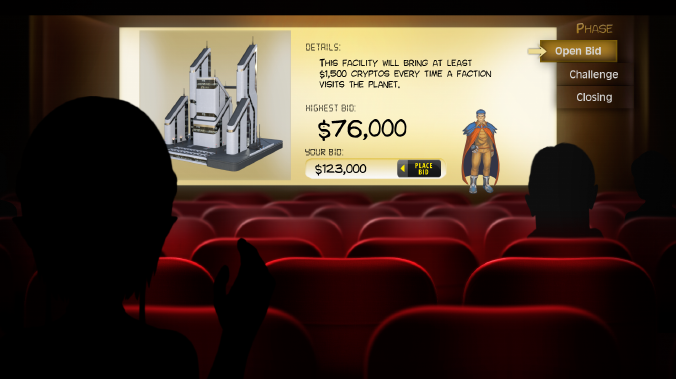 Media Room - There are a couple different ways in which your companies reputation and power is displayed. There is a power rating bar, and a star rating. Having lots of money and exposure through the media room can boost your company power. Having a high company rating changes some dialogue options and you'll fill passengers on your ship more efficiently without much advertisement. To get a boost in company reputation, consider scheduling a T.V. appearance. Make sure you are informed so you don't make a fool of yourself during an interview. These are special events that only happen once. 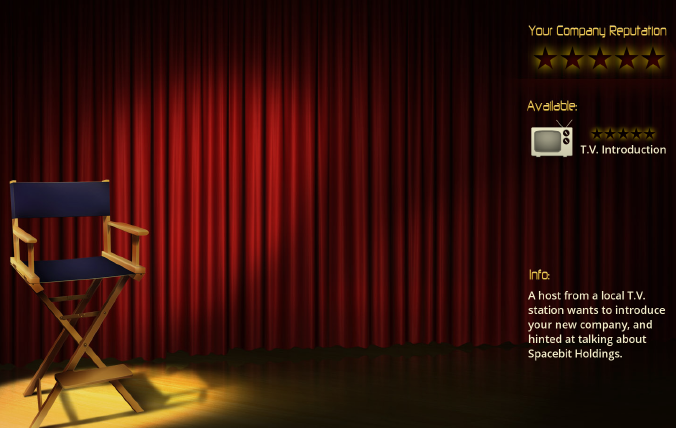 Cryptos Coin Market - From here you can buy and sell Crytos coins. These coins have replaced paper money in the future.

Marketplace - Most of your week-to-week income comes from goods and trade. 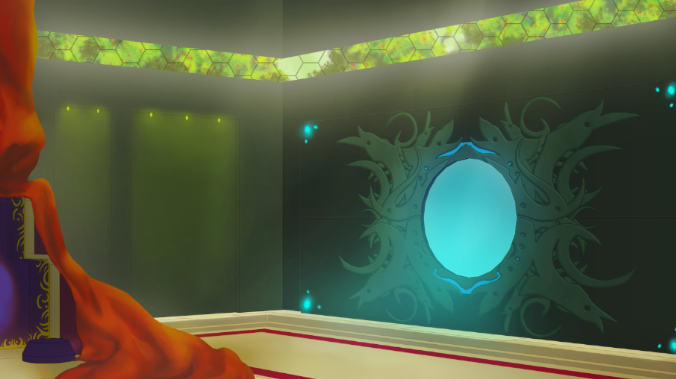 Investments - Relics of the past and future. An ancient sword, a valuable painting, treasure chest, a flawless ruby. 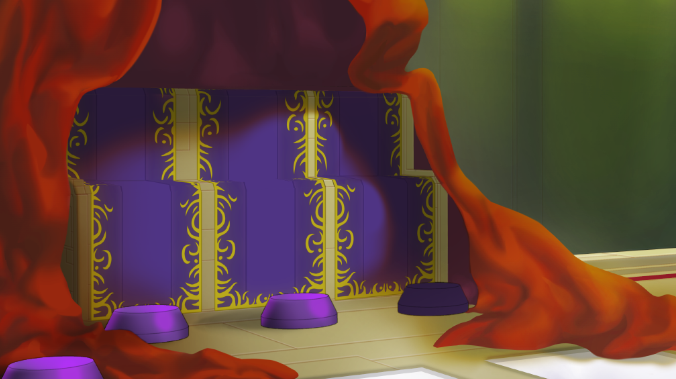 Artifacts - The most sought after items in the game are artifacts. They are so rare and valuable just having one in your possession makes you a target by raiders, assassins, and rival companies. The main story revolves around these items of power. They have actual abilities that help your company dramatically. *We are not showing you all of them for spoiler reasons.

An ice planet called Iclantia is dying. The civilization inhabiting the planet are highly advanced, but not able to stop the coming catastrophe that will wipe out their civilization. What we know from historians is that in an effort to save their dying planet, the Iclantians created what is known as Comets.

The Iclantians crafted these time capsules of rock and ice, mixed with technology, to form pods to launch into space. Once discovered, the pods open to reveal a treasure within. They contain the heritage of their civilization: From technology, to history, toys, art, and even weapons.

Players find their place in a cluster of suns known as the Rimshot Galaxy. You start in the Remnos system which is home to a variety of alien species. The Remnos system has prospered from the discovery of the comets.

This is your story...

By learning the laws of business you can succeed. Money is everything and you'll need it to survive. Over time, you will unravel the secret and the lies behind the comets.... and maybe... you'll become an even greater power than the Iclantians.

Dialogue Choices - All actions in Crypterion happen quickly. From: market purchases, quick events, advertisement, loans... Things slow down when dialogue is involved. This is because we focus on "doing" over "telling". Or rather, we've mixed the two. Story based events only happen once. Quick events repeat. When a story based event happens, you have many choices that affect the next story event.

Time - Time is important and is tracked from the planet HUB.

Visual Novel - Expect the dialogue to behave like a visual novel. Characters interact and look at you. There are special scenes / cut-scenes that occur at the right time for you to enjoy. Expect rivalries, romances, tragedies, and hopefully moments that make you laugh and cry.

[Kickstarter] for Crypterion ending in 8 days 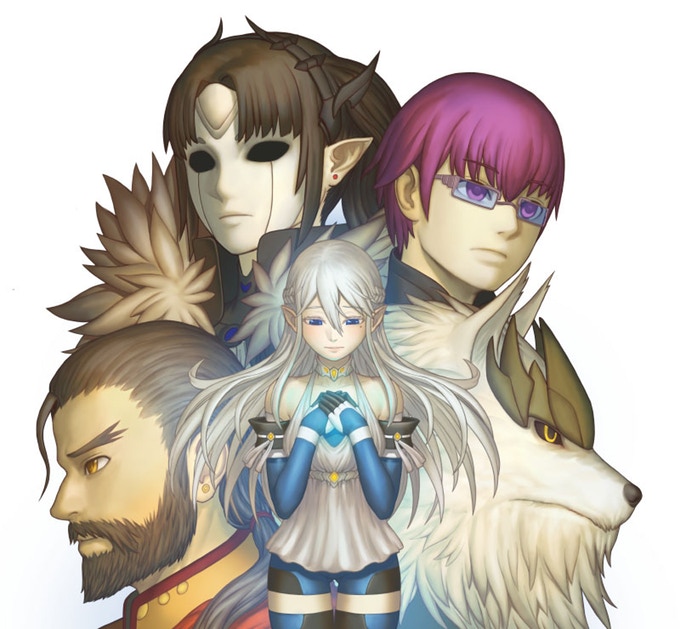 Crypterion brings you into the game as it's main character. We hope you will join us as part of this project. We have many plans to involve the community through submitted fan art, in-game events and character integration. As well as a closed alpha test for participants to influence the direction of the game.

DESCRIPTION:
Crypterion is a nostalgic re-imagining of the classic business simulation game Gazillionaire. At it's core, It's a Business Sim / Tycoon. It has a story with the depth of a visual novel filled with many interesting characters and character development. Meet a variety of alien inhabitants from different worlds and amass a fortune. Every time you play, it's different. 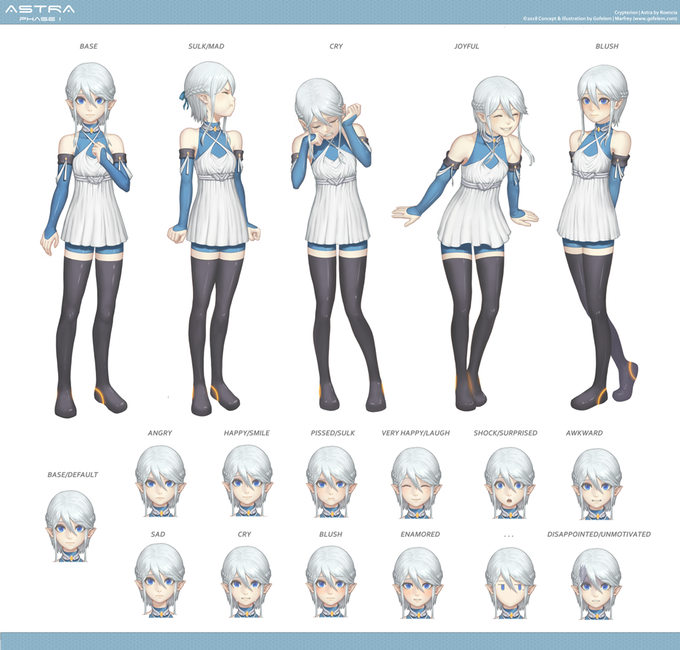 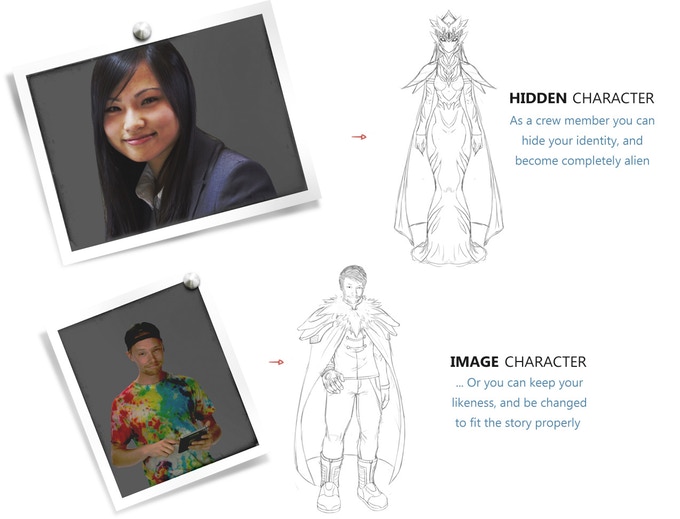 Grow your company and become rich in Crypterion!