'Mine asteroids, refine and trade their ore, buy upgrades for your ship, hunt pirates in the procedural star systems and you’ll have only scratched the surface of this wonderful game and maybe gained a couple of levels.

Dozens of missions, jump gates, further systems, the discovery of lucrative trade routes, bits of plot and much more lie ahead. Provided you wisely buy new modules, engage in rudimentary crafting, train yourself in the laboratory and, should you make enough money, purchase a bigger, more powerful ship, that is. Oh, and knowing when to switch off the auto-pilot and manually handling the most taxing of the battles.

Add in a universe that feels alive and filled with things to do, an excellent atmosphere and you’ve got a beautiful game you can lose yourself in and construct your very own myth. Maybe even survive long enough to buy your freedom from the Corporate Federation and stop breaking rocks in outer space.'

Well, I managed to get quite a bit done in this update. Of course I wanted to keep going, but with the holidays and family time... I figured I had better post what I have before I get overwhelmed with the festivities. Anyway, lots more on the the way, I suspect I should have another one ready to go around the same time next month.

Let me know if you guys have any issues or questions about the new stuff. 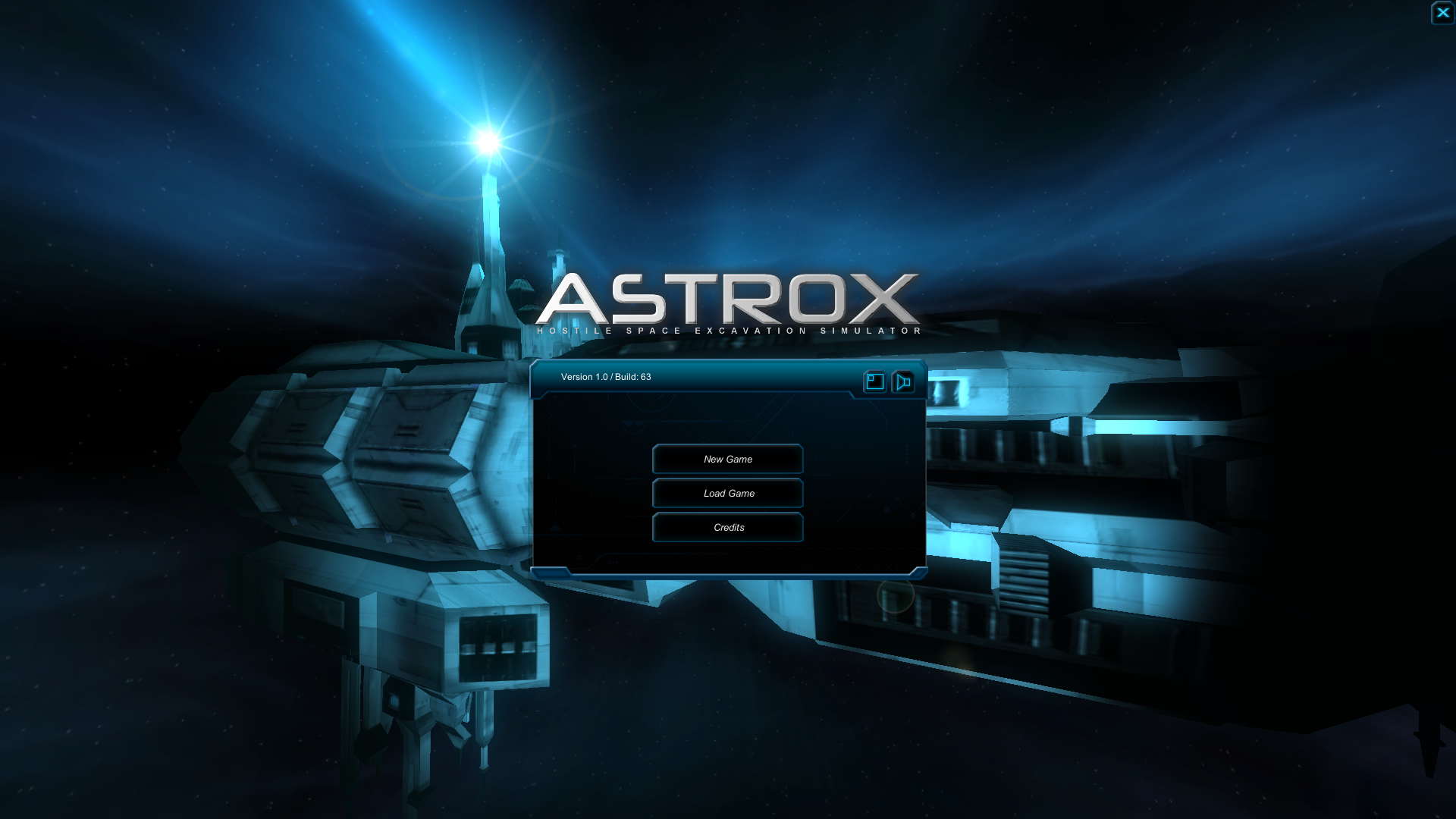 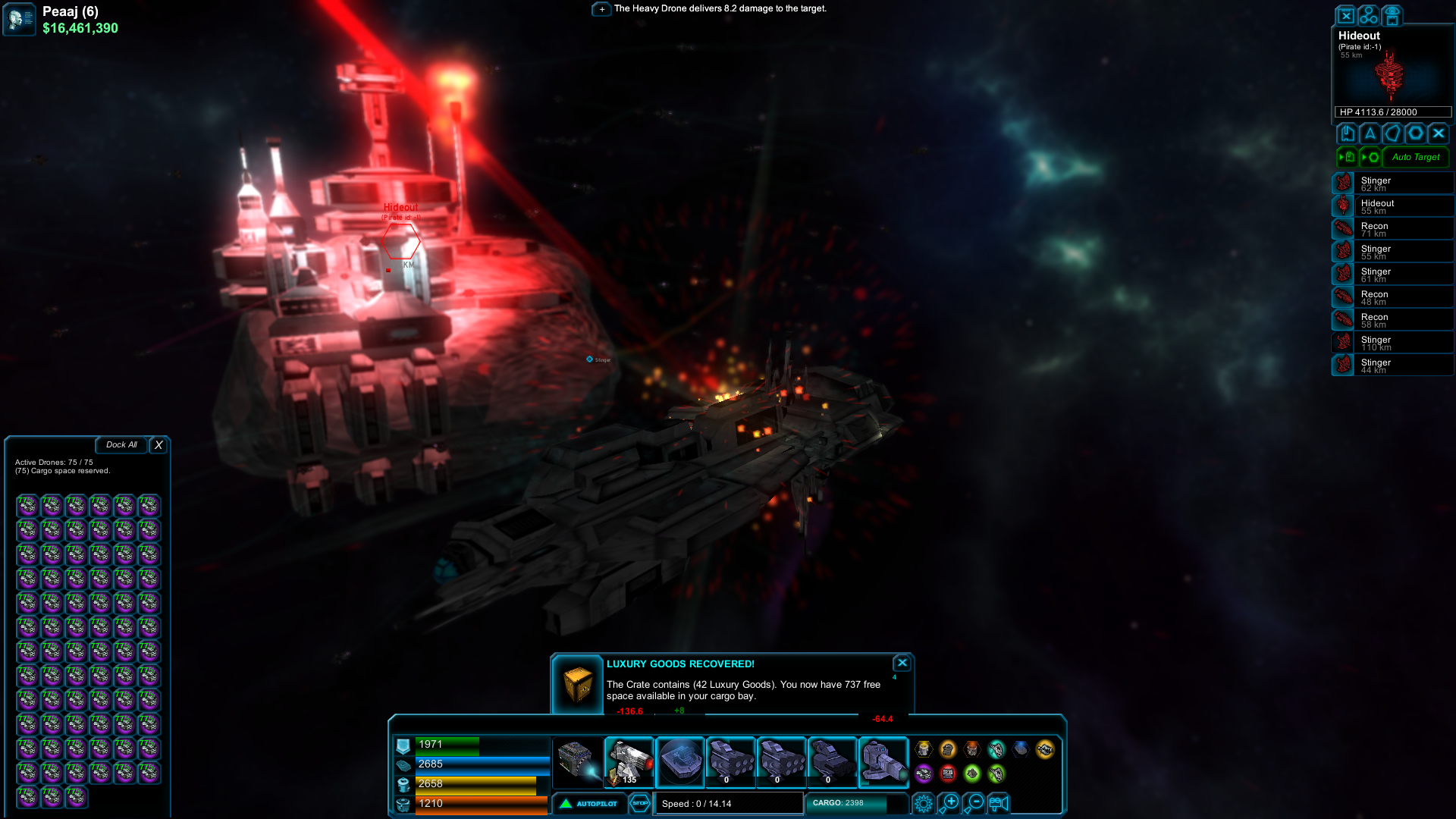 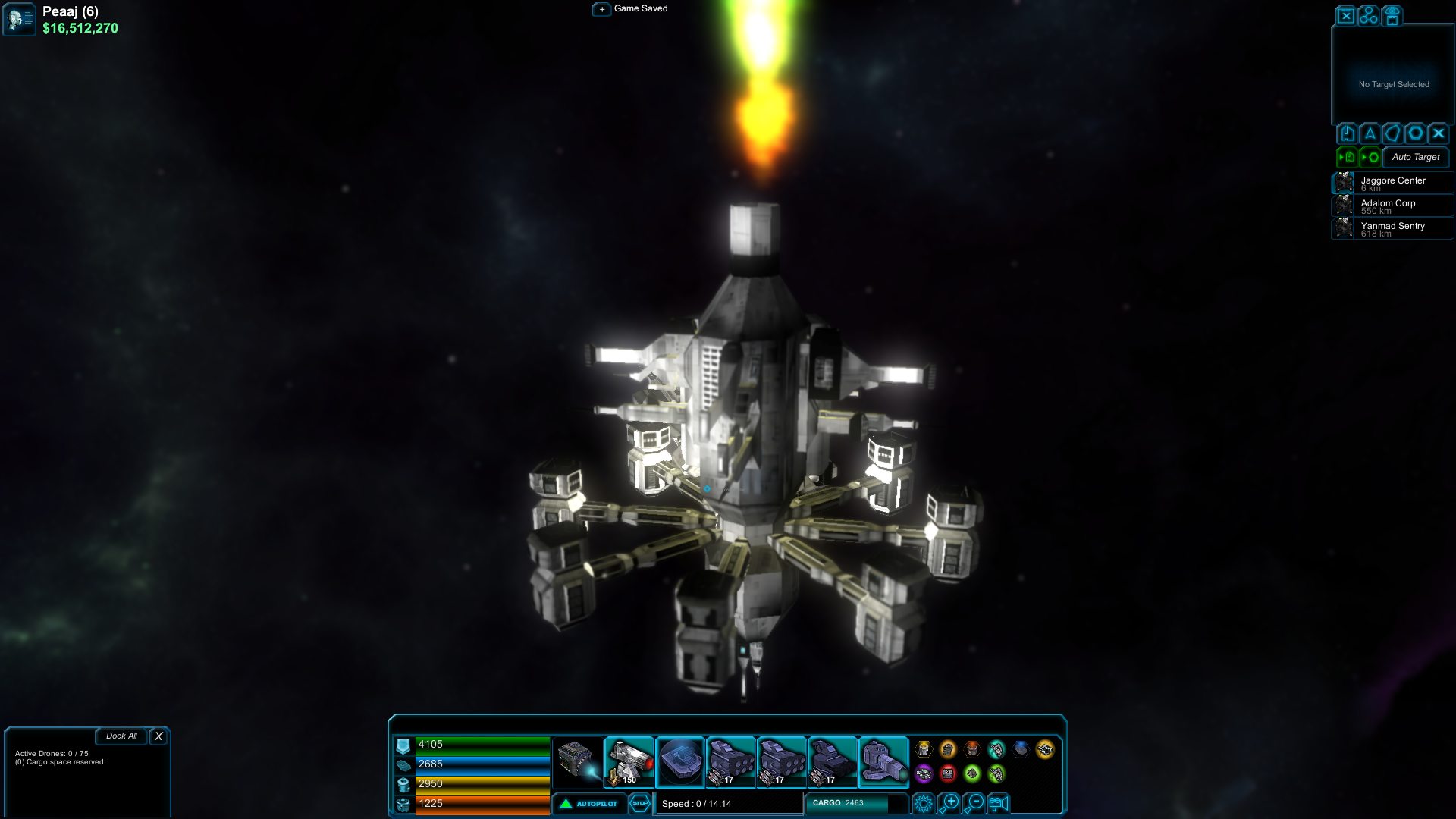 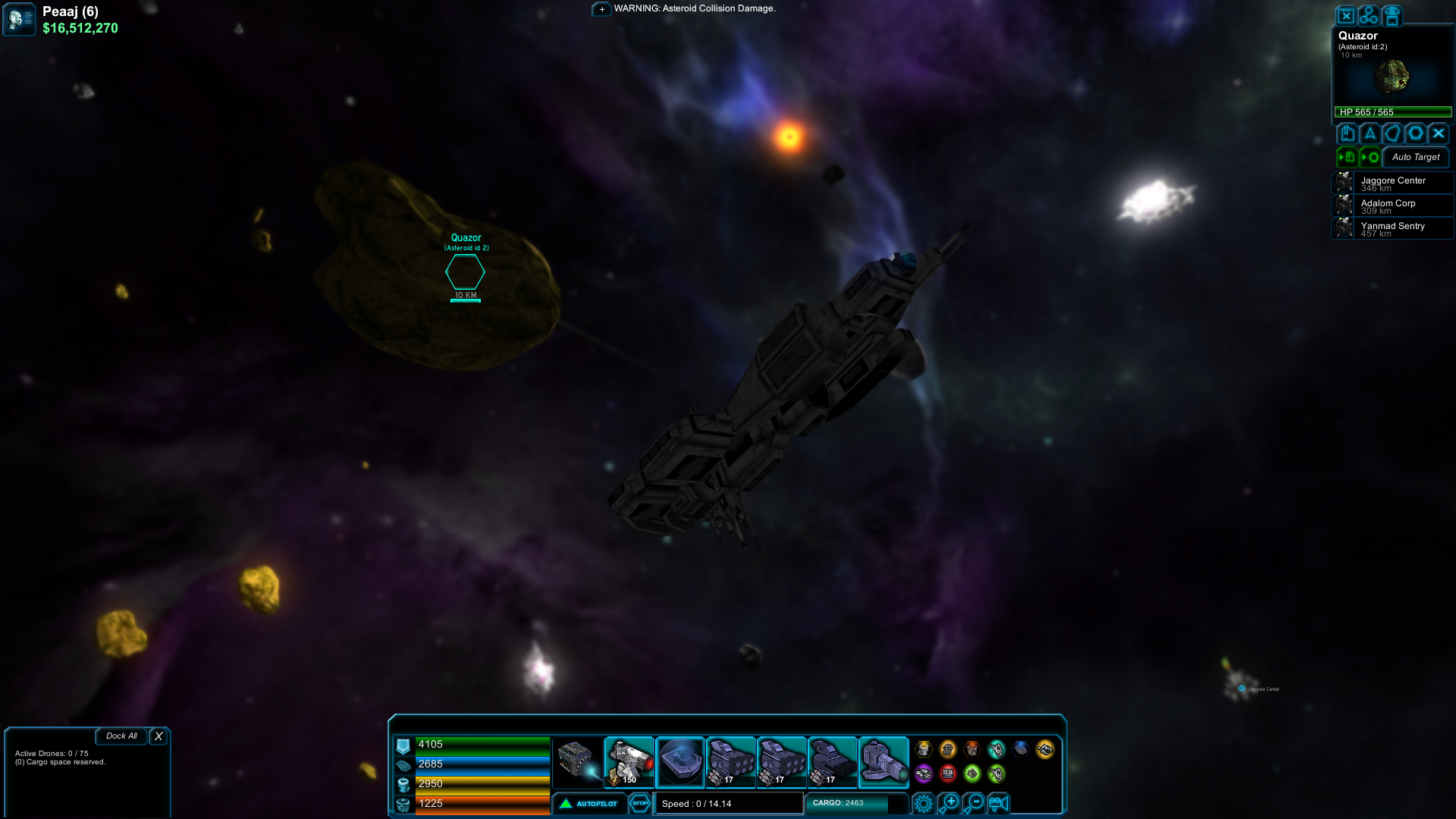 Astrox has finally launched on the Steam store. If you are a fan of space exploration, mining, and combat, Head over to the Steam store and check it out.

Lots of new stuff is happening with Astrox. A new IndieDB page, Steam Greenlight, and new features are on the way.

Awesome Game! Keeps me entertained for hours! Gotta get that Imba ship!!

I've been playing the game on Kong and it's awesome. I bought the game through your website but it was only up to build 60a - how can I get an update to the latest build?

send me a message on desura, and i will give you a key for steam :)

Thanks for the response. Any change of getting an itch.io key instead? I bought through Desura to avoid Steam.

sure, ill update those 2moro night.

How do people who purchased Astrox through Desura get updates? You only provide links to a specific update (currently 60a I think)