We're making some changes to the way Armor is going to work. More info inside!

*This article has been updated. Armor Hitpoints are no longer a thing

We’re making some changes to the plans we had for the way Armor and Shields are going to work, to bring them more in line with reality, as well as making it more interesting. Before we get started, let’s take a look at how it was going to work previously. 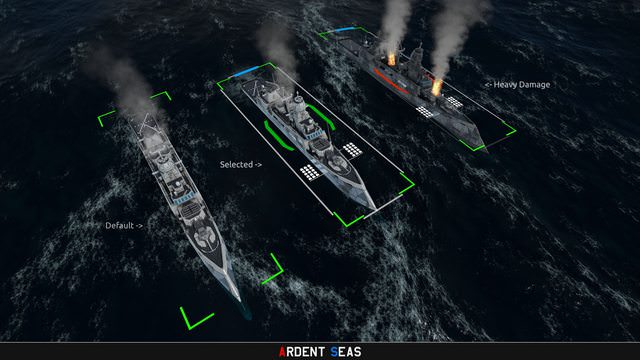 The plan was to have “yes or no” system, where it only mattered if the ship had armor left in the direction the fire’s coming from or not. In order to damage an armored ship, you would first have to deplete its armor on at least one side, after which the ship’s hull would become vulnerable from that direction. This would make it possible for someone to spin a ship in circles to make it effectively 4x as well armored as it’s supposed to be, while interesting, it would become tedious very quickly. Shields would have been omnidirectional, once the shields are depleted, the ship would become vulnerable from all sides.

And now, for the new system. In the new system, ships get an armor thickness value, and weapons get an armor penetration value, and all the same changes apply to Shields as well, but they remain omnidirectional. Armor Hit Points no longer exist. This creates three potential scenarios when a weapon hits a unit: Non-Penetration, Penetrating Hit, and Overmatch.

Furthermore, different weapons have different warheads. High explosive missiles, like those fired by most smaller units, have very poor armor penetration values, and will most likely explode against the armor. Meanwhile, a Battleship’s massive railguns are more likely to shoot straight through smaller units, causing only minor damage.

An important thing to note is that ships have much stronger armor in the front, and in some cases the back, than they do on the sides, which means that shots hitting the front will either bounce off or penetrate, but rarely ever overmatch.

In this example, the ship has an armor thickness of 20cm, and is hit by weapons with AP values of 10, 25 and 50. This will also be reflected by special effects for each case, in the picture below you can see what it may look like ingame. Left to right: Overmatch, Non-Penetration, Penetration 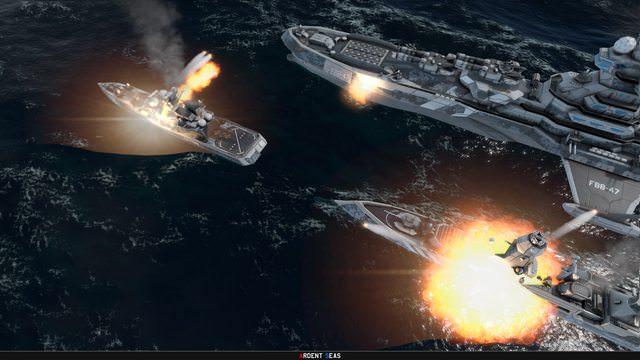 In conclusion, you will have to take into consideration more than just a weapon’s raw damage output, it’s best to use weapons with the right kind of armor piercing potential against any given target, building an entire fleet of Battleships won’t be particularly useful if the weapons are just going to overmatch any smaller ships, like Destroyers.

Nope, it's how armor works in real life, except massively simplified, of course, and not taking angle into account for net armor thickness.