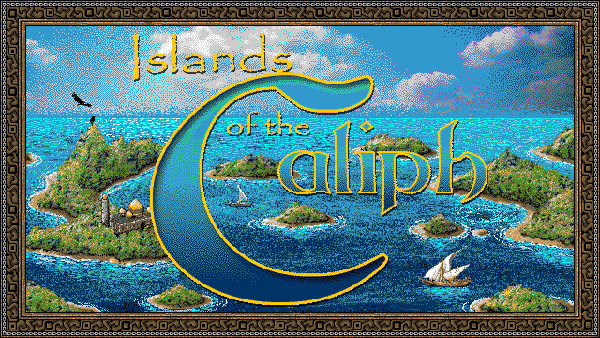 Schmidt Workshops is developing a new CRPG called Islands of the Caliph. The developer wanted to wanted to make a game that captures the feel of the old RPGs he played in the 1980s, while presenting a different kind of narrative that is not based around European mythology.

The Middle East and surrounding regions have a rich history and interesting folklore that has not really been explored in games to the same degree. Different styles of architecture, environments and people will inhabit this imaginary island empire. 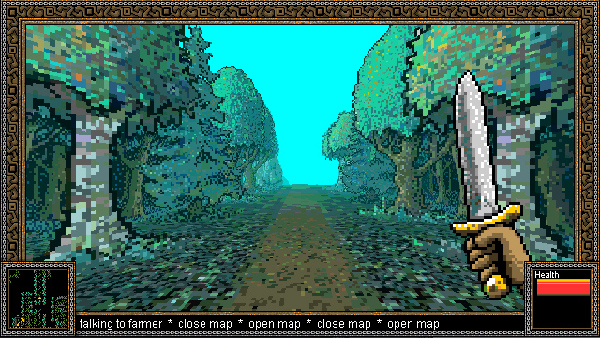 Each island will have a different look and feel, and each city will be unique. In part, the low resolution textures will help facilitate more variety, which is a very important part of any exploration based game.

Sultans and palaces, ancient ruins, jungles, deserts and oceans, and many other locations will create a vibrant multi-textured backdrop for this adventure. Players will experience a diverse and complex world, with puzzles to solve and mysteries to unravel. 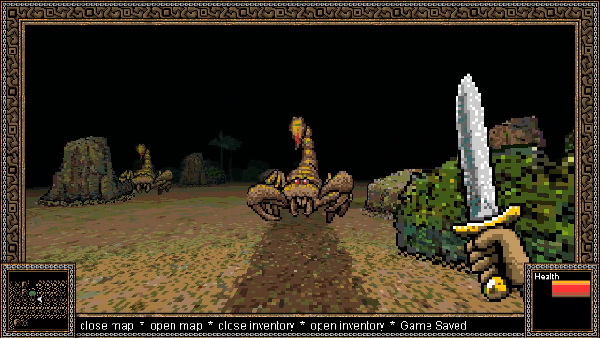 From giant scorpions and other mundane "monsters," to more supernatural beings like ghouls and jinn, Islands of the Caliph will introduce players to some of the creatures of folklore of Arab, Persian and African cultures among others. 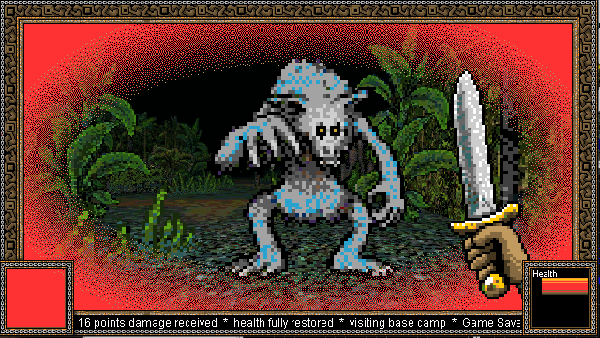 This game combines grid based movement of older RPGs with a more active approach to combat. Mixing different approaches to gameplay is one of the more experimental aspects of the game. It is an attempt to draw from the nostalgia of old dungeon crawlers, while keeping the gameplay simple and fun for an audience that may not appreciate the slower, turn based models of the genre. 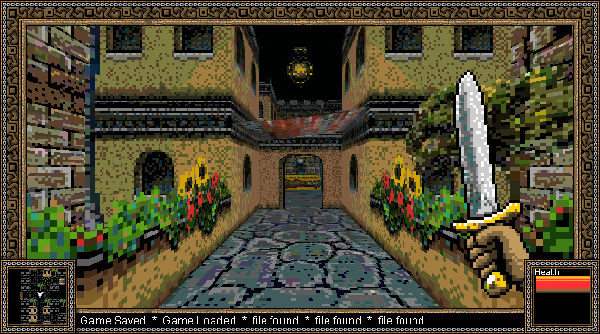 "The enemy of art is the absence of limitations" said Orson Welles.

"I see it as an exercise in exploring limitations. Just like the idea of using pixel art, and a limited color palette to create a unique visual style, reintroducing limits like the grid based movement, will lead to innovative gameplay that has yet to be explored." - Schmidt Workshops 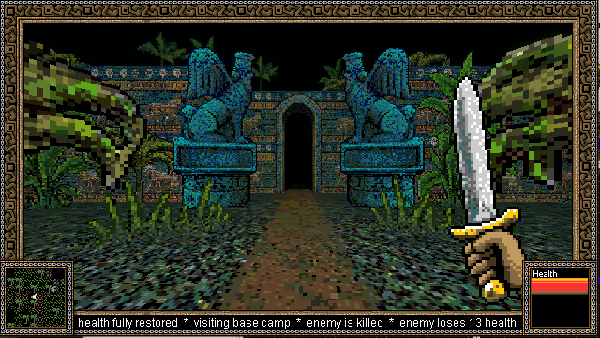 The end of the old and the birth of a new one. The development of the next-gen YRPG Game-Core has begun.

A short insight into the development of Tactics of World War I, a real-time tactics game. The last two weeks I've been working on tank battles and another...

Announcement Trailer for Tactics of World War I. A real-time tactics game set in the First World War.

Releasing the definitive edition of my free 3d-puzzle-platformer Scheherazade's Journey.

Islands of the Caliph is an old-school RPG with grid based movement set in a fictional island civilization. Thematically it draws on Middle Eastern folklore...

Tactics of World War One

Tactics of World War One is a real-time tactics game that puts you in the role of a military leader in World War One, requiring you to make smart tactical...

Scheherazade's Journey is a 3D-Puzzle-Platformer. You are Scheherazade, the legendary heroine from One Thousand and One Nights, who tries to return to...

Explore a series of impossible, cyclopean mazes and fight ancient alien beings in this retro first-person shooter. Paradox Vector is inspired by the old-school...

Return Of The Gecko

I think many fans of Gex game series waiting for fourth part of the game. Return Of The Gecko- based on Gex game series, all rights reserved Crystal Dynamics...

Lotter vs The World

Millions of cycles ago, the subroutines of Acknex lived together in harmony. Working to create games and aid new developers on their path... But then...the...

Jump into the pilot’s seat of the Rigid Force Alpha fighter and blast off to take down hordes of infected aliens and dreadful machines programmed on...

Lotter vs The World Vol.2

Mod SDK & Community
Built a game for GameStudio A8 and want to support mods? Try mod.io, a cross-platform mod SDK created by Indie DB which makes it easy to get a mod community up and running in-game. Currently seeking games to integrate and promote

Tags
Embed Buttons
Link to GameStudio A8 by selecting a button and using the embed code provided more...