The X-ray engine uses GSC Gameworld's proprietary ALife artificial intelligence engine. ALife supports more than one thousand characters inhabiting the Zone. These characters are non-scripted, meaning that AI life can be developed even when not in contact with the player.

The NPCs have a full life cycle (task accomplishment, combat, rest, feeding and sleep) and the same applies to the many monsters living in the Zone (hunting, attacking Stalkers and other monsters, resting, eating, sleeping). These monsters will migrate in large groups. The non-scripted nature of the characters means that there are an unlimited number of random quests. For instance, rescuing Stalkers from danger, destroying Stalker renegades, protecting or attacking Stalker camps or searching for treasure. The AI characters travel around the entire zone as they see fit.

Numerous tactics can be employed to complete the game, such as rushing or using stealth and sniping. The NPCs will react in a different way to each of them. S.T.A.L.K.E.R.'s NPCs plan ahead by "Goal-Oriented Action Planning" in order to achieve this.


S.T.A.L.K.E.R. uses "realistic" bullet physics, similar in nature to tactical shooters such as Ghost Recon Advanced Warfighter or Operation Flashpoint. Bullets are affected by gravity, bounced against solid surfaces at oblique angles, and firearms are highly inaccurate when fired without aiming. To score consistent hits at medium or long range, players must aim using the iron sights
on their guns. Additionally, hit damage is pseudo-realistic, and the player can die after only being shot a few times (although later in the game various armor suits and artifacts can be acquired that increase the player's resistance to damage). Late-game depends heavily on scoped weaponry due to the well-armed and powerful enemies that keep their distance from the player.


S.T.A.L.K.E.R. uses a heavily modified version of the ODE physics engine, supporting hundreds of physics objects on different levels. Ragdoll physics, destructible objects, realistic bullet ballistics and skeletal animation can all be found in the game.


A weather system is integrated into various parts of the landscape and allows a variety of weather effects, such as sunshine, storms and showers. The weapons available, behavior of the AI, game tactics and ranking systems will depend on the weather. 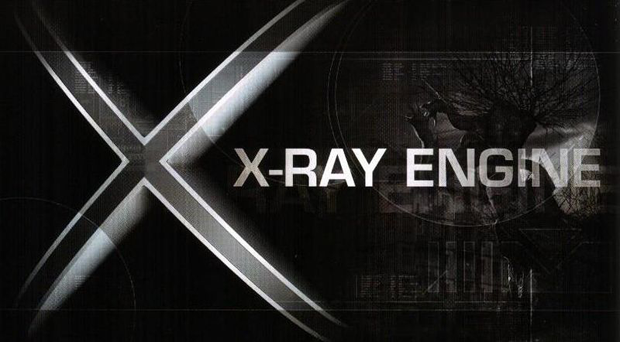 On the New Year's eve, the S.T.A.L.K.E.R. project team has prepared a special present for mod-makers and all the game fans. Following multiple requests, the team decided to put the Software Development Kit for X-Ray 1.6 engine (S.T.A.L.K.E.R.: Call of Pripyat version) under the Christmas tree. Please, note the following key features of the SDK 0.7:

! The tools are offered 'as is' and GSC Game World is unable to provide any technical support on this SDK. All the tools questions must be discussed on forum.

Have fun with the tools and Happy New Year!

Running Call of Chernobyl on Linux with Wine

A quick guide for running Call of Chernobyl (or STALKER in general) on Linux with Wine.

stalker is the best game series ever :) i even like it more then Half Life series.

I missed Stalker 2 :( I want stalker 2 why did it has to been cancelled
can like someone make stalker 2 as mod or game cause i have to play survarium that Ex-stalker 2 dev make now

S.T.A.L.K.E.R. is confirmed. Here are their new homepage Gsc-game.com .

x-ray is a great engine and probably the most capable engine I have ever seen.
Sadly though it is hard on the proccesor and RAM.

This mod/addon/whatever will bring updated engine with multicore support and fixed freezes: Moddb.com
The developers got X-RAY source code...

Their_FA wrote: Q: What kind of patch will be needed?
A: Lost Alpha is based on a beta patch, called 1.0007. This was never released to the public, but we had the opportunity to get it, and fix it up. The engine is now totally upgraded, runs better than ever. This means, you don't need any SoC patches for LA, since now it became a standalone (but still free) game.

Best game engine on the PC.

This is great game engine.

Mod SDK & Community
Built a game for X-Ray Engine and want to support mods? Try mod.io, a cross-platform mod SDK created by Indie DB which makes it easy to get a mod community up and running in-game. Currently seeking games to integrate and promote