Hello!
A somewhat shorter week of dev, given christmas is just around the corner (merry christmas to all!), but there has been some progress with the game.

First off, the bond and trade system has been fully implemented and now works with saving and loading. The bond system allows players to lend money, that after 100 time units, needs to be repaid with interest. The interest rate is calculated from the global economy and the economic status of the city. 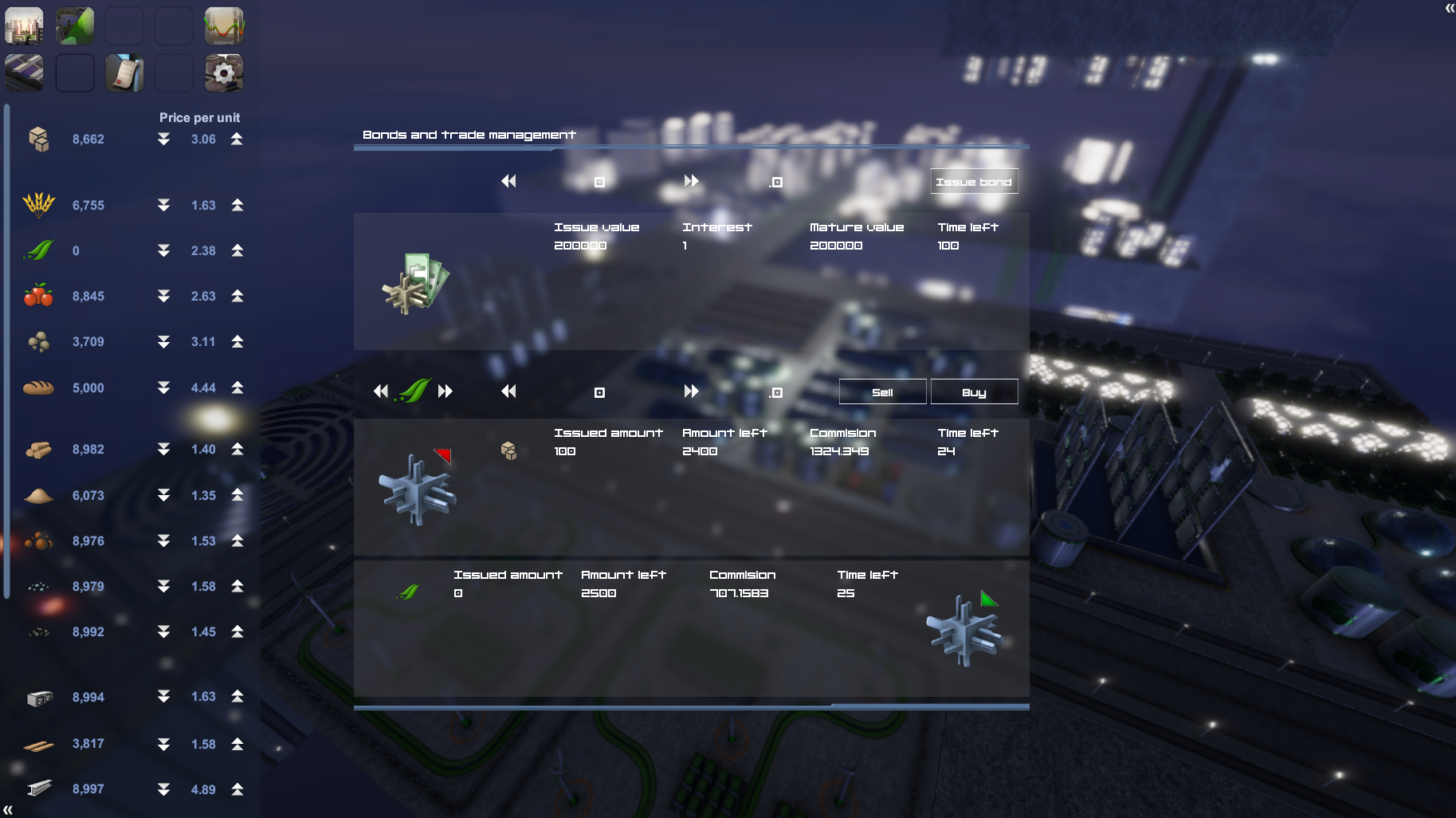 The options menu has been expanded to feature more settings. Aside from splitting things up into different categories, depth of field now has a focus distance setting. The camera rigidity settings has been implemented into the options. This setting allows players to set whether the camera is rigid or floaty. 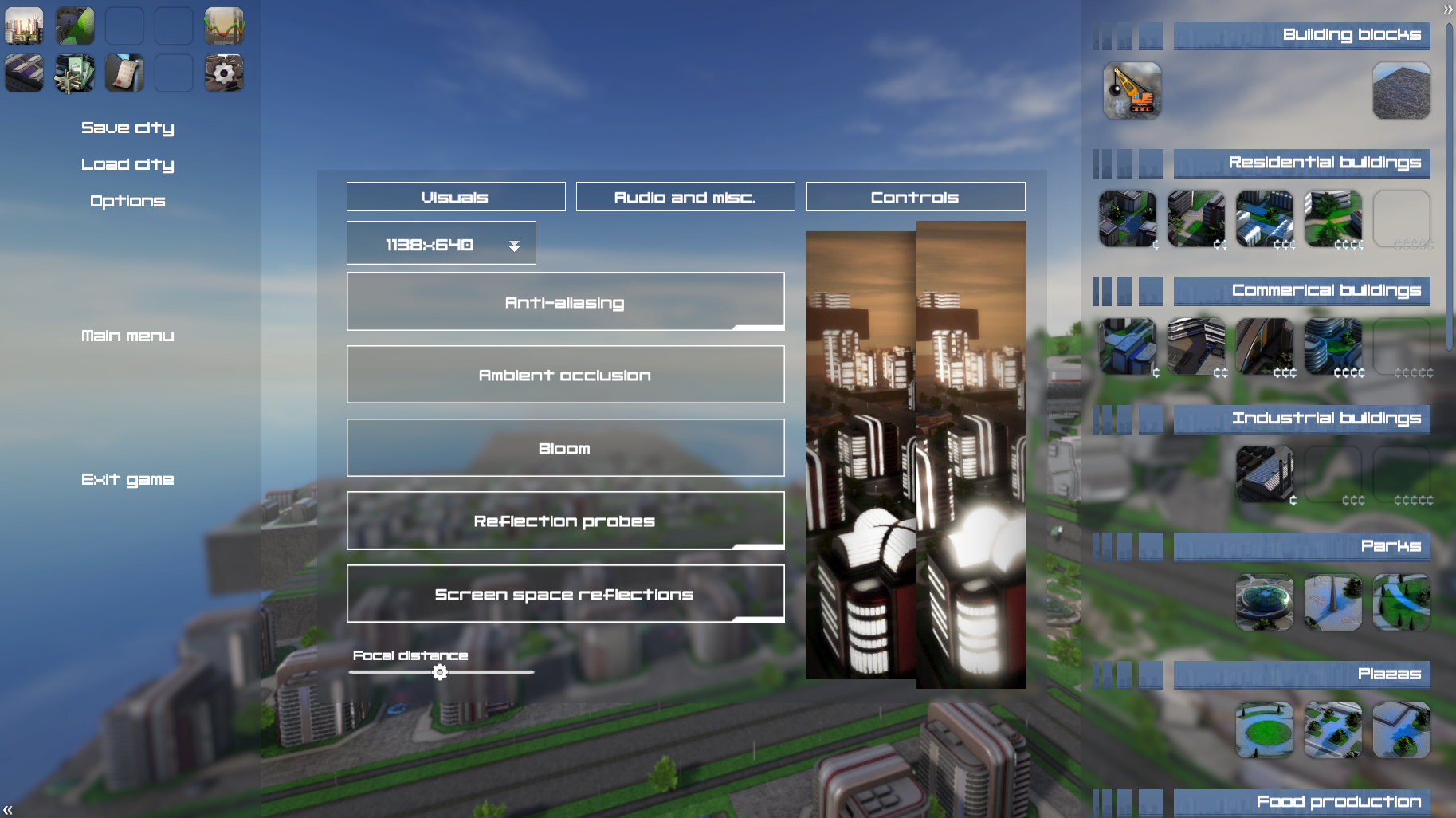 I've added a demolish building Icon, to move demolition from the right mouse button. This makes much more sense given the controls in general. There needs to be a marker added to show what is going to get demolished though. But that will be done next week. 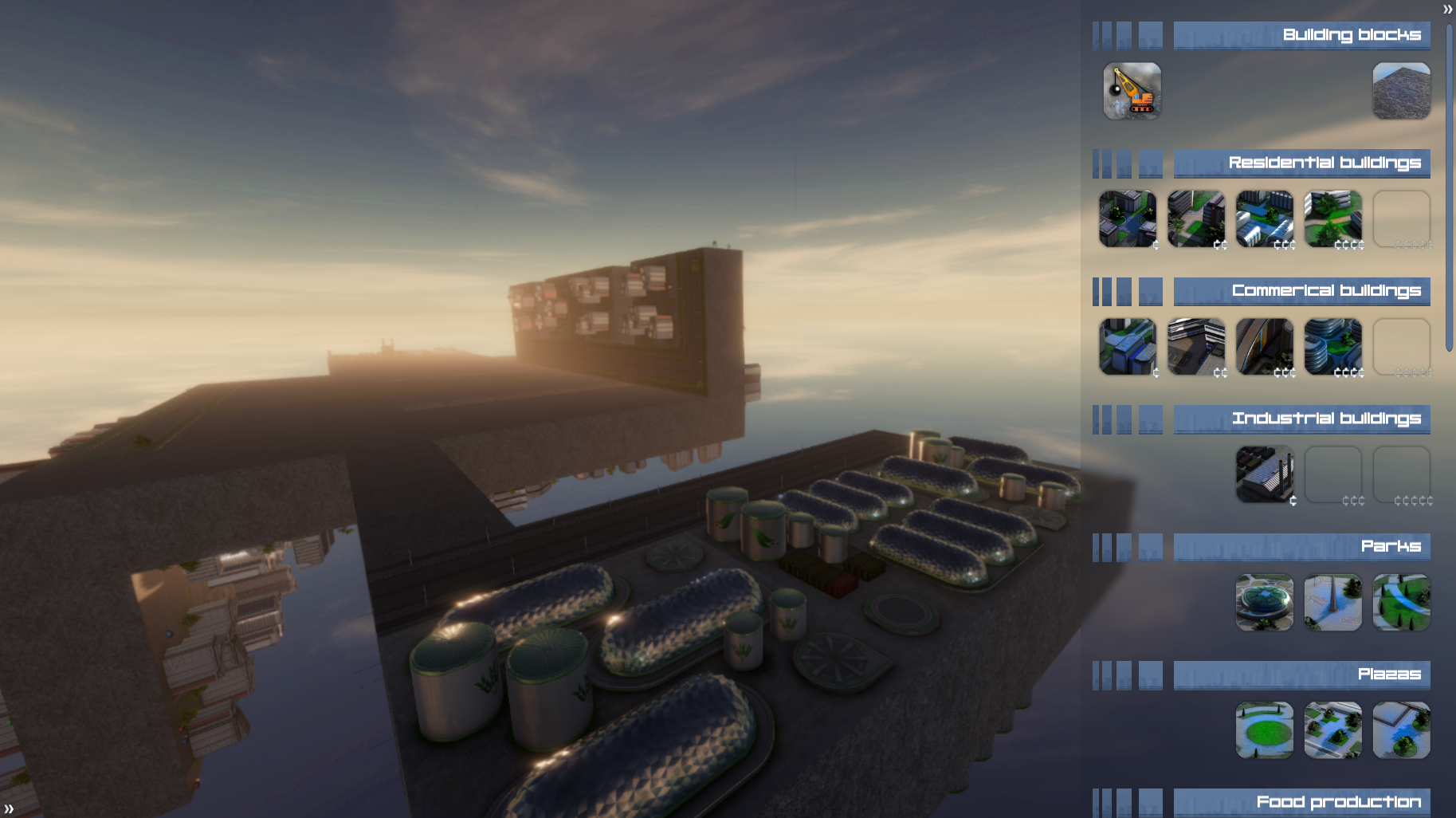 I've started refactoring and optimizing some code, namely the UI related code and the car code. The car code is almost refactored, but in doing so I reintroduced a bug where the cars loop around, so this will need to be adressed soon. 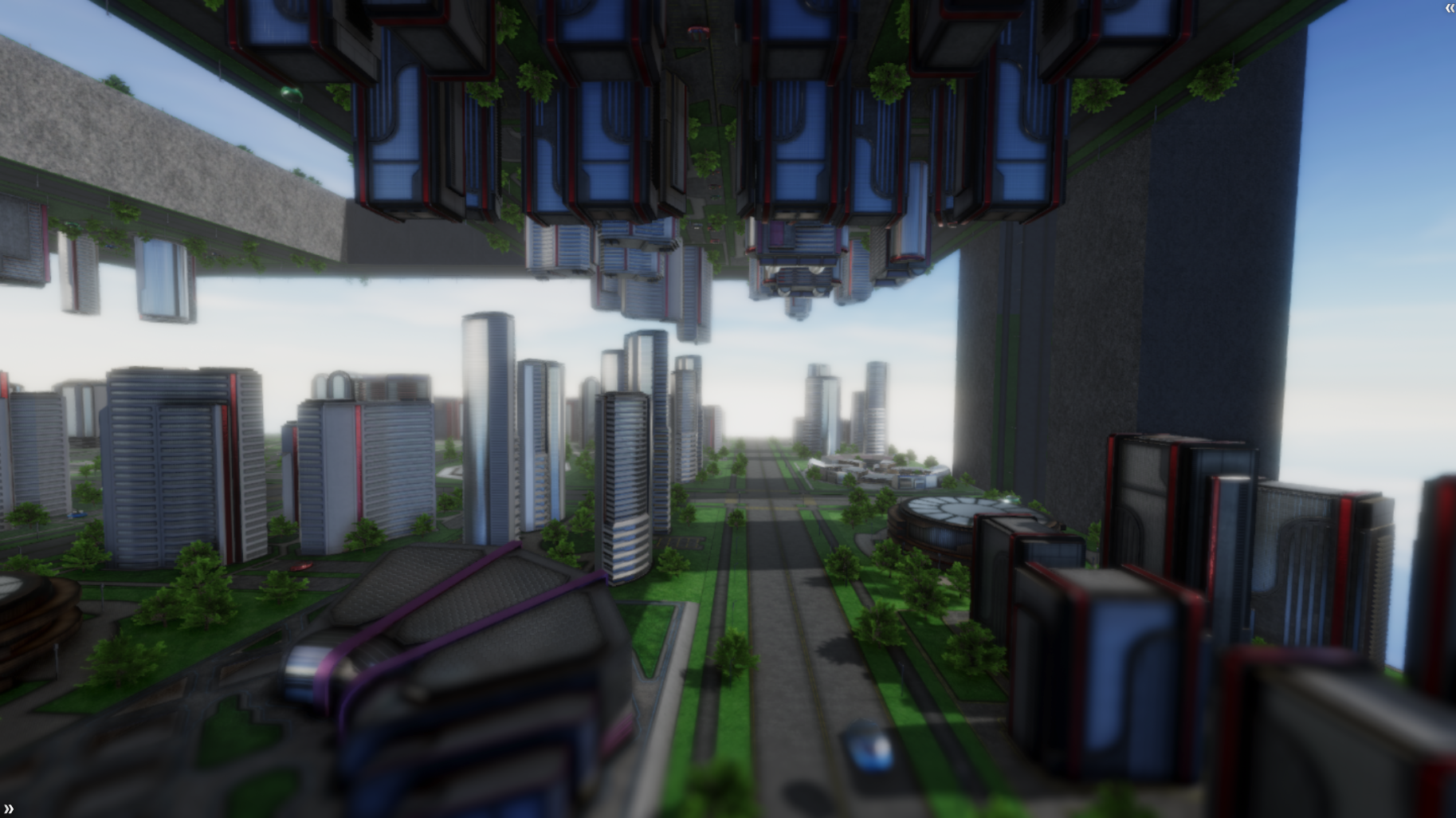 Overall, the game runs fairly well on my main rig now. It will be interesting to see how it runs on other rigs, and how other people experience the game, now that the early beta test is just around the corner! 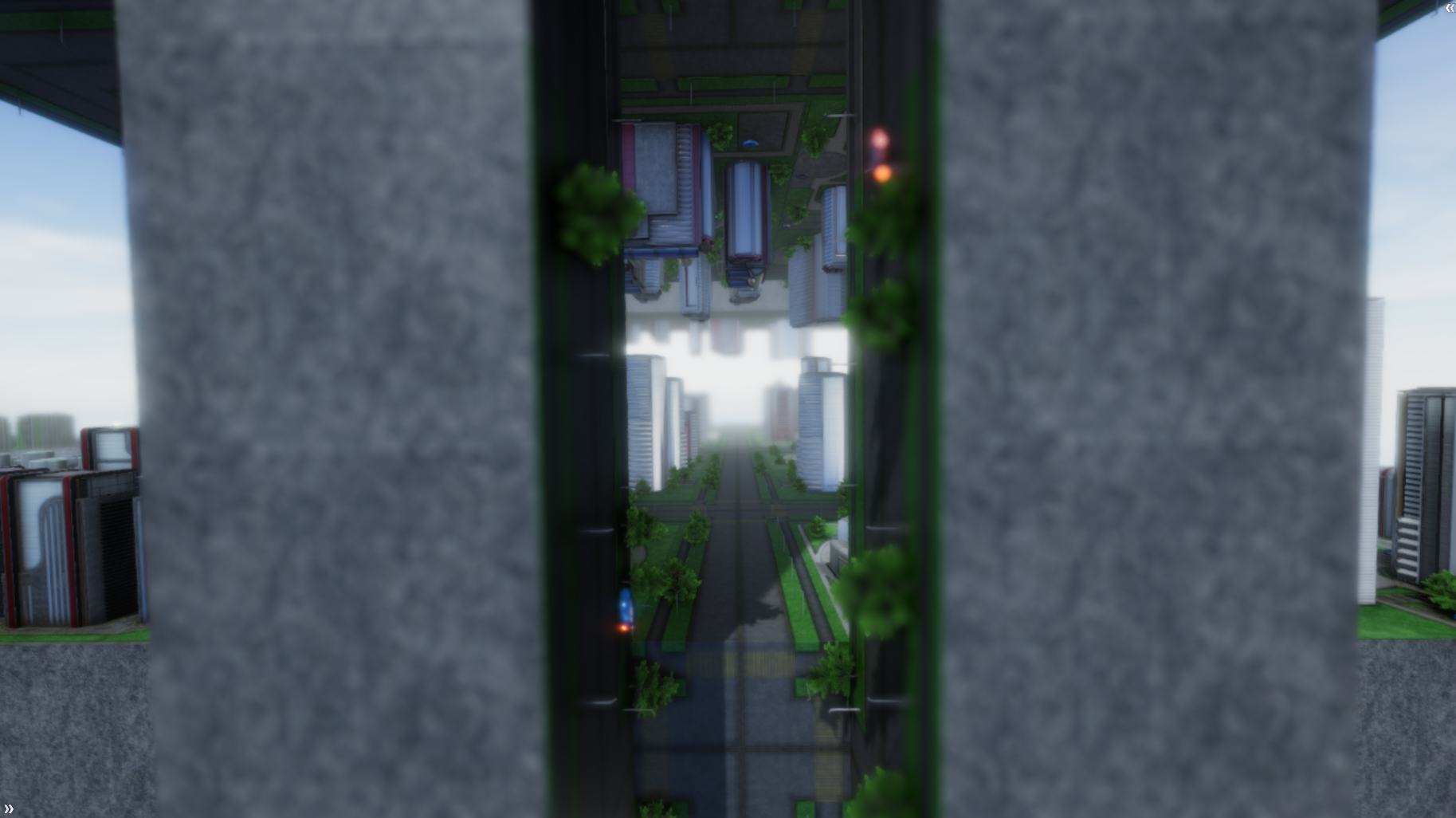