Still having fun with hit reactions :)

By the way, that's the new character model for the friendly mercs. The rigging is still WIP. Voiced by Professional Mr. Phann.

Got them in game and following the player, check out this gameplay video 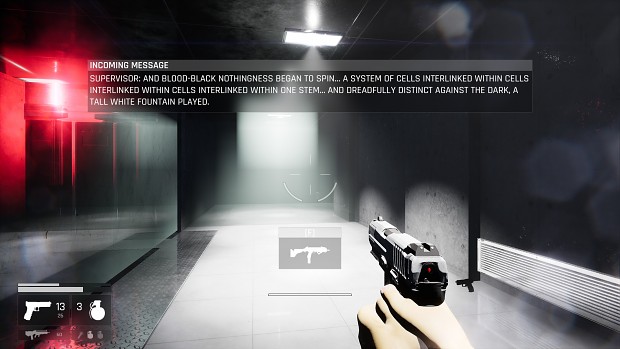 Quick mockup of a new Hud. The last one was made pretty quickly. This one aims to be less intrusive and more readable. The silly text is a placeholder, from the new Blade Runner 2049 movie :P

Still doing some research on this, but found a way to get softer shadows and better performance.

The harsh shadows/lighting in the last demo wasn't exactly a design choice but a quick and easy solution. This will allow us to budget for more lights and create more realistic environments. 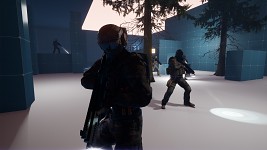 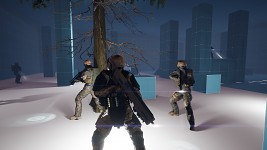 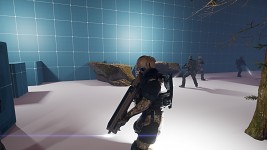 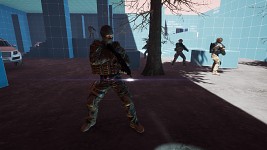 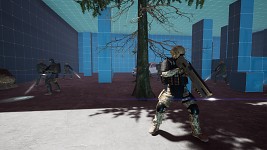 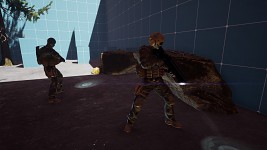 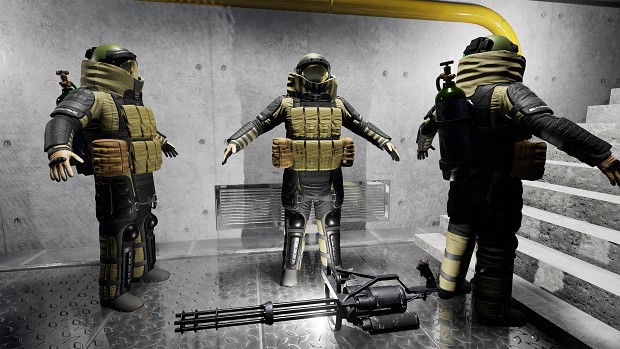 Heavy bullet spongey character is almost ready, just needs to be rigged. This guy can take a lot of bullets before going down.

If you played the last demo, you probably had to deal with those awful 10+ second long autosaves. Finally replaced that brute force solution with a more elegant one, there's still a slight hitch but with some optimization it will be seamless.

Kopter is working on doing a professional rigging pass on the characters and FP arms. We've started gathering references and models for guns and planning out the animations. Expect some much higher quality first person animations soon!

That's it for this time, be sure to follow and join the Discord for more news!

This gives me the FEAR vibes.

How are you making this so fast? It looks so good!

Thanks! Expanding the team and research into new tech and faster workflows. Some growing pains but it's really paying off now!

It's amazing how every time somebody looks at this, they immediately think FEAR.

man this looks so cool