Hi guys!
Today’s diary is about our graphics section.

The graphics for this level were originally started by Kika, our main designer. She set the colour theme and style. Later, our other designer, Adel, took over the level’s design.

She had to stay in the same design style, but she also wanted to make the level unique, so she thought up new details for the design, something that wasn’t used before. The idea that interested her the most was a bone-fossil design. The fossils used in level design are a combination of everything - dinosaurs, sea creatures, fantasy and sci-fi, merged together. 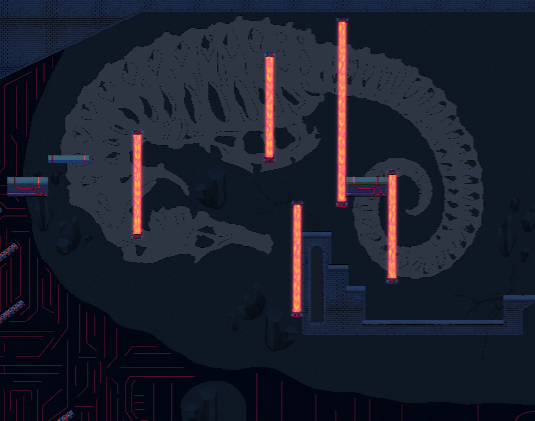 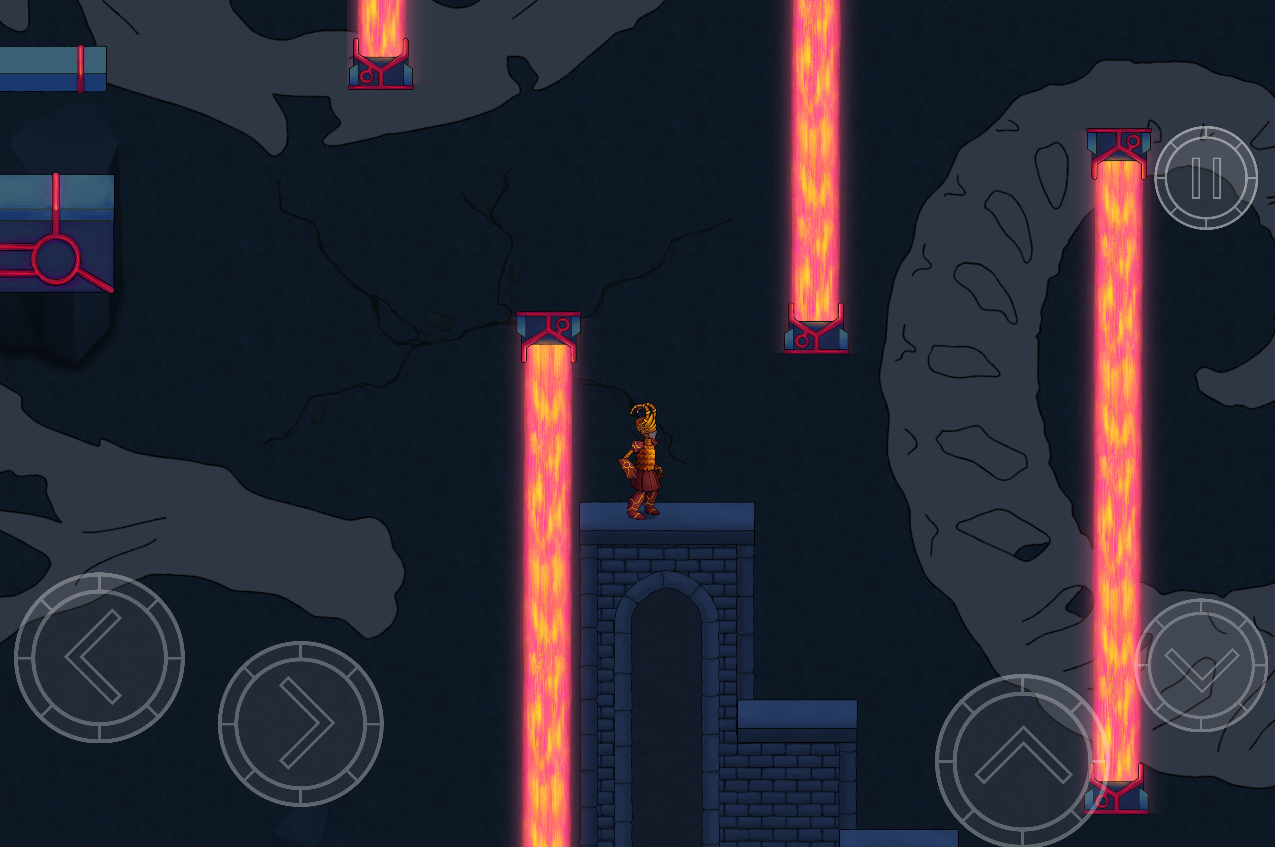 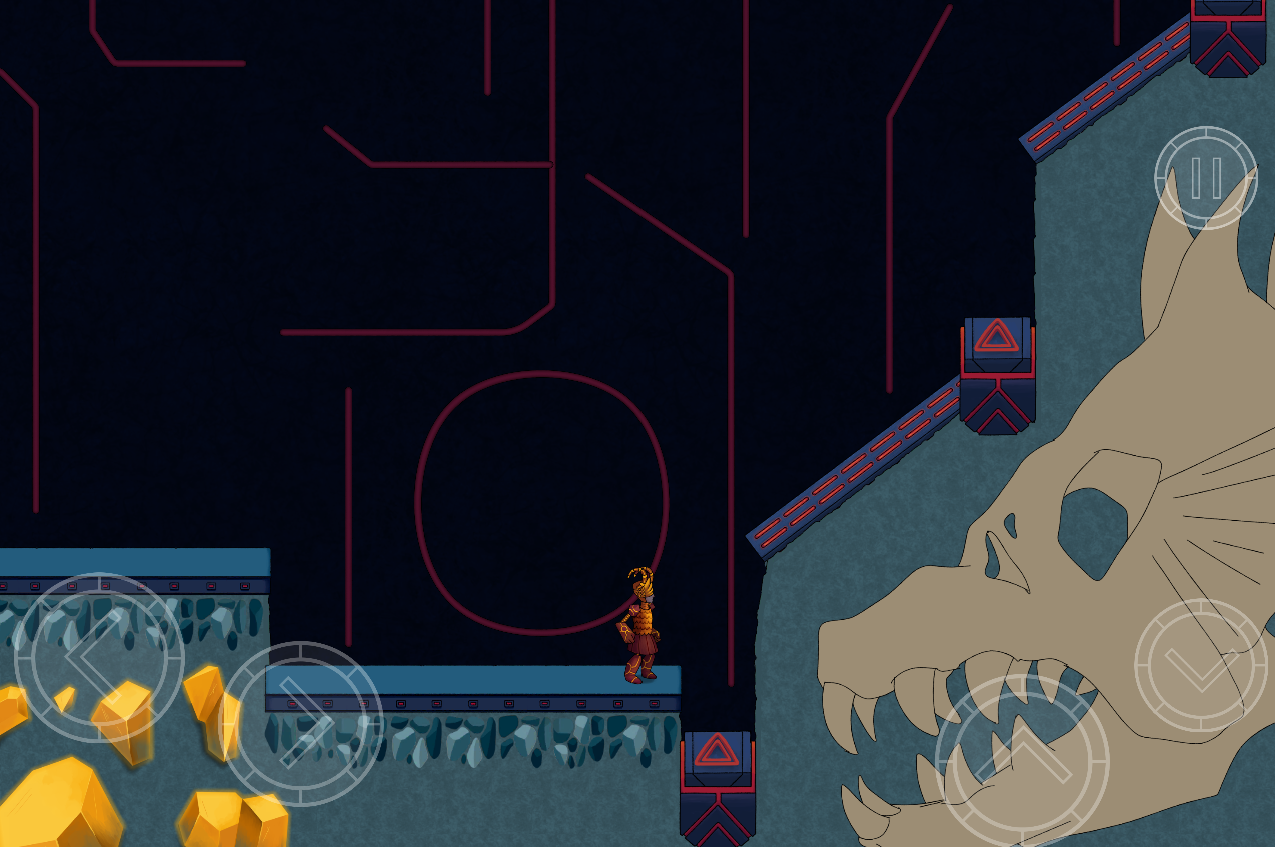 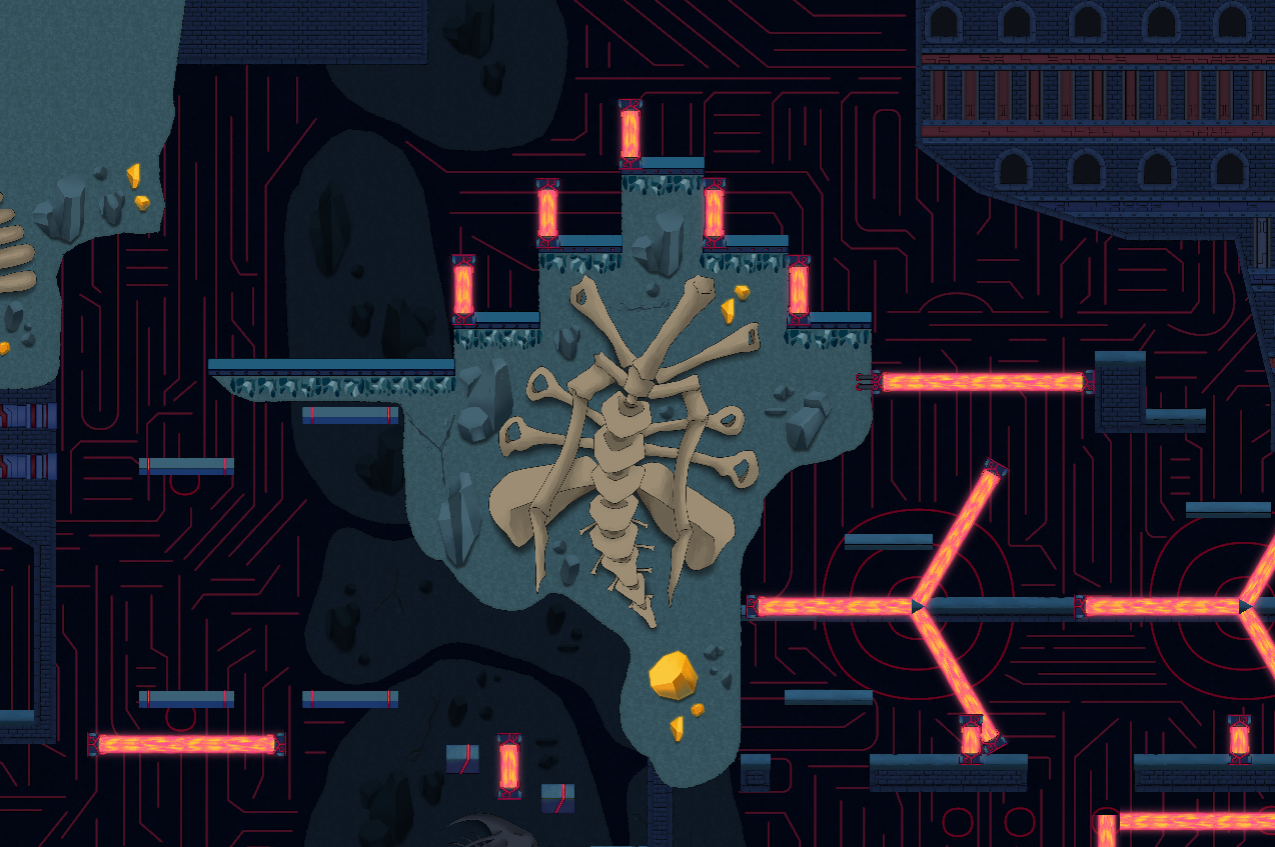 In the next picture, you can see new wall patterns. They are surrounding the slide platforms, and they don’t cross them. You can notice that every line is different and reacts to its surroundings, they are not just randomly thrown on the wall. 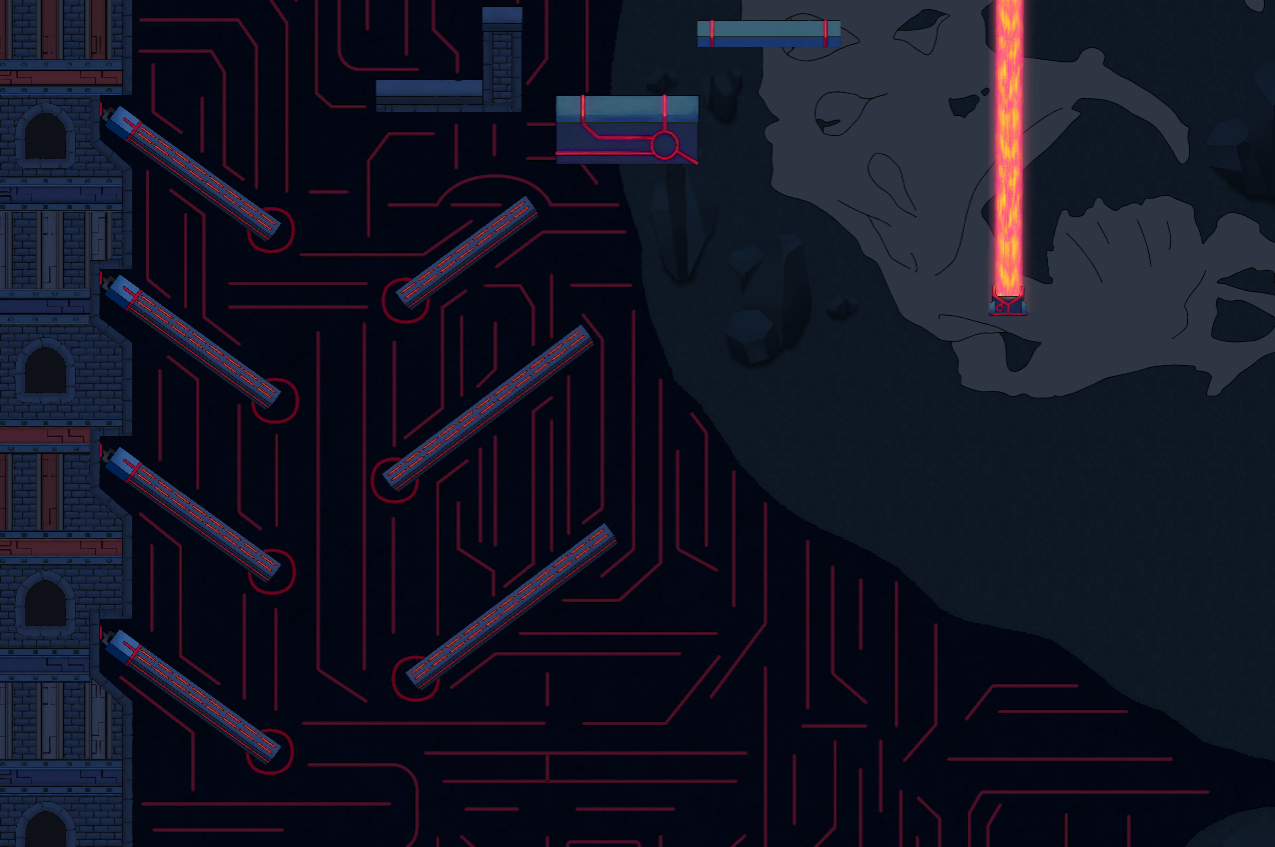 And the last picture shows a new machine. It’s connected to the platforms under lasers. It’s new in design but not in purpose - similar machines are used in other levels.

Machine (that kind of looks like a fish head) 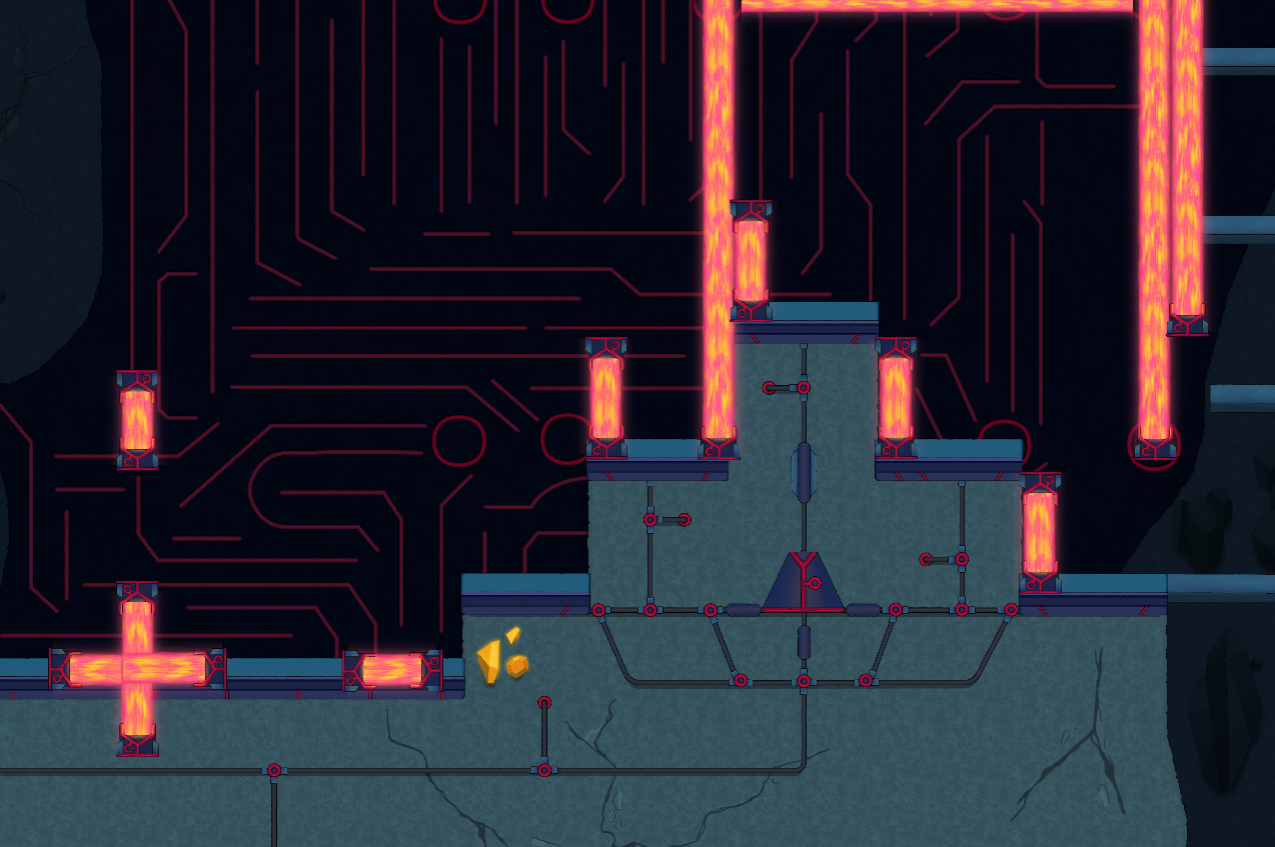