Hirelings are a new kind of ally we have recently added to the game. They are in effect companions but can only be hired for a limited time - and for a steep price.

Hirelings are a new kind of ally we have recently added to the game. They are in effect companions but can only be hired for a limited time - and for a steep price. They have no story of their own because they are only meant to represent nameless mercenaries, rounding out the abilities of your companions or making up for something you are missing in your comitatus. You always hire these henchmen from certain Factions. 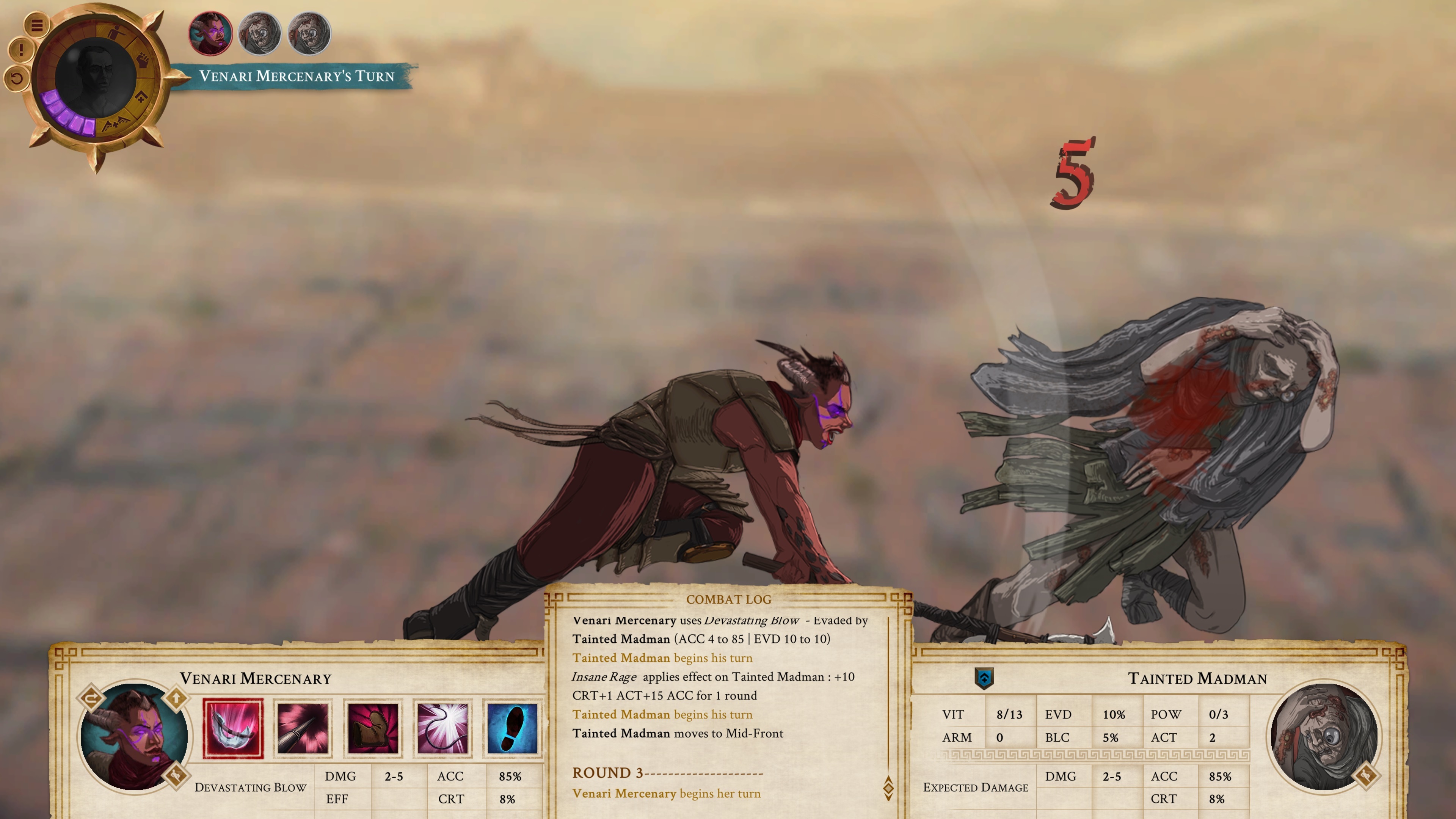 There are two kinds of hirelings: non-combatants and combatants. The latter can take part in Crew- and Companion Combat encounters, and are quite capable in both, armed with their own Skills and Combat Traits. Non-combatant hirelings do not fight but provide their versatile skills to anyone who can pay them. They will be added in a later content update.

There are stronger variations of each hireling available to those vagri who can pay more.

Hirelings can not be leveled up, their Prowess is fixed. However, they start at a higher level, which makes them much more powerful than most starting companions. Several hirelings have Deputy Perks, which can make them useful when you want to obtain a character with a specific role. Hirelings' combat skills complement those of your own companions, with most of the mercenaries adept at crowd control, tanking, or support Skills. 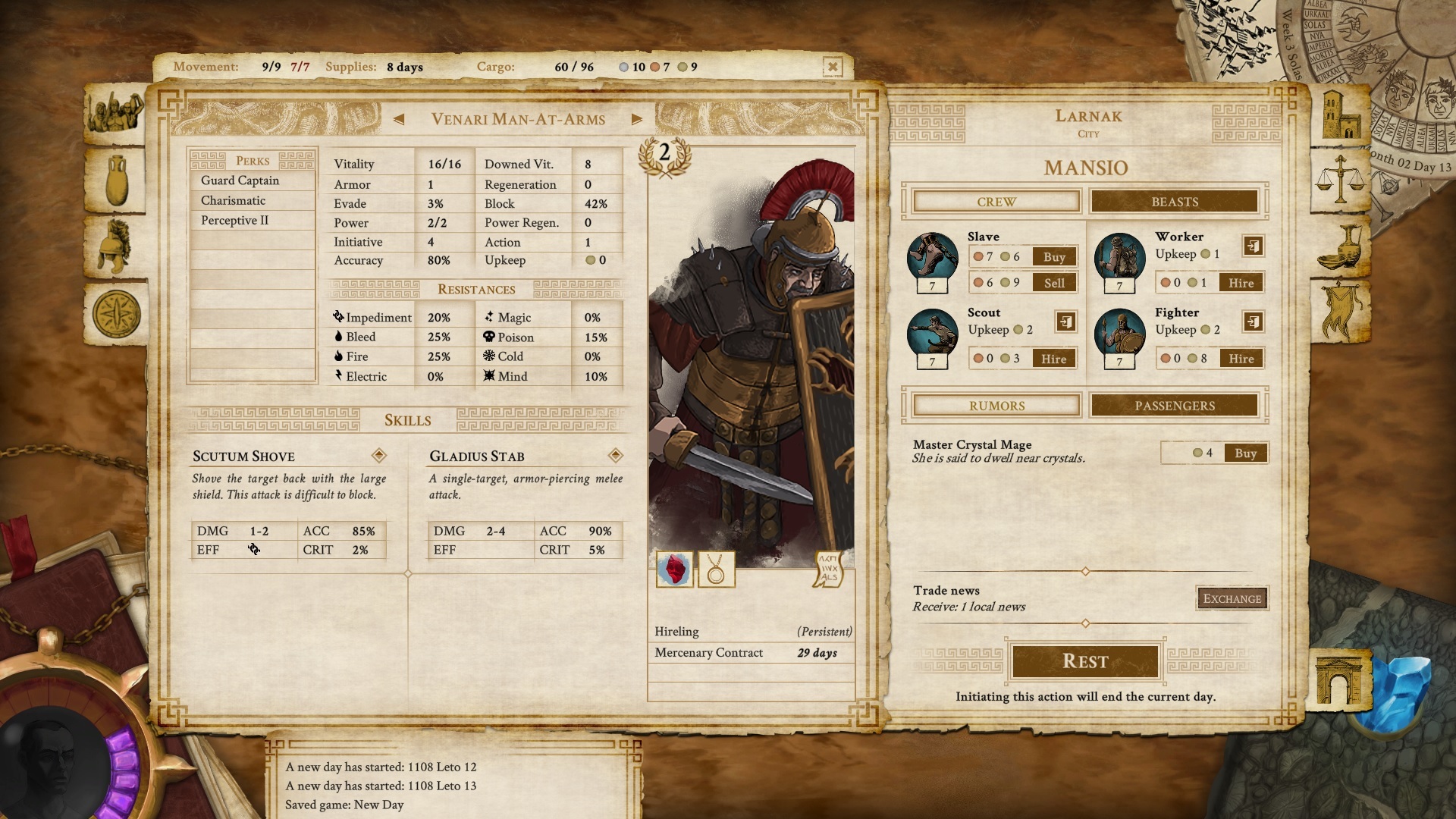 Where to Get Them

House Venari is the sole purveyor of hirelings at the moment but you do not have to be on friendly terms with them, only neutral, to be able to make use of this service. Higher standing with the Faction will give you a significant discount on hirelings. If you are interested in these specialized mercenaries, seek out the Venari villa in the city of Larnak in-game!