Check out early concept art of the Delton Colossus, and its glorious past days.

This is a repost of City of Steam Content Dev Journals 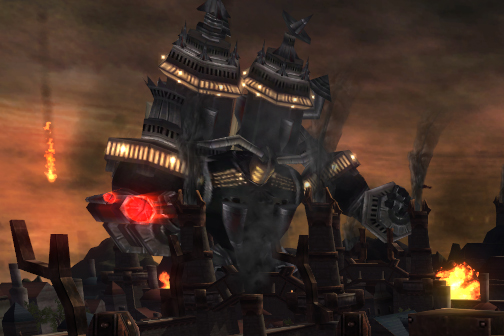 The 6 City-States of The Heartlands have never been the most powerful of military forces, but not unlike Canada, they’ve always enjoyed relative peace and quiet. In Delton, one of the City-States, the main reason for this is because of the Colossus(the difference being that the Colossus isn’t made of delicious maple syrup).

Immensely powerful, the Colossus was made by the Paragons in ancient times and lies dormant, waiting for a time when it is needed to defend against a great threat. — Would you like to know more? Please read this about the history of the world of City of Steam and how the Paragons shaped it! –

If you’ve played the game in Closed Beta, you’ve probably already seen the Colossus of Delton. He is the gargantuan automaton (also referred to as “oversized toiler” by some) stomping in the foreground, fighting the Songbreaker (the ugly flying… dude throwing fireballs at airships)… Even though he is part of Delton’s daily life, and there are stories of him stirring, zapping and shooting a missile or two at something (or someone), nobody alive today has ever seen him fully awaken. That really only happens in reaction to a coming apocalypse or a massive war… let’s just say that you want to steer clear of the Colossus and the thing that woke him up, whatever the reason. 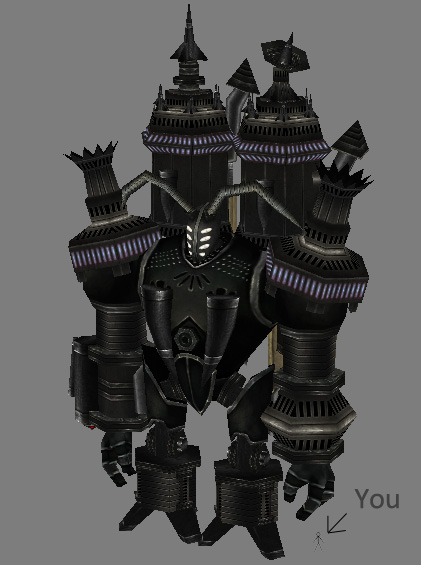 This is a rough estimate of how large this thing is...

It is said that the Colossus affects and is affected by the general attitude of the people living in the City-State he protects. Deltoners are a very neutral people, which is reflected in the Colossus as it doesn’t like being around armies (whoever’s they might be). Furthermore, they are cautious, well educated, some might say a little paranoid and with a good sense of danger, probably augmented by living near the Colossus for such a long time (which still makes them sound like Canadians). How much of this comes from influences of either the people or the Colossus itself, no one is sure.

You can see part of this from when the alarms that go off in Delton during the tutorial. The safety protocols are mainly there for non-Delton natives’ benefit and the really young or old, but in this extreme case, it sort of applies to everyone… There was even a lot of debate about the necessity of evacuation plans in the past, which you’ll know a bit more about if you’ve played through the Heartlander storyline. Good thing they went ahead with them!

The Colossus itself is an absolutely massive being, armed with a veritable arsenal of high-powered weaponry which includes cannons and a right hook that’ll leave a dent the size of a house. In a very early stage in its design, the Colossus was more of a giant-tower monster that unfolded into a multi-armed creature. Finally, we ended up with a more bulky walking-fortress design. 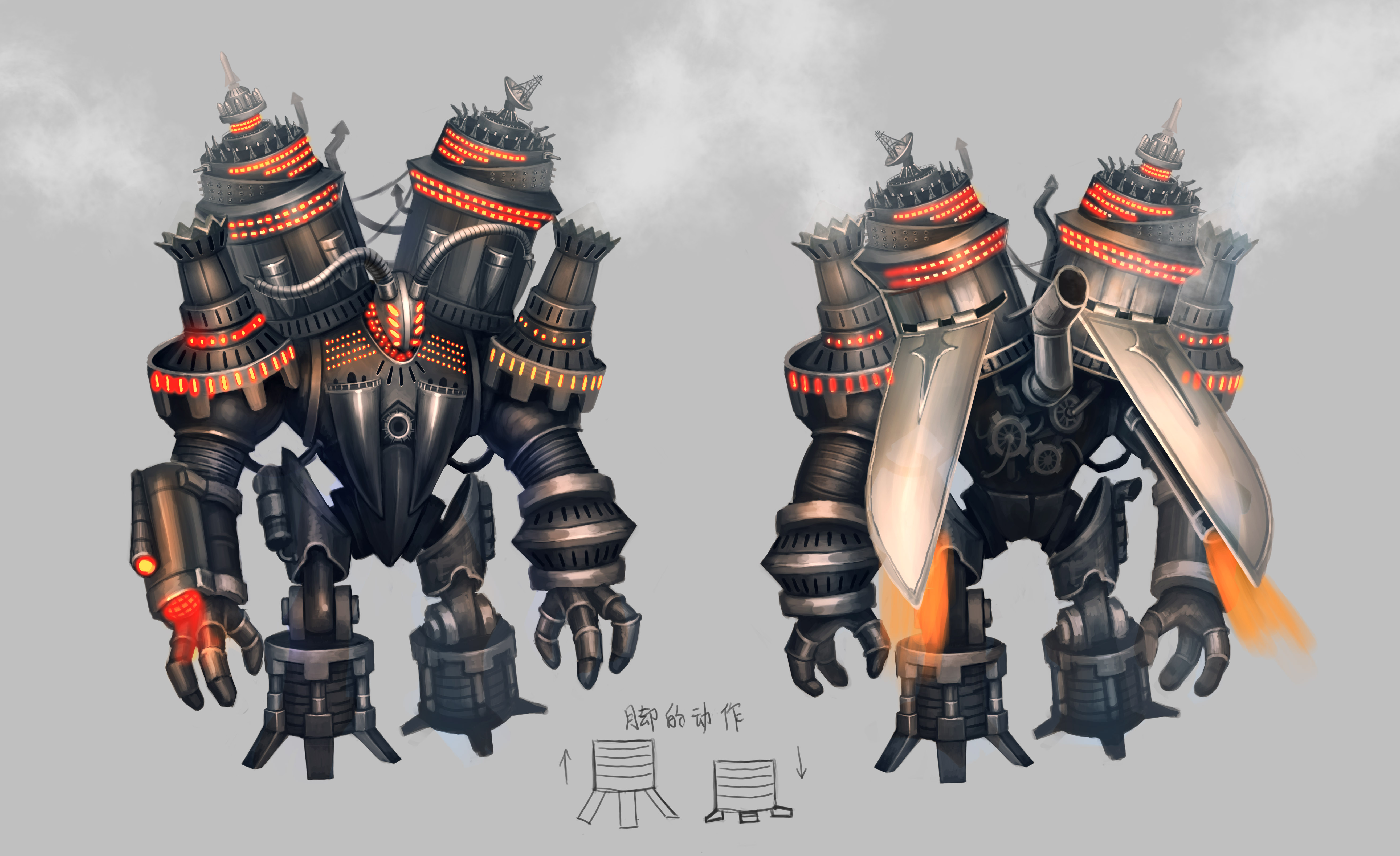 Well, that’s it for this time around. Please stay tuned for more coming soon and head over to the forum to talk about your favorite Colossus moments…!

This looks really interesting, I like the concepts and the story :D

I want a Delton Colossus.

and if it stumbles and falls!?!

its very very dangerous life there,but it the concept is well