First-run Cross-server PvP Wrap-up
First fight of the brand new Cross-server PvP came to an end on Sunday, we're glad to see players enjoying the fierce competition. The defeated Nexans have started pouncing back to retake lost ground, and there are new challengers as well. The higher the rank, the closer the epic Steam Griffon becomes. Can't wait to see the next round fired up. 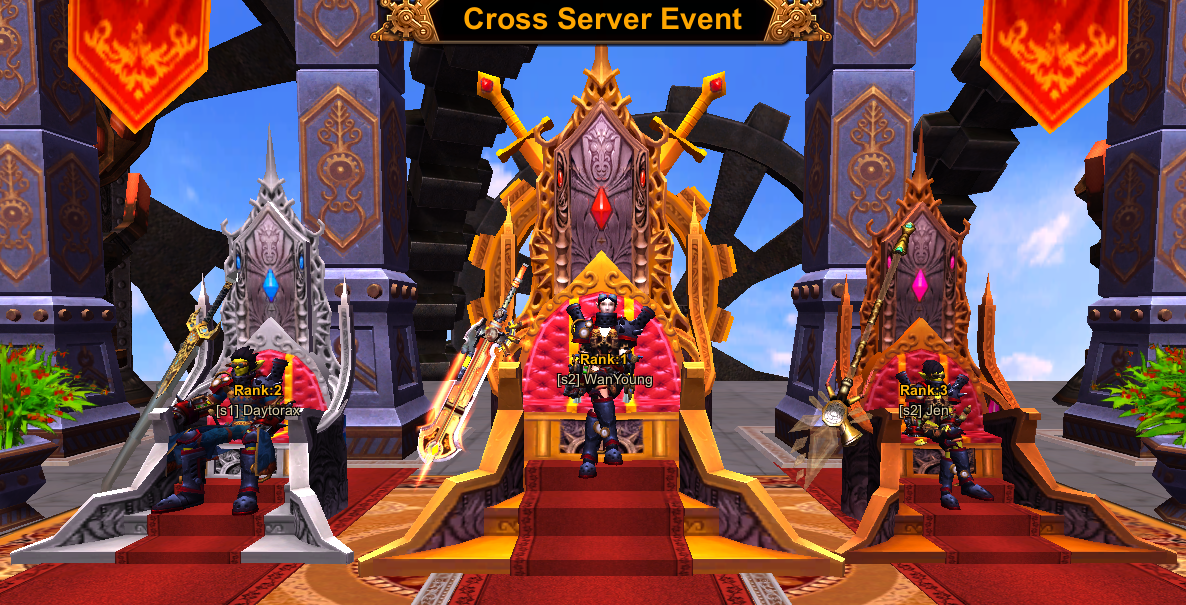 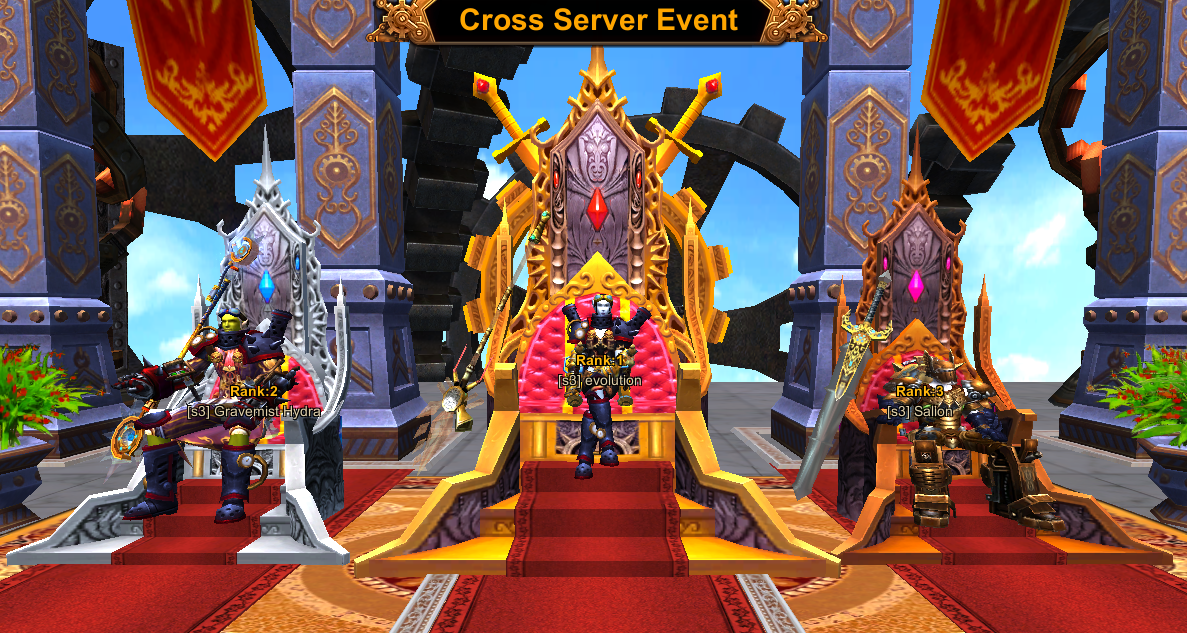 Tower of Peril really lives up to its name, waves of mobs with sick Power maliciously lurk on each layer of the Tower. All players have a chance to assemble an awesome the Steam Scorpion if they can survive as many Layers as possible or strike it rich with opening up some Chest (it's rare of course!).

In 2.6.1, we will overhaul the Crafting system; all functions inside it will be reworked and the new interface will be more friendly and easy to understand. Catalyst will be completely unnecessary in the new Crafting system but we are not simply removing it -all Catalysts will turn into something valuable instead. As the development and testing are not completed yet, the preview screenshots are pretty rough (but still can see the difference): 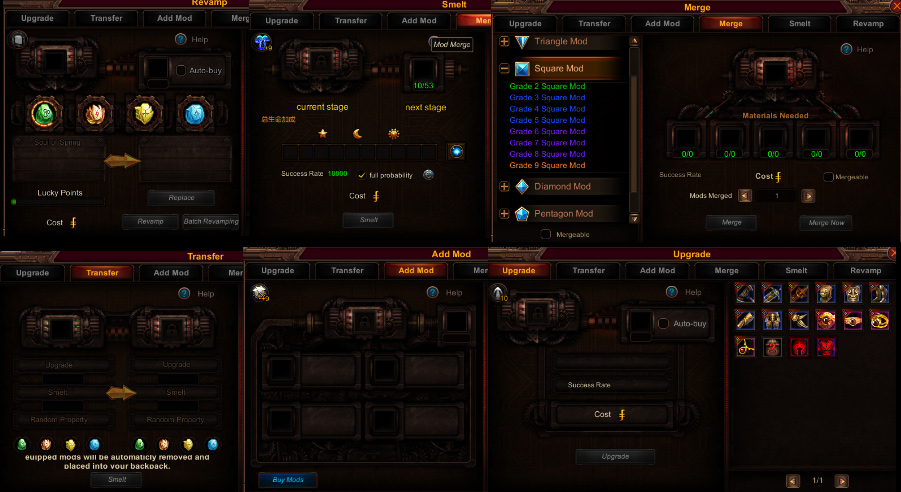 In addition, 2.6.1 will introduce a new in-game currency called Bound Electrum which replaces the old Spiremarks, which still can be viewed on the Shop interface. It looks like Electrum and can be used in exactly the same way (purchasing items from the Electrum Shop, etc), but it’s Purple and bound to your character. Anything purchased with bound electrum is, you guessed it, bound. People with remaining catalysts after the upgrade will exchange them for Bound Electrum, which is a good trade. 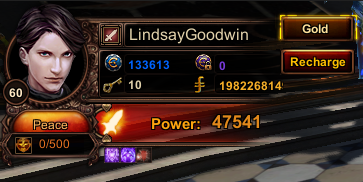 Always remember to keep an eye on our official website for news, updates and events. Have fun! 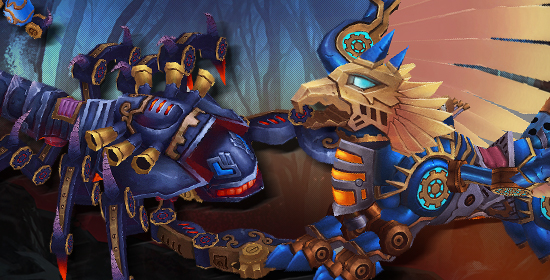 Hello CoS community,
Welcome to the brand new version 2.6, a major update that brings in Inter-server Wars that yields new enormous mounts like the Steam Griffon and a large expansion (Tower of Peril) to the end-game that keeps things competitive even at the level cap. You can also visit the following URL to know about new features of the update:

City of Steam Design Dev Journal - Off to the Wilds We Go!

New Design Dev Journal - Off to the Wilds We Go! Read all about our newly introduced level type "Wilderness"! What are YOU looking forward to the most...

A wild Dev Journal appears! Check it out, it's about Alpha Forum Avatars!

Mechanist Games Off to PAX East/GDC 2013!

Horray! We're off to this year's PAX East and GDC, our PAX booth is 582, welcome to drop by!

Some City of Steam music composed by David Lindsay, who also is the lead designer of the game. Go to official City of Steam website to get more to listen...

Wallpapers of City of Steam

Splendid 1024x768 wallpapers from City of Steam, shadows of evils or lights of justice? Visit City of Steam official site to find more.

Screenshots of City of Steam

Some cool screenshots that you don't want to miss. Go to City of Steam official website to find more.

City of Steam Banners and Icons

Take a look at the cool banners and icons we provided, ready to smell steampunk.

I really liked the idea of this game, and I even took my time to participate in some of the closed beta events. However, as there was some publisher that came along, the account that I used in the beta events was removed and I lost interest.

waz up! looking good i be watching

City of Steam is a browser-based game, the only thing you need to do is get the Unity webplayer installed and start playing when OBT comes out.

Real excited for this game. I love steampunk, and I love MMOs. I also love free stuff... please be a good game!

I want a blunder Buss, the things are pretty awesome.

haha, still have some time!!:P

Back to the news of no data wipe, does that mean when the game finally reaches public release we get to keep our stuff? I know the data wipe is only currently not going to happen between this session an the next, but what about afterwards.

Sorry for the late response. As for your question, we'll wipe out all Closed Beta data when OBT comes out early next year. But we won't do any wipe after the game is officially released.

no problem, a response is a response even if it's late (even though sometimes they end in disaster)

Thanks for keeping an eye on our game, I do look forward to meeting you this Friday! :P

I'll be there, wish I leveled up more but I don't always have time to play the game so you know.