We showcase Aelizia's high poly model with and without cape. Also, get ready for another time-lapse!

Posted by LittleSpiritStudios on Jul 15th, 2021

After showcasing the first steps taken towards Aelizia's character model, we are back with more news on our main character's modelling progress. We'll be picking up right where we left off last week, close to the finish line of the sculpting phase:

As you can see, all that was missing was the face, hair, and, of course, Aelizia's beautiful cape. We were under the impression that this part would be a walk in the park, but nothing is ever that easy in game development, right? The simplest things can turn out to be the most difficult to overcome!

And that's exactly what happened with the sculpting of Aelizia's facial features. We faced many hardships during this part of the sculpting process, probably because the 2D facial concept lacked details and should have been improved before we moved on to 3D. However, in the end, we persevered, and Aelizia's face actually turned out better than expected, don't you agree?

After that, sculpting the hair was quite simple, even Aelizia's twisty braids. And it was finally time for the pièce de résistance: the Eclipsed cape. Since this is such an important part of the model, we decided to showcase another time-lapse video with the sculpting of Aelizia's cape:

And voilà, Aelizia's high poly model is finally done! It took a very long time and lots of blood, sweat, and tears, but Joana soldiered on and came out victorious! Here it is, in all its glory:

To better showcase the modelling process, here they are, side by side: first the blockout, then the high poly model, first without cape, then with it. We were aiming for a semi-realistic style, that is, we tried to combine realistic and stylized elements to produce an aesthetically-pleasing model without focusing too much on the realistic details of things like organic features or textiles. So we compromised, adding a bit of detail here and there, but without exaggeration. What do you think of the result? 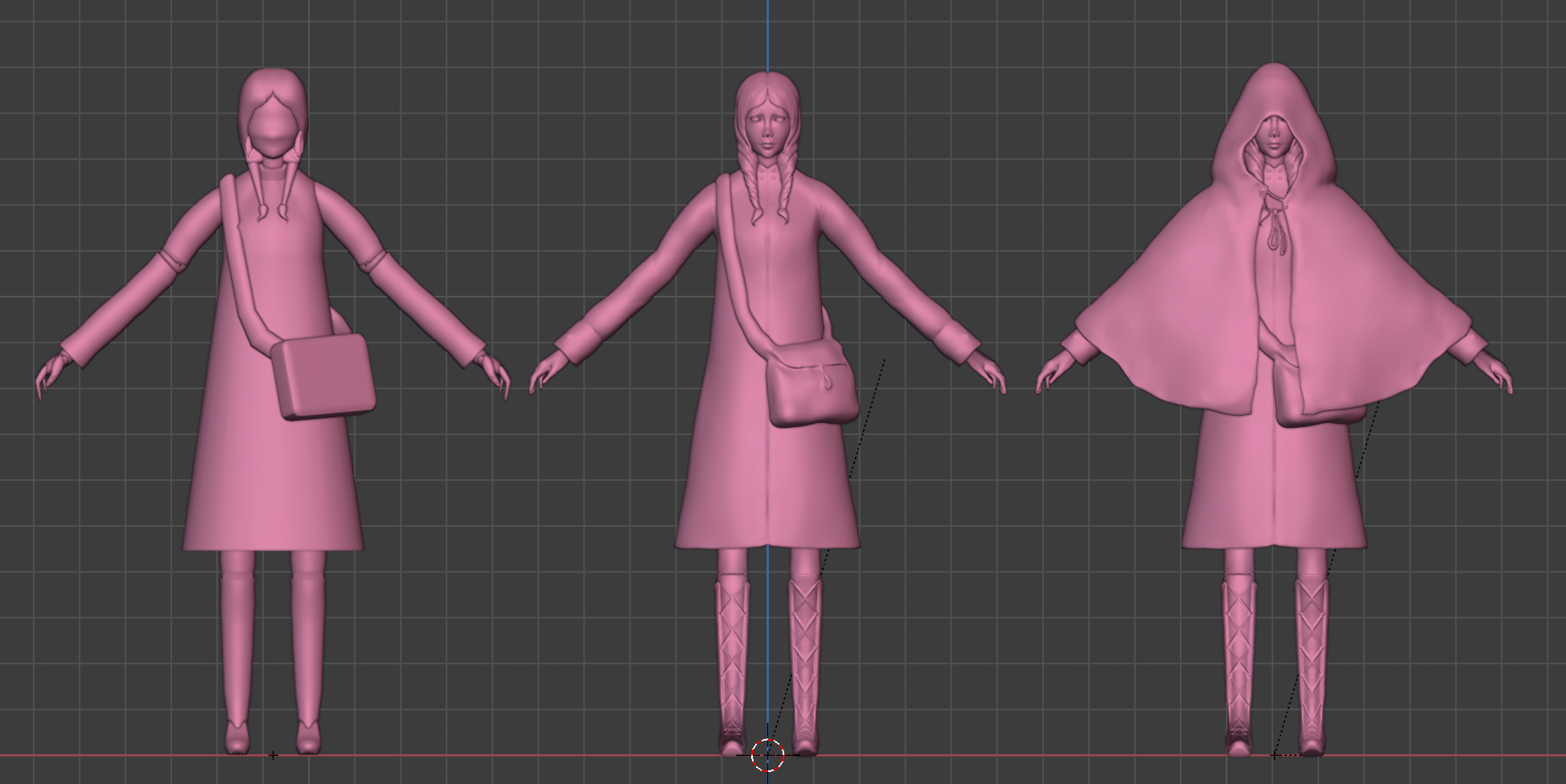