In which the colours of level two gain some variety; and the new trailer sees progress.

This week's screenshots show level two, now with some additional variation in its colours: 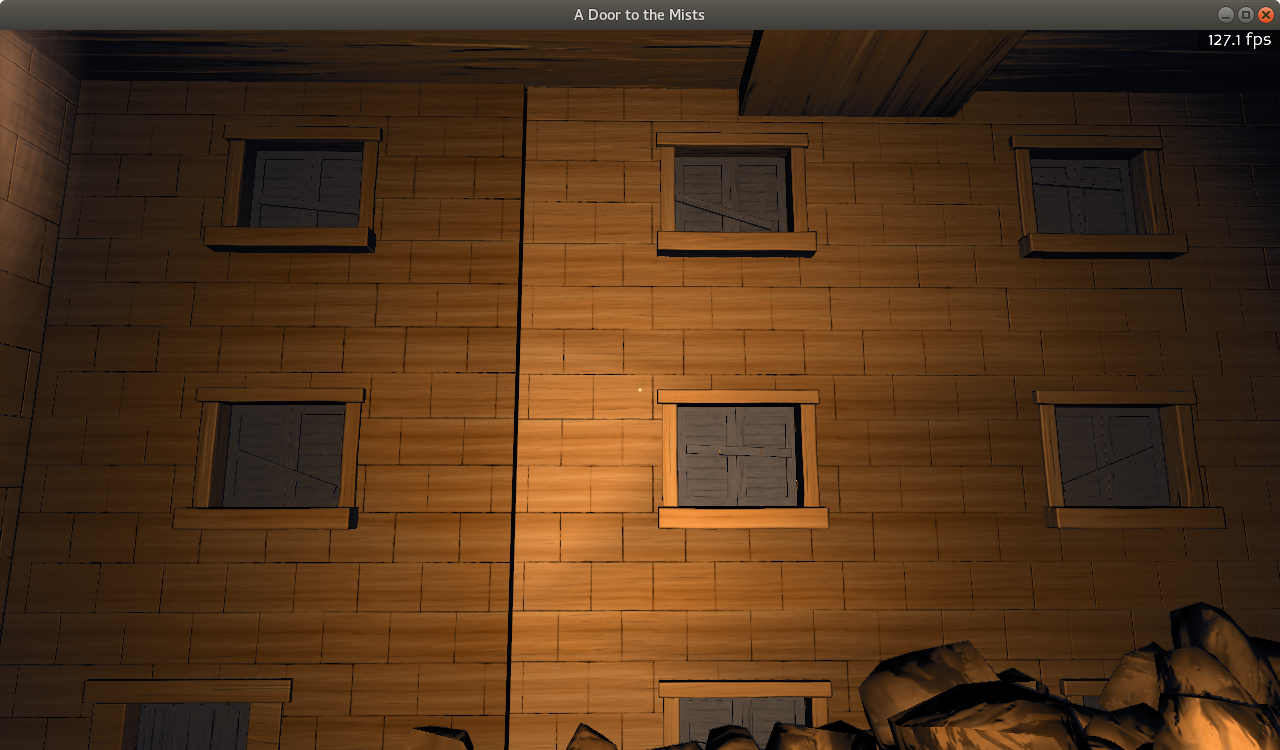 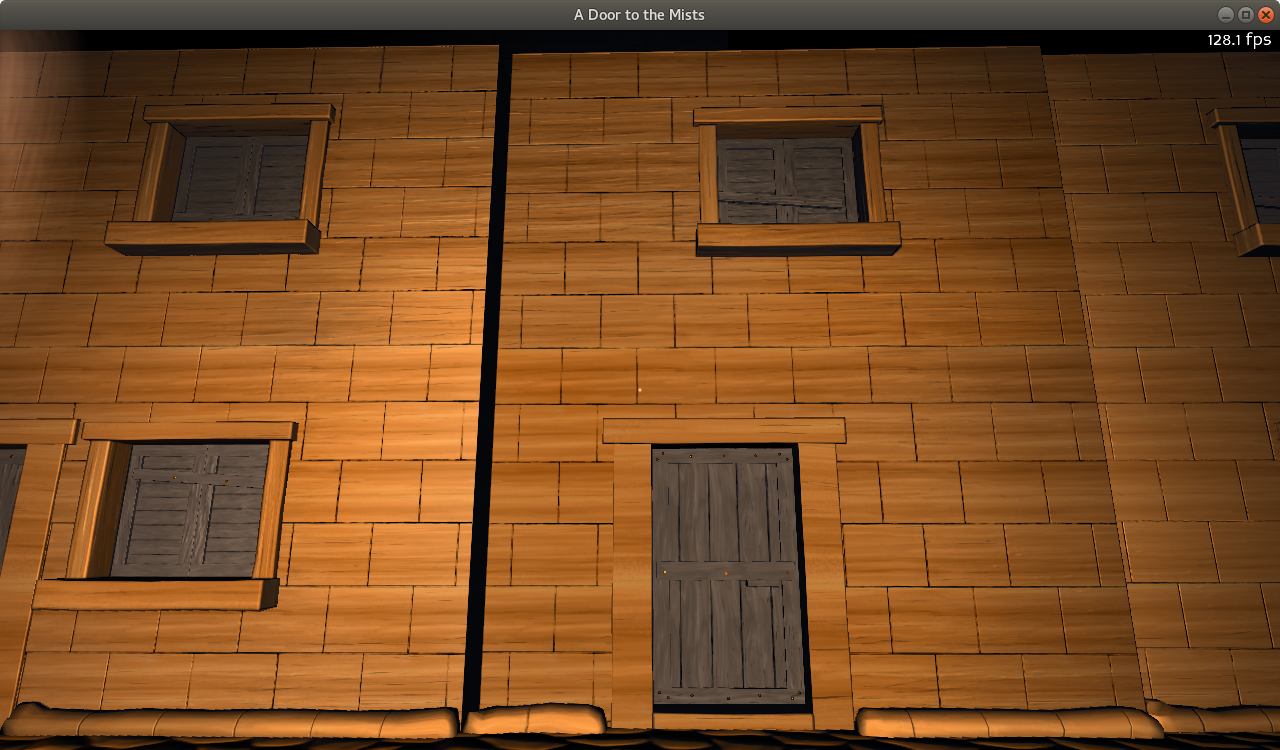 The week just past was largely divided between the above and video-making:

As shown above, progress has been made on varying the colours of the buildings in level two! There are a few changes and fixes that I yet want to make, but I think that it helps already to make the place less uniform. ^_^

(And better yet, while the frame-rate does vary, it seems to not drop as low and as often as in the version that troubled me on that point.)

There was one obstacle to this (other than the process being a bit of a tedious one): it involved applying vertex-colours with values greater than one. And while I had a way of exporting such values, it turned out that Panda was clamping them to one!

So, based on advice from the Panda3D forum, I've instead placed the relevant data into a second "layer" of vertex-colours--or more accurately, into a per-vertex auxiliary field. (Something that I already had exporter-support for.) My shaders then combine the data from this "layer" of colour with that stored in the standard vertex-colours, allowing me to thus produce the inputs that I want!

Exporting the level takes some time, so while not attending to the level I primarily worked on the trailer that I intend to make for the new version of the demo. I'm fairly happy with its progress, thus far--although I imagine that I'm soon going to want in-game footage to include, some of which may depend on getting level two done and settled!

For now, let me share a look at the (likely work-in-progress) end-slate for the trailer: 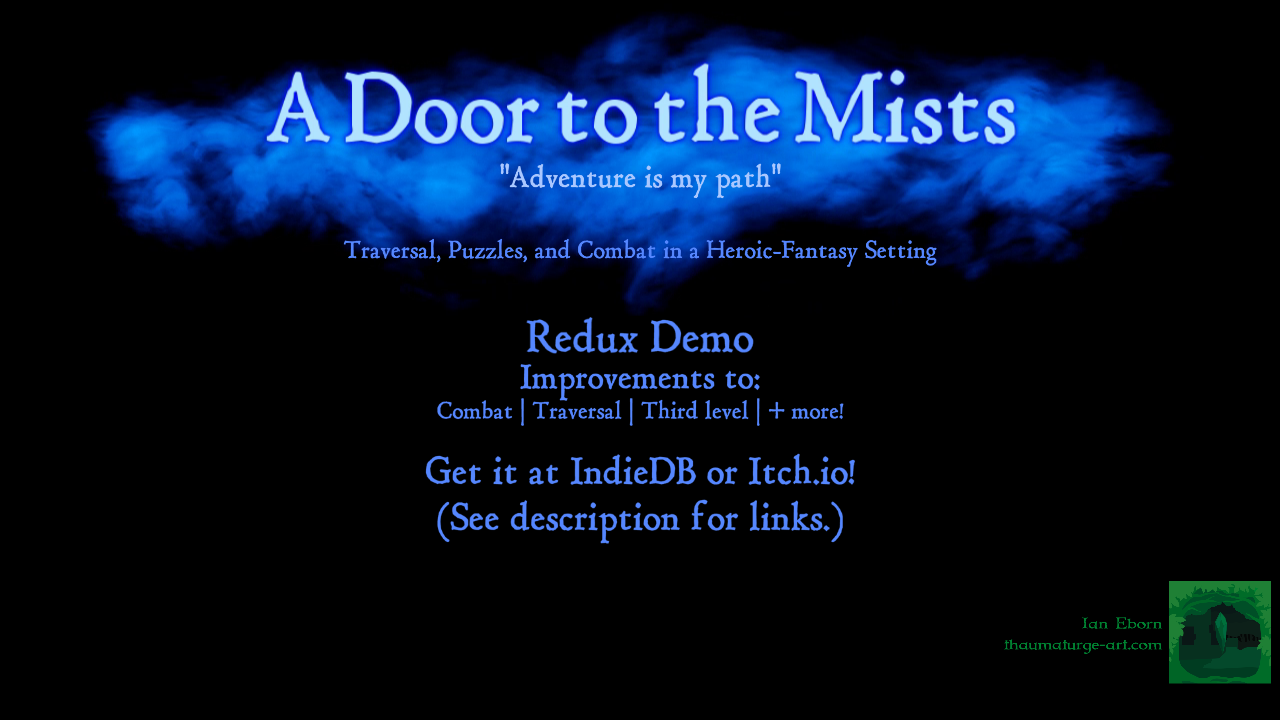 (To be clear, the redux demo isn't available yet--but I intend for it to be so by the time that this trailer goes live!)

And while I was at it, I did a few other things that don't seem worth detailing, in particular tweaks to the desaturation of level two's streets, and an adjustment to the position of the popup-menu for keybinding-profiles.