War for the Overworld

Tired of invading dungeons? It’s time you build your own. War for the Overworld is a Dungeon Management Game that employs your favourite aspects of the RPG, RTS and god game genres. In War for the Overworld, you will play as a malevolent Underlord with unrivaled dark power and an insatiable desire for bloody conquest. Excavate your dungeon and populate it with dozens of unique rooms that will attract myriad creatures to your halls to work and fight for you. In addition to creatures you have destructive spells and powerful rituals to cast upon any unsuspecting goodly hero (or rival Underlord) who dares trespass your unholy halls.

We’re partially back online after a few days of extremely unreliable internet, unfortunately we’re still suffering regular outages and this is making a few of our regular tasks difficult. Such as posting news or indeed uploading builds. We’re having another engineer drop by Subterranean HQ and hopefully we’ll have some resolution by friday.

As you may have seen a couple of days ago we posted our “State of the Game” video and retrospective, so as you can imagine we don’t have too much to report other than that so this we’re instead just posting a short recap of everything that’s happened this week.

On Monday evening we released a short video outlining the direction of WFTO’s future development. This video quickly encapsulates our plans moving forwards, you can view it immediately below!

Alongside the video we also posted a large retrospective on the launch development of WFTO, we’ve tried to be as comprehensive as we possibly could at the time and it provides some incredible insight into the trials and tribulations we’ve faced over the course of development. Pop on over and give it a read!

Shortly before the retrospective went up we also posted up a new patch which has addressed some critical performance issues facing a great deal of users. You can read the full patch notes over in our hotfix archive thread.

We’re still working on a number of other issues ranging from further performance optimisations to missings features but our top priority at this time is the “Too many Threads” crash that has been plaguing some players.

The Grimoire of Minions by Fireeye

This week we’ve also seen a fantastic Steam community guide written by one of our most dedicated community members come to light. The brilliant Fireeye has assembled this astounding compendium of units for both the Underlord and Empire factions.

Chock full of flavourful writing and useful information we highly recommend any Underlord worth their salt giving it a good read! Check it out over on the Steam site!

That’s it for this week Underlord we’ll be back next wednesday with some more news on our upcoming updates.

Until next time Underlord,
- WFTO Team

Click here to discuss this update on our forums!

War for the Overworld, Out Now!

Launch is just 8 days away and we're all getting down and dirty in the development of the game. This week's WFTO Wednesday looks at the new 3D Hand introduced...

WFTO Wednesday #115: No Rest for the Wicked

It's been a long week for us here at Subterranean Games! We've moved into a new office and we've just pushed the latest 0.7.3 patch! Read on for more...

In this week's WFTO Wednesday we highlight some more of the fantastic new changes coming in the upcoming 0.7.0 patch! Including the new design for the...

is the soverign theme supposed to change the imp apperance? they look the same (also, what is the raskos theme from? or is it just with the base game)

Oh my glob!! It's happening!

I just hope my laptop can run it.

Okies, you got my money, let the evil ensue.

Ahh, I remember seeing this at EGX 2013. Very much the Dungeon Keeper revamp.
But today I played it at Razzed 2015. Wow. It's like the DK we remember but the attention to detail is fabulous. The little details make the difference. Your gold piles have individually detailed coins. The decoration in the rooms like the bear heads on the walls of the Tavern, purple hue and books in the Mage room and the micro pigs in the slaughter pens are delightful.
There's also a tech tree which gives you skills to use on your minions, dungeon and especially against those evil heroes.
Great game and most impressive. It's Dungeon Keeper we love... only WAY better :) Great work.

Thanks for taking notice :)
We take pride in our work, and attention to detail is as important to us as it is to gamers.
Glad you stopped by at Rezzed!

So very much looking forward to this !!! will have busy days after April 2 :D . I have two questions : 1. What methods are you planning to combat piracy ? ; 2. What does your publisher actually do ? From my knowledge, you guys had a quite fantastic kickstarter ( and made a great job :) )

1. We're not actively trying to combat piracy, though the game is currently only available on Steam, we expect cracks will happen, especially when we release the DRM-Free version and ultimately our development time is better spent elsewhere.

2. Sold-out are our Publishing Partner, they're responsible for producing, distributing and marketing the physical copy of WFTO. See this FAQ for more. Wftogame.com

Simply put they help us reach a wider audience and we get to keep complete control over our game. They've not invested in development or taken over the project beyond investing in physical production and marketing. :) 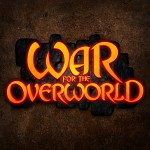 Twitter
Tags
Embed Buttons
Link to War for the Overworld by selecting a button and using the embed code provided more...

Against the Storm Real Time Strategy