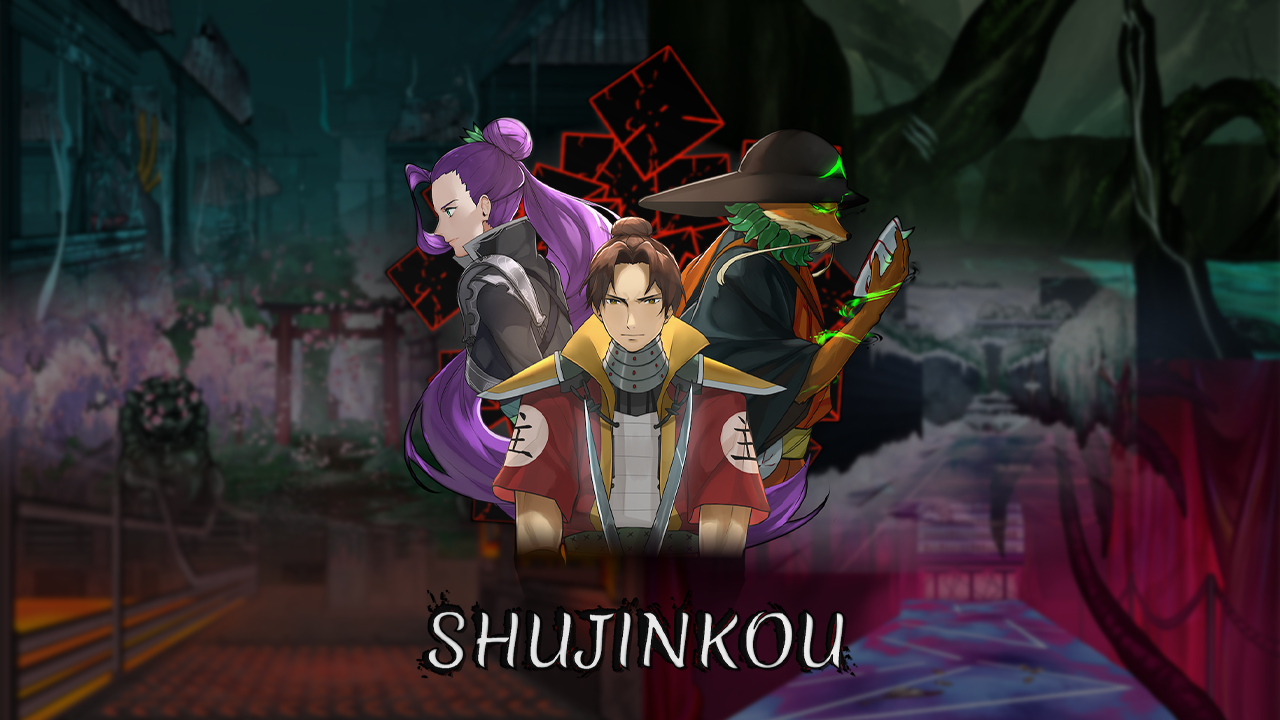 Shujinkou (主人公) is an in-development Japanese role playing game that focuses on story and gameplay while providing players with the option to learn Japanese while they aim to save the world and defeat the 'Akuma'. Targeting the PC, PS4 and PS5, and Nintendo Switch, Shujinkou will facilitate learning Japanese in its main story from the JLPT N5 to N3 standards.

We have designed Shujinkou so that those who are native or fluent in the language will have an equally, if not more fulfilling, experience using a language they have command of in this 80+ hour epic. Shujinkou provides players with a world that has so seamlessly integrated the Japanese language and culture integrated such that every battle, NPC conversation, and more, will teach them something new.

With an art style influenced by modern JRPGs and a modernized style of Ukiyo-e, a Music Team led by Brian LaGuardia, a formal apprentice to The Avengers' Alan Silvestri, and Programmers that attended prestigious universities like UCLA, Stanford, Cornell and have work experience at companies including Unity, Bungie, Panasonic, and Microsoft, the team at RICE GAMES is gearing up to provide the ultimate JRPG experience to gamers that are passionate about anime, deep and enthralling stories, and everything Japanese!

Check out Shujinkou's newest trailer (5 minutes!) above, and look forward to the next trailer, Battle, coming out soon. You can find Shujinkou and wishlist it on Steam-- it's currently featured on Steam as one of the entries being showcased by the 2020 Tokyo Game Show! 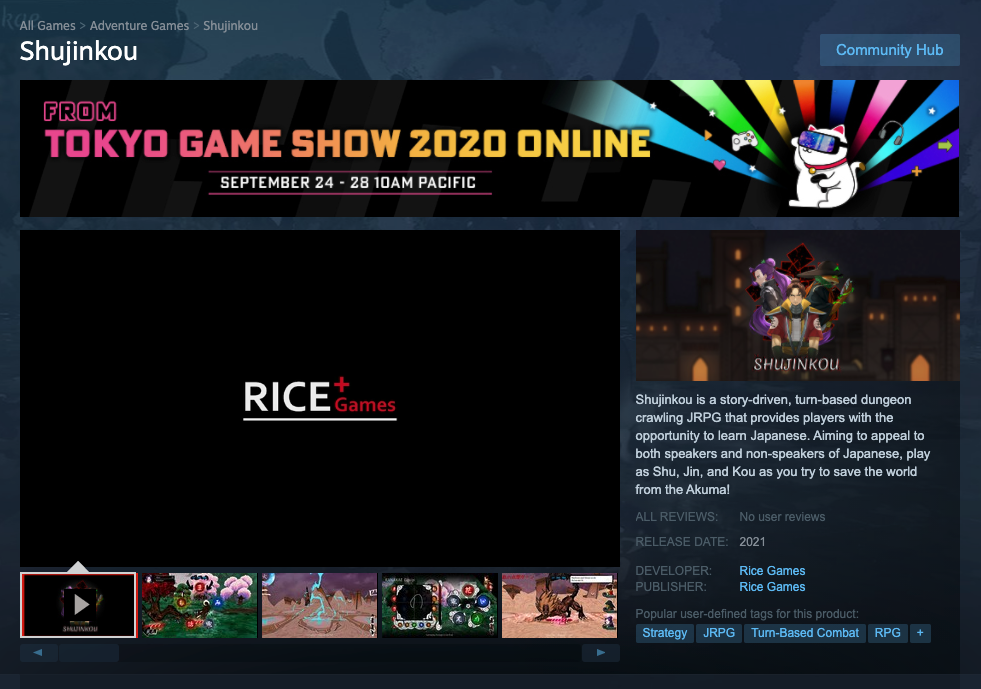 Have you seen our Second Trailer? If not, check it out below:

The Shujinkou development team at Rice Games has secured $40,000 to help bolster development and bring their Japanese language learning JRPG to the market...

Check out discounted backer rewards now that we have reached over $10000 in funding and secure a chance to have your dream character appear in Shujinkou...

Check out the Kickstarter for Shujinkou, a Japanese language learning action RPG being developed for the PC (Steam), Nintendo Switch, Playstation 4, and...

Learn how players will be able to learn Japanese hiragana, katakana, and kanji and defeat malicious demons with this action-packed gameplay mechanic!

Tenebrae - Twilight of the Gods Adventure