Assume the role of Michael - just an ordinary guy who managed to discover the pathways leading under his hometown, right into the unexplored underground kingdom of Dargratt. By a strange set of events and coincidences, Michael meets the royal family, now it’s up to them to decide what is going to happen with him next…

Mondealy State of the Game - November 2021

I've long had plans for interchangeable clothing, hairstyles, and hair accessories. I knew it would require a huge amount of work, but I was ready for it.
You will have four hairstyles, four clothes (including standard options), and three hair accessories available. Here are preview versions of the menu for selecting these items. 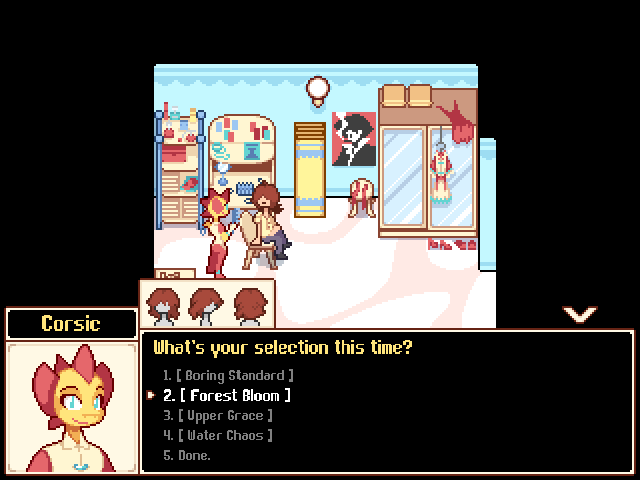 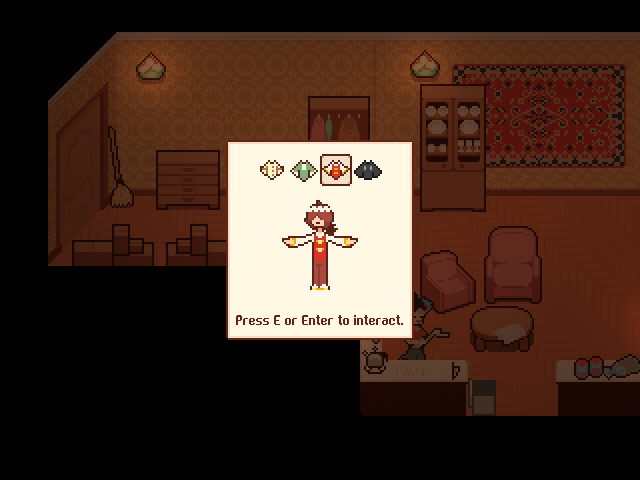 The additional Water District locations are almost complete. It may have already been more colorful than many of the other locations, but it's still very small. I have great ideas for improving the area and I'm slowly implementing them.
Finally, I began work on the infamous Upper District. This location is something of an experiment for me, both in the way it's created in the engine and the way I draw it in the external editor. At this point it's probably the largest and most detailed location in the game.
Unfortunately I'm not ready to show the Forest District yet, it's still under active development, but there's another very entertaining mechanic planned there, similar to Rufus' house. 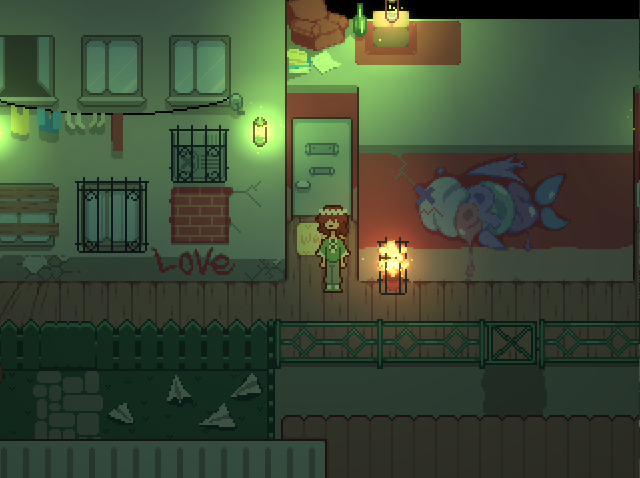 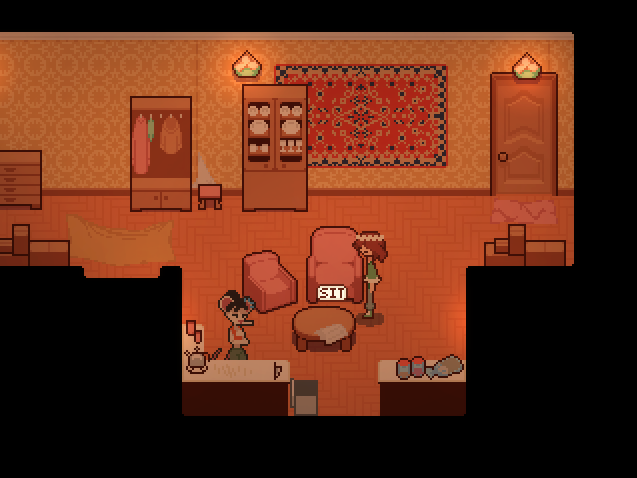 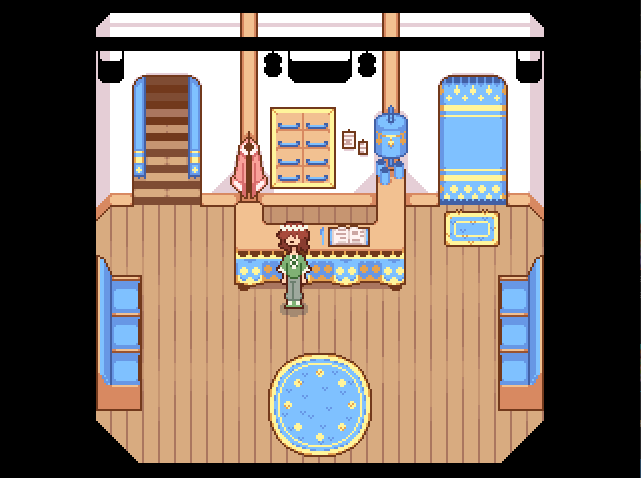 The normal surface world in Mondealy was created a long time ago. It's boring, unsaturated, and it's unclear what to do with it next. But I have some ideas.
In a few days, I implemented one of them: adding car traffic to the main road. They are carried with you when you go to the next location and they have spatial sound with a Doppler effect.
And yes, you can run under them if you want to. You'll find out for yourself later on what happens.

Improvements to the Main Menu

I didn't like the old contacts tab and wanted to move it to separate function buttons.
That's what I did, while also improving the control from the gamepad and keyboard within the menu. As a consequence, I improved the behavior of the mouse cursor with these buttons too.
All of these improvements will come in handy on Steam Deck.

To my surprise, even the current, ill-suited version of the game has a group of people trying to get through it as quickly as possible, whether for the sake of achievements, or overall completion.
One thing many of them have identified is that skipping through the dialogues as it is now takes a tremendous amount of effort and gets your arms tired quickly. I decided to make a move and introduce a speedrun mode that can be activated after the first completion of the game.
This mode isn't much different from the standard game. It has a time counter, which is always visible during the game and displays the ability to control the main character. But most importantly, it automatically skips dialogues until they are over or until a line with choices.
I also plan to be able to enter a fixed Seed for the game.

Dialogue boxes with choices will become neater and more compact, the choices themselves appear faster and are grayed out if you've already selected them during one dialogue. Instant selection of dialog options will also become available by pressing the right number on the keyboard. Here's a before and after option:

Beyond that, of course, there are a lot of other little things, improvements, fixes, and additions, but it will be best to see them in person, in the new versions of the game.

There is one final update planned for Mondealy: Day One, which will improve the whole game and the intro. I assume that after that, the chances of compatibility of the saves will maximize, but I would prefer players of the final version to go through it from start to finish without using the old saves.
The update, however, is planned for around February, along with Steam Fest. It will not expand the game, but only improve the existing one.

The full version of Mondealy requires more time, but for now the release is scheduled for the first half of 2022. If all goes well, the game will come out in that timeframe. And yes, I'm looking forward to it as much as you are!

Thank you all for your attention, I hope this experimental post was of interest to you! And please, leave feedback about it in the comments.
Regards, uglycoal

Don't forget to add to your wishlist the full game on steam!

Let us sacrifice old progress and awkward files, to let new beautiful save system to thrive

MONDEALY: DAY ONE is Out Now!

MONDEALY: DAY ONE is Out Now! Get ready to meet, explore and unravel!

Plans. The Release of The Prologue Soon

This is my 2D/Pixel RPG game that is also a romance!